To the glory of ancient times

The 14th edition of the much-awaited Monaco Classic Week was dedicated to the United-States. And the rendezvous of ancient yachting has welcomed the Ester, back from the dead after 75 years on the sea bed.

The Monaco Classic Week was born a quarter of century ago. To think that, at the time, this event was meant to be a one-shot. Over the years, this biennial has become the not-to-be-missed rendezvous of lovers of ancient yachting. At a time when technology did not exist, at least not as we know it today. Sailing was then a great adventure, even if it still is today. Things are just easier now. But that is not the point. From September 11th to 15th, the Yacht Club de Monaco (YCM) hosted over a hundred vintage sailing and motor yachts and motor. A journey back in time, punctuated by Elegance, Chef and Restoration competitions, but regattas, themed evenings and anniversaries.

The strollers used to the see yachts in Port Hercules must have been surprised. “We welcomed 124 units, including motorboats, 12-foot Dinghies, the metric classes plus traditional sailboats,” explained Thierry Leret, in charge of the Monaco Classic Week. This edition gathered a fine line-up of beautiful boats, spread over eleven different classes, including big Boats, schooners, classic Marconi fleet, the p-class but also smaller units like 12-foot Dinghies. There were also the metric classes (6M, 8M, 12 M), plus of course the 15 MIR which includes the YCM flagship Tuiga. “The 8M IR asked us to organize the World Cup in Monaco within two years”, said the manager. The event actually attracted more boats than in 2017, including many newcomers. “We welcomed the International Schooner Association and the Metric Classe for the first time”. Among them, the schooner Atlantic, which in 1905 set a record for an ocean crossing of 12 days and 4 hours, 1 minute and 19 seconds.  It was not until 1980 that this record was broken by Eric Tabarly.

Among the newcomers, one of them did not go unnoticed. A gaff from the early 20th century, recently raised from the depths of the northern waters.  “Ester was a bit revolutionary dominated the podiums between 1901 and 1912, and also 1916″, explained Thierry Leret, an expert on the history of these sailboats, as he recalled the fabulous story of this true Formula 1 of the seas. “Afterwards, she was turned into a cruising boat, before she sank, one day, in the Scandinavian waters.” The tragedy occurred during a fire in 1939. Some said the crew members pierced the hull before leaving, which prevented the hull to break in the process. Surprisingly preserved after 73 years underwater, the racing yacht was refloated 7 years ago. “She stayed all this time on the seabed, in a barely salted water, surrounded by a lot of mud, which contributed to her preservation. After hearing this story, a gentleman searched for the wreck, and via an association gathering lovers of this boat, she was restored to her former glory. Seeing her here in Monaco is exceptional.” And for her first public reappearance, Ester has begun her next chapter with another beautiful story, since she won the La Belle Classe Restauration prize.

If the Swedish gaff piqued the curiosity, the focus of this edition was definitely on America. “We chose this theme, because European boats and William Fife’s design were often put forward. We wanted to present American architects and boats, like Nathanael Herreshoff, John Alden…”, explained Thierry Leret. Although sometimes less famous here than their European counterparts, they all enjoyed a beautiful exhibition during this week. And highlighting the USA was also “a way of putting the Metric Classe back in the spotlight, along with the evolution of the America’s Cup and our friendship with the Manhattan Yacht Club,” said the event manager. And since the Monaco Classic Week invites both sailing and motorboats, the Chris Craft motorboats were also present. It was not uncommon to get a glimpse of crews dressed in an outfit representing the starry banner. And, as pointed out Thierry Leret, this theme also had a historical and family symbolism, “since there is of course this dual identity of our Prince-president “.

A gathering  and a competition

There is always a pleasant atmosphere when strolling along the quays during the Classic Week and its small village gathering exhibitor stands dedicated to yachting and tradition: photographs, paintings, architects, sea clothes, associations… But this week also offered its share of competitions. “It’s a dual event. It is first a gathering of traditional boats, with a distinct feature since we are the only ones to bring together motoryachts and sailboats. And of course, there are also races and sports, because in the past, these ships were regatta boats, and owners want to play with them.” Each class had then its own competition, and 18 races were held during the week. Among the various results, the American p-class “Chips dominated its category”, said Thierry Leret. Restoration, Elegance and Chefs competitions also punctuated the week. “We wanted to place emphasize on these boats, but also on their owners who sometimes spend a great deal of money to restore them. We must pay tribute to them for varnishing them all year round and restoring these vestiges of the past.” Among these different competitions, the Chef’s competition was quite popular and excited the taste buds, as 15 of the best candidates presented on the quay the dishes they had to prepare on board. And 2019 was marked by the coronation of schooners, since Germania Nova won this contest and Puritan was awarded the Monaco Classic Week trophy (synthesis of the Elegance and Restoration prize).

Along with the Classic Week, several ships celebrated their anniversary, such as Tuiga and Lady Tweeks, both 110 years-old this year, and Tigris, 130 years-old. For the event manger, the week culminated with “the parade organized in the marina, escorted by Chris Craft. It was a powerful image and a great moment for all of us.” This concluding moment reflects the spirit of the Classic Week, as Thierry Leret explained. “Seeing a 110-year-old boat, outside a museum, fully capable to race, is something unique. The curators of the Mystic Support, the US National Maritime Conservatory, told me that ‘it’s completely crazy, because you have all these boats and you still play with them, you take risks on regattas and starts, it’s fantastic to see them still alive”. 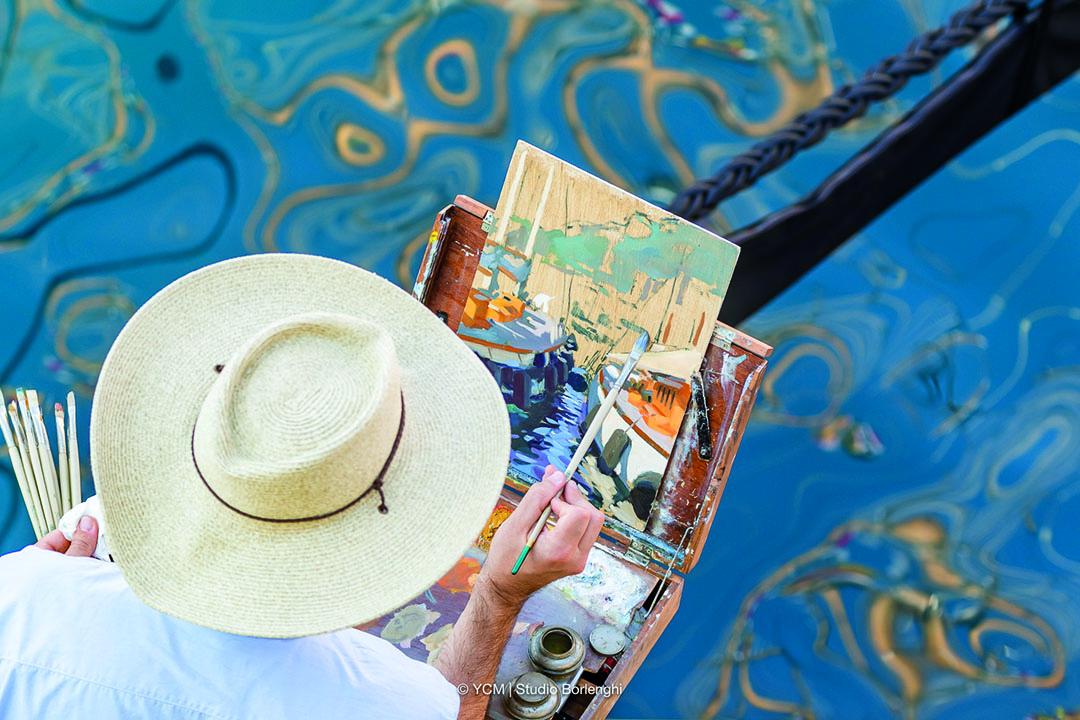 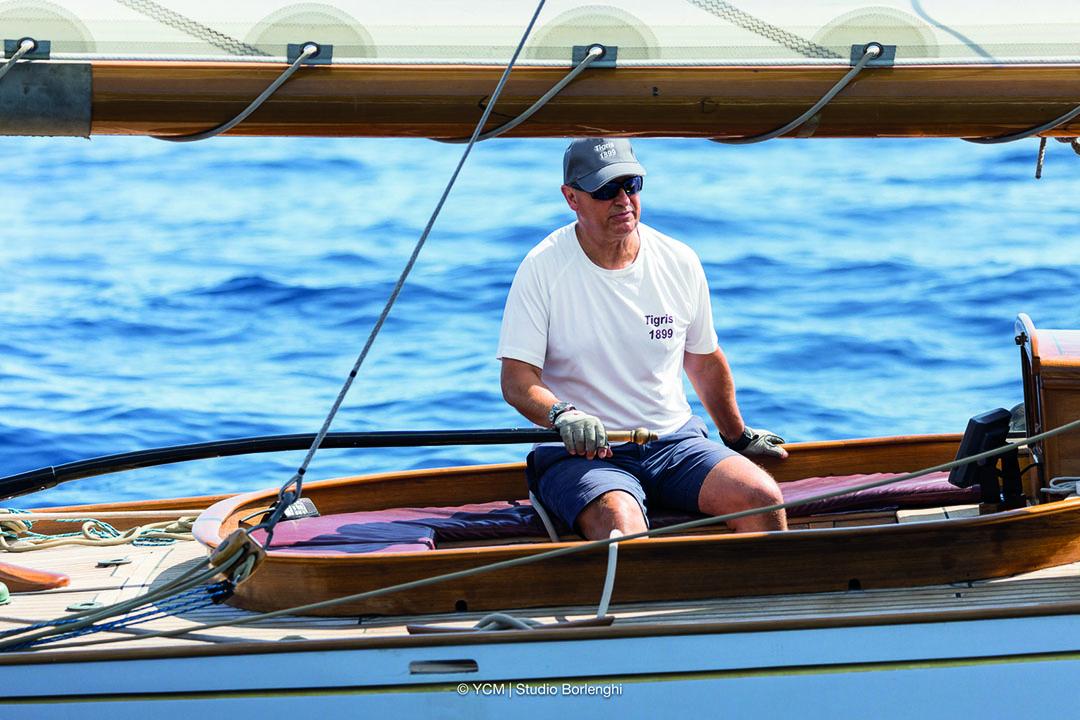 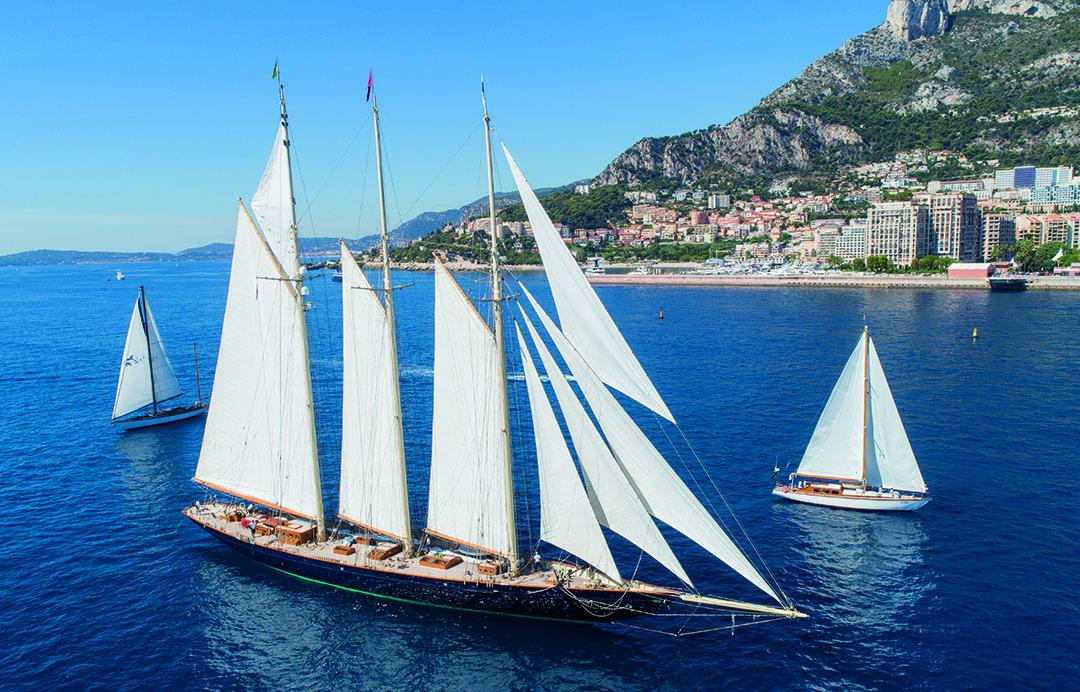 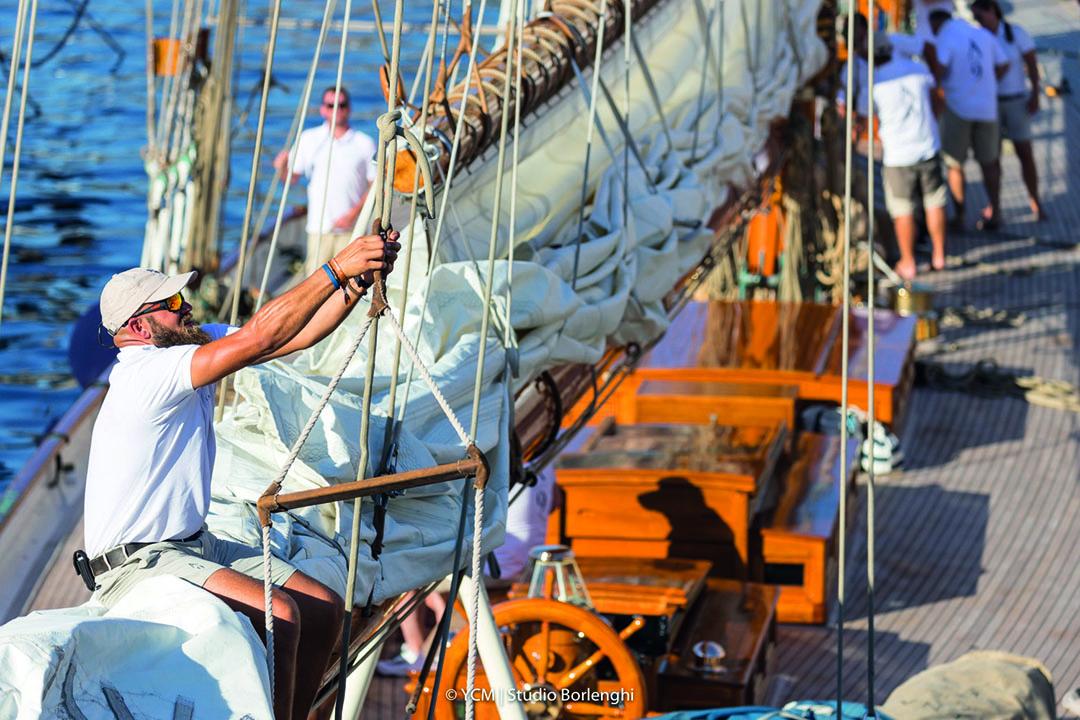 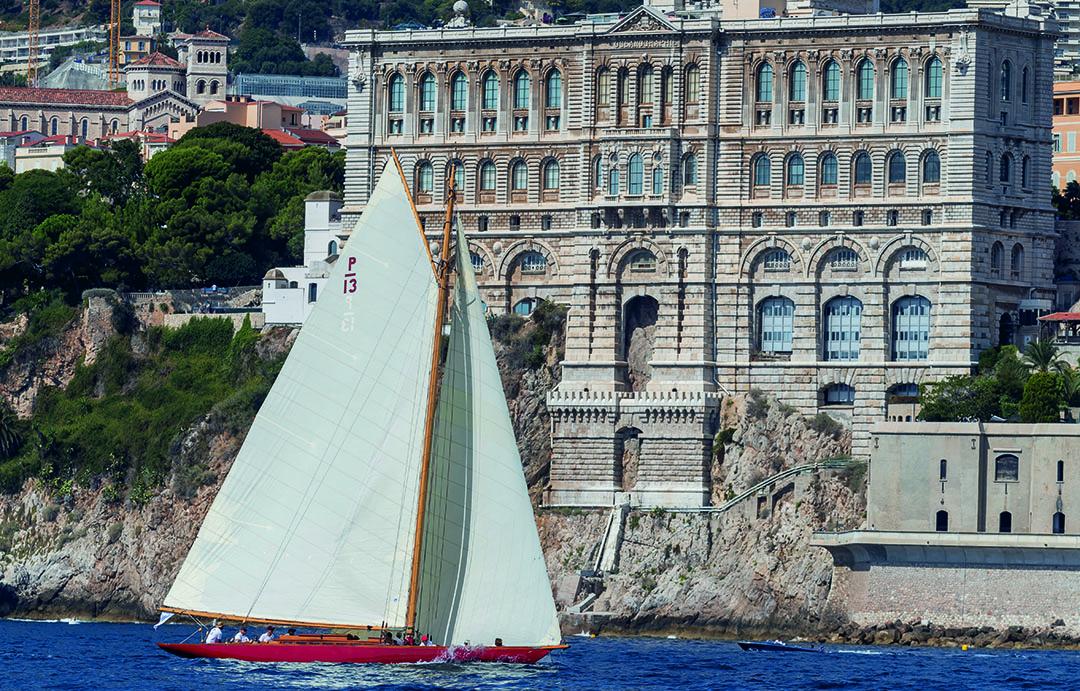 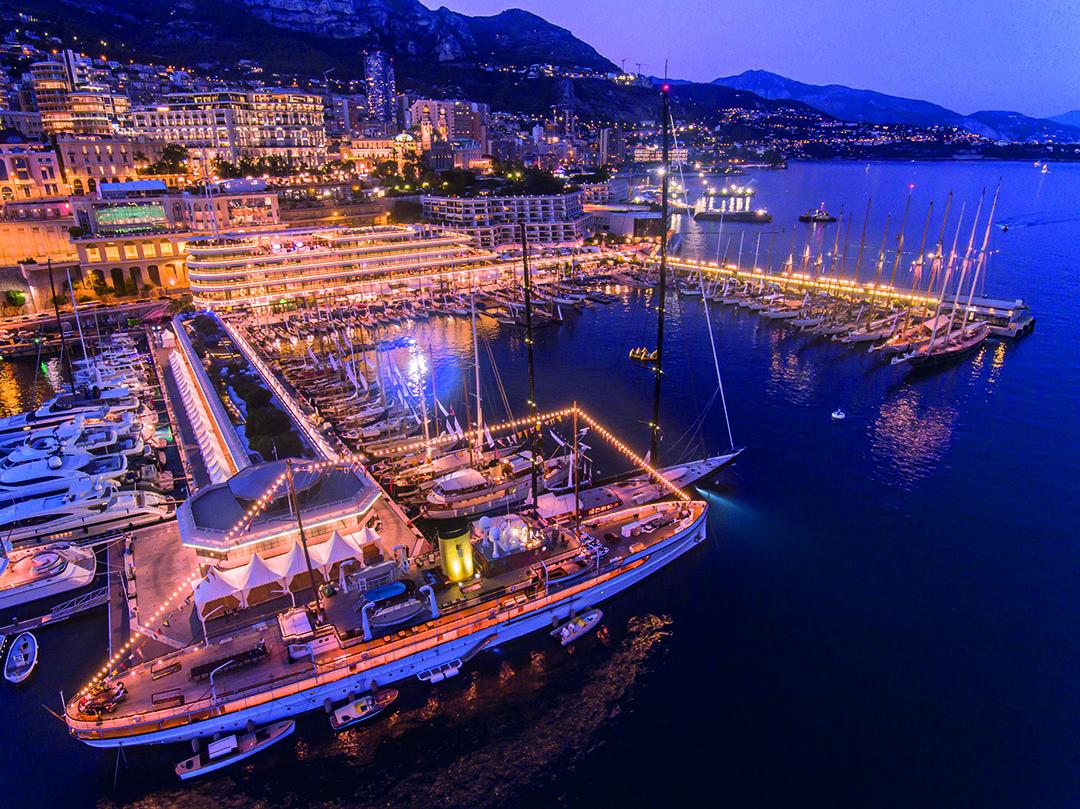 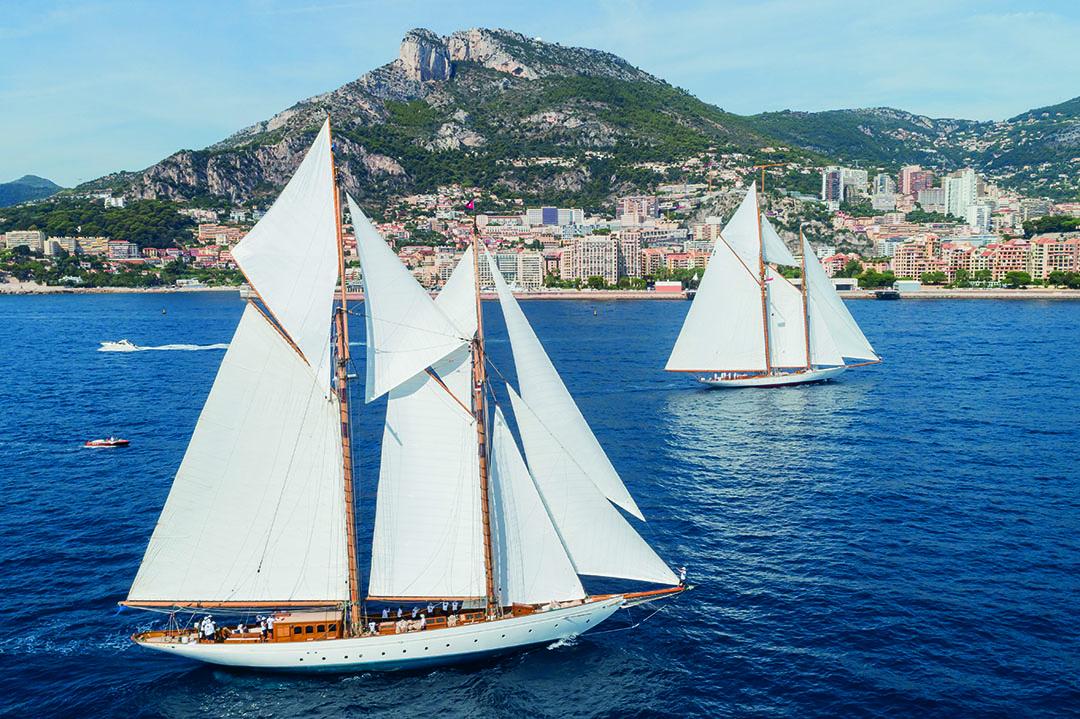 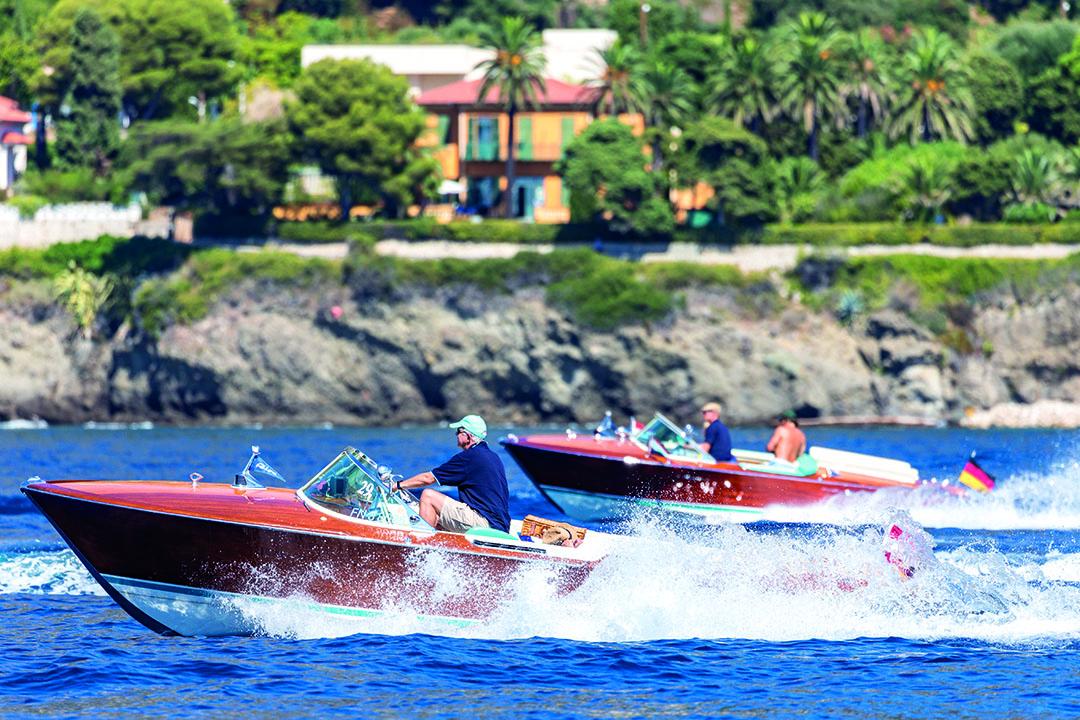 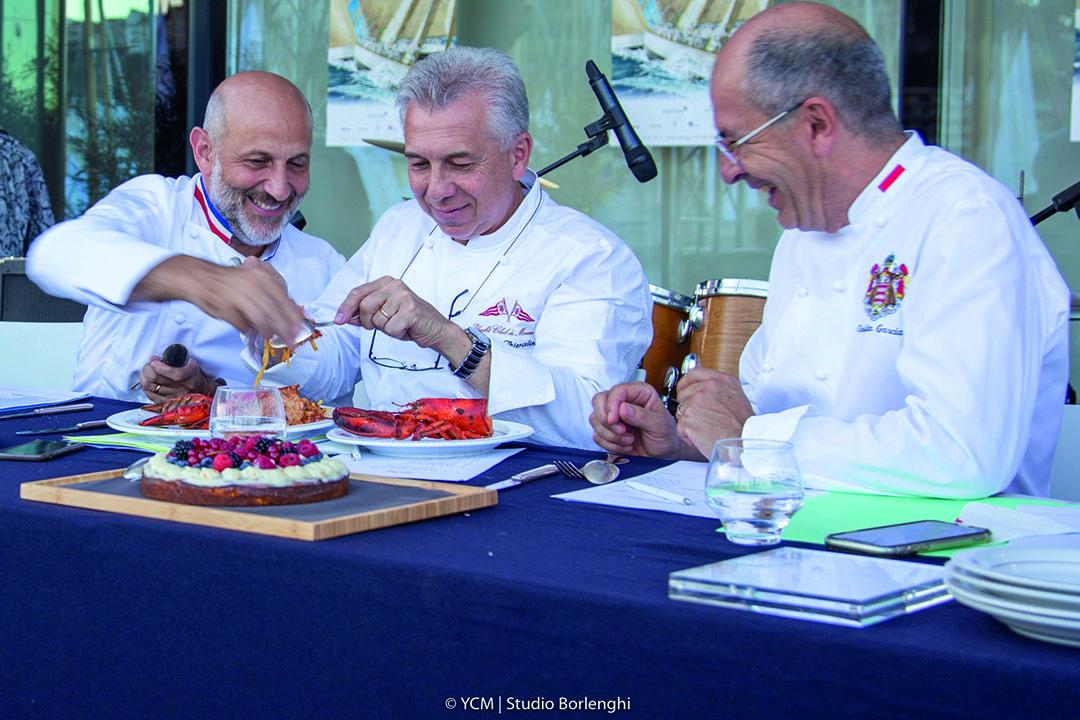 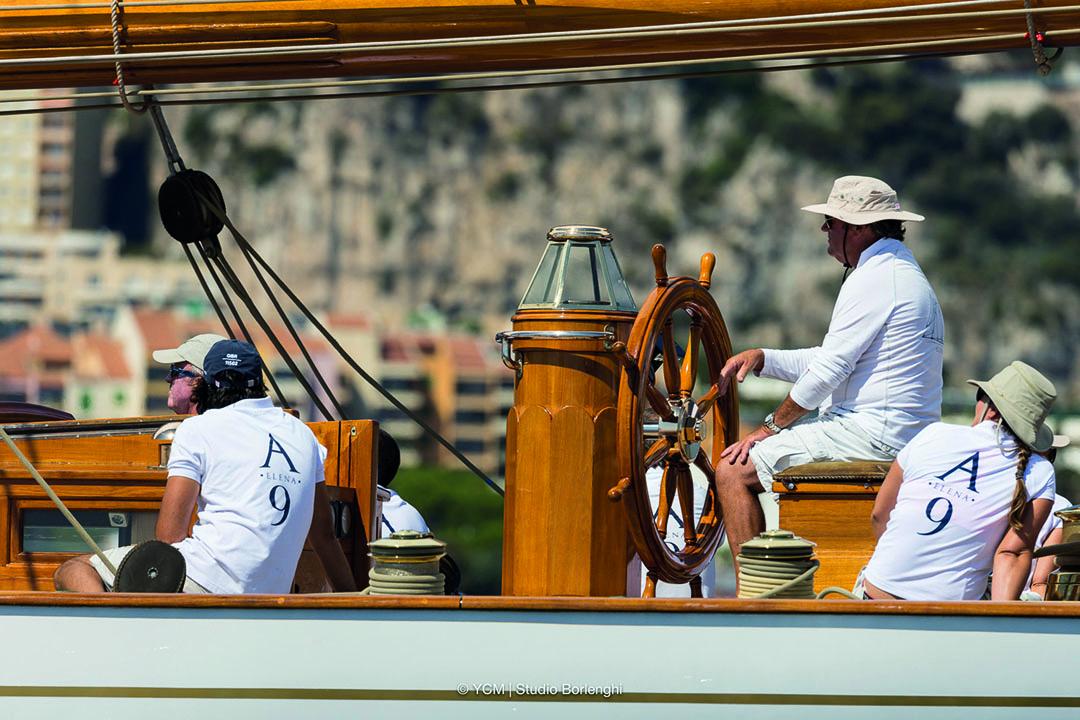 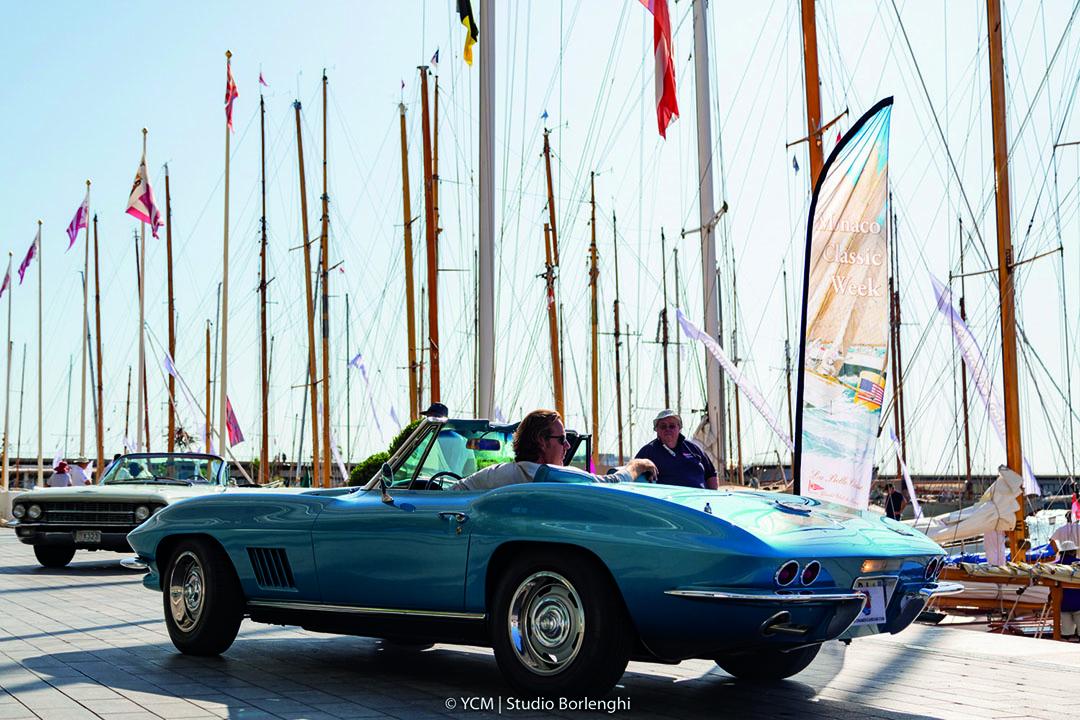 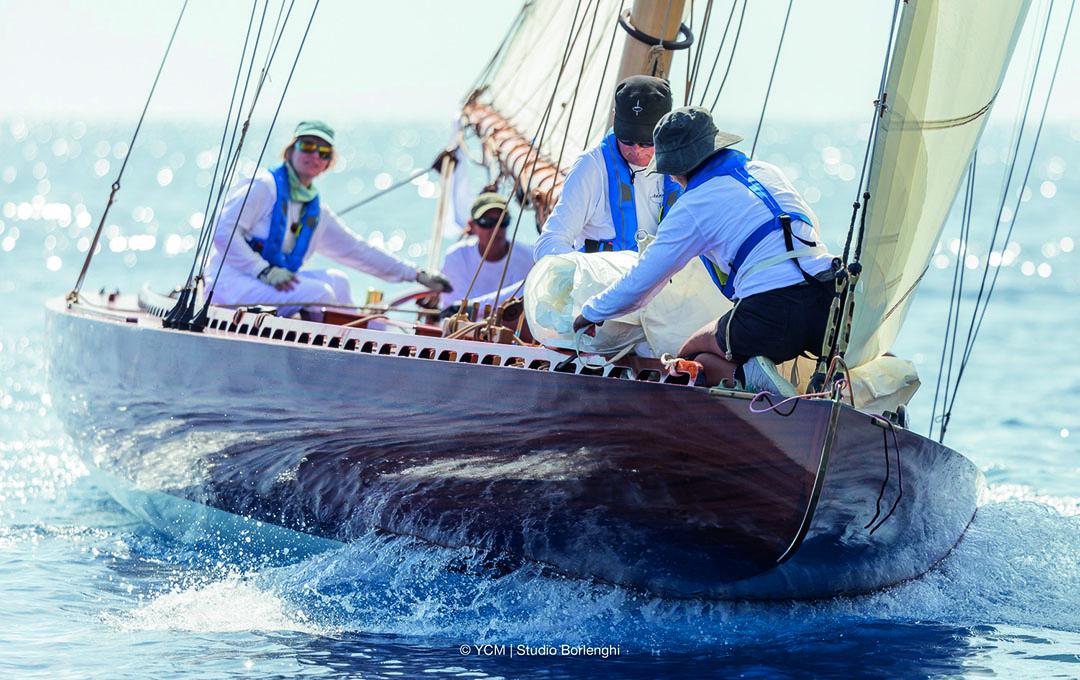 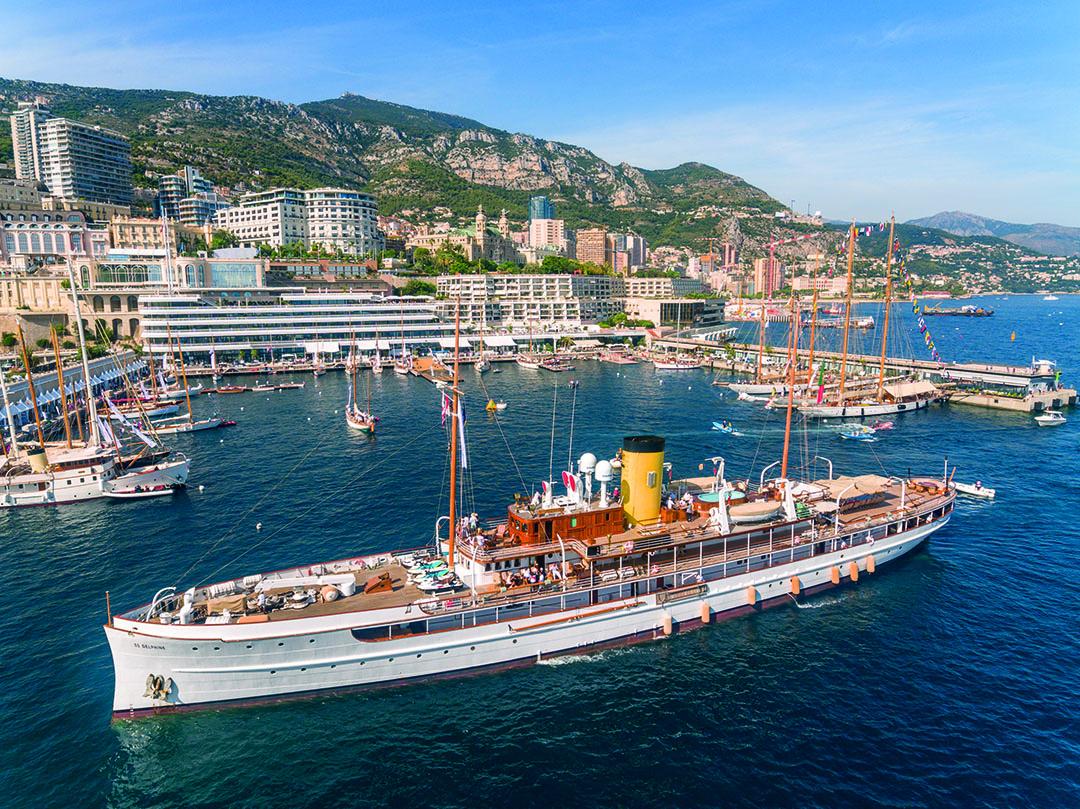