Monaco, a land of innovations

Home » Yachting in Monaco » Monaco, a land of innovations

Driven by visionary princes and an outstanding global influence, which has attracted the world’s top decision-makers for decades, the Principality has become a place of innovations. Starting with the yachting sector.

No matter where you are in the Principality, it never ceases to amaze with its pioneering ideas. It owes its current physiognomy to its Princes who, over the decades and reigns, have given it an inescapable international status. A place where the world leaders, entrepreneurs, businessmen, aristocrats or royalty, have gathered to meet the challenges of their time. And among them, yachting. The history of the Rock and its Princes being intimately linked to the sea, it was only logical to see it contribute to its evolution. It was under the reign of Charles III that the country entered its modern history. After his coronation in 1856, he ambitioned to make his country a showcase for yachting and technological innovation. While its first regatta was held in 1862, Monaco was going through great upheaval on land. The railroad was inaugurated in 1868, opening up a Principality until then only accessible by sea or mule track. At the same time, the Monte-Carlo district, its Casino and the Société des Bains de Mer (SBM) were born. “The creation of Monte-Carlo was a major event. From then on, things accelerated”, explained Monegasque historian André Z. Labarrère. “In 1888 was created the Société des Régates. That time saw also the intensive development of international regattas. Regattas in Nice or Cannes were prestigious from a sporting point of view. But, here, the particularity of being a Principality gave it something more”. An aura which attracted a rich clientele coming from Great Britain, Northern Europe or the United States, seduced by the quality of life and the mild winters; and who stayed for a few weeks, or even a few months, entertained by the many events organized by the SBM. Casino, trapshooting, flower parades at sea or regattas where competed their boats… Monaco was at the starting point of a prosperous time that reached its peak during Albert I’s reign (1889-1922). It must also be said that the “Scholar Prince” or “Navigator Prince” was a visionary, a precursor with a passion for science. “There were many innovations in Monaco: the weather balloons, the first asphalted road or even the first helicopter”, recalled Thierry Leret, race director and manager of La Belle Classe Tradition at the Yacht Club de Monaco (YCM). “We can see that it is a whole. There was a favorable ground here because there was a neutrality, a convergence of all the European countries in a festive place.”

From motorboat to aviation

Regarding yachting, it was the famous Exhibition and International Motorboat Meetings, that would “take place in the great dates in the history of yachting” and of the Principality, as Prince Albert I predicted during the first edition in 1904. This competition, launched by the SBM president Camille Blanc, and Georges Prade, editor-in-chief of a Parisian sports magazine intended to offer an original and international event to this rich clientele. This neutral venue also offered an unequaled playground to the manufacturers of internal combustion engines who had seen their momentum interrupted in 1903, after land motor racing was banned because of fatalities. Fitting the engines on boats “was simpler. There was no concern about transmission. At the output of the engine, there were a shaft and a propeller. There was no braking, nor steering. Plus, they were mounted on something already existing “, Thierry Leret specified before stressing that these first meetings gathered “steam, already electric, even if we tend to forget it, fuel … the first years, there was everything. But they realized that despite all the criticisms – noise, smoke or sometimes explosion – these engines were the most efficient, the fastest and the most consistent one, those who went the furthest… They were the future! “ And as an innovation never comes alone, after perfecting the engines, the hulls underwent a throughout examination, as Thierry Leret explained: “Their shapes have started to evolve and become planing hulls. With the same engine, boats were faster and required less energy. It is thanks to these stepped, planing hulls that they were able to ‘take off’. Monaco had become a microcosm with financial means and no intellectual limitations. Then, people wondered why the propellers were in the water, and not in the air. So they designed airboats, which was a kind of flat pontoon, with a planing hull, and that’s how hydroaeroplanes were born”. At that time, Monaco also became one of the high places of the burgeoning aviation. In 1910, Henri Rougier achieved there the very first flight over a mountain, after a first take off from Quai Antoine 1er. The following year, Henri Fabre came to the Principality to present his hydroaeroplane, based on the motorboats techniques. “The plane took off once, and crashed the second time. Yet it was a success. People had seen a plane take off from the water, the Prince found it fantastic. This was a great era because the following year a hydroaeroplane meeting took place”, Thierry Leret related.

But very quickly, geopolitics put an end to this prosperity. “The First World War turned the world upside down,” historian André Z. Labarrère explained. “The death of the Prince was also a driving factor. He had such a personality that his death mitigated this impetus, regardless of the fact that money was no longer in Europe. Then we had to wait until the 1960s, because even though things were still happening in the 1930s, it had nothing to do with what had happened until 1914.” Prince Rainier III gave a new impetus to the Rock. And on its yachting. The Sovereign, who ascended to the throne in 1949, was also a sailing enthusiast. Convinced that “the future of Monaco lies in the sea” and of the yachting potential, he wanted to create a yacht club that would be “one of the major elements in the development of the port of Monaco, the spearhead of tourism in the Principality”. Thus, in 1953, the Société des Régates gave birth to two entities: the Société Nautique, for the rowing part, and the Yacht Club de Monaco for yachting. Under the leadership of this “Builder Prince”, the Principality began to take on the appearance we know today. Starting with Port Hercules, which features major innovations: the first floating pontoons and the very first dry port created by the famous Carlo Riva at the end of the 1950s. Actually, this storage tunnel, dug with dynamite under the Rock, still houses the famous varnished mahogany motorbats of the eponymous brand, so appreciated by Prince Rainier III. Finally, in the early 2000s, the semi-floating sea wall, attached to the embankment through an innovative metal ball joint, completed the metamorphosis, protecting the port.

From one Prince Albert to the other

This momentum for yachting still continues. In 1984, Hereditary Prince Albert became president of the YCM. A seasoned sailor too, he got from his ancestors his passion for the environment and the will to remain a leader of the world’s yachting. In 1994, he created the Monaco Classic Week, the first gathering to jointly honor traditional sailing and motor boats, showing the club’s attachment to the sailing heritage and to its first motorboat meetings. Relying on the past to build the future could also define the “La Belle Classe” label, created in 2005, which aims in particular to “unite owners around a Charter promoting essential values: respect for etiquette, protecting the environment, preserving our maritime heritage and encouraging innovation in the superyacht sector”, as the institution’s website reminds us. In 2014, the inauguration of the new YCM, on quai Louis-II, has opened a new chapter in Monegasque maritime history. Designed by Lord Foster, this state-of-the-art clubhouse, nicknamed “the liner” because of its size and shape, offers a prestigious setting for events that matches the Principality’s ambitions, and has ever since proven its dynamism. As a symbol, a few weeks after its inauguration, the club organizes its first “Solar1 Monte-Carlo Cup”. This very first solar boat race quickly became one of the major meetings of engineers and shipyards in search of the propulsion systems of the future. Since then, the event has broadened its focus and taken on several names to become, since 2019, the Monaco Energy Boat Challenge. “It may be hydrogen, solar or fusion engines powered by plastic. We’re open to everything, just like at the beginning of the last century…” Thierry Leret said. It must be said that the Monegasque aura has never fainted… It still welcomes entrepreneurs, businessmen, financiers and other creators. Many shipyards, architects and designers have also established offices there. The Monaco Yacht Show (MYS) offers each year a unique showcase on a global scale. And let’s not forget the YCM, which today has 2500 members of 73 different nationalities. “Monaco is not just a place to gamble in a casino. It’s an innovation ground and a fantastic showroom,” Thierry Leret reminded. The club regularly organizes events for major players discuss their latest progresses. Like its “Environmental Symposium”, held every year as part of the Monaco Ocean Week, or more recently the “Monaco, Capital of Yachting Experience”, organized in September 2020, which saw the launch of the SEA Index, created in partnership with Credit Suisse, which is a tool designed to calculate the yachts impact on the environment, and to support the industry as it transitions towards a more eco-responsible future. Note that next September, right before the MYS, the YCM will host the 1st Monaco Smart Yachting & Marina Rendezvous, organized by Monaco Marina Management, whose “objective is to present new innovative solutions that help protect the environment, the ultimate goal being to design more virtuous marinas”. The story continues. 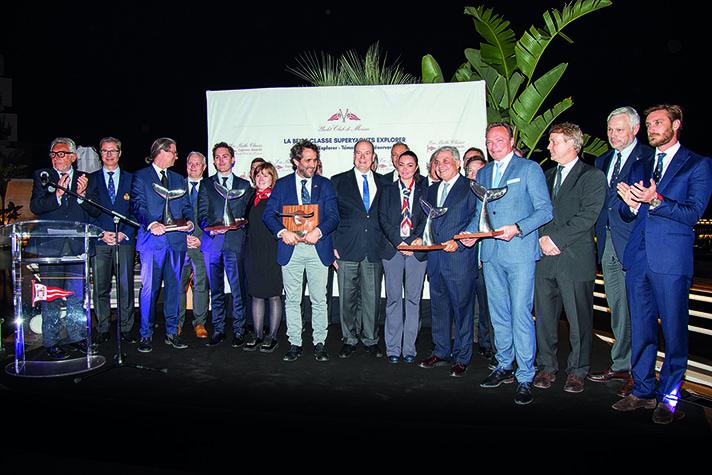 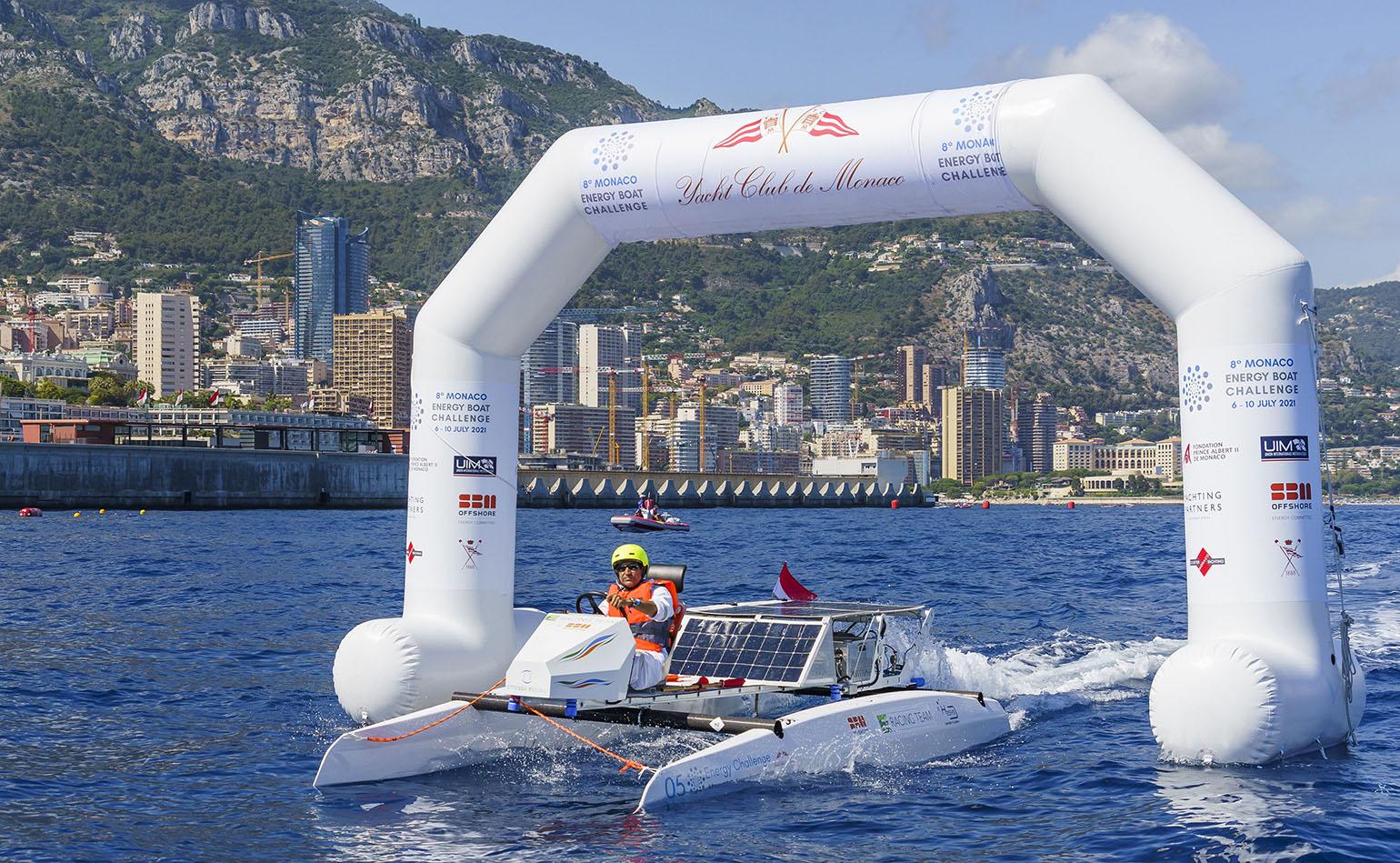 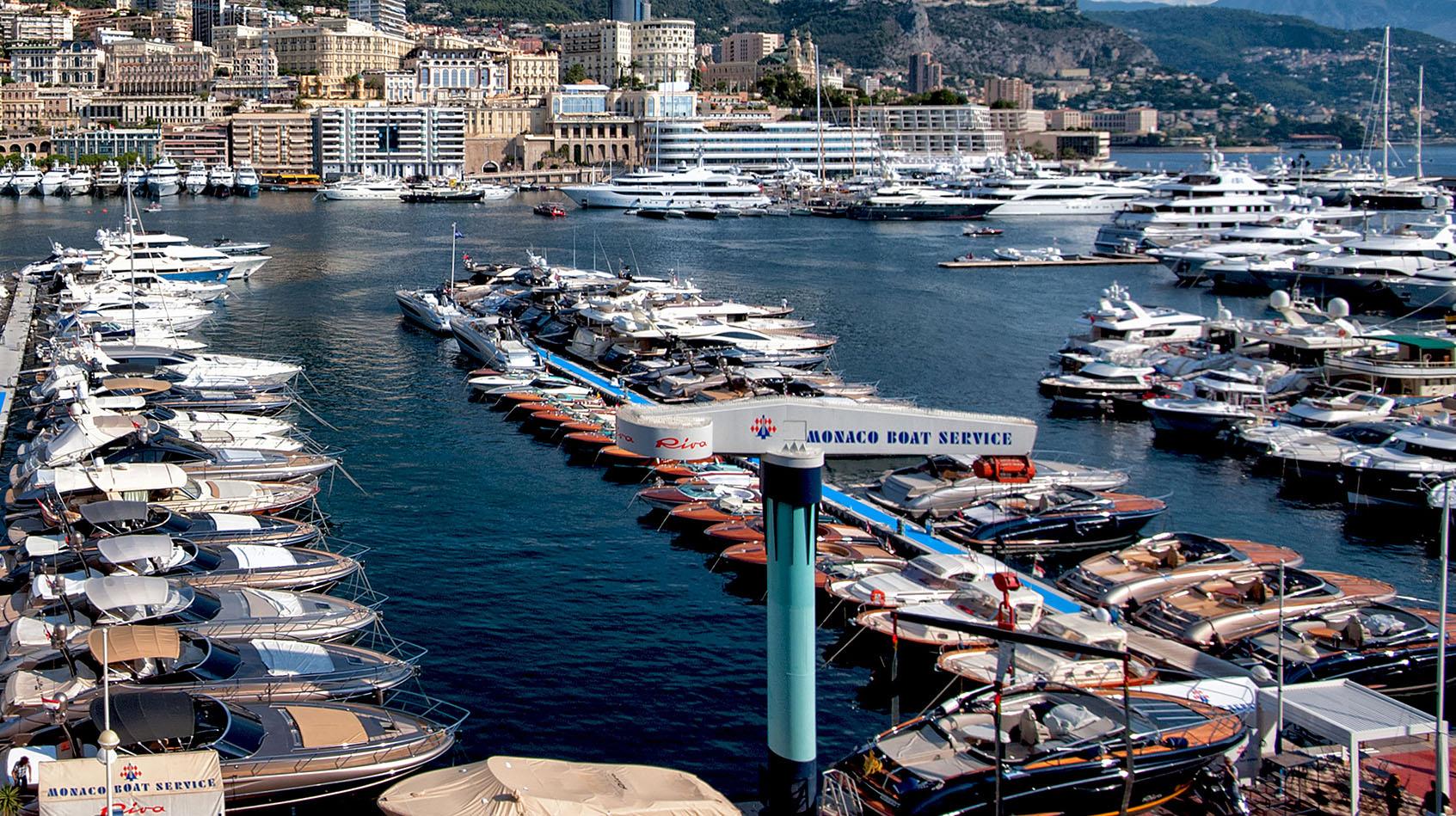 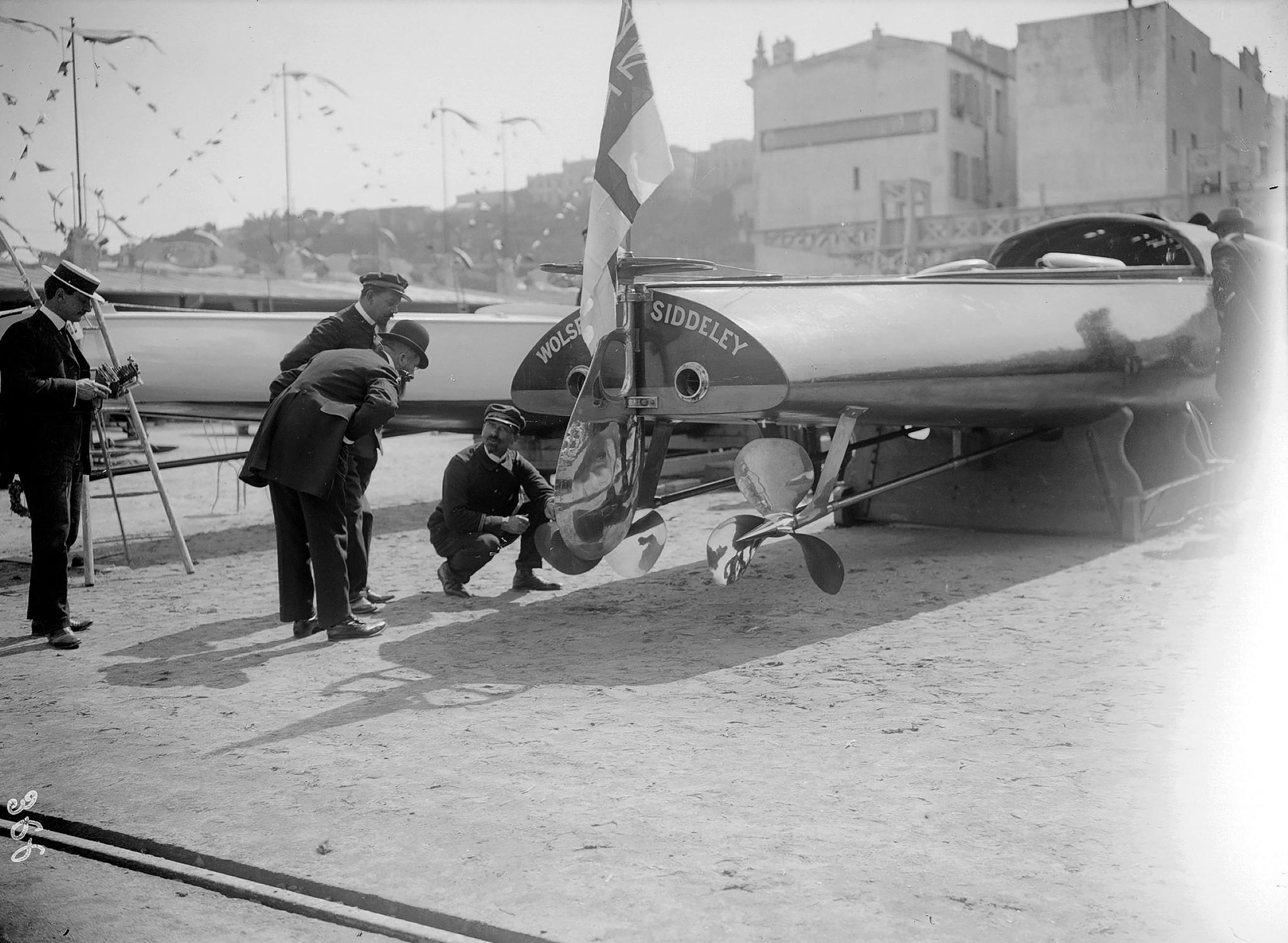 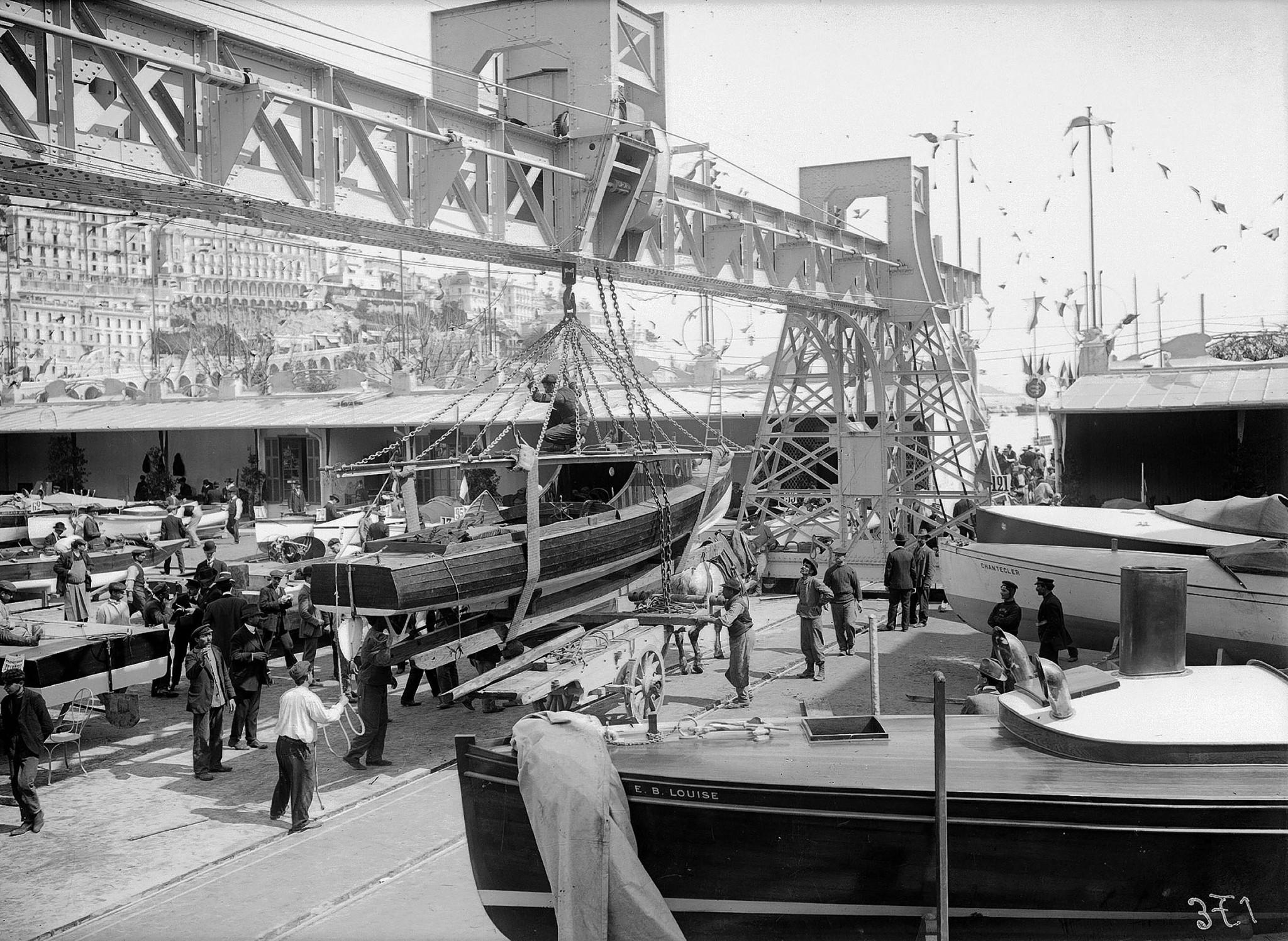 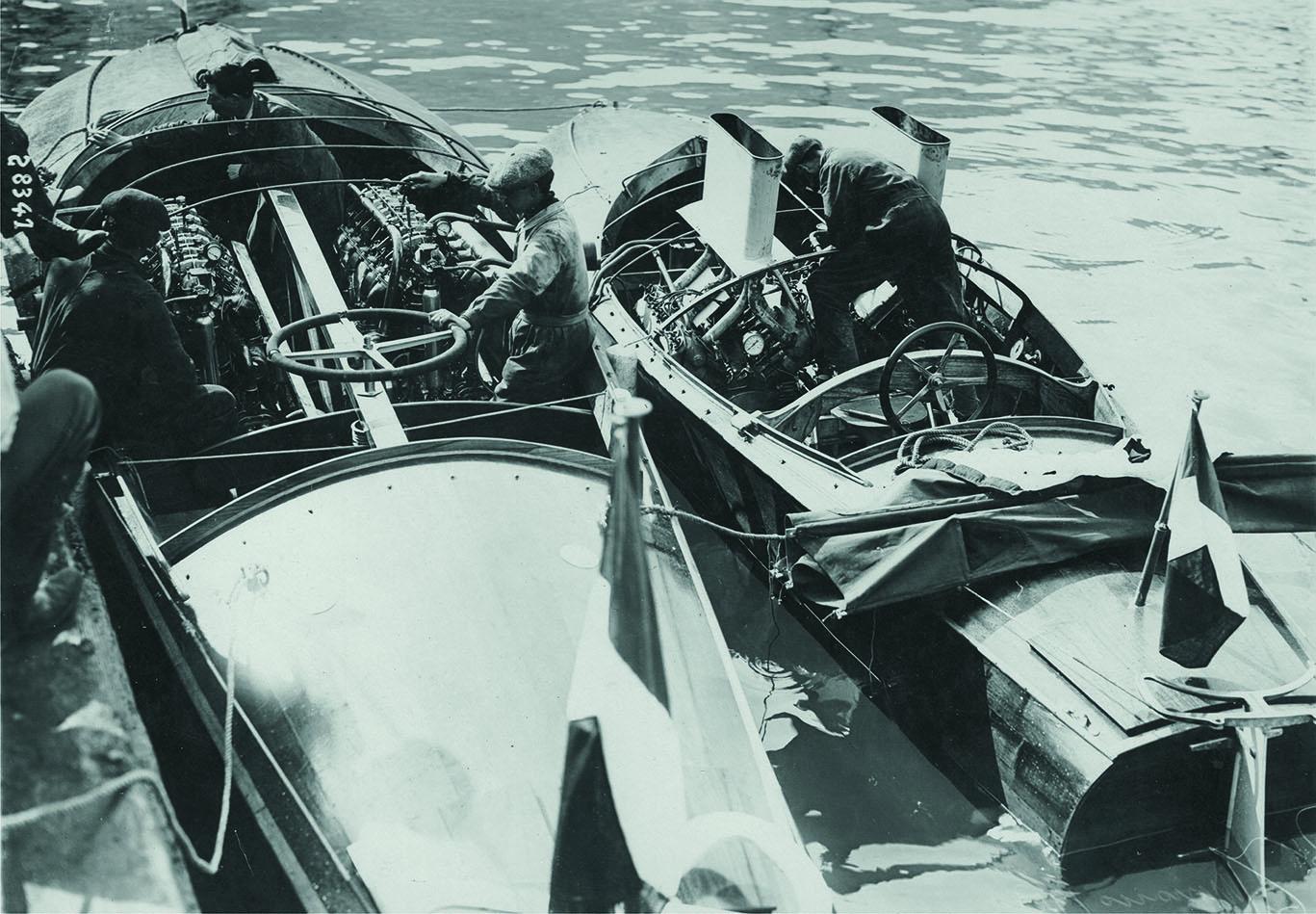 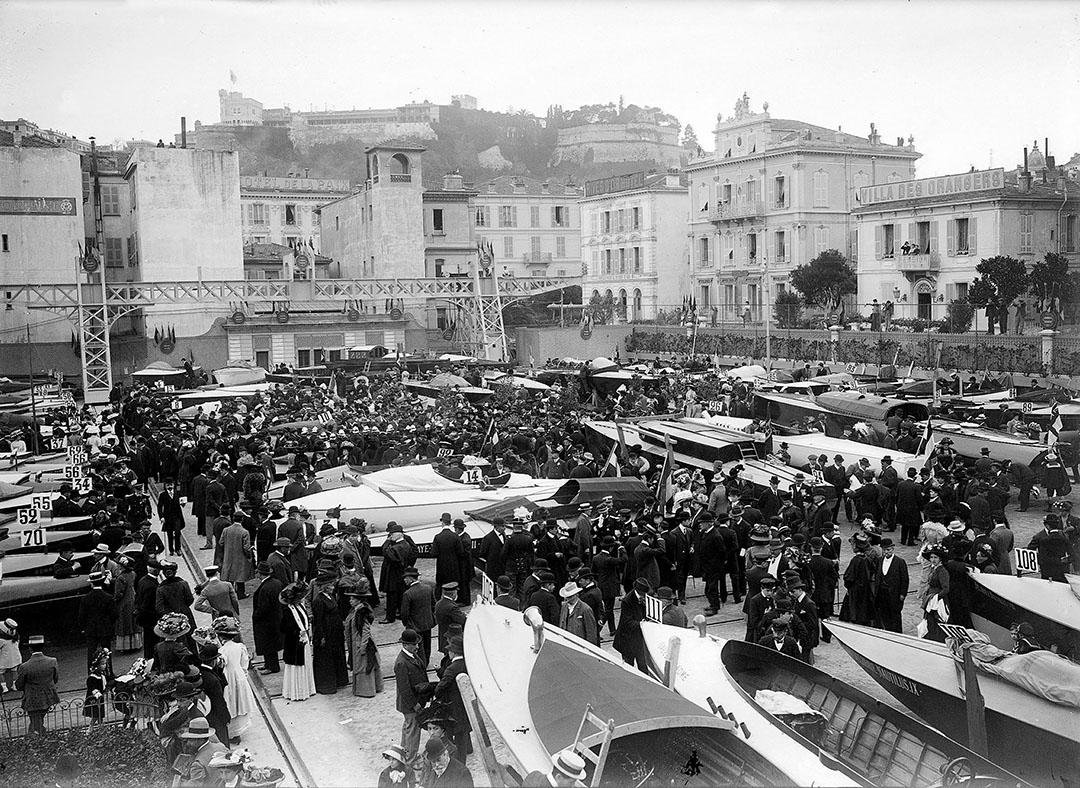 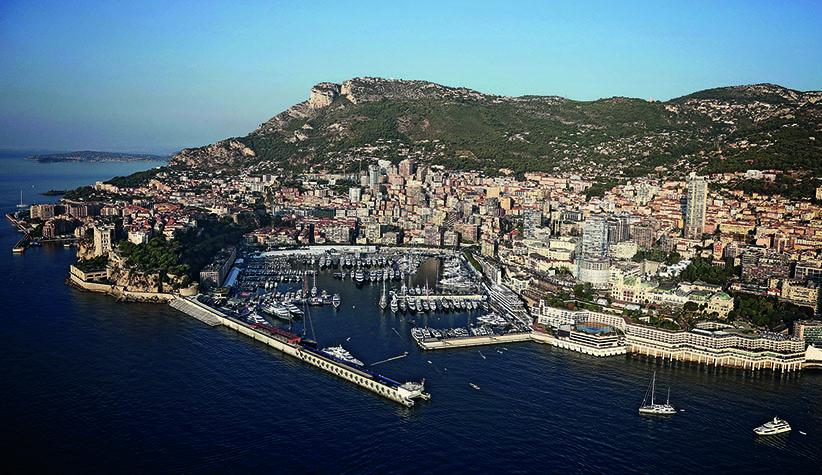 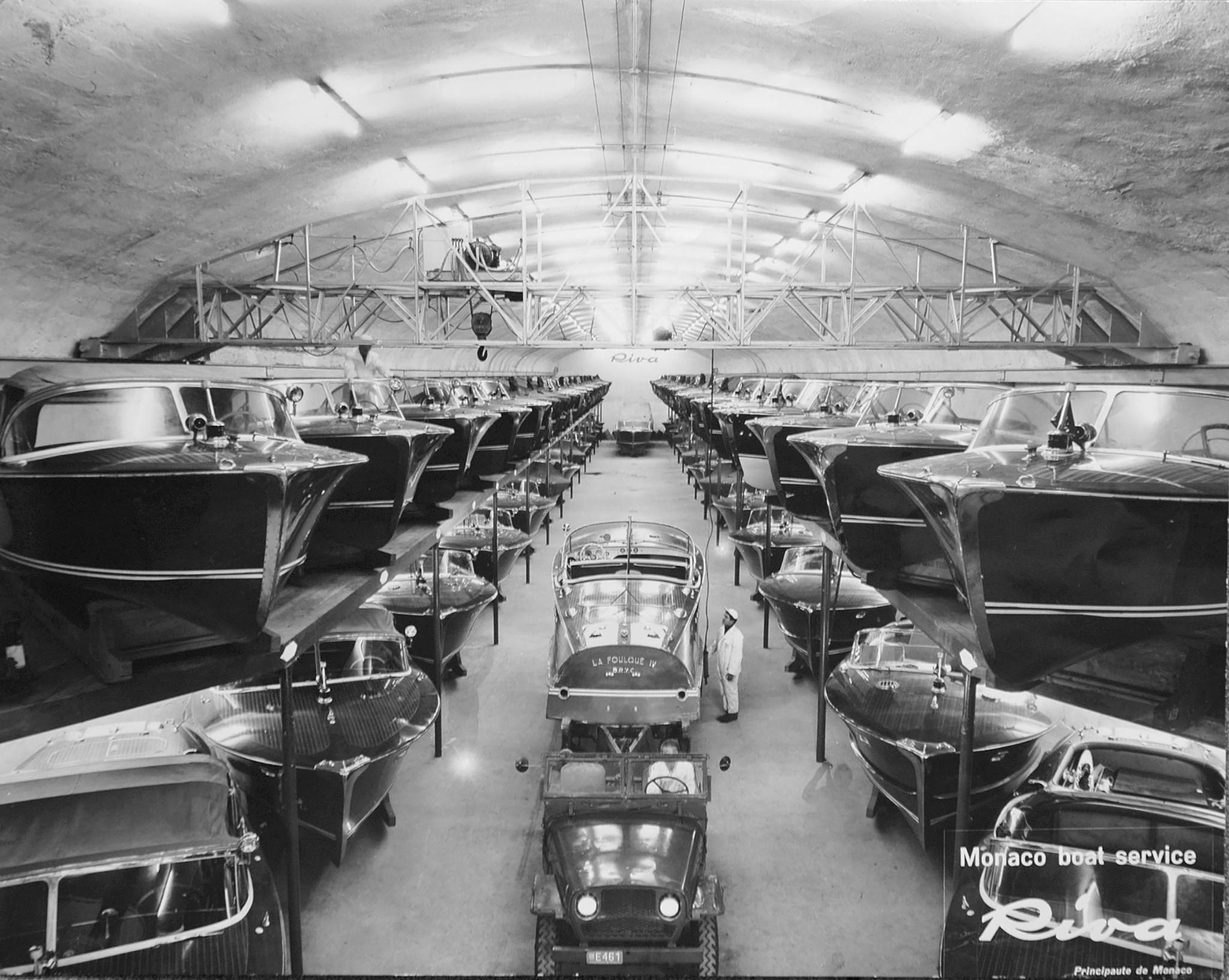 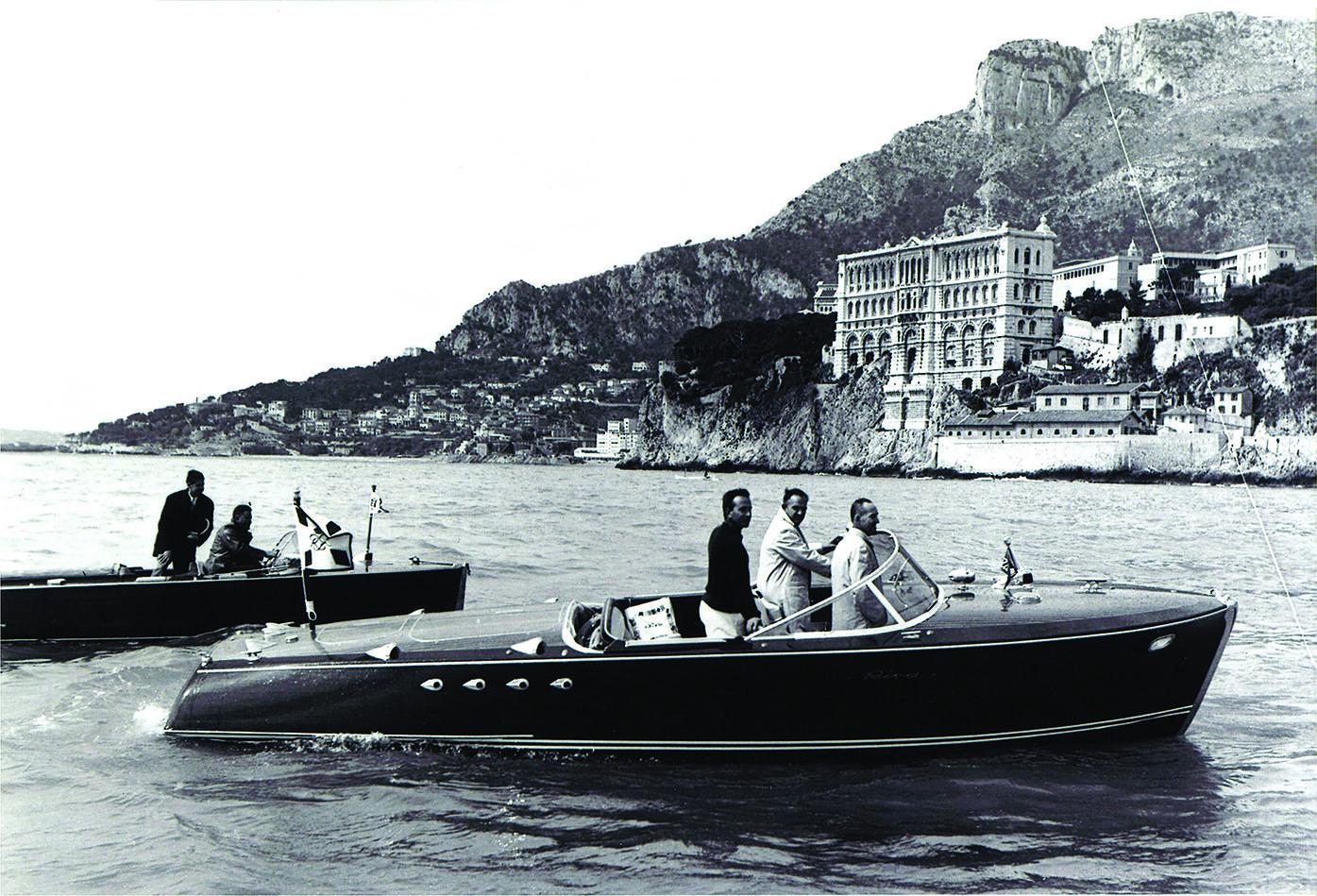 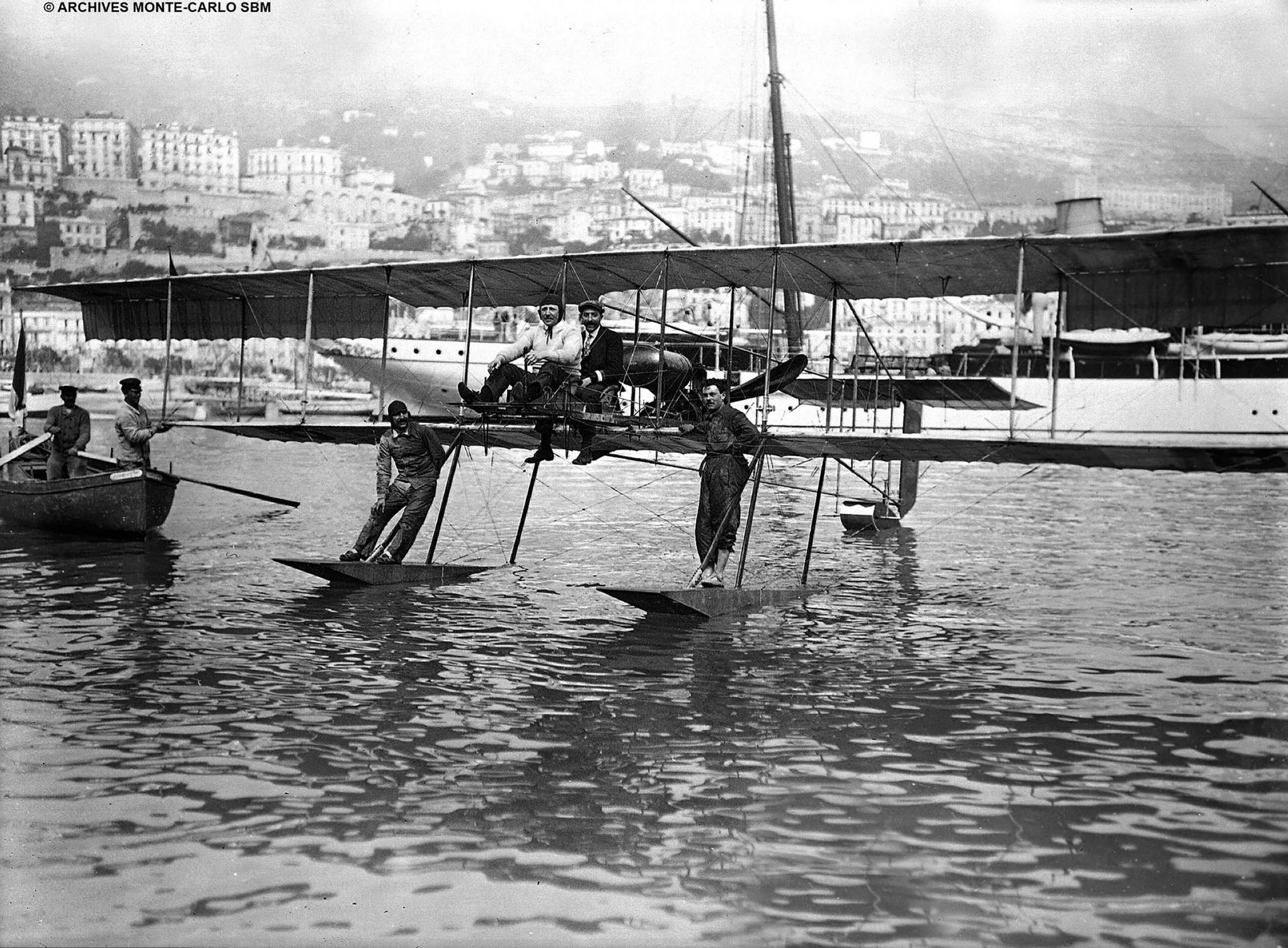 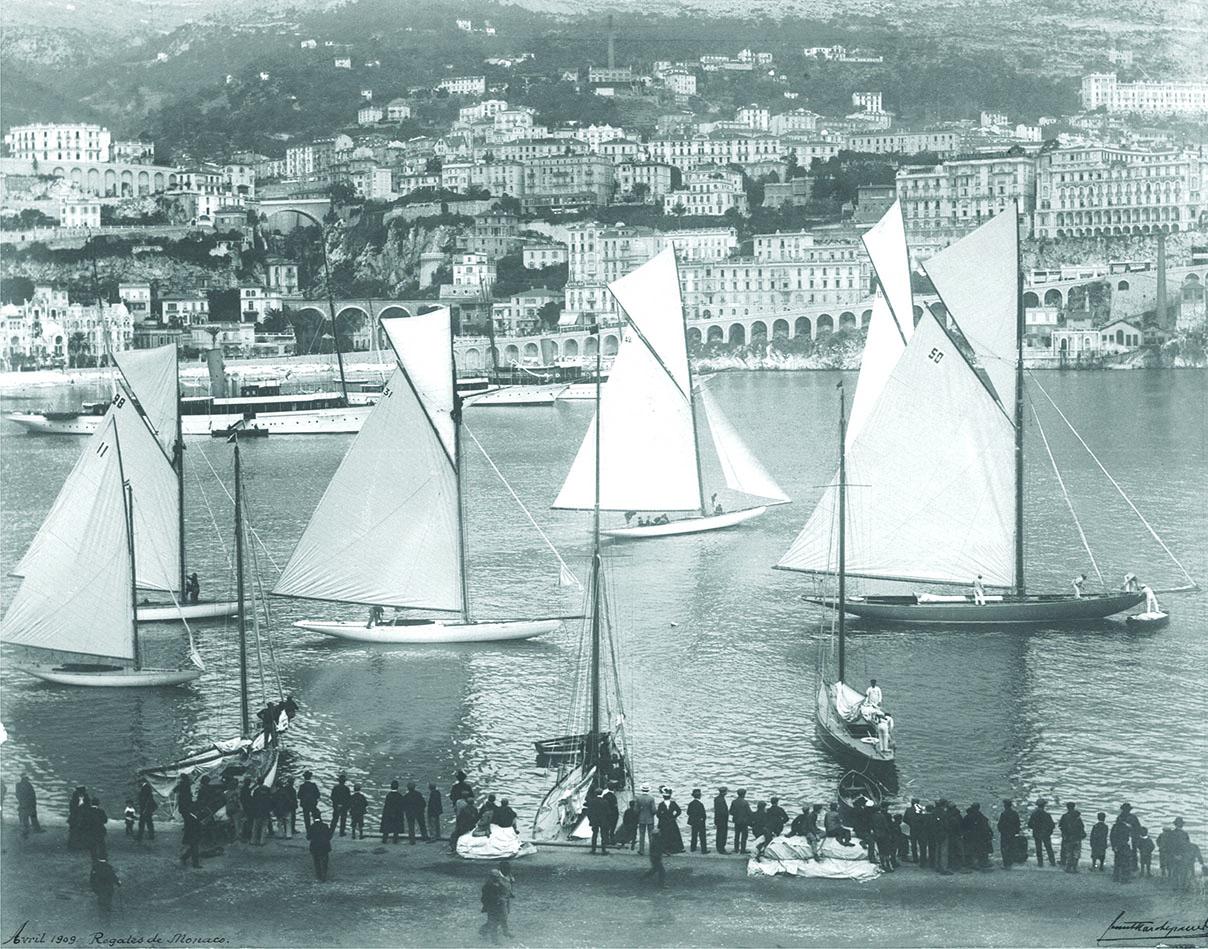 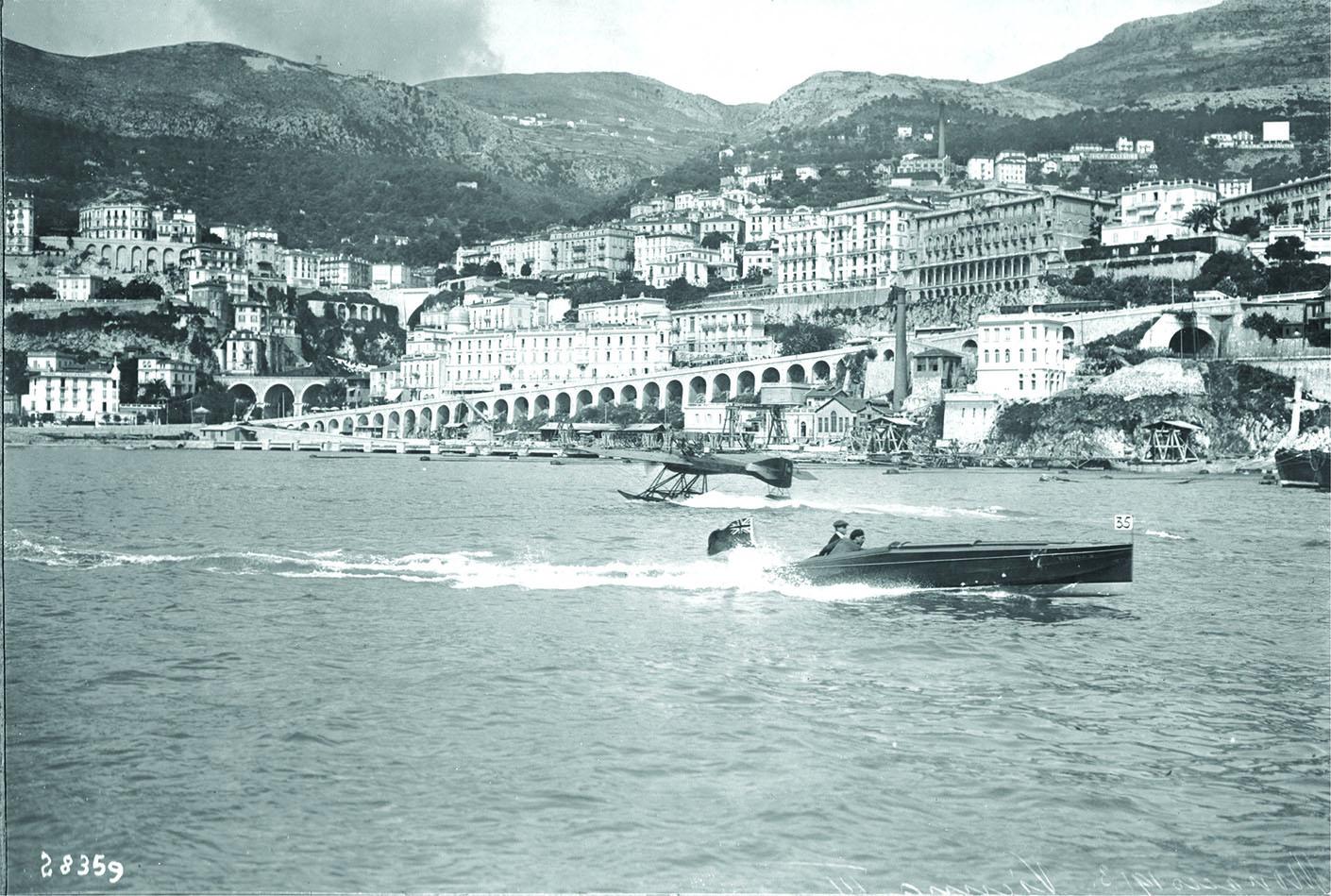 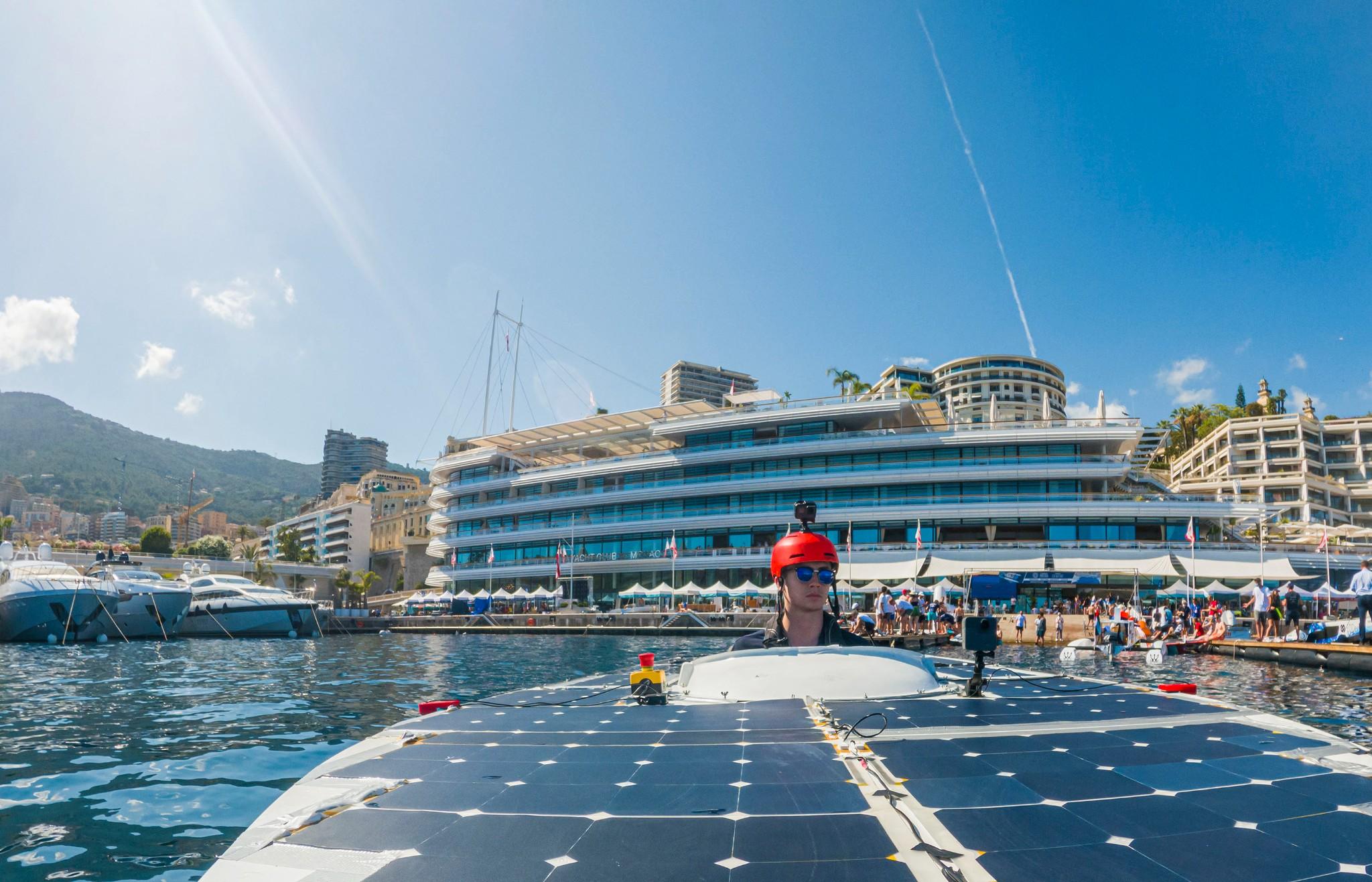