A Swan ballet in the Principality

From March 20th to 31th, the Yacht Club de Monaco hosted the Monaco Swan One design, organized by the famous shipyard Nautor’s Swan. This regatta, for the shipyard’s one-designs, inaugurated its brand-new racing circuit, the Nations Trophy Mediterranean League.

Races follow one after the other but are all very different at the Yacht Club de Monaco (YCM). End of march, it hosted a brand-new competition : the Monaco Swan One Design, a regatta designed for the one-design sailboats of the famous Finnish shipyard, Nautor’s Swan. A great satisfaction for its CEO, Leonardo Ferragamo, who is also a member of the Monegasque club : “this is incredible to have Swan on this wonderful water body. We have wanted for so long to team up with the Yacht Club de Monaco, whose premises are perfect to organize such events.” It was also for the yard the beginning of a new journey, the first rendezvous of its brand-new competition : The Nations Trophy Mediterranean League. A four-events circuit that will take the Swan owners across the Mediterranean, from Monaco to Palma de Majorca, and in Saint-Tropez. Their season will end in September with the Rolex Swan Cup, the historical biennial regatta in Porto Cervo. While there are already many Swan events around the world, the shipyard took on a new challenge for its 50th anniversary, two years ago. “We wanted to put emphasis on our one-design family, which is growing a lot. Each class has its own world or European championship. Most of them are world sailing recognized classes. But we thought, why not gather them altogether during one event, and reestablish the concept of nations, which is the source of all sports but has been lost in most cases. We thus created this Nations Trophy that started last year in Palma de Majorca”, explained Enrico Chieffi, the shipyard’s vice-president. This new bi-annual event, whose first edition gathered eleven nations and almost thirty boats competition, then inspired the idea of an annual circuit. “We wondered what we could do in the meantime. This is how were born these leagues, inaugurated in 2018 by the Mediterranean one. Every year, there will be a circuit of events for one-designs leading to the Nations Trophy the following year”. The “Med” circuit should be followed by one in Northern Europe by the end of the year, before moving to Asia and America.

The owner at the helm

On the Monegasque waters, eight nations had answered the call : Germany, Italy, Monaco, Netherlands, Spain, Russia, Sweden and Switzerland. For a total of twelve sailboats : three Club Swan 42, three Swan 45 and six Club Swan 50. “As the first event, this is quite a test. Many will have a look, get the feedback and decide to come next time”, confirmed Enrico Chieffi who, based on the positive feedback from his owners, is already expecting a greater participation on the future events. But as the saying goes, only quality matters. And they were many seasoned sailors among the crews attending this first Monaco Swan One Design. They all actually attended the first Nations Trophy last October and had pretty good results. Note that the helmsman must be the owner. “This is quite a strong statement because most of these boats are overloaded with professional sailors in a way the owner becomes a project leader, but he is not really enjoying it. We apply this criterion to all our competitions. Owners are thus equal, and they love it”, justified the vice-president who was also a professional sailor. All three classes are a symbol of various times in Nautor’s history since its yards can only produce one model at a time in this category. Thus, five years after the Swan 45 launched in 2001 was born the Club Swan 42, an original design created for the New York Yacht Club. As for the Club Swan 50, launched in 2016, she is a watershed for the shipyard. Unlike its older sisters, she was not conceived by its historical architect German Frers, but by Juan Kouyoumdjian, alias Juan K. “Both the 42 and the 50 belong to this new product line. They are Spartan boats, lighter, with less interior. They were designed for performance not comfort. If you step inside a 45, you will immediately understand. It has a full interior in wood, in line with what a Swan has always been”, underlined Enrico Chieffi. “The 50 is rather a concept boat. She is completely different from any boat we have ever built so far. But we decided for the 50th anniversary of the company to make it a milestone. It was a right time to break the rules and make things differently. And the market really appreciated the outcome. It is a very sophisticate boat, very fast and modern, with high technological contents”.

And what better than a very technical water body to assess the sea-going qualities of these units and their crews. In the end, each category completed nine leeward/windward races as long as 6.8 miles. A good result considering how whimsical the wind can be sometimes in Monaco. All week long, the competitors had a great time thanks to contrasting conditions. “They did three races on the first day with wonderful conditions, a flat sea and a south-westerly wind”, confirms Thierry Leret, race director at the Yacht Club de Monaco. “Wednesday, we had strong sea conditions, 20 knots of wind, a big crossed sea under a great sun”. Friday, an eastern wind allowed them to make two great races, while the competition ended in apotheosis on Saturday with three beautiful rounds. A perfect medley to satisfy and highlight everybody’s qualities. And the competitors put on a great show. “It’s very impressive because they have such a level that in less than two minutes all the boats had crossed the finish line. The races were very close, and they could not afford he slightest mistake, be it at the start, at the buoy passage or a tactical one”. After nine races, the shipyard’s CEO, Leonardo Ferragamo (Cuordileone) won the ClubSwan 50 class, after a faultless domination since he won four of nine races with his crew, composed of big names of sailing, including the strategist Ken Read (America’s Cup, Volvo Ocean Race…). They were followed by the Swiss crew of Mathilde, only one point behind. Vladimir Liubomirov (Bronenosec) from the Y.C.M. ranked 4th. In the Swan 45 class, the 2017 world champion Luis Senis Segarra (Porron IX) won by winning seven rounds, right before the Monegasque member Ange Transparent 2 helmed by Valter Pizzoli. As for the Club Swan 42, the podium is 100% Italian, with first Far Star, then Digital Bravo and Mela. With two Italian winners, the transalpine neighbours naturally took the head of the Nation’s ranking. A position to be confirmed on the next events. Before another event in the Principality that is already on everyone’s lips.

On the water body, the Swan and the Club Swan were brought together, a symbol of the second youth for the shipyard that celebrated its 50th anniversary in 2016. “All that we have created up to now was called Swan. We felt the need to differentiate the different lines. Swan is what we have always been building : very good and fast cruising yacht. You expect from them nice and comfortable boats, with a full interior, to go sailing and also win races. Up to 20-30 years ago, one of these could still be among the most competitive boats on the market. But this is not the reality anymore. Technology has pushed performance and boundaries so high that a competitive boat today cannot be comfortable”, explained Enrico Chieffi. “We were struggling to find the balance between high performance and comfort, which would respect our DNA. Therefore, we decided to create two different lines : the Swan which stays what it has originally been, with our historical designer German Frers. Since the Club Swan 50, we decided to create a high-performance line : the Club Swan. A 125, a super maxi incredibly fast, is actually under construction, and we are developing others in this line” Note that the shipyard has also created a third range, to meet a growing market demand, the maxi Swan : all the boat bigger than 25 metres in the classic lines.” The Finnish shipyard’s saga is not about to end here. 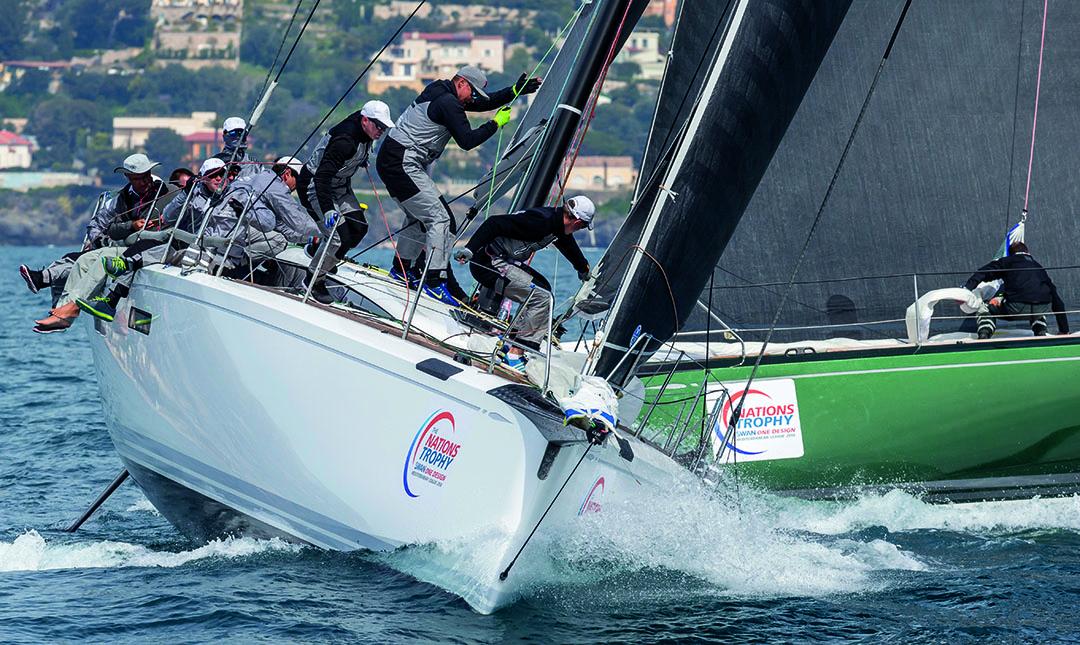 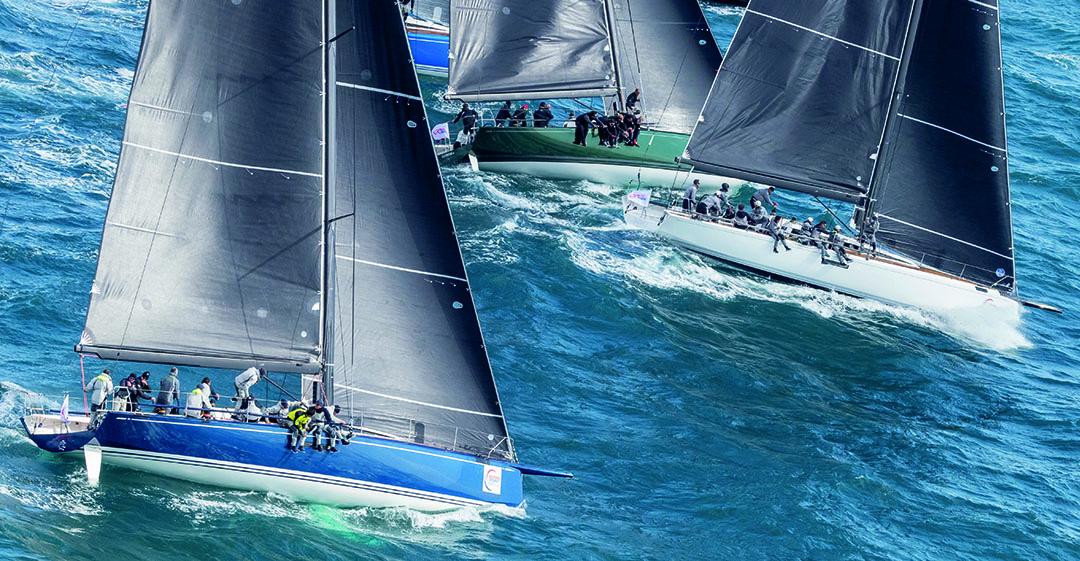 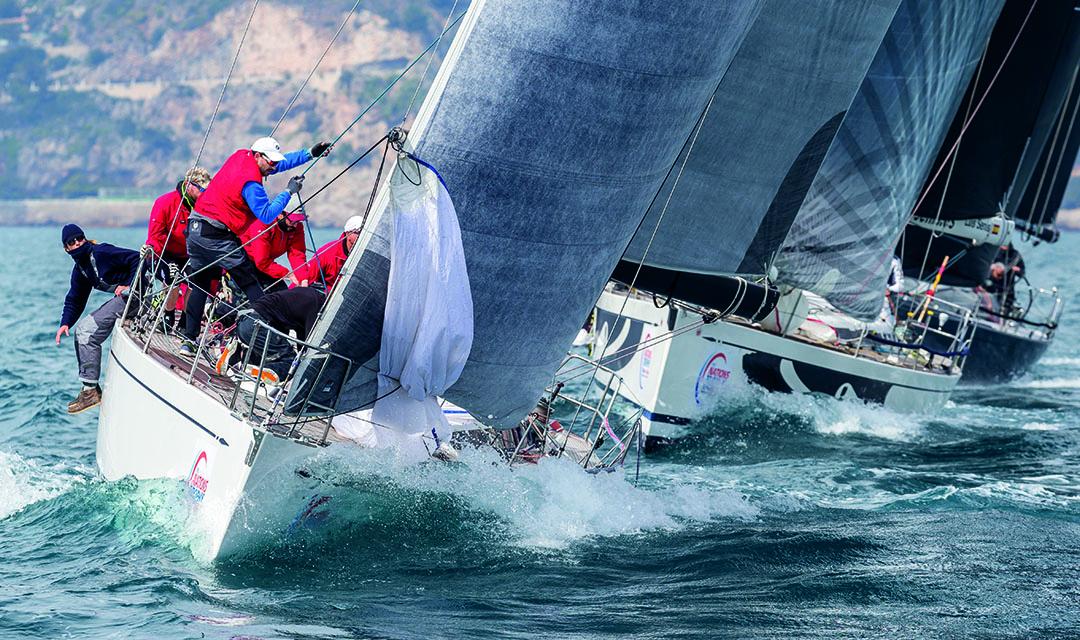 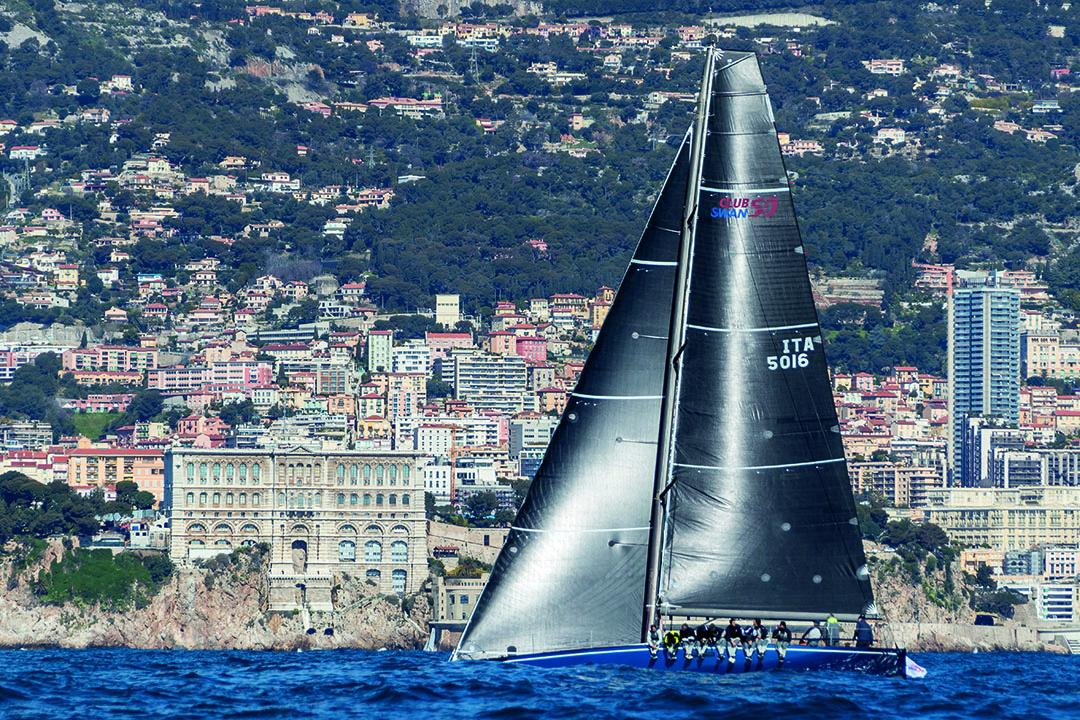 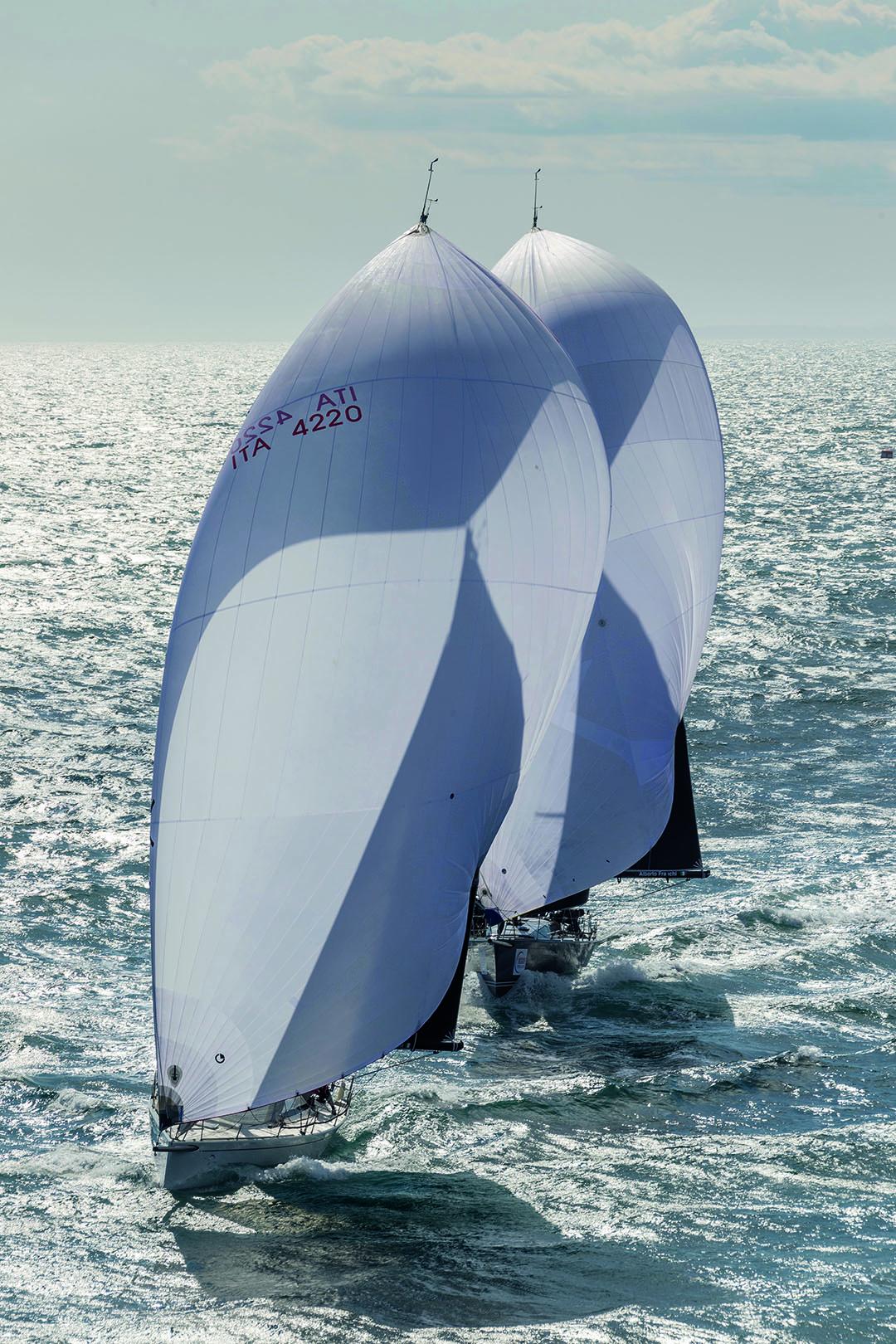 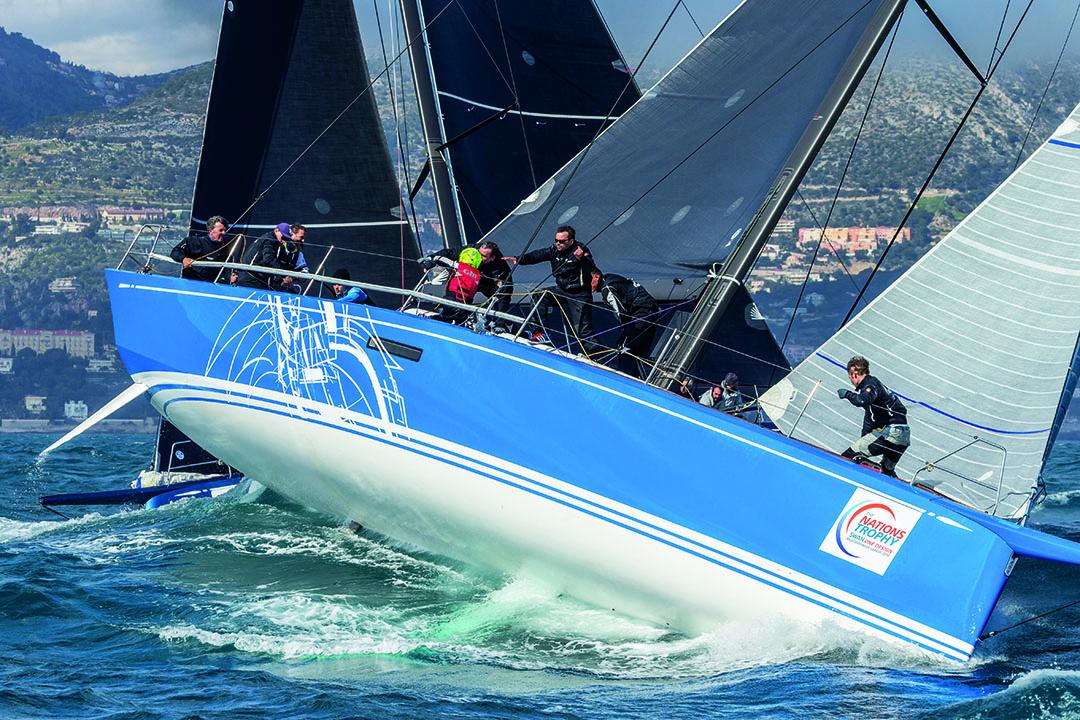 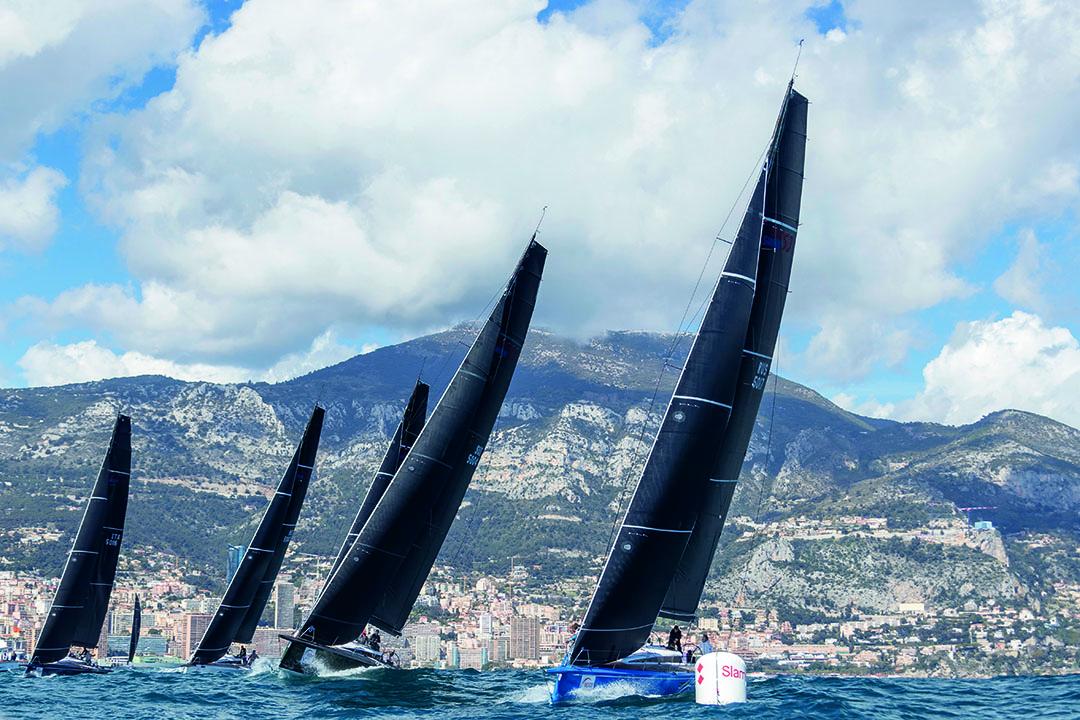 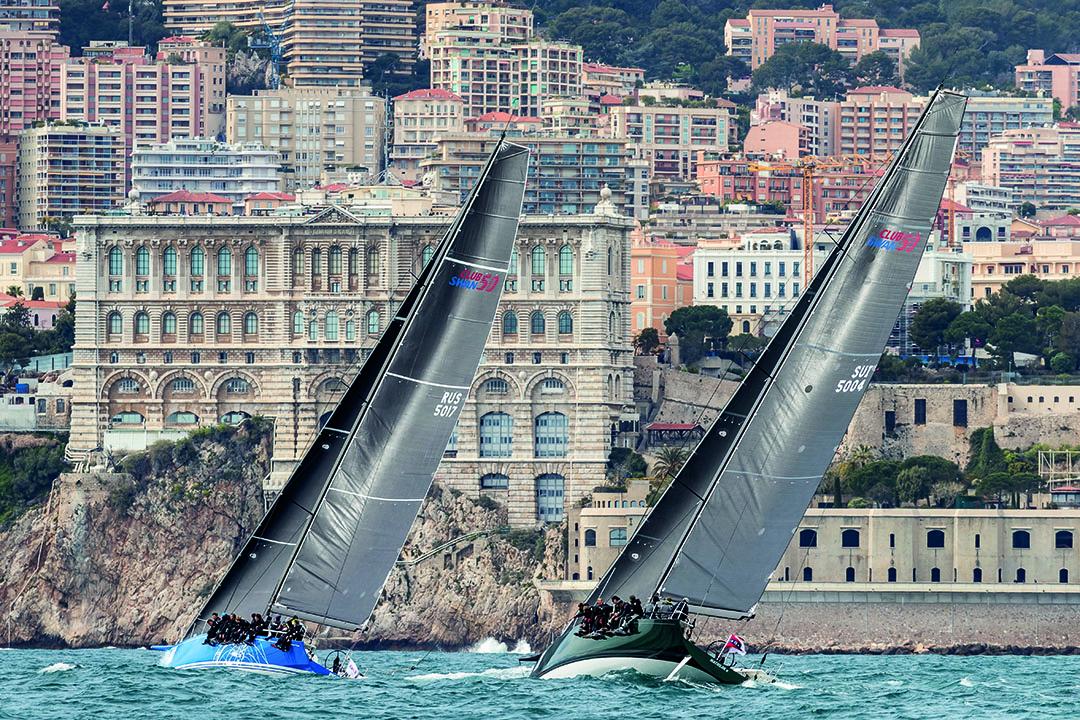 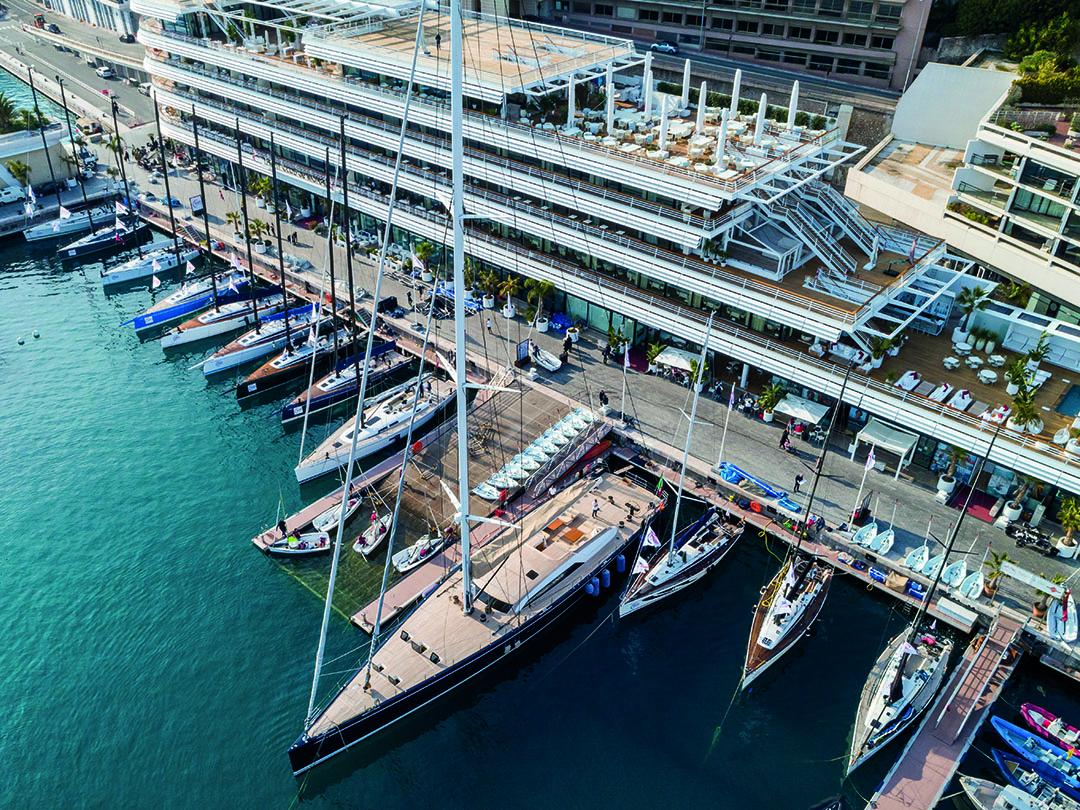