A race for a good cause

The Monegasque waterbody has hosted the second edition of the Riviera Waterbike Challenge, organized by Princess Charlene of Monaco Foundation.

A sporting event for a good cause. A tested and successful recipe. The sun was already shining over Monaco, causing the mercury to warm-up. As did those “cyclists for a day” who were about to ride these bike like no others. On June 17th, many top athletes, active or retired, responded to the call of the Princess Charlene of Monaco Foundation. A few weeks after the charity dinner, with an auction where close to a million euros were raised, and the draw of the teams, the time has finally come to compete. On the menu, a relay race on “waterbikes” – a hybrid machine, at the crossroad between a bicycle and a catamaran – covering 30 laps in front of the sun terrace of the Digue Rainier-III, with departure and arrival at the Yacht Club de Monaco.

The list of participants was impressive, for both the spectators on the harbour’s sea wall, or for the amateur sportsmen who completed the teams led by world-class athletes. Formula 1 drivers (Mikka Hakinen, Valterri Bottas, Charles Leclerc, Felipe Massa), rugby players (Christophe Dominici, Frédéric Michalak, Dan Luger), footballers (Ludovic Giuly, Christophe Meslin, Didier Digard), boxers (Carlos Takam, Federico Vella)… And even though many of them have ended their careers, they still have a competitive spirit. “I think that when you are sportsman, this spirit remains in your soul. And it’s annoying when you lose and you see a competitor passing you. I was always looking at the calves to see if the one passing me was a cyclist, but we hung on and fought well”, explained Christophe Dominici after the race. A race, that is what it was. And the efforts it required were fierce. Especially since, unlike “conventional” bikes, you cannot let yourself be carried away by the wheel movement after the first pedal strokes. “This is a constant high-scale effort. You can never stop pedalling, this must be a continuous effort. It’s good that this is a relay, because I could not have done 30 laps”, confessed Charles Leclerc (Monegasque F1 pilot), half-way.

On the water, the battle had raged between the 22 teams, each composed of 5 members (with few exceptions of 4), but always in good spirit. , confided Dominici, former member of the French national team. But all the runners did their best to try to cross the finish line first. And it was actually “Serenity”, Princess Charlene’s team, which ended at the top of the podium. Prince Albert II was on the starting line in the morning, before passing the bike to his wife who completed several relays throughout the challenge. After the race, everyone gathered at the Yacht Club de Monaco for a family picture and the awards ceremony, followed by a convivial moment in the harbour area of ​​Monaco. Always between sharing moments and laughing. 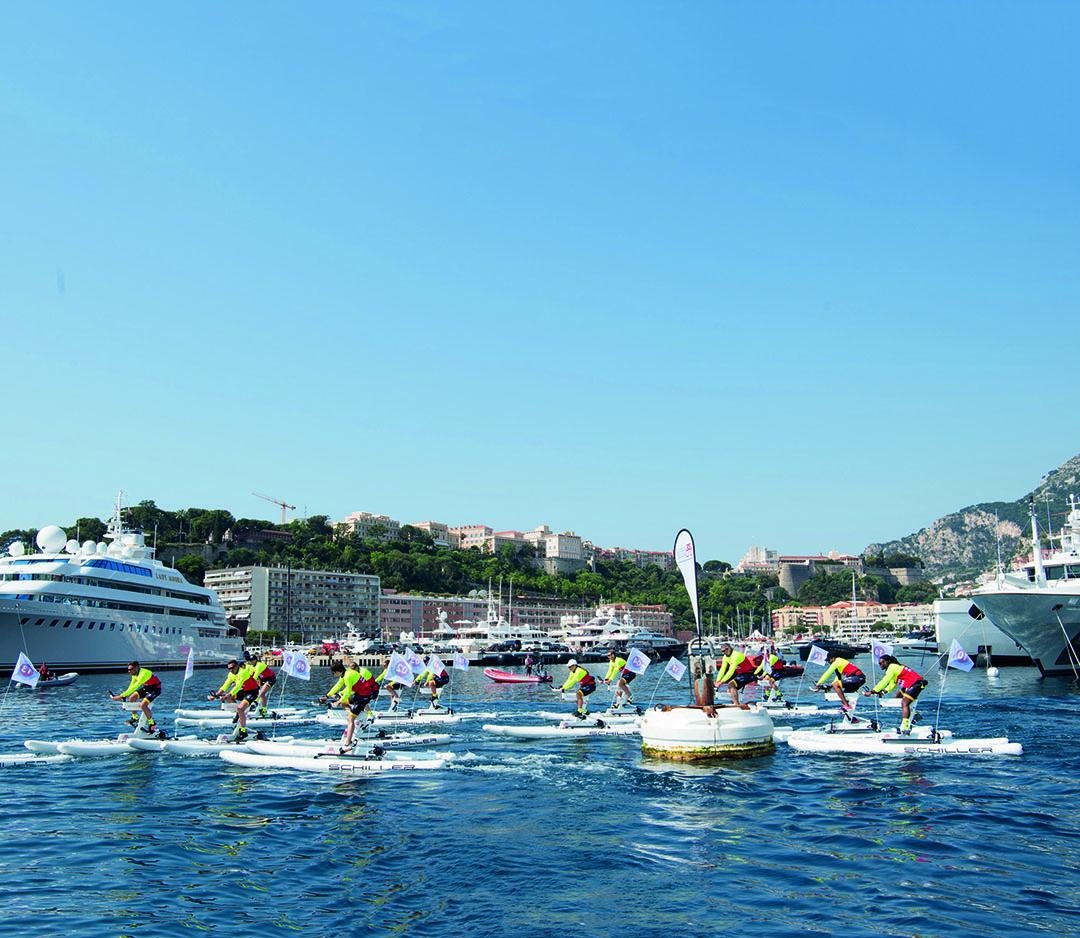 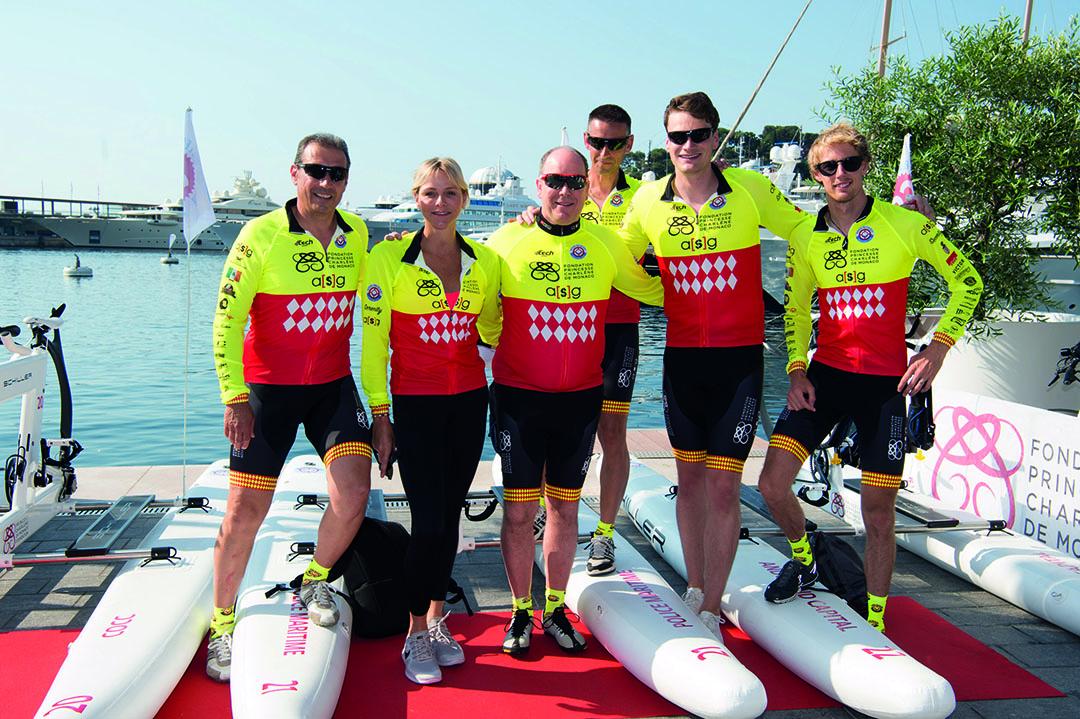 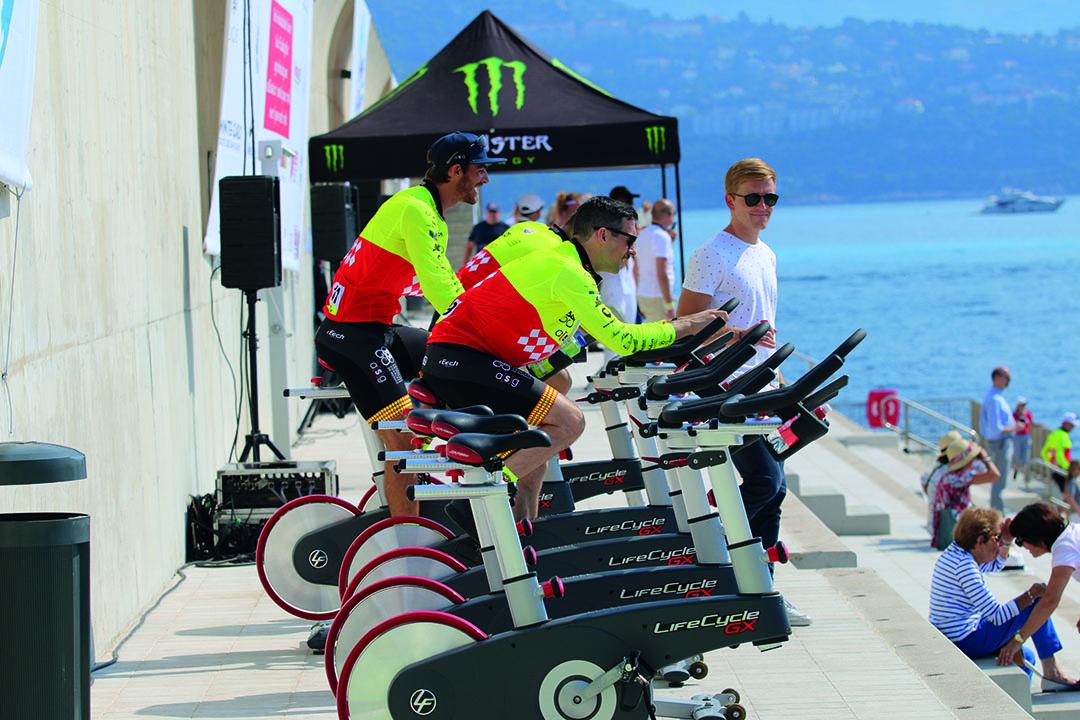 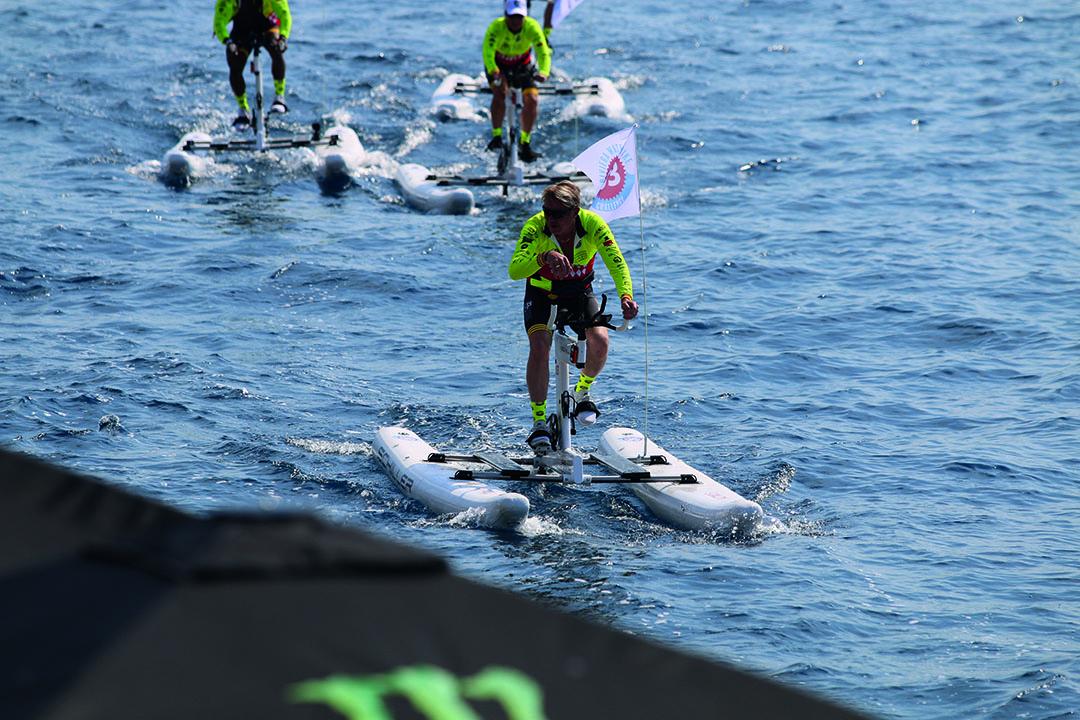 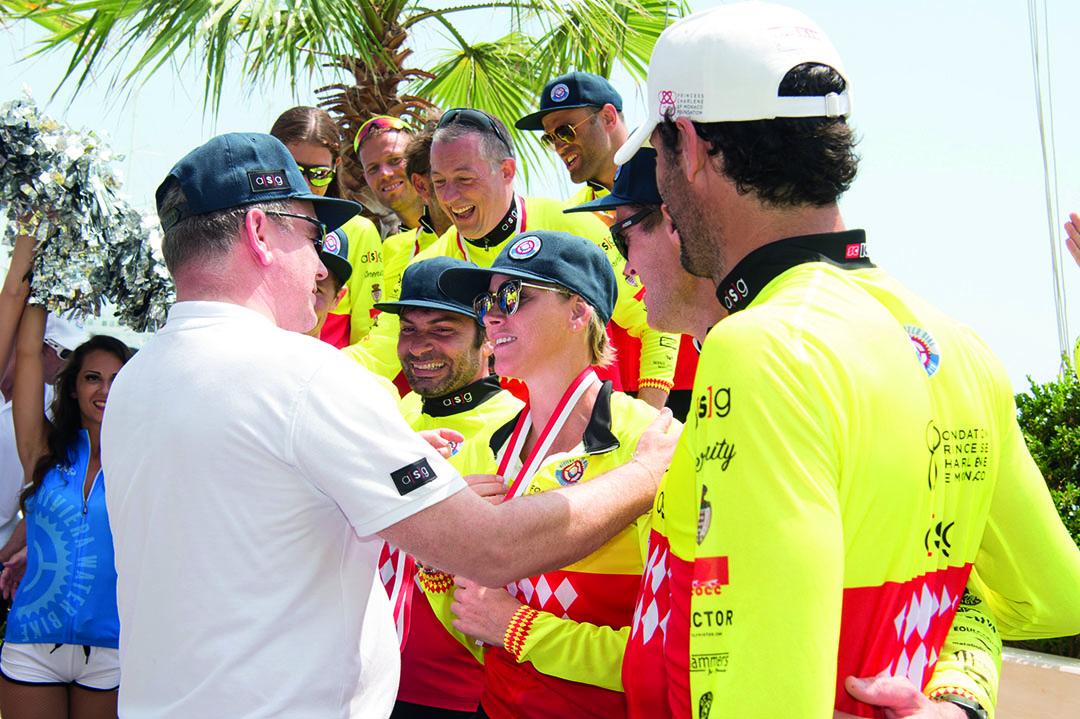 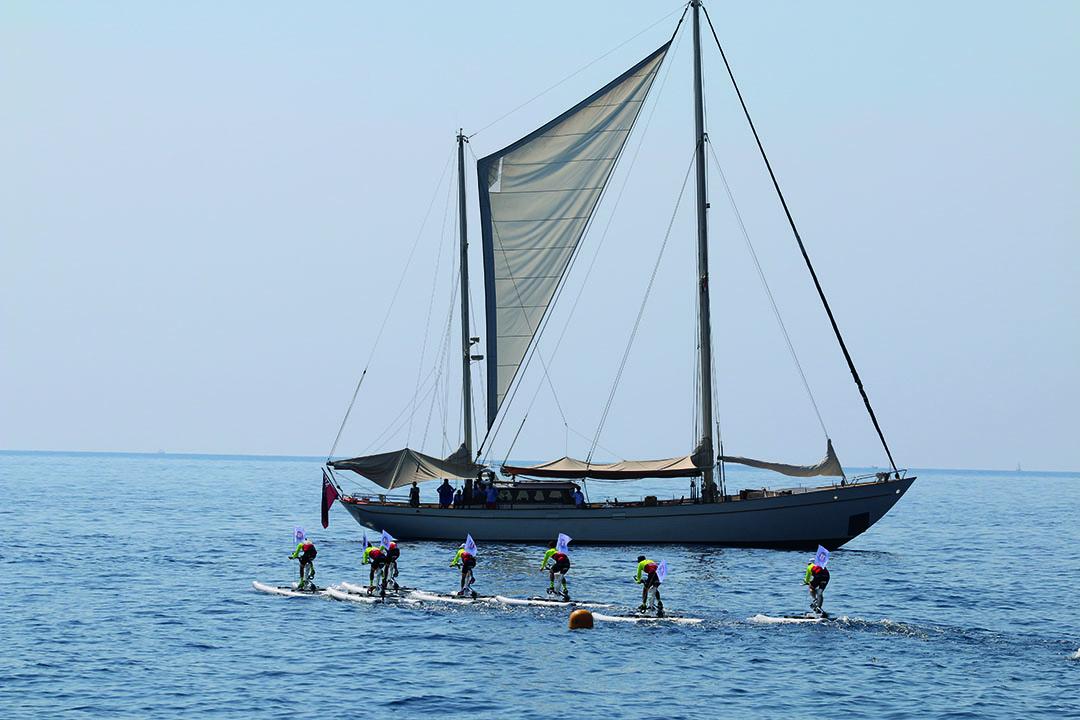 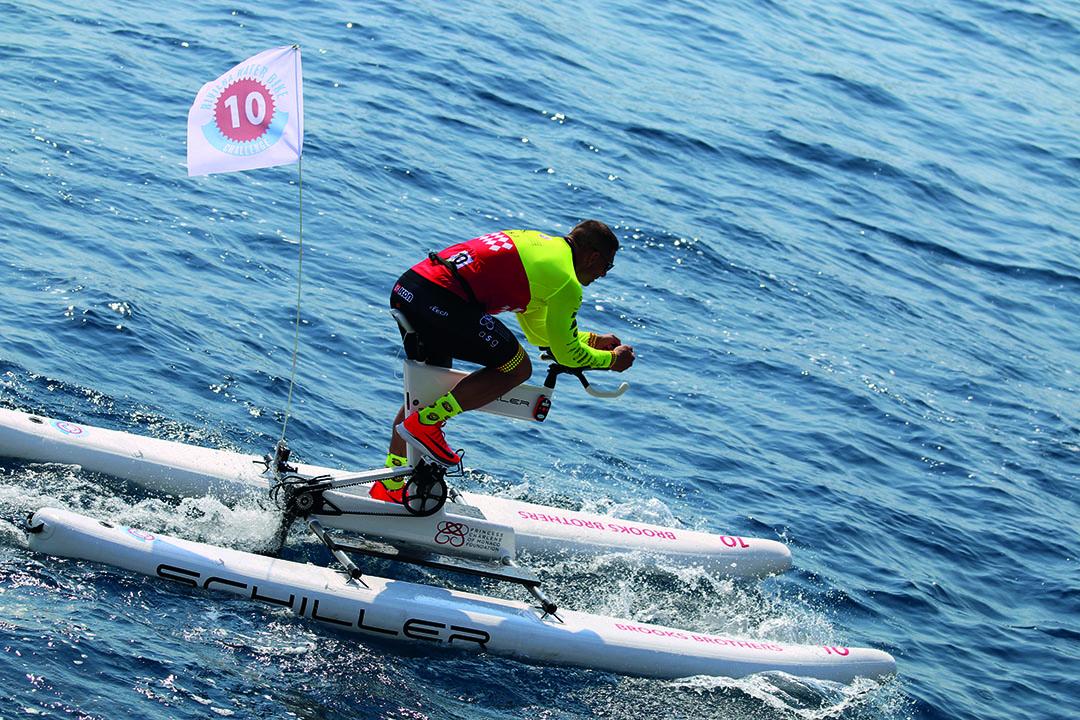 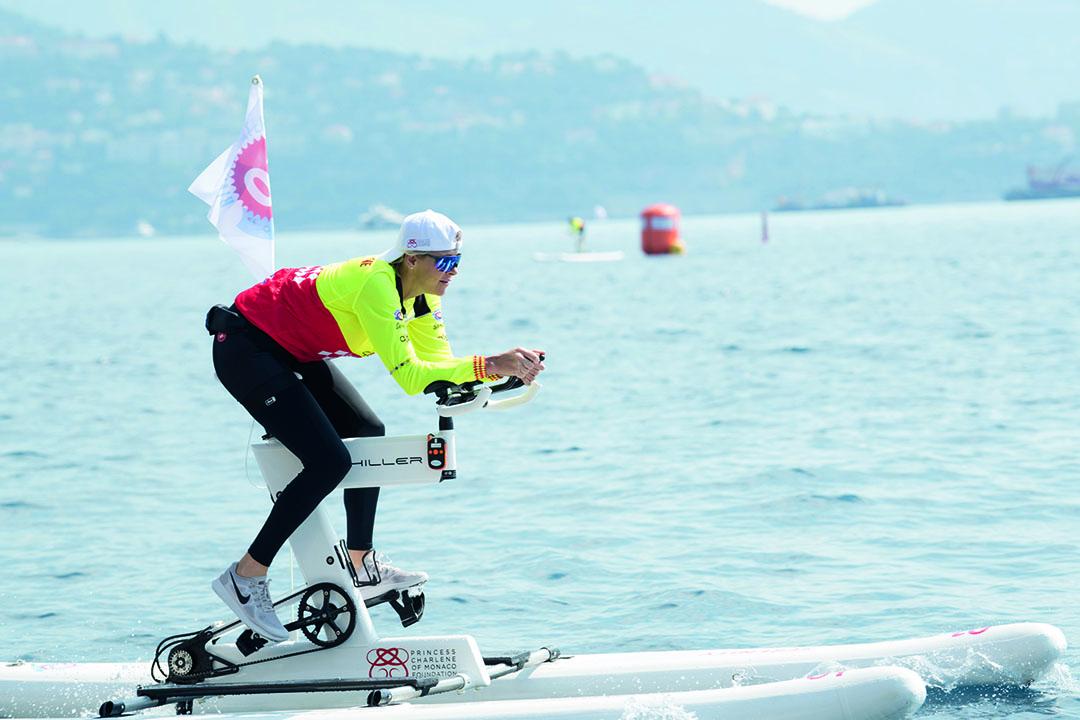 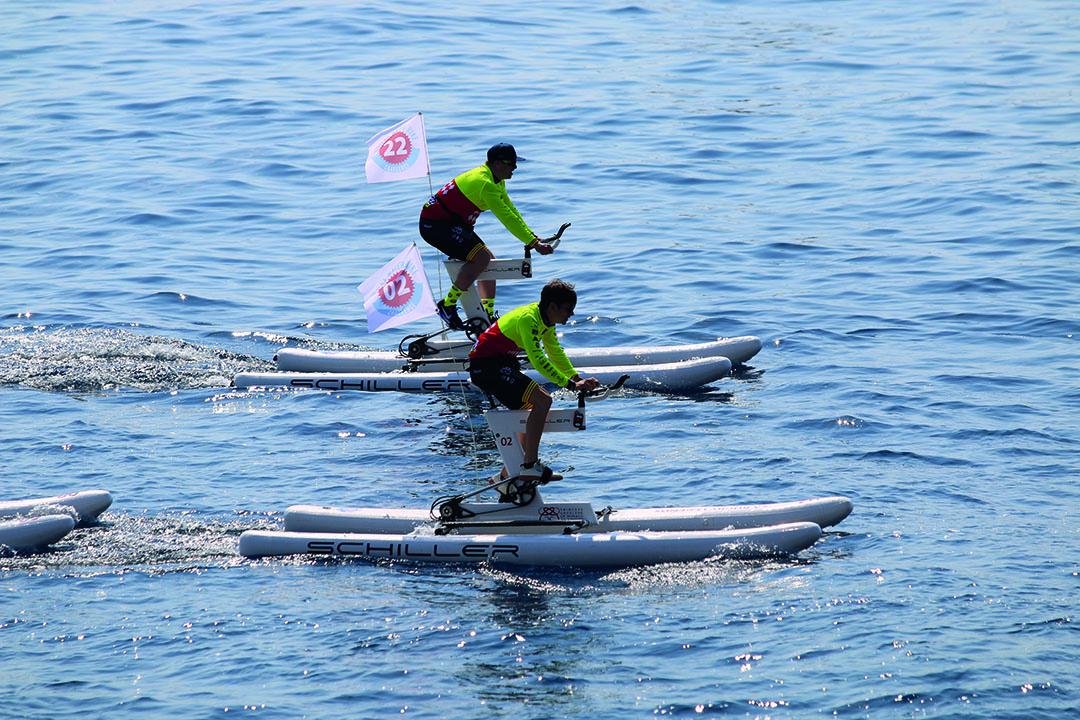 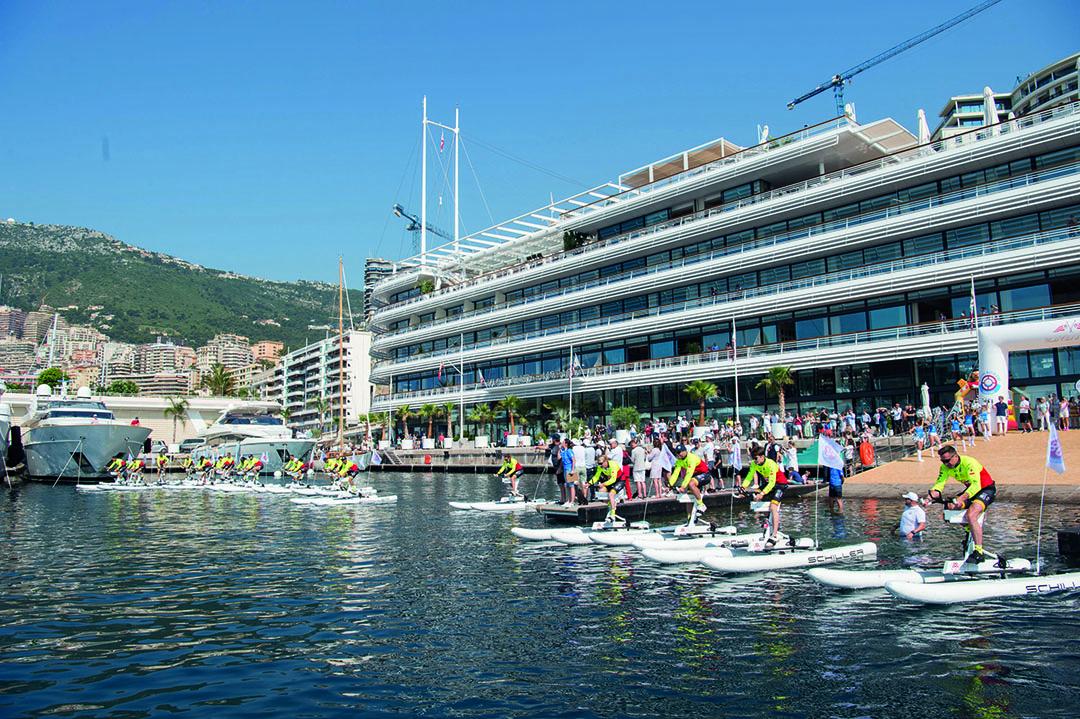