The official inauguration of Cala del Forte gave us the opportunity to get an update from Aleco Keusseoglou on this long-awaited new facility. The chairman of the Société d’Exploitation des Ports de Monaco (SEPM) also opened up on the ambition of the Principality and its projects.

The creation of a port of the importance of Cala Del Forte is undoubtedly a tour de force. Could you summarize the key moments of this project?

It was indeed a “tour de force”! Following the acquisition of the company “Cala del Forte”, our first step was to perform a technical upgrade, including of the breakwater sea wall, to meet the Monegasque “standard”. We then asked for a variant, which consisted mainly in reducing the number of berths to 178, with about forty of them over 35 m to better “stick” to the reality of the requests that remain regularly unanswered in the Monegasque ports. We took the opportunity to change the location of the harbor master’s office and optimize the shopping areas and parking lots. Administratively, this required a lot of energy with the Italian authorities and it took us nine months to get it, thus causing delays in the execution of the works concerned by this variant. The most difficult episode to manage, however, was the lockdown caused by the pandemic, which delayed the smooth running of the project. Despite this, and thanks to the benevolence of the Ligurian Region and its President Mr Toti, we were able to continue working, even if in a degraded mode, thus limiting the delay in the handover.

We know, from a reliable source, that Cala Del Forte has many assets for shipowners. What are they?

Cala Del Forte is now “fully” the third “shackle” of the ports of Monaco. This port will operate with the same standards as those of the Principality, and with particularly reinforced security. Ideally located at less than eight nautical miles, it will be linked to Monaco in less than ten minutes thanks to the Monaco One fast shuttle. The port is located at the foot of the historical town and is connected to it via a lift we financed and built. It also enjoys a particularly pleasant environment, especially since all the amenities, with nearly forty shops, a shipyard, a fuel distributor and 550 parking spaces, most of which covered, are present within the port area.

In terms of occupancy rate, has the port reached its target or are there still berths available, as of the date of its official inauguration?

After a first winter break-in period, the port is starting to fill up and reservations are going strong, but there are still places available. May I recall that 49 berths have been purchased on a long-term lease arrangement. That said, Cala del Forte needs to be known, and we are actively working on this. We have already implemented a strong synergy with the ports of the Principality to further improve its occupancy rate.

Will the Monaco One shuttle alone be enough to transfer all the berth owners from Cala Del Forte when the port will be full?

For the time being, and because we do not yet have enough visibility on its potential use, we are limiting ourselves to one boat whose a round trip will not exceed half an hour. We will examine the situation after the 2022 summer season to see if there is a need to expand our fleet.

Have all the shops in the mall been sold?

Yes, they have. And about ten of them have been delivered or will be shortly. Our goal is to have all the shops open by the end of the year.

After the official inauguration, how do you see the future of this third Monegasque port?

As I said earlier, the first objective is to make this port known and to make its reputation grow as quickly as possible. I’m relying on advertising campaigns, but also on the word of mouth. I also laid stress on a full and rapid completion (finishing touches, shops, green spaces…) to make this marina attractive as early as this season.

Can you tell us about the strategy for acquiring foreign ports? Both the geographically close ones and those further away, such as Rome?

There is indeed a dual strategy in our goals. First, we want to add further links to our outreach strategy to continue creating a powerful synergy between the ports of Monaco within the city and those located within a radius of less than fifteen nautical miles. On the other hand, when it comes to more distant marinas, this is about promoting our international expertise and, consequently, attracting to the ports of Monaco and its close satellites shipowners who may not be familiar or well-acquainted with our “historic” infrastructures. In the first case, we could mention the port of Cap d’Ail. We have taken shares in the company that holds the current concession. This port is obviously of major strategic interest because of its geographical proximity to Monaco. There is a medium-term vision in our involvement, since the current concession comes to a close at the end of 2027. And I think that the good knowledge we will have acquired in over six years will help us to achieve the most relevant response to the call for tenders that will be launched by the Metropole Nice Côte d’Azur. I would also like to mention the possibility, with a famous and appreciated local operator, of bidding for the remodelling and rehabilitation of San Remo’s old port. Discussions have been underway for several months with the city council, and we have been listened to attentively and sympathetically by the local and regional authorities. This port, located in the heart of the city, will be rehabilitated and modernised with a pedestrian connection to the city centre, and will become a real jewel of Liguria but also a complementary link to the “Monaco Marinas group” we have started to build. In the second case, that of more distant ports, we already have a concrete project, that of Civitavecchia, which is actually the real port of Rome. It is located at the foot of the Roman fortifications but within easy reach of the capital, either by fast train or motorway. In addition, Fiumicino airport is less than thirty minutes away. These amenities are always appreciated by shipowners. Its asset is a combination of history and modernity. We have created a company with a local operator for this project over six years ago, and after many administrative twists and turns, we won the call for tenders, bought the concession, and we are confident that the rehabilitation and modernisation work can begin within a reasonable period of twelve to eighteen months. Lastly, we are constantly monitoring strategic developments and are on the lookout for any interesting opportunities that may arise in the Mediterranean, in order to examine them carefully. As you can imagine, this ambitious programme implies a significant human investment that will probably require, in the long term, a strengthening of our international teams. 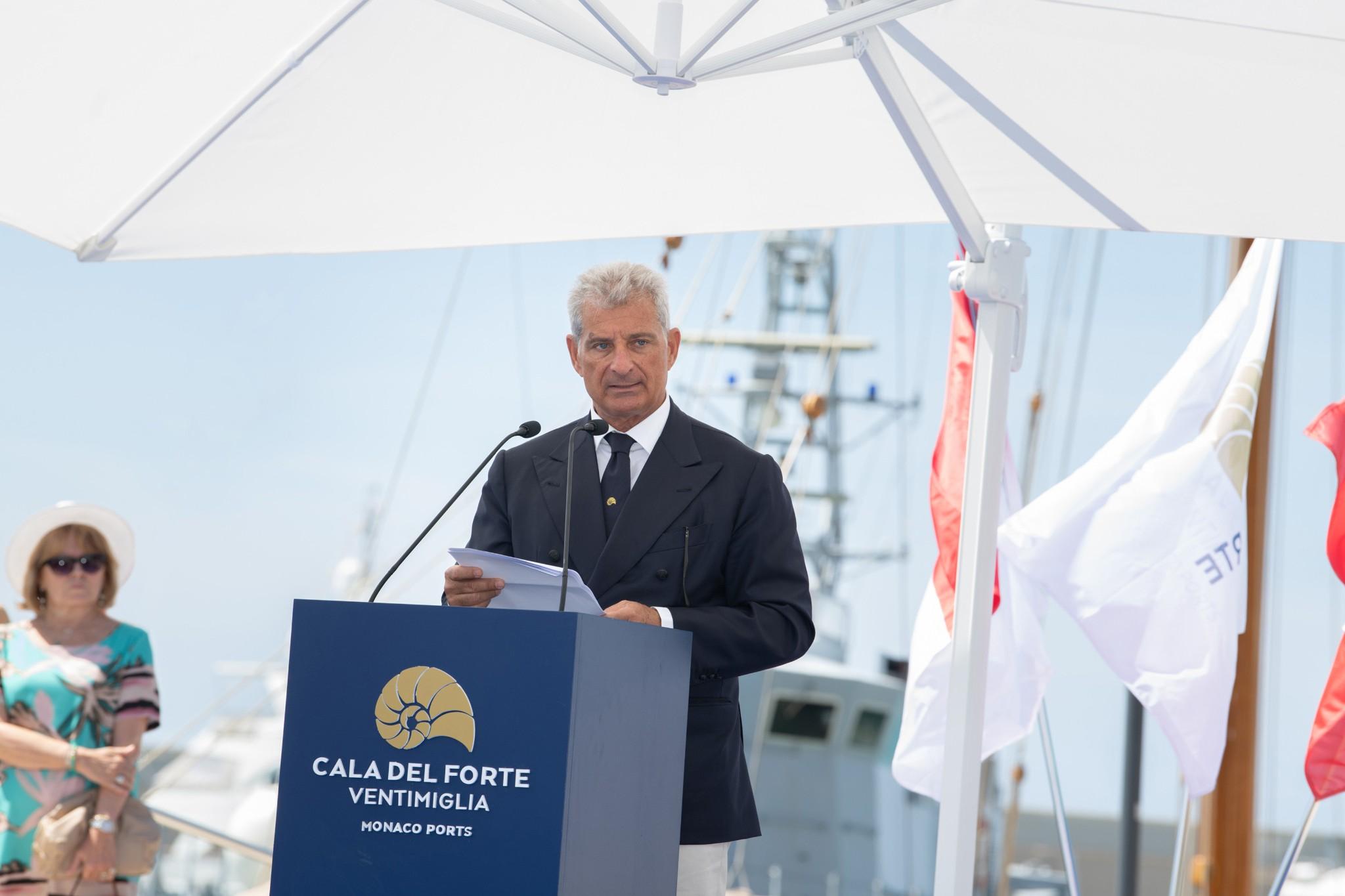 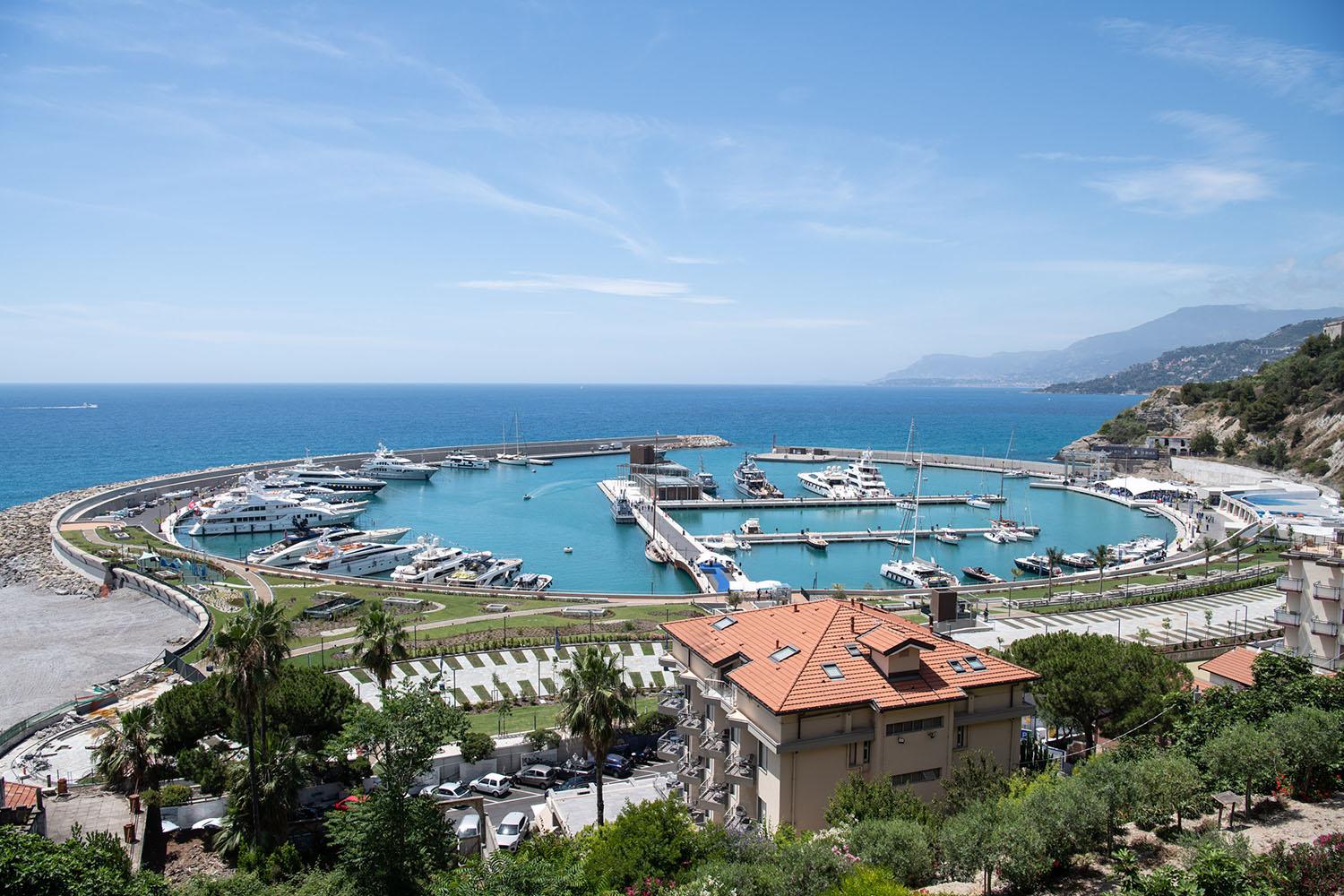