The marina is officially open

On October 15th, the emblematic Tuiga, flagship of the Yacht Club de Monaco, became the first boat to enter the port of Cala del Forte – Ventimiglia. A symbolic arrival as it officially marks the opening of the Principality’s third port.
President of the Société d’Exploitation des Ports de Monaco (SEPM) since 2003, Aleco Keusseoglou knows the “Cala del Forte” project pretty well since he is the one who initiated and piloted it. He came back on this new and decisive step, one of the last before the official inauguration of the marina, planned between June and July 2021.

This slightly crazy project has started five years ago. It has involved Monaco and Italy, and particularly Ventimiglia. Has this teamwork created any special bonds?

This project – indeed “slightly crazy” – started five years ago with the negotiations with the former owner, and work was resumed three years ago. When the Société Monégasque Internationale Portuaire (SMIP) was created for this purpose, we didn’t immediately grasp the upheaval that would take place in our organisation.Indeed, even though we had gained a great deal of experience in marina management, we entered another dimension with Cala del Forte, that of the turmoil and complexity of a large-scale operation.Part of the SEPM management team had to be redeployed to the SMIP and a “Task Force” had to be set up, with a renowned Italian lawyer, a specialist in the mysteries of the transalpine administration, a solid design office, an architect and various experts. I must say that I am proud of this particularly homogenous group, who has done an extraordinary job. We were also helped in our approach by the regional and municipal administration. Despite the difficulties associated with the management of a construction site, this has created special links and I must say, over time, strong bonds of friendship with all these new players.

To see the emblematic Tuiga moor in Cala Del Forte must be a source of great satisfaction and pride for you, who initiated the project?

The arrival of Tuiga, dressed full and with her entire crew – the very first to be moored in the port – was not only a symbol marked by great emotion but, through it, a sense of accomplishment. This was a source of pride for us, but above all for the Principality and our Sovereign Prince, who has believed in this project from the very beginning.

The Covid-19, the storms… How did you manage to stay on course when the elements and events got out of hand?

We could never have imagined that we would be, like everyone else, indirect victims of this terrible epidemic during the construction site. The months of lockdown naturally severely slowed down the construction site. But, even though, it was never stopped, thanks to the benevolence of the Italian authorities. We were fortunate to be supplied with concrete on a more or less regular basis and therefore to be able to complete the work on the concrete structure, and in particular the shops and access roads. However, the secondary trades were delayed and it was a challenge to be able to open up the water body for the 2020/2021 wintering period. Then happened this terrible storm, which fortunately spared the port, proving its solidity, except for a load of macro-waste, which was a lesser evil. On the other hand, the area around the port and the city suffered terrible damage and will bear scars of this cataclysm for a long time. Against all odds, we managed to stay on course and I think we all learned to surpass ourselves in the difficulty.

What is the occupancy rate? What about the berths and shops?

The water body has been opened on October 15th and, to date, a dozen boats are already moored, three of which between 40 and 50 metres long. There will be a progressive increase and we reasonably think that about fifty boats will spend the winter at Cala Del Forte, knowing that bookings for the next summer season are already performing well. As for the shops, the 34 of them are all rented, with one or two exceptions because of withdrawals due to the Covid-19, but they will be rented again. Half of them were delivered early November to their tenants and the whole complex will be operational next spring, as will the shipyard, the fuel distributor and the 14 000 m2 of green spaces. Inauguration of the complex is scheduled for next June or July. 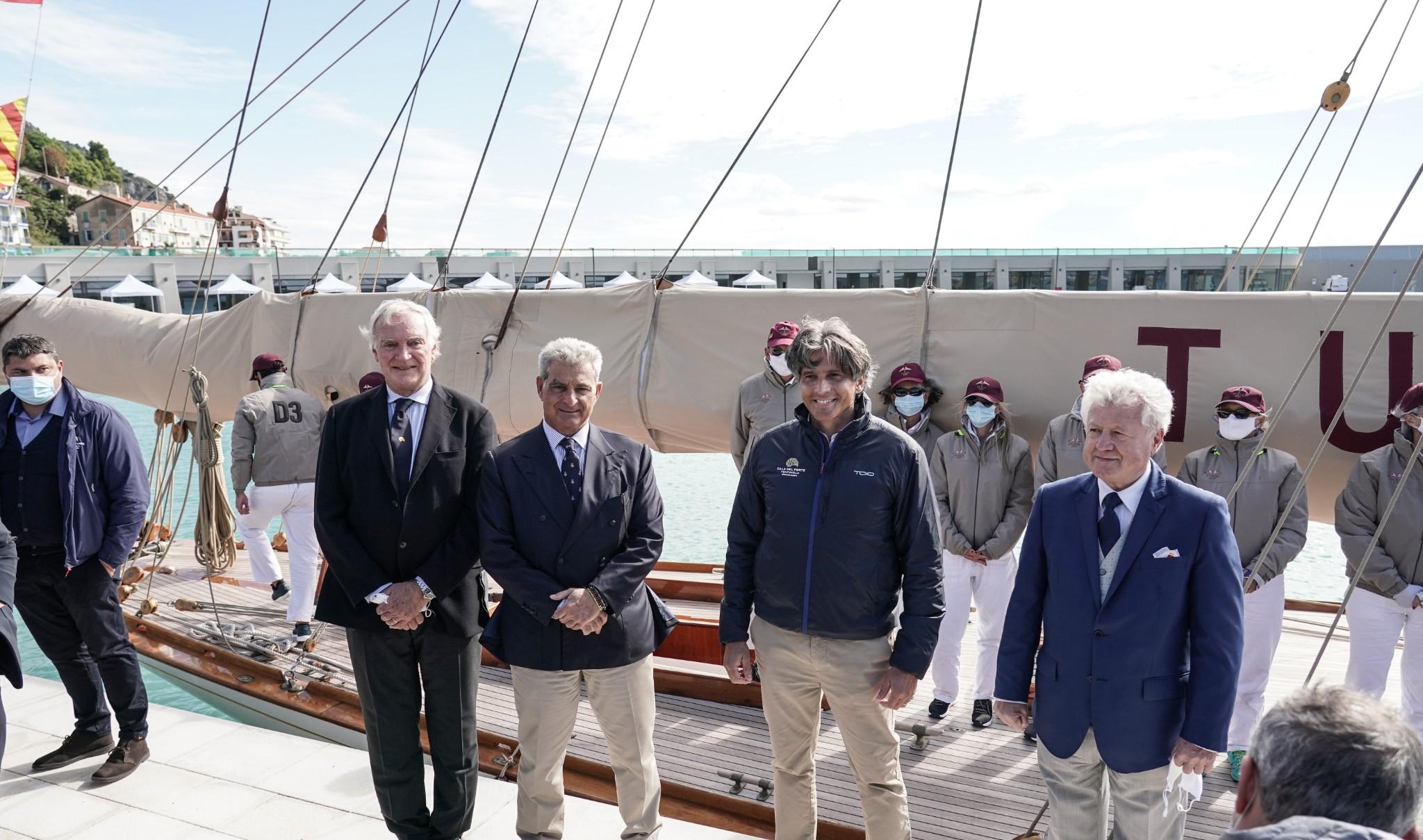