Info: Due to Covid-19: Postponement of the expedition for a departure from the Y.C.M. on Monday 8th June, on the occasion of the WORLD OCEANS DAY, then a return on Monday 22nd June.

Before his long campaign in the Southern hemisphere, the expedition organizer Yvan Griboval will sail a loop on the Mediterranean Sea to collect samples off the coasts of France, Spain and Morocco. Objective: to evaluate the level of plastic pollution and to communicate the urgent need to protect the oceans. An honourable mission with the number 20 as the main theme.

20 days of navigation, 20 samples, 20 weeks in labs, 20 months of exploitation… Organized by the navigator and member of the Yacht Club de Monaco, Yvan Griboval, for OceanoScientific, the expedition “Contaminants Méditerranée 2020” will cast off from the Principality on March 26th, for a return there scheduled on April 9th. It will circle on the Mediterranean, along the French and Spanish coasts, to Morocco, before returning off the Balearic Islands. On board, a dozen seasoned sailors and a leading Swedish specialist of the Ifremer (French Research Institute for Exploitation of the Sea), Linn Sekund, who will work in liaison with the International Atomic Energy Agency, the United Nations, in Monaco, but also with the Ifremer, partner of OceanoScientific since the creation of its expedition programs in 2006.

On the route – with stopovers in Cannes, Marseille, Barcelona and Nador – it will collect about twenty samples, including on the mouth of the Rhone and the Spanish Ebro, based on the observation that a major part of marine pollution comes from land. The samples will be collected on the recommendation of the scientists ashore depending on the satellite information available. At the end of the laboratory analyses, the interpretations will be compared with those of other studies conducted by the international scientific community, and then a very elaborate publication will be written collectively. In addition, an OBR (On Board Reporter), equipped with a UAV, will produce several videos, ready for broadcast. The ports of call – especially in Spain and Morocco – will be organized with the supports of local actors, who are in the best position to spread the message of reducing plastic pollution. The OceanoScientific team will be welcomed at the Real Club Nautico by Theresa Zabell, the Spanish double Olympic champion, founder and president of the Fundacion Ecomar, which has been conducting a similar mission for some twenty years. In connection with the presence on board of Saïd Ben Amar, first Moroccan to have rowed solo across the Atlantic, the Nador stopover will provide the opportunity to carry out an awareness operation in close collaboration with Mohamed VI Foundation, also committed to the protection of the environment. To successfully complete this offshore campaign in search of contaminants, Yvan Griboval, former top-level skipper (Volvo Ocean Race, Route du Rhum), has once again opted for a racing yacht. And not just any sailboat: the maxi-catamaran ex-Club Med (33.50 m x 16 m), winner of The Race 2000, a round-the-world race it completed in 62 days. Yvan considers that sailing is more virtuous, and that the speed capacity of large ocean racing yachts can help them avoid or circumvent potential barometric depressions. The crew will welcome on board the Spanish Guillermo Altadill, crewmate of Grant Dalton on Club Med when he won The Race. Abhilash Tomy, the only Indian to have completed a non-stop round-the-world sailing trip, will also be on board. On Club Med, renamed Ocean Pearl, equipment will include two RIBs, diving equipment, freezers to store the samples and, in each hull, an OSC System, a device for the automatic data collection/transmission of some fifteen oceanographic parameters.

Spreading the message in schools

Upon returning from this expedition, OceanoScientific will implement many awareness programs with schools, including in Monaco, in agreement with the Principality authorities. The goal is to target young people aged 8 to 12 to raise their awareness on climate change and the preservation of the oceans and biodiversity. Of course, this scientific and mediation campaign is supported by Prince Albert II, whose commitment to the environmental cause is well known, as highlighted by the many actions developed by the Principality . 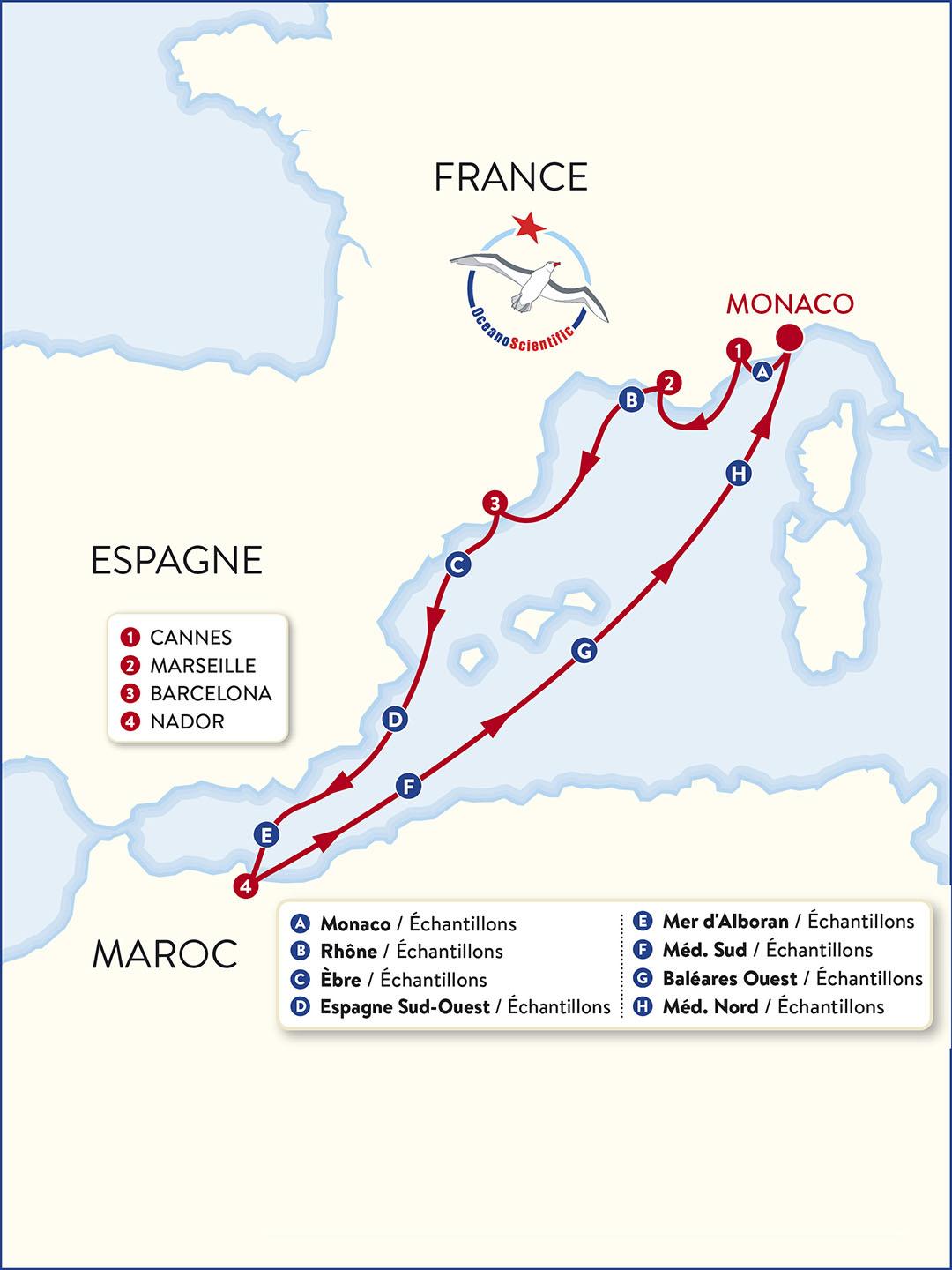