In the wake of the Prince Navigator

This year, Monaco commemorates the centenary of the death of Prince Albert Ist, who reigned from 1889 to 1922. A renowned oceanographer, humanist and enthusiast of science and innovations, the current Sovereign’s great-great-grandfather was one of the pioneers of his time.

Prince Albert II’s commitment to the environment and oceans is well documented. In a troubling coincidence, his passion echoes that of his great-great-grandfather and namesake, Prince Albert Ist, whose reign began in 1889. Monaco, then a popular winter holiday spot for the European nobility, was entering its Belle Époque, a few decades after the creation of Monte-Carlo and its famous Casino. Sovereign, humanist, scientist… Prince Albert Ist got involve in many areas and made oceanography a central theme of his reign. Yet nothing predestined him for this parallel career. Born in Paris in 1849, the son of Charles III spent a lot of time in Marchais, at his mother’s castle, and received his education in Paris and near Orléans. To explain this passion for the sea, “there are several hypotheses“, says Stéphane Lamotte, the secretary to the 2022 Albert Ist Commemoration Committee and author of the book “Albert Ist of Monaco: The Worlds of a Prince”. “The first trigger was a taste for nature the hereditary prince acquired very early on, during his walks in the Marchais estate. Gradually, this contact turned to the sea with initiating events, such as the outings he probably did as a child with Monegasque sailors and fishermen. He was also fascinated by the travelogues very much in vogue in the 19th century. It was a time of exploration, of great journeys, of Jules Verne’s novels, of the learned journals. He witnessed and was fascinated by the race to the poles. It gave him this early desire to go to the North.” The Prince also trained as a naval officer, first in France and, from 1866, in Spain. “He learned on deck, as he was ‘trained at the university of curiosity’. He was an autodidact in the noble sense of the word, who did not have an academic scientific education. He learnt from the ocean,” added Stéphane Lamotte.

A parallel career as an oceanographer

Prince Albert’s passion for the sea had never wavered. In 1873, he acquired a schooner he named Hirondelle. Aboard, he sailed in the western Mediterranean and visited the Spanish and Portuguese Atlantic islands. In 1884, he visited an exhibition at the Paris Natural History Museum on recent oceanographic expeditions. The hereditary prince had a revelation and the following year he organised his first campaign, on board Hirondelle. And, even after his ascension to the throne in 1889, he managed to pursue this parallel career. “He had a significant work capability, slept little. He surrounded himself with the finest, both in his political circle and scholars,” said Stéphane Lamotte. “He thoroughly prepared his campaigns and, contrary to popular belief, he was no more absent than his predecessors. He was in Monaco in winter, during the political and artistic season. Spring or autumn were often spent in Paris and Marchais, and he also came to Monaco. Summers were dedicated to scientific campaign, for periods from seven to twelve weeks, during which he continued to remotely govern. Letters, telegraphs… he kept abreast of what was going on”. As a head of state and a recognised oceanographer, Albert Ist stood apart. At that time when aristocracy practised yachting as a leisure activity, the Sovereign had little interest in the sporting aspect. He also wanted to be more than a simple patron. “He was the commander of the boat. He had a scientific staff. He solicited and listened, but he was the one leading the campaigns and deciding of their orientation,” Stéphane Lamotte described before specifying: “He was not into leisure or sports yachting. Actually, his first two visits to the Kiel Week sailing regatta (Germany) were stopovers on the way to the Spitzbergen. He returned there afterwards, aware of the international and political dimension of this social event, with a desire to bring peace between France and Germany.”

From Macaronesia to Spitzbergen, via Scotland, Prince Albert conducted 28 campaigns between 1884 and 1915. After four expeditions with Hirondelle, this sailboat rapidly became too limited. He then commissioned to the British shipyard R. & H. Green in Blackwall Yard, near London, a 53-metre three-masted ship with an engine, three laboratories and the most advanced technology: electric lighting, cold rooms, etc. Named Princesse Alice, after the Sovereign’s second wife, it hosted seven campaigns from 1891 to 1897, before being replaced by Princesse Alice II, a 73 metre specifically designed for polar zones. With this yacht, the Monegasque completed four expeditions to the Spitsbergen, this Norwegian island located inside the Arctic Circle, between 1898 and 1907. “As time went by, the capacity and technicality of his vessels increased. From 15/20 crew members on his first ship, there were about 80 on his last one, Hirondelle II, on which he conducted his last campaigns from 1911 on. In addition to sailors, there were linen maids, pâtissiers, mechanics… And this had an impact on yachting”, explained Stéphane Lamotte. The scientific curiosity of “the learned Prince” or “the Prince Navigator”, as he was named, led him to test many innovations of his time: meteorological balloons, wireless telegrapher, photography and cinematography… “He had a very pronounced taste for instrumentation. Whether it was the many tubes, including some named after his collaborators (Buchanan, Richard…), or the thermometers in the trihedral traps to take samples in the depths… there was some pretty impressive equipment. And either he helped improving existing equipment to make it more efficient for his needs or he created objects for his campaigns”, explained the secretary to the Albert Ist Committee, before describing a “rather amusing experience. One campaign on Hirondelle led him to the Azores and Newfoundland to conduct a real scientific investigation. He launched up to 1 700 floats of different kinds: copper spheres, wooden barrels, and more traditional glass bottles. These floats contained messages, in several languages, intended to be intercepted by boats or picked up on beaches. They contained a number of questions, including location, and a return address. The purpose was to collect data to study the currents, particularly the Gulf Stream.” Prince Albert Ist was actually passionate about oceanography in the broadest sense. He studied both characteristics of the marine environment, such as currents, salinity, depths, and its fauna and flora. He was also the first to map the oceans and name some sites of the Spitzbergen : Monaco Glacier, Emperor William Mountains or Tinayre Glacier, after the painter and friend who accompanied him on his expeditions. His work was widely disseminated, to the learned societies he belonged to, and to the general public, to whom he wanted to offer his knowledge and raise awareness of environmental issues. With this in mind, he created, early 1900’s, the Oceanographic Institute, in Paris, and the Oceanographic Museum, majestically overlooking the sea from the Rock of Monaco. The Prince also recounted his adventures in a travel diary, entitled “Career of a Navigator”, published during his life. It should be noted that, already at this time, Albert Ist was aware of the impact of human activities on the environment. He advocated for the creation of national parks, similar to those already existing in the United States. He died in 1922, a year after his famous Speech on the Ocean to the US Academy of Sciences in Washington. A testament speech that still resonates today. 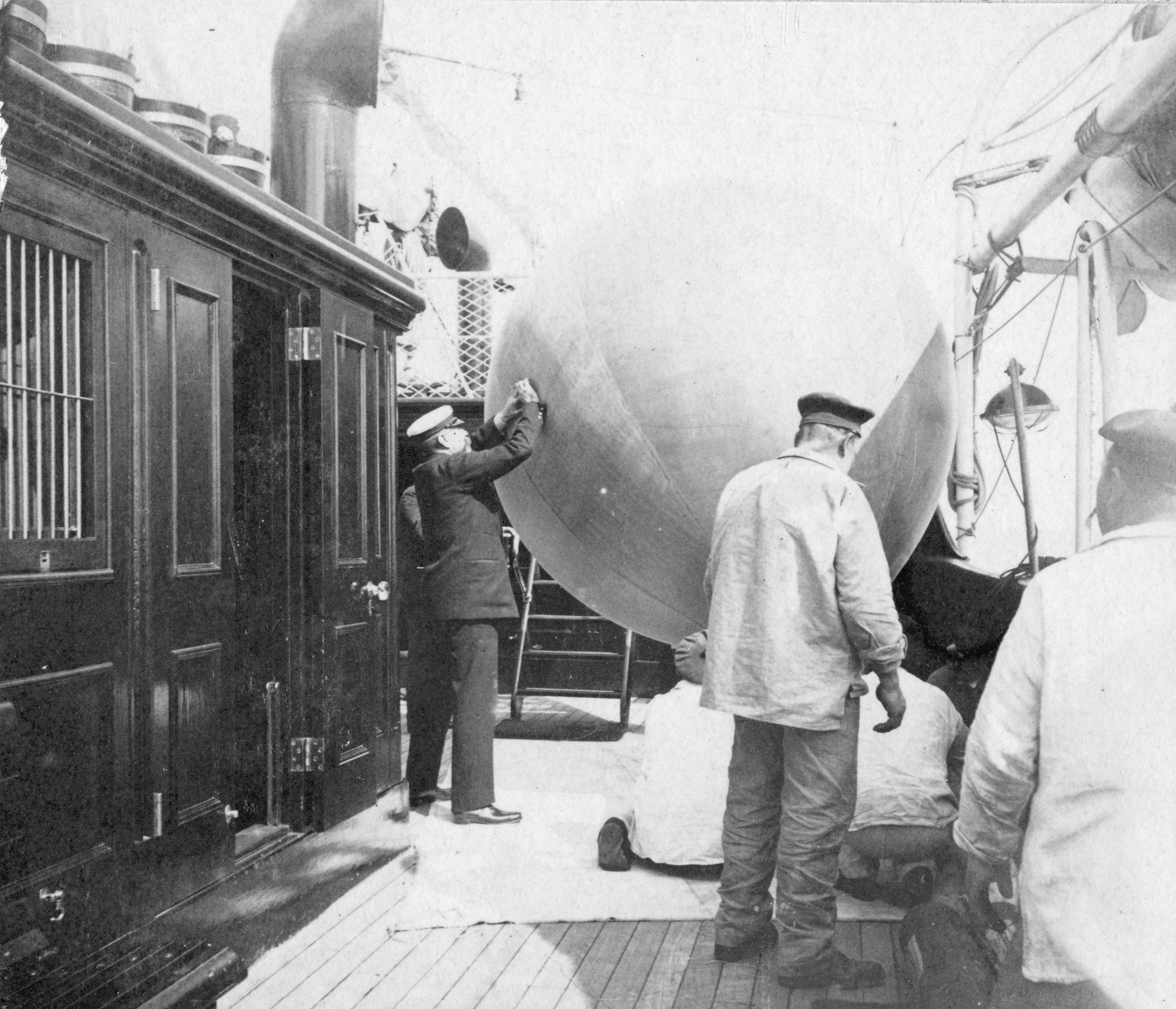 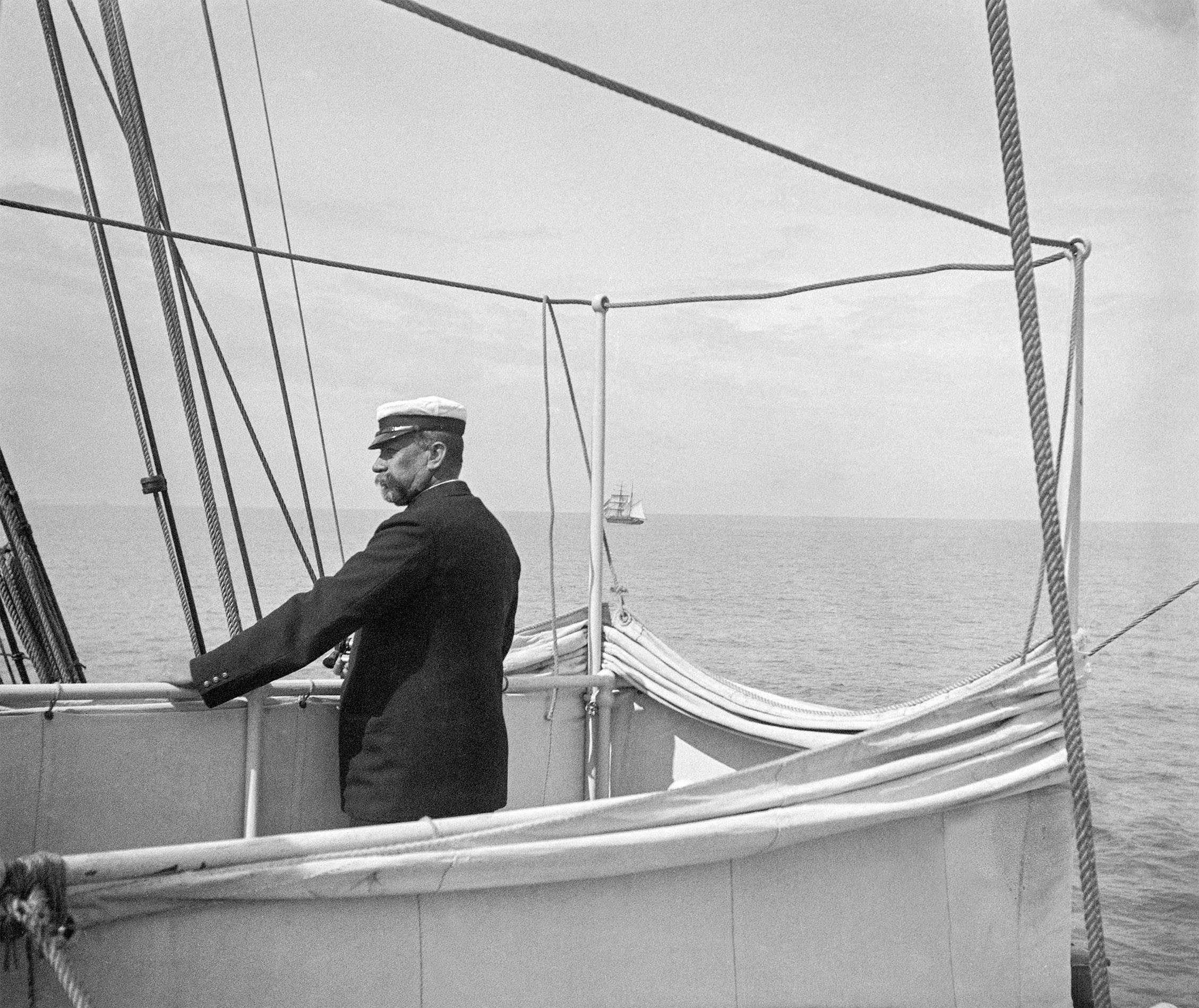 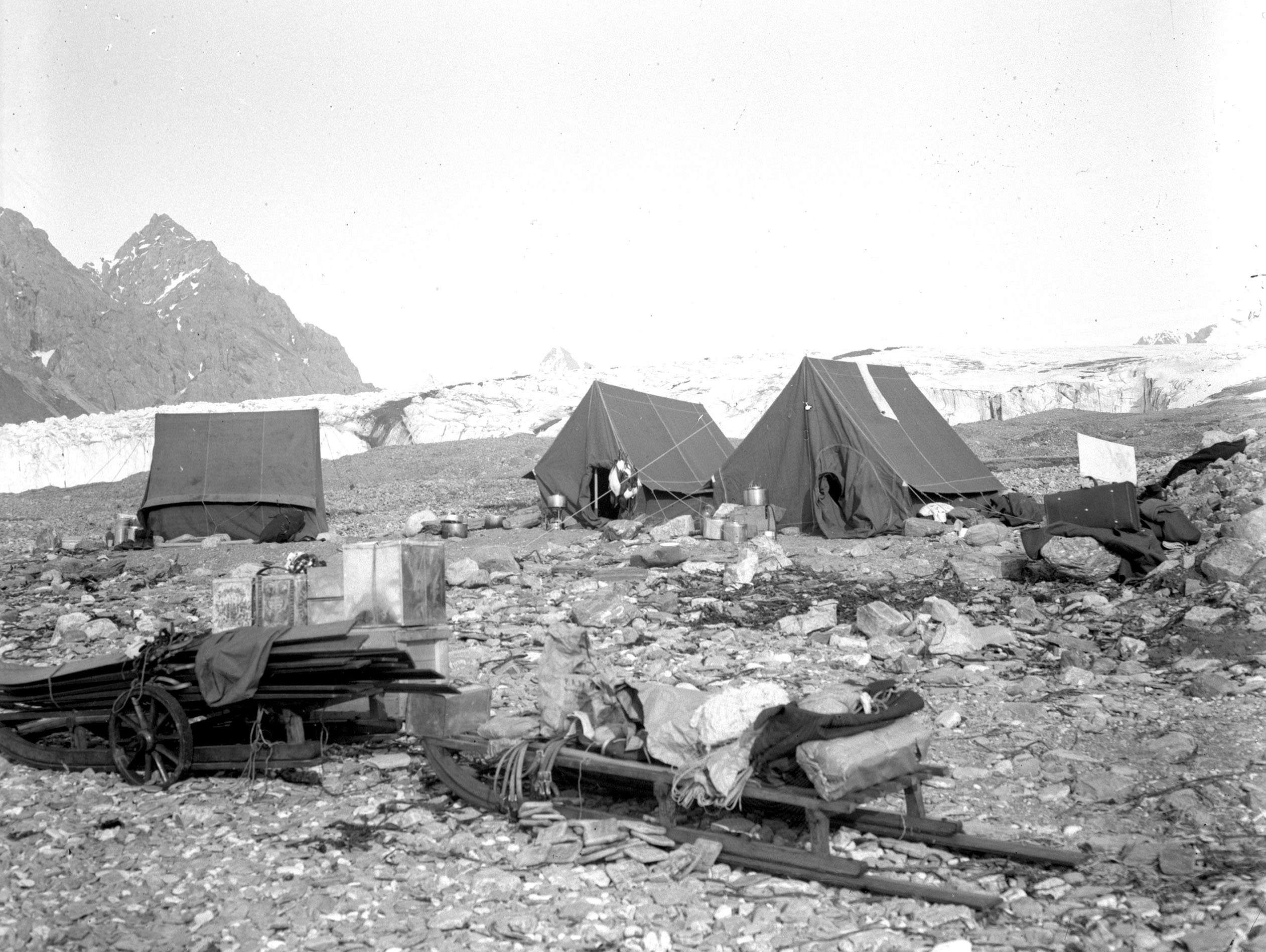 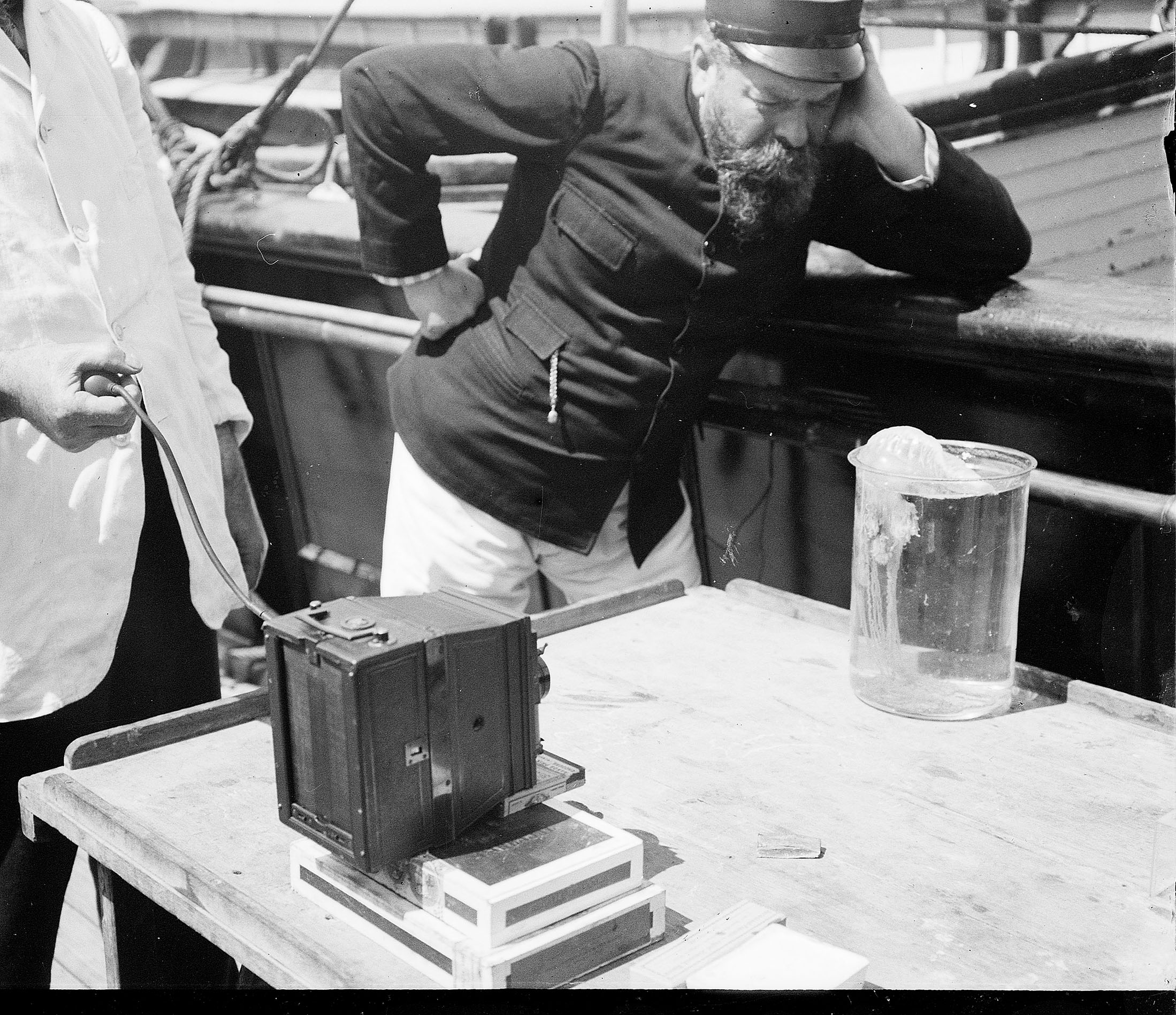 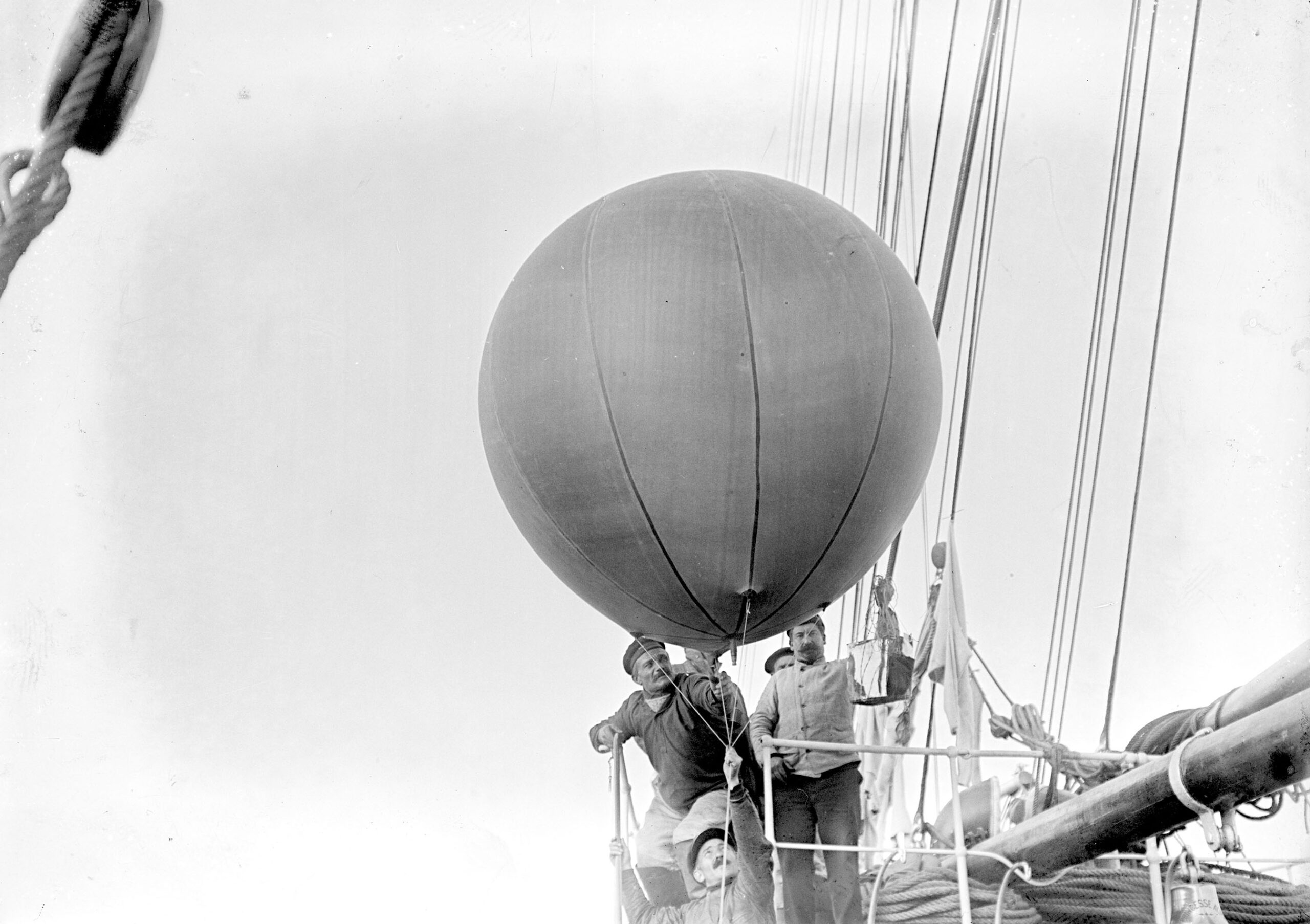