Exploring marine environments to better understand them and then protect them has always been a declared will of the Principality. First initiated by Prince Albert 1st at the end of the 19th century, Prince Albert II now keeps this tradition alive by launching Monaco Explorations, more than 130 years later.

H.S.H Prince Albert II has no equal when it comes to his determination to protect the planet. Actually, he succeeded in inspiring his government the impetus to advance research. The main axes were chosen with all due seriousness: management of the natural heritage and protection of diversity, implementation of the Climate and Energy Plan (Kyoto Protocol) and measures to promote a sustainable life. Seas and oceans are one of his foremost concerns.

The Principality has had a longstanding interest in the marine environment, which started under the reign of Prince Albert Ist who had a great passion for the seas and oceans. His motto was “Ex abyssis ad alta” (from abysses to stars). He was the pioneer of scientific expeditions with vessels specially designed and built to this purpose: “L’Hirondelle” (32-metre) and “Princesse Alice” (73-metre). These expeditions brought him a clear recognition and two nicknames: “the Scholarly Prince” and “the Sailing Prince”. He created in 1899 the Oceanographic Institute of Monaco, then the Oceanographic Museum of Monaco. More than a century later, H.S.H. Prince Albert II, the only head of state to have travelled to both poles, pays tribute to his great-grandfather by launching a three-year campaign: Monaco Explorations. “As Earth and oceans are under intense pressures partly caused by the growth of global population and climate change, this is our responsibility to take decisive actions to prepare future generations. By returning to the principle of scientific explorations at sea we will provide new concrete elements underpinning the messages of alert, awareness and education”. The Principality gathers together the best experts in humanities and natural sciences, who will have the latest technologies at their disposal. They give their full meaning to these expeditions. They have a specific program: description of scarcely frequented – or even unexplored – sites and environments, study of species behavior and their interactions, helped naturally by local scientists.

Launch of the program: next September in Macaronesia (Madeira and Cape Verde) with a mission on the knowledge and protection of the megafauna (turtles, cetaceans, monk seals and sharks). Then they will head to the Caribbean, the Pacific, the Indian Ocean and then the Black Sea and finally the Mediterranean… up until 2021. These areas were selected by the Scientific Steering Committee, composed of ten internationally renowned experts, led by Professor Patrick Rampal: “It is both an immense honour to participate in such an adventure and a great distress to see from the records of how badly we have treated our oceans.” The head of these multidisciplinary missions is Robert Calcagno, CEO of the Oceanographic Institute: “The campaign will show that science and public awareness are inseparable. Research programs are selected not only for their contribution to knowledge, but also for their ability to disseminate it and to bring a message to decision-makers and the public.” Finally, another major actor of this program: The Prince Albert II of Monaco Foundation, whose axiom is the environmental protection, that can boast 370 projects to this end. Its missions are to establish partnerships and implement concrete activities, to raise both the public’s and the authorities’ awareness but also the economic decision makers’.

The “technical and naval base” of Monaco Explorations is the Yersin, a 76-metre motor-yacht, designed to deal with both polar temperatures and very hot latitudes (-20° et + 50°). She is certified ICE CLASS IC. In addition to 22 crewmembers, she will host about twenty scientists who will enjoy specific and suitable research facilities. At 11 knots, the Yersin has a 15 000 miles range and can travel the seas for 50 days autonomously, plus 10 days with zero discharge thanks to a biological treatment plant. The emphasis will also be placed on public awareness thanks to the communication department that will regularly publish on social networks, blog, video, and live contents via Monaco-Telecom.

Born in Marseille, François Fiat, a former journalist at Europe 1, joined his step-gather’s group, founder of Franprix, before creating Leader Prince in 1990. He withdrew from his companies in 2009 to manage the family holding. Member of the Yacht Club de Monaco and ambassador for La Belle Classe Superyachts, his ambition was to conceive a unit that could sail on all the oceans but also embark scientists for specific missions. Thus was born his ship: the Yersin. 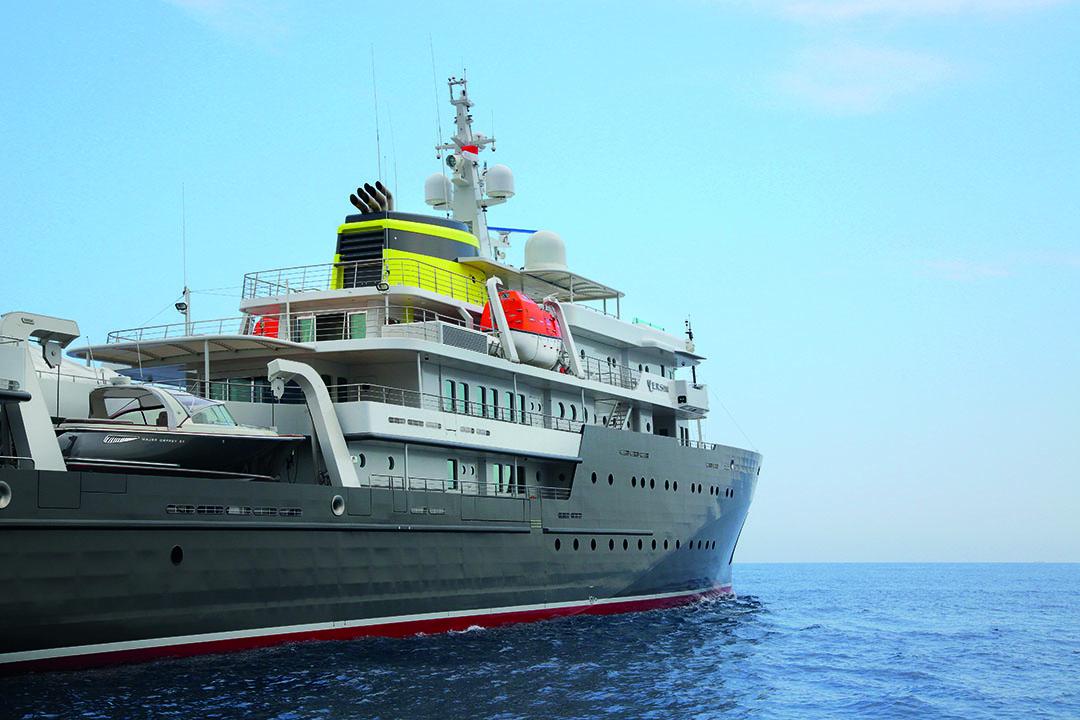 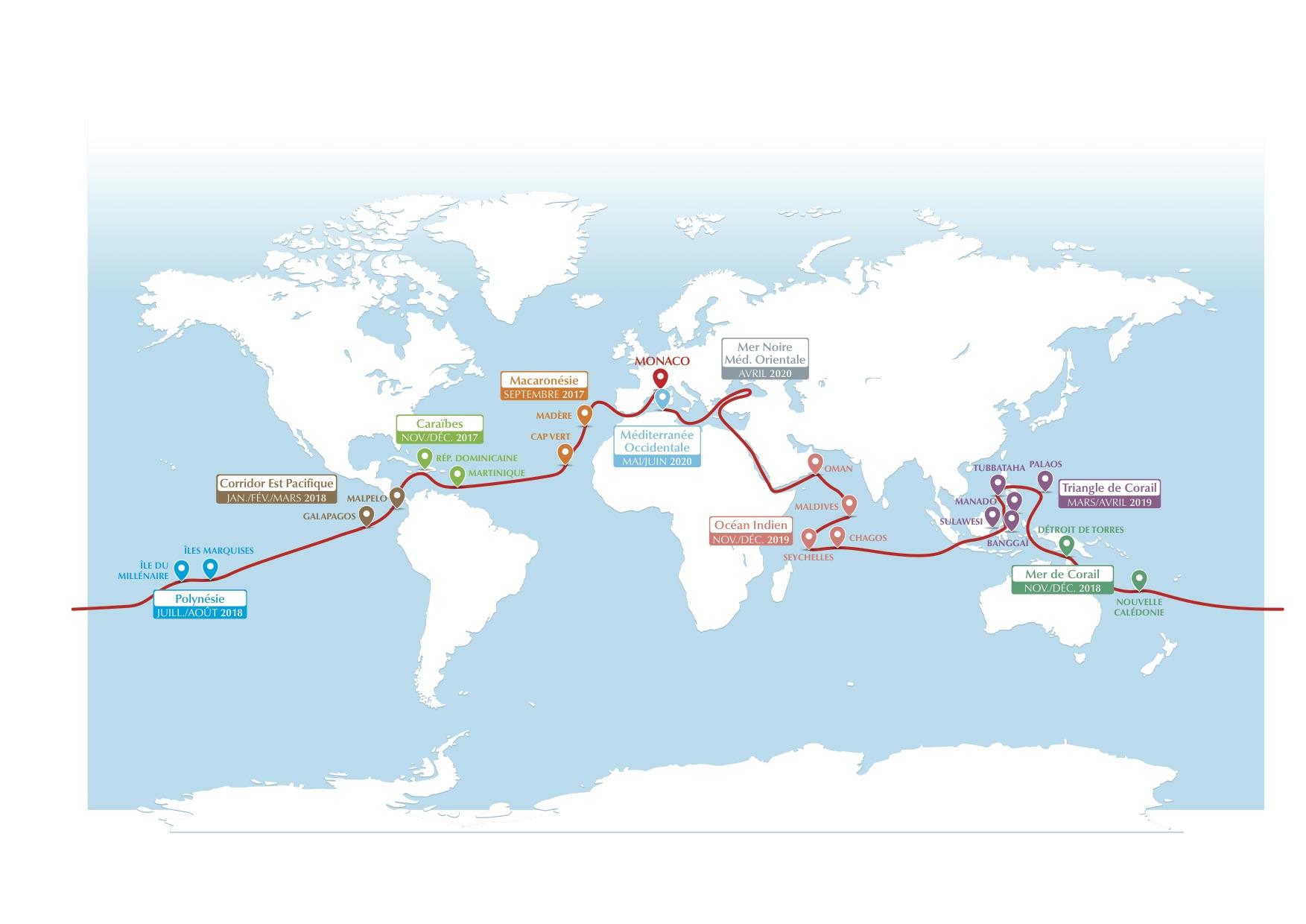 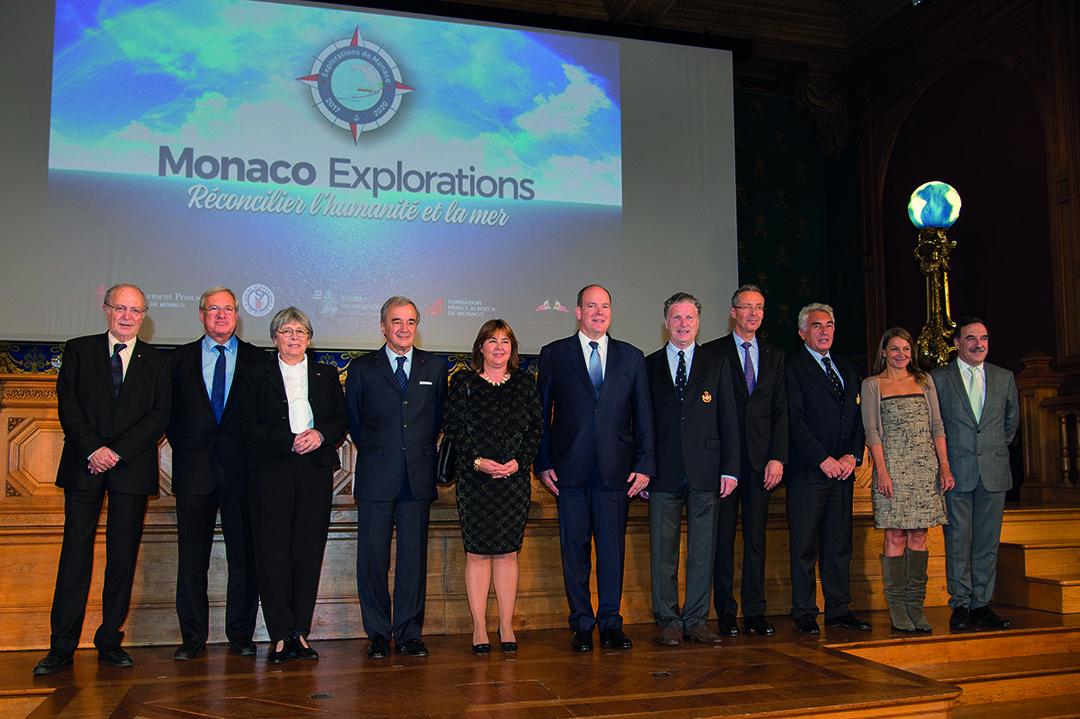 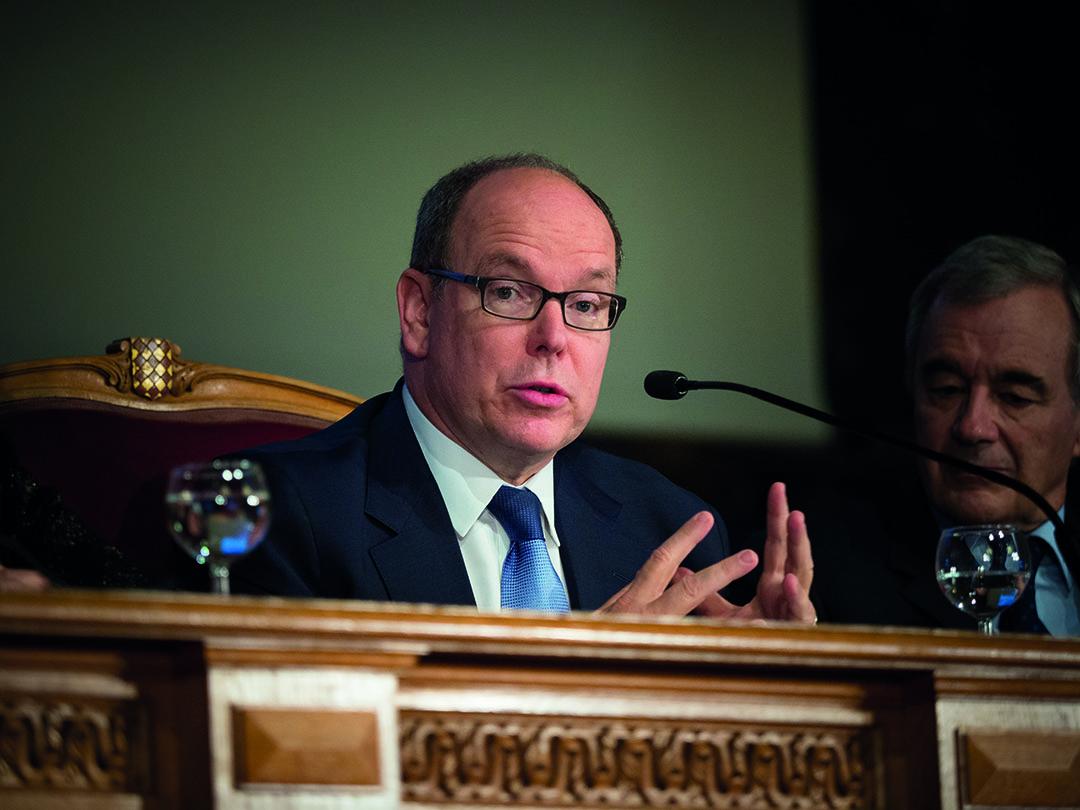 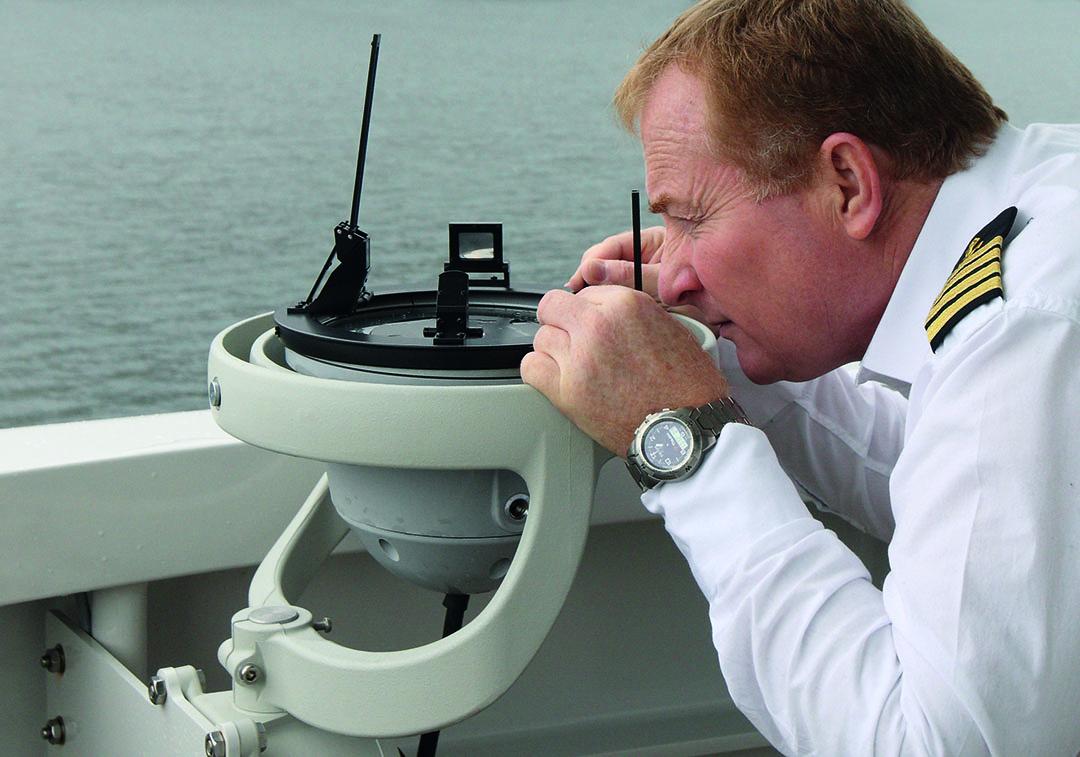 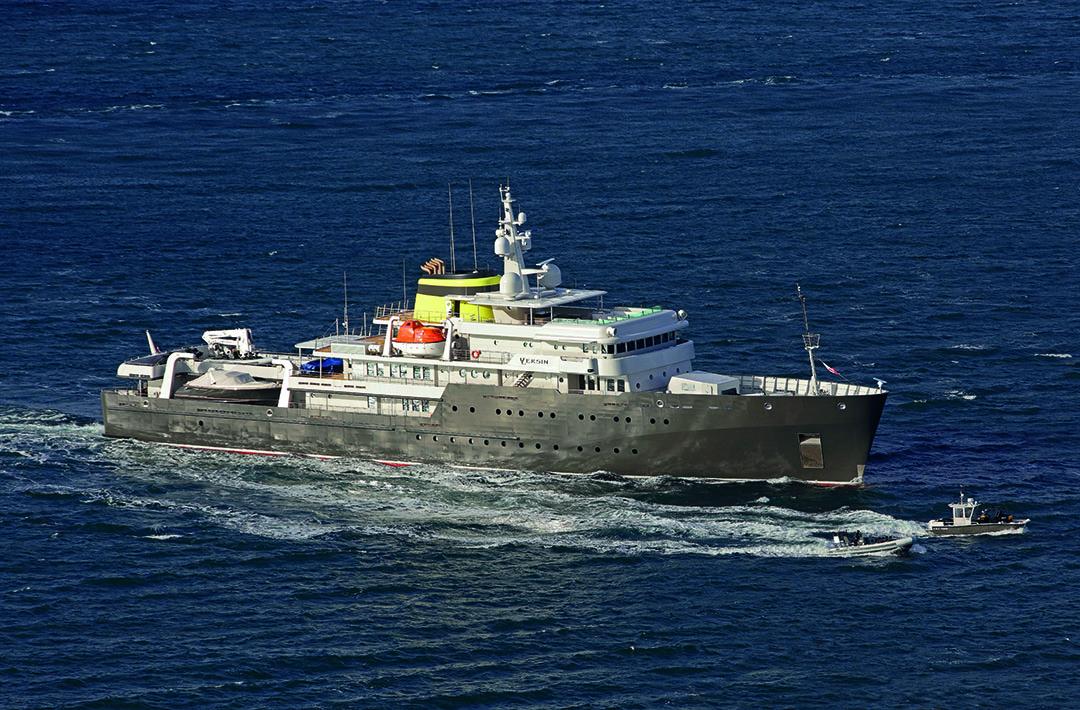