The principle already exists for some modes of ground transport, it has now been adapted for the first time on a pleasure boat: the Hynova 40. Her two electric engines are conventionally powered by batteries. What is new is that the electrical energy is supplied by a fuel cell running on hydrogen. The asset: a greater autonomy and better performance.

It is obvious that the sea is one of the first victims of the pollution causing global warming, with all the negative consequences this entails. First on the sights of the defenders of our planet, including the Principality of Monaco: seven greenhouse gases, including CO2, shamelessly spit out by combustion engines, be they gasoline or diesel. European countries, to name just them, are increasingly engaged in this carbon monoxide and dioxide hunting. One example: France has adopted a plan of 7.2 billion euros between now and 2030 to develop this green fuel. Over the past ten years or so, boats powered by electric engines regularly appear in the recreational yachting sector. These engines are perfectly respectful of the environment, but they have range limitations.

Thus, on units over ten metres, these electric machines need to be “assisted” by one or more combustion generators, since they cannot be sufficiently supplied with electrical energy by batteries with limited capacities (obligation to recharge them with the generator – hence pollution – or to make a stopover). As for the voltaic panels, most of the time, they only provide the electricity necessary for the needs of life on board (excluding air conditioners or galley equipment). Chances are that the right, if not ideal, solution could come from green hydrogen, a non-polluting fuel. But it will replace gasoline or diesel, and cannot therefore power a combustion engine. This is due to the fact that green hydrogen only exists as a gas, and thus requires to be directed towards a fuel cell whose role is to transform it into electricity (oxidation phenomenon between two electrodes) which is then simply distributed to one or several electric engines. In this way, zero pollution is guaranteed, except for the discharge of non-polluting water. That’s it for the principle, which is not new, at least in the industrial vehicle sector. For our part, EVER Monaco has been a revelation, that of the first hydrogen-powered boat whose stakeholders are primarily french.

Monaco continues with undeniable perseverance its fight against polluting energies. Thus, in mid-September, it hosted the EVER Monaco, an exhibition dedicated to sustainable mobility, ecological vehicles and renewable energies. Scientists presented there the many advances towards “zero CO2”. On this occasion we discovered a 40 foot tender named Hynova (Hy for hydrogen and Nova for innovation). This shipyard, the first of its kind, was created by French Chloé Zaied, who until then managed a day-boat charter company in the highly popular Marseilles calanques area. Very concerned about the respect of the environment, she created the Hynova brand and launched a first 40-foot polyester open boat for day trips powered by hydrogen. To this end, she called upon the naval architect Exequiel Cano Lanza, who worked with Couach Yachts for a long time. In terms of equipment, she went to the right place: Energy Observer Development, which, it must be remembered, has developed with its trimaran “Observer” a very elaborate hydrogen propulsion system. Indeed, this multihull pumps sea water in which are contained the molecules necessary to a fuel cell to produce hydrogen. Known as REX H2, this system comes out of the design offices of the Japanese car manufacturer Toyota, which has been marketing a hydrogen-powered car, the Miria, for over a year now.

Regarding exterior design, this day-boat is similar to what is found on the modern tenders market. Entirely open, it features a forward settee, a central helm station, another transverse bench and two solariums on each side of a passageway leading to the swim platform. The two lifting panels supporting each a sun lounger conceal the “neuralgic” hold, with on portside, two fiberglass-reinforced stainless steel tanks containing gaseous hydrogen, with a pressure of 380 bar. This one goes on demand to the fuel cell whose electrodes ensure that the gas is transformed into the electrical energy required by the two 184 kWh BorgWarner electric engines (2 x 250 hp) providing propulsion and allowing the Hynova to reach 22 knots. In cruising mode, at 12 knots, it has a 96 miles range. Advantages of the hydrogen: zero pollution, very low noise level, low vibrations, high torque at low rpm thanks to the electric engine and therefore an a priori favorable output. Disadvantages: an excess weight due to the fuel cell and a higher number of batteries and consequently, more space required. Today, a kilogram of green hydrogen costs 10 euros, which puts the mileage at 2.30 euros.

Finally, it is worth mentioning the refueling because, to date, which marina can supply this precious fuel? To answer this question, Energy Observer Development has designed a floating fuel station, basically a hydrogen pump, that it is trying to market to ports and marinas.

In short, the “zero pollution” boat does exist, even if it is in its early stages, and before it can navigate freely, it must undergo homologation. Compared to an identical boat with a diesel propulsion, this 40 foot should cost about 30% more, the price of respect for the environment. Pending more ambitious developments, hats off to Hynova, Exequiel Cano Lanza, Energy Observer Department and Toyota for having paved the way for hydrogen boating. 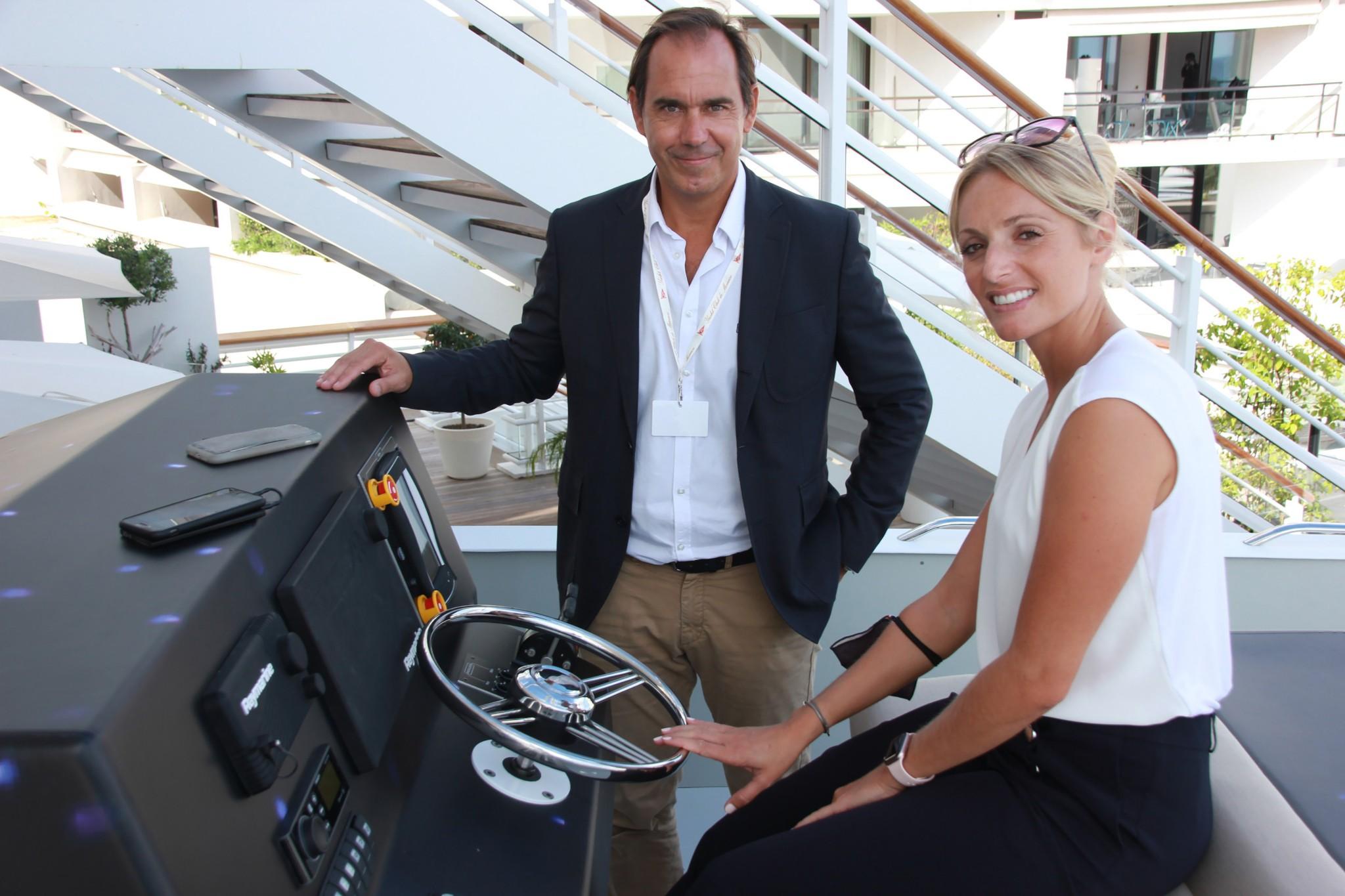 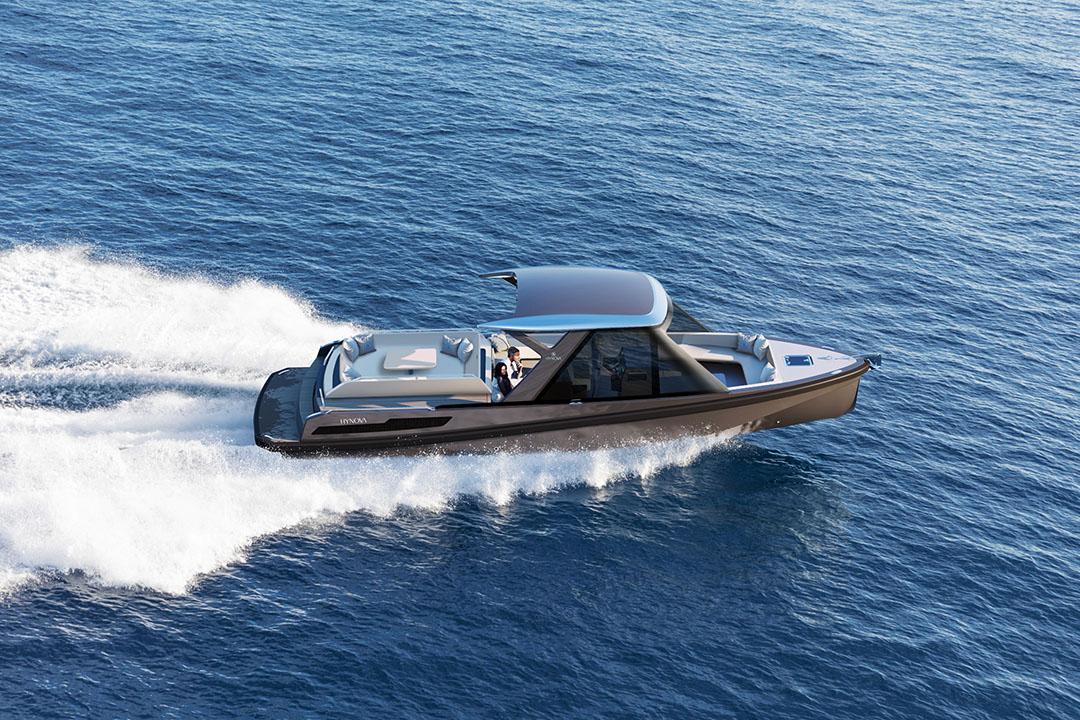 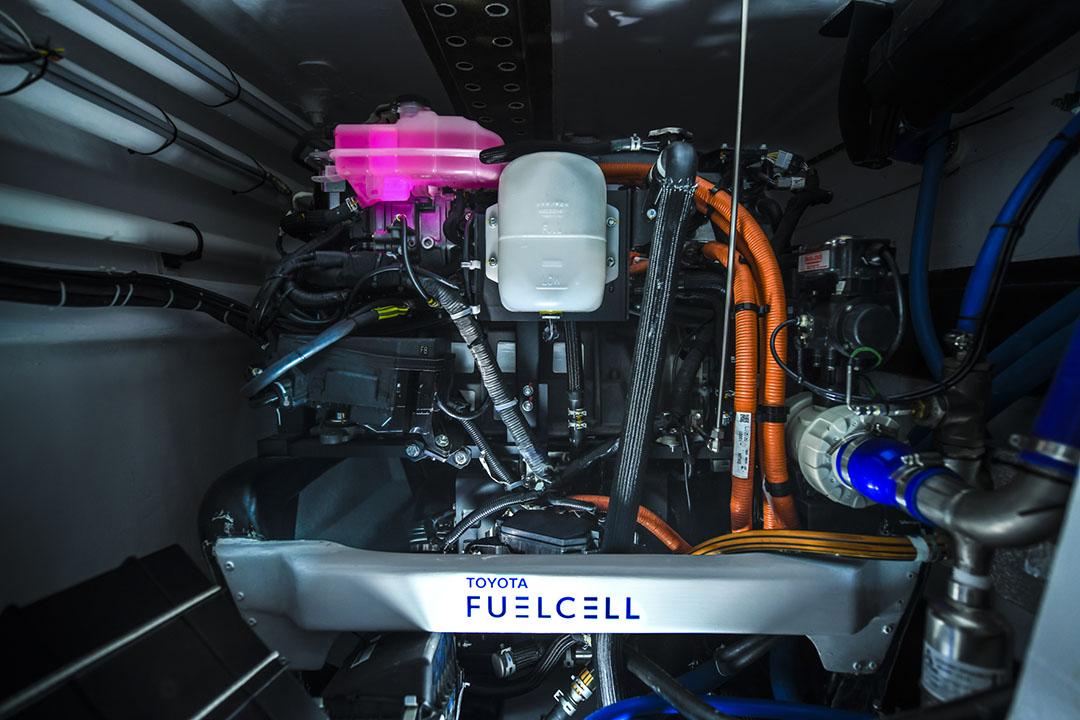 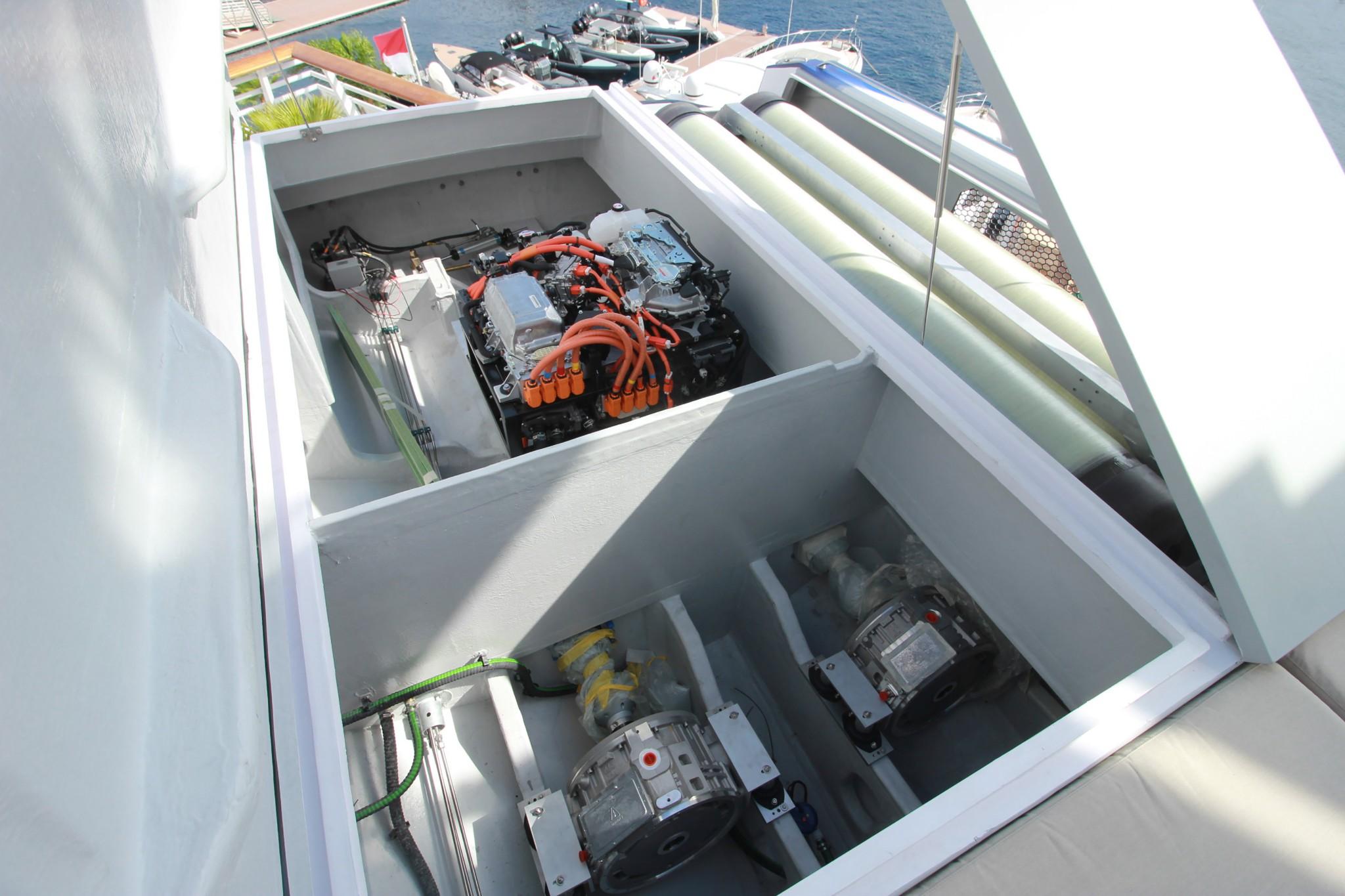