A few days after completion of the Vendée-Arctique-Les Sables-d’Olonne race, where he finished at a nice seventh place, and already in the final preparation for his participation at the Vendée Globe, Boris Herrmann, the first German to participate in this mythical race, has kindly agreed to speak to us about his training and the modifications to his boat SeaExplorer – Yacht Club de Monaco.

The man is affable, smiling, his features barely marked by his last race he completed in just over 10 days, the Vendée-Arctique-Les Sables-d’Olonne. Only the swollen hands he showed to the camera (Due to the Covid-19 pandemic, this interview was conducted via video conference) could attest the harshness of his efforts. Boris Herrmann seemed happy, fulfilled. And he confirmed it: “For me, it’s natural to be at sea.” The Vendée-Arctique-Les Sables-d’Olonne was the last race preparation – and a qualifying event for some competitors – for the next Vendée Globe that will start on November 8th. With his seventh place, and having taken the lead after the buoy near Iceland, Boris Herrmann is savouring the fact that he was able to validate the technical choices made last winter. Built in 2015, his IMOCA (international class of 60-foot monohull racing yachts) belongs to the first generation with foils and an upgrade was then necessary to remain competitive. And the result appears satisfactory: “Everything went well, Boris said. The new foils make me very happy, they allow me to be faster. I can compete with the new boats and at certain speeds I am sometimes even faster. The shape of the foils varies greatly between boats and some do very well at certain wind angles and do less well at others. Mine have pronounced characteristics and at 100 degrees to the wind I was going very fast, over 30 knots. So fast that I used the capabilities of my autopilot to control that speed”. The skipper can set or limit speed on the autopilot, to suit the rest of the fleet, and the pilot luffs up to slow down if the boat exceeds that set value.

“Stick your nose into every detail, even the least interesting ones”!

Indeed the boat has to be preserved… and the man too. “Physical becomes more and more important with foils because the boat becomes more agile and dynamic. It changes her behavior. You have to be ready to adapt and have self-control, be strong in your body. In the end, you don’t gain a mile because you are ‘fit’. It’s still the sailor and his experience that correctly set the boat.” And he took as an example Damien Seguin who, born with only one hand, “has already beaten me in races”, or women, like Samantha Davies “who can win everyone”. But today, ocean racing has become a mechanical sport and the “machine” has to be constantly optimized. “Together with the architects, we made a huge bet with bigger foils. SeaExplorer – Yacht Club de Monaco is now a semi-flying boat. Our navigation is lighter and we have reduced the ballast by a ton”.
This evolution also required to reinforce the boat’s structures and modify the bow design to increase the volume and reduce the risk of charging. Of course, Boris knows his companion by heart – he bought her four years ago and has already completed 11 transatlantics (including one with Pierre Casiraghi and Greta Thunberg!) and sailed more than 50 000 miles under the name Malizia II – but the arrival of the new foils requires a lot of attention. “The Covid-19 crisis has made us lose time in our preparation and it takes a lot of sailing to understand the new behaviour of the boat. Unlike on the America’s Cup, the foils are not computer-assisted. The rake setting (the angle of incidence of the foil penetration, adjustable by 5°, editor’s note) is manual and cannot be changed at all times. You have to feel if the nose goes too high, if the boat jumps up and down, and find the average setting to keep the boat as flat as possible.”
So a busy program awaits the team before the Vendée Globe. SeaExplorer – Yacht Club de Monaco was taken out of the water at the team base in Lorient, dismasted and ready for a complete check-up as there are so many things to control. Boris gets involved in all aspects of these periods ashore: “I have to pay attention to everything, poke my nose into every detail, even the most insignificant, uninteresting ones. Luckily, I also have a good boat captain who takes care of all the technological, technical, maintenance aspects and manages five people full time. Sailing, even for single-handed races, remains a team sport. The boat captain is perhaps more important than the skipper to the success of a Vendée Globe: if he doesn’t make mistakes, you have a good chance of doing a good race.” Beyond the boat, many areas require attention: mental and physical preparation, nutrition, sailing, training on land and at sea…

Boris isn’t worried about mental aspect: “I’ve already sailed around the world three times, I’ve been to the southern south, I love to see those huge waves, the albatrosses, this atmosphere. It’s natural for me to be at sea. This race is the project of my life, the result of 10 years of preparation. I’ve had some breakage and I’ve been able to get through it. It reminds me that you must never give up and go all the way. That’s probably the most important mental aspect because on a Vendée Globe there will be “shit” almost every day and you have to find MacGyver-style solutions.” For the physical aspect, he is counting on the last few weeks to get stronger, while being careful not to hurt himself. “I said it’s not what makes you win, but it’s very important. When I was preparing my runs at my desk in Monaco, Pierre Casiraghi, next to me, was always telling me, “Go for a jog first because if you’re not fresh and strong, you don’t have the basis.” He has always pushed me to do that.” For the nutritional aspect, he draws on his experience as a circumnavigator with one freeze-dried meal a day and a vacuum-packed one to bring more taste, texture, “but also morale and energy”. He is also in contact with nutritionists to pick sources of vitamins and snacks. “You need to have quick access to a lot of energy. On this last race, my mainsail went down and for three hours I was at full speed to put it back up again. The energy spent is crazy.” Soluble supplements are also required, because the watermakers don’t produce enough minerals.
Navigation also gets prepared on land and Boris Herrmann has had the opportunity to integrate the Pôle Finistère Course au Large, in Port-La-Forêt, known as la “Vallée des Fous”. Along with eight of the best sailors at the moment, he will be taking part in four courses, each spread over a week with three days of ocean sailing and two days in the fleet, interspersed with debriefing sessions. Which is definitely an asset because, like Boris reminded, “the winners of the last five editions of the Vendée Globe have all went to the Vallée des Fous”. It also allows to fine-tune reflexes aboard these boats with very closed cockpits, where sailors are forced to reduce the number of exits on the foredeck. “We try to limit sail changes and manage everything thanks to the furlers, with ‘furling – unfurling’, quick manoeuvres where you can stay aft, in the cockpit. We reduce the moments when we go forward, but that happens at least once a day. It gets sporty because you have to always keep up with the pace. The average speeds are very high and if you stop for 20 minutes for a change, the gaps widen quickly. I dress in the dry suit and put on my harness. We train to do small course changes with the autopilot remote control to ensure that the sail falls back on the deck. That’s why you can see S on trackers. On our boats, we can have five sails on at the same time, on furlers and in positions that didn’t exist before. The idea is to have all-purpose sails and to sail efficiently.”

At 39 year-old, Boris Herrmann is a serene skipper, confident in his seamanship, his experience and his preparation before casting off on November 8th for his first Vendée Globe. He is also proud to be the first German to take part in this exceptional race: “I’m surprised there was no one before me… but it’s coming right up after me (laughs).” To preserve the scientific spirit and contribute to oceanographic research, a strong commitment of Monaco, Boris is also taking on board a 17 kg automated laboratory which precisely measures the CO2 concentration in the sea throughout his journey and collects precious data for the understanding of global warming, a project backed by Yvan Griboval for over 10 years. Most importantly, a young father since June, Boris has hung pictures of his baby inside SeaExplorer – Yacht Club de Monaco: “I asked one of my Japanese competitors how he managed not to feel lonely and he told me to put pictures of my family. So I followed his advice.” With such a “stowaway” on board, Boris can’t only have a nice trip around the world.
The foils make the boat more efficient, but require the skipper to make a more intense physical effort. But Boris Hermann would not change that, as he considers them to be an undeniable technical progress. 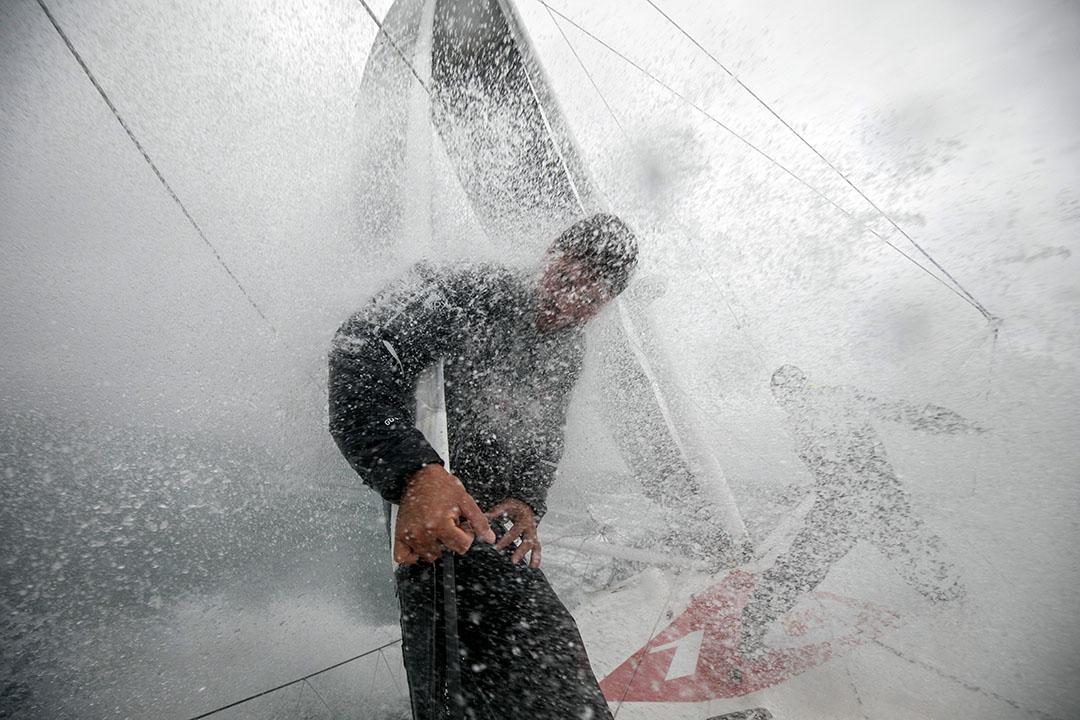 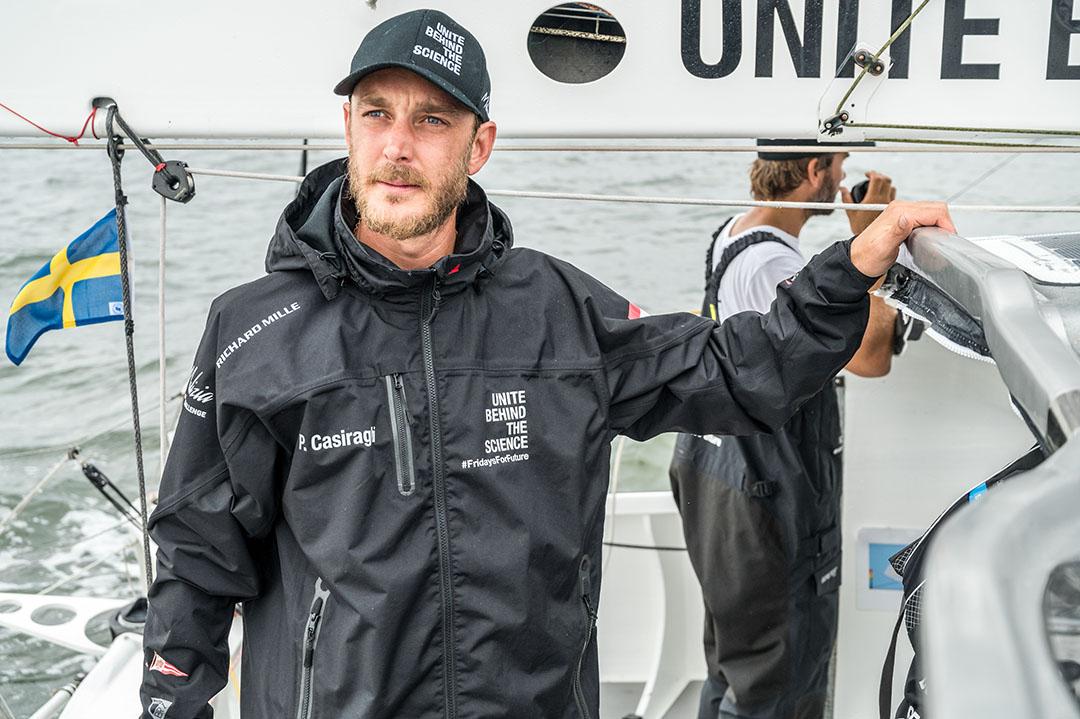 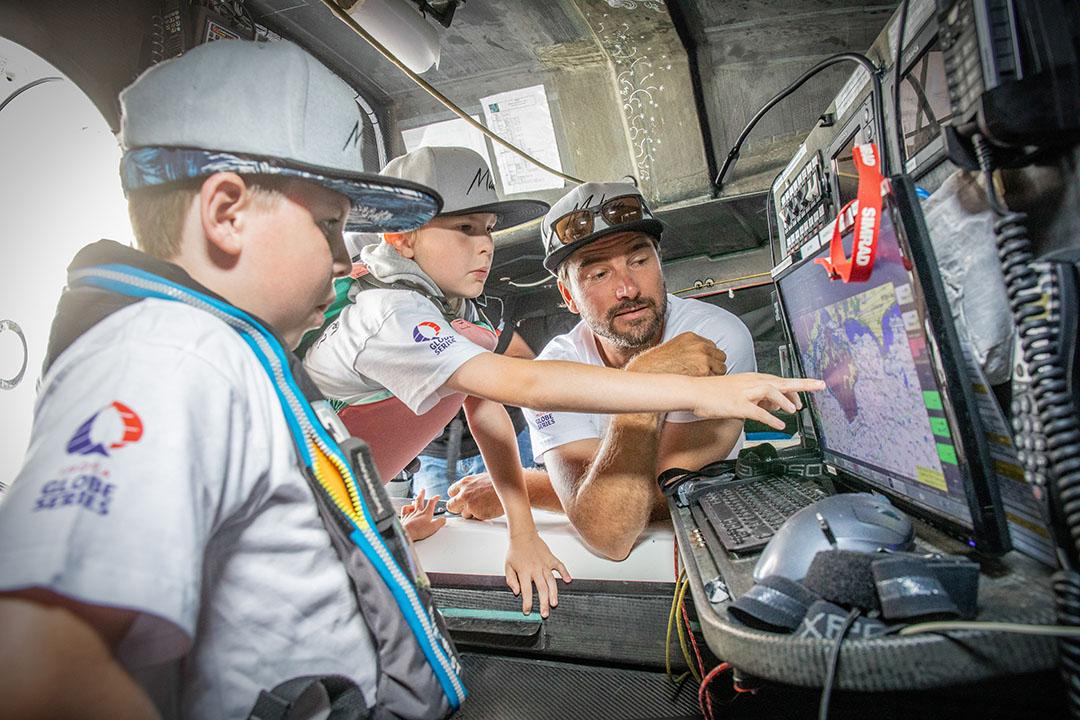 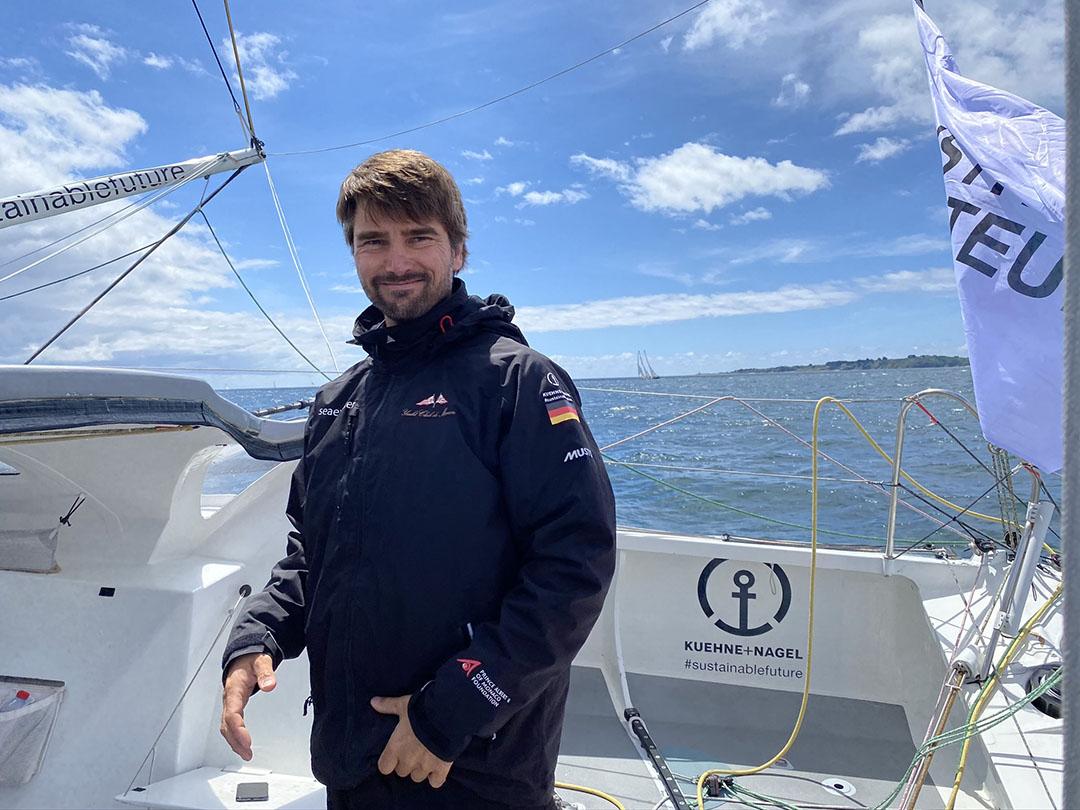 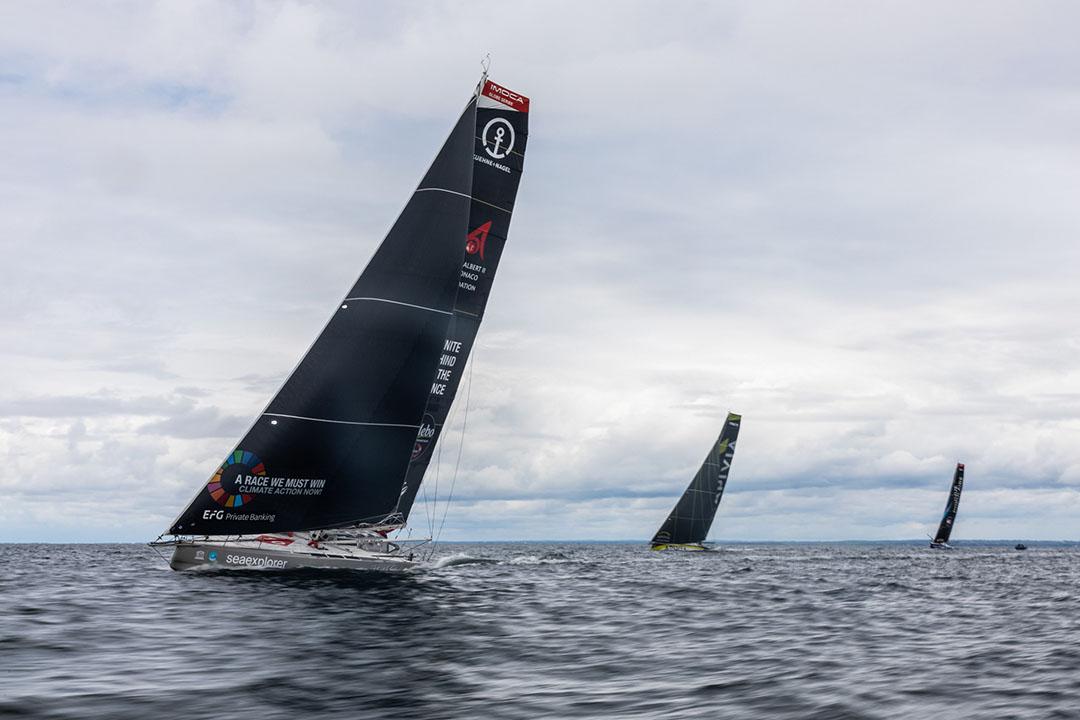 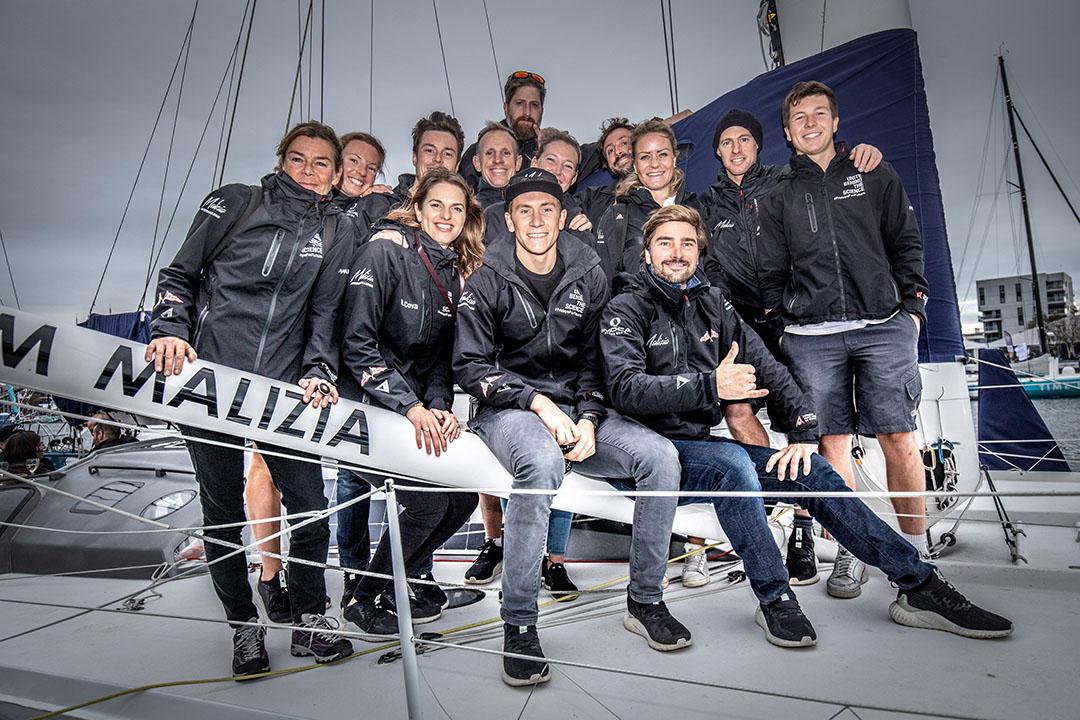 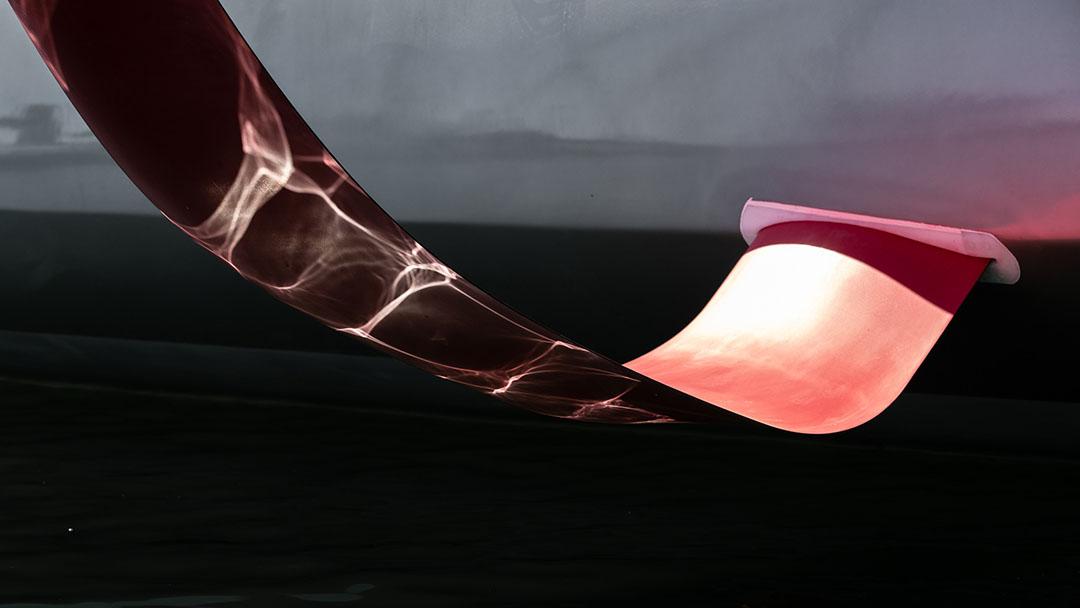 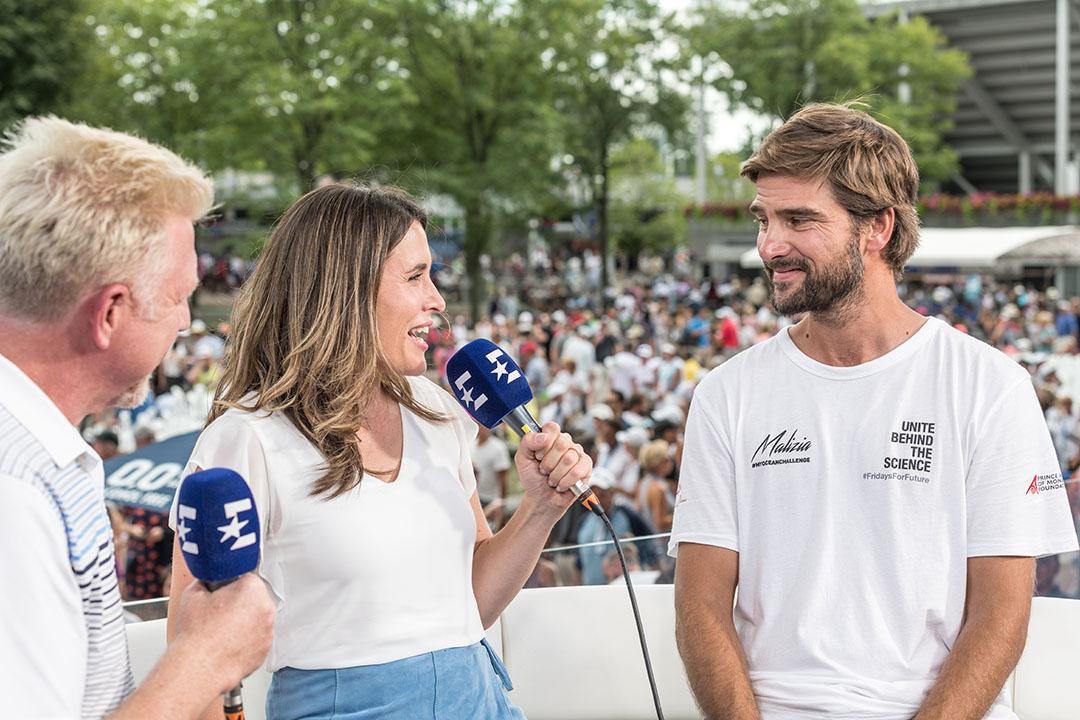 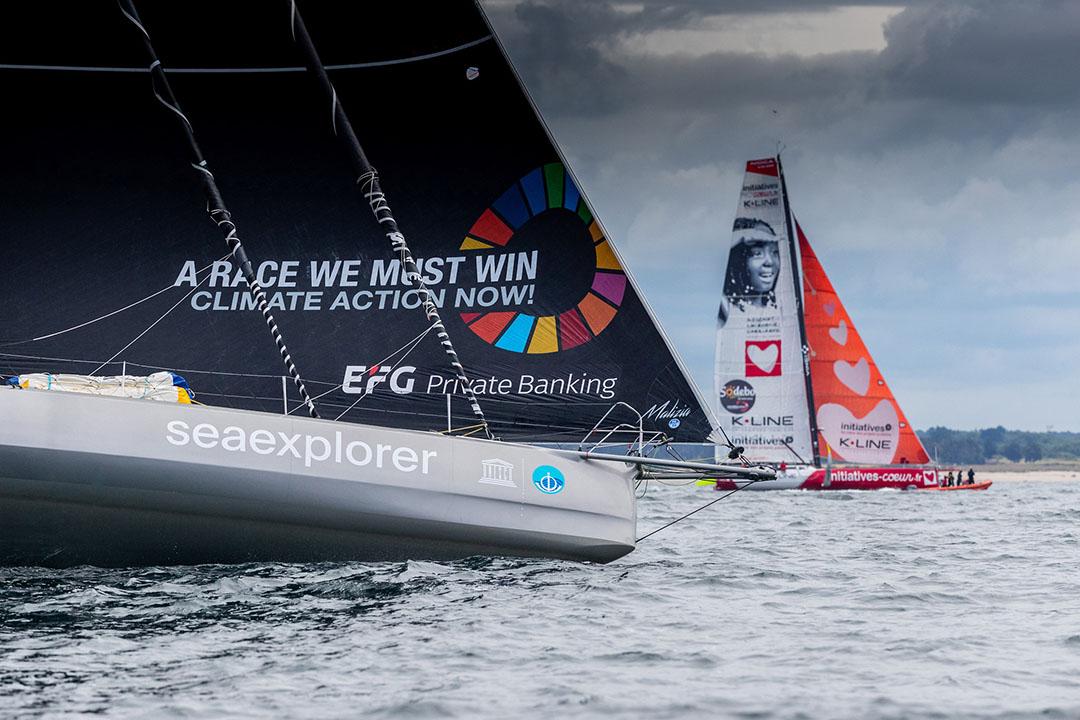 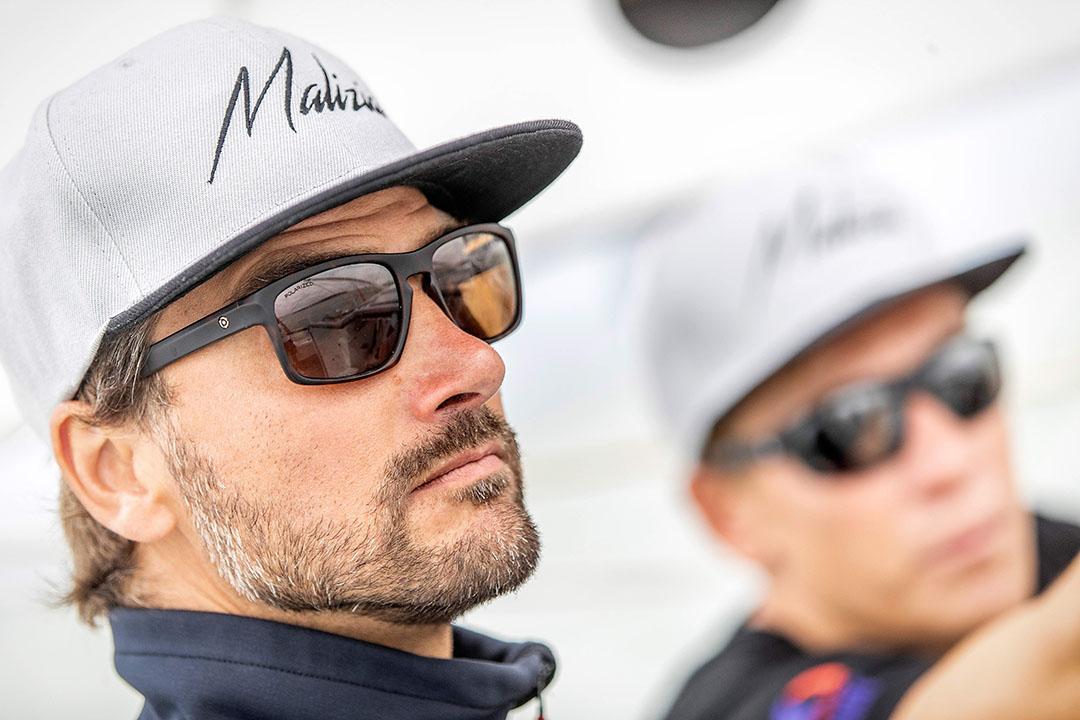