On board for the best view

There is no more original way to serve Formula 1 racing than in the Principality and its “intramural” circuit, a large part of which runs alongside the Port Hercule. In other words, some yachts, moored “rear to quay” have an unrestricted view of the racing cars. A pure pleasure for motorsport aficionados.

Those in the know will tell you: “if you only have to see one F1 Grand Prix in your life, it’s the one in Monaco!” After the Historic Grand Prix (12th edition), which takes place every two years, including 2021, and which brings together cars from the 1970s, and the E-Prix (electric single-seaters), it’s time for today’s Formula 1 for a race that is unique in the world: the 78th Monaco Grand Prix. And to attend this unique race, which took place on 23 May, some privileged people chose to do so on board yachts anchored in the Principality’s port. And they were not disappointed by the show, which was certainly noisy, but certainly of exceptional quality, given the proximity between the actors and spectators.

Indeed, unlike a permanent circuit, the Monaco track, which winds between the safety rails set up at the level of the pavements, these cars of about 1 000 horsepower for only 750 kg, approaching 300 km/h at the exit of the tunnel, pass only a few metres from the yacht boarding bridge… Those who are passionate about the drivers’ prowess will appreciate the dazzling spectacle, will be able to listen to the upshifts and revs (even if, since the hybrid era, the engines no longer howl their rage like their predecessors), and will be able to feel the torture of the tyres when braking or re-accelerating out of a bend, to delight in the virtuosity of the drivers mastering the rear end of their thoroughbred, to discern the precision of the trajectories, to the point that one does not know if one could slip a metro ticket between the wheels and the rails, to smell the mixed odour of high-tech oil and high-octane petrol…

Each year, the Port Hercules harbour master’s office opens registration files for about two hundred rings six months before the event, with choice “places”, notably in the following locations: opposite the K stand (between the “Bureau de tabac” bend and the “chicane de la piscine”) and opposite the Quai des Etats-Unis,ç! rather spectacular locations. This year, due to the pandemic, there were restrictions, including no more than 12 passengers on board each yacht, not including the crew. Another requirement was a PCR-negative test for boarding. This year, the organisers, Port Hercule and the Automobile Club de Monaco, registered far fewer yacht applicants (down 50%), most of whom are booked by companies managing events on behalf of sponsors. As an example, a 20-metre unit has to pay a ring fee of 16 000 euros for the week of the Grand Prix. It should be noted that, during the time of the F1 calendar’s premier event, the usual tenants of places in the port are moved. The date is set for 2022, the Grand Prix will take place from 13 to 15 May. All that remains is to obtain the precious invitation. 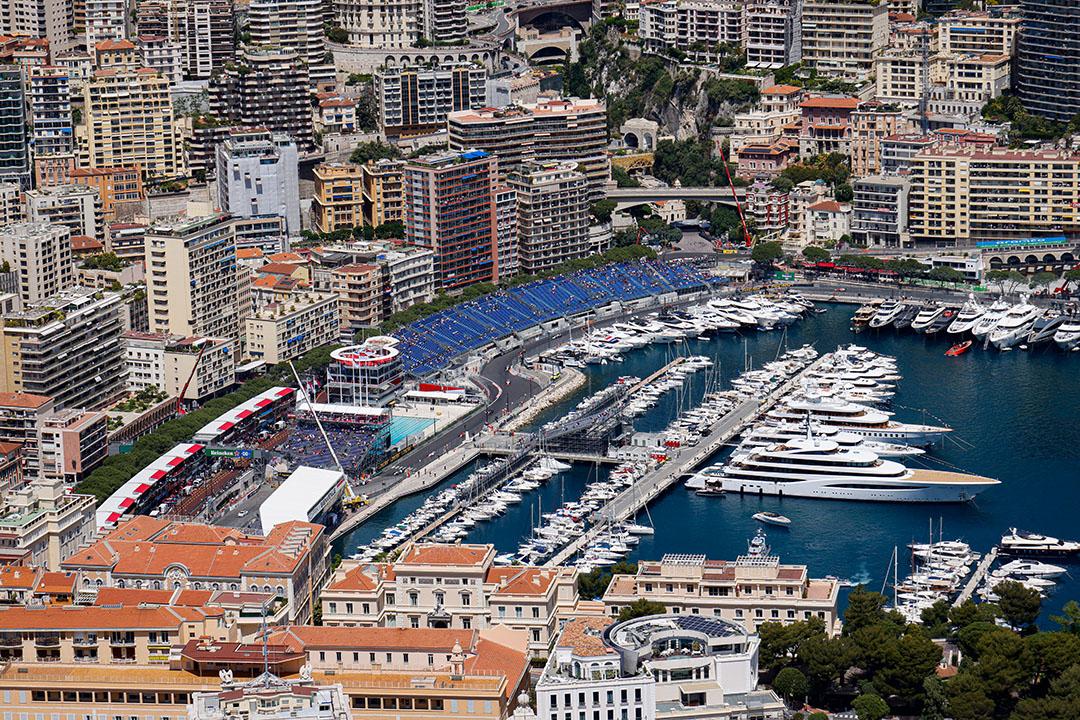