Daniel Realini : "Cala del Forte is right on the timing"

In December 2016, after years of negotiation, the principality of Monaco had finally acquired the port of Cala del Forte in Ventimiglia. Less than a year before the completion of the maritime part, we met with Daniel Realini, deputy director general of the Société d’Exploitation des Ports de Monaco.

How is work on the port progressing ?

Work has restarted in February 2017. Currently, these are mainly structural reinforcements, aiming in particular to improve the safety on the water surface. After that, we will enter a more spectacular phase, with the development work on the quays and surrounding areas. But at the time, we are right on in terms of the timing we announced : the maritime part of the port will be achieved by Summer 2018. And Cala del Forte will be completely finished – port, parking, shops and surroundings – by summer 2019.

Will there be specific services for its users ?

Planning modern features on a brand new port is easier than transforming existing structures. From the start, we have incorporated high levels of electrical power, including for the boat, to meet both their current and future needs. The same forward-looking approach also made us oversize the equipment. Of course, the port perimeter will be entirely equipped with a pumping-out system (Grey and black waters are directly pumped by the fluid distribution system). All terminals will provide electricity, water, phone and tv services… We are also considering the use of renewal energies, like on the outer wall, where could be fitted for instance solar panels to supply part of the facilities.Cala del Forte will apply the same service standards as Port Hercules. We also want it to have the “Clean Port” European label we have had in the Principality since 2011. We are also currently finalizing the ISO 9001 to ISO 14001certifications, and we will do the same for the Port of Cala del Forte. These are the highest standards we can have.

How many employees will there be ? Where will be determine its logistics ?

There is no organization chart yet, that would be premature. However, we have already recruited the future director of the port of Cala del Forte (see box), who will be operational in January 2018 and will follow the construction works. It’s always interesting for a manager to see how the mechanics are put in place, the potential problem areas … That is why we recruited him way ahead. And when he will take office in January, we will determine together a functional chart, consistent with the port size. As for logistics, the infrastructure will be managed in Cala del Forte. However it won’t be autonomous, but in strict synergy with the commercial policy strategy of the Ports of Monaco. Thus, let’s take for example a 40-metre looking for a berth in the Principality from July 1st to 15th. If we only have a vacancy from the 5th to the 15th, she will go for five days in Cala del Forte. And afterwards, she may either come to Monaco or finish her stay there.

How many berths will be sold ?

About hundred out of 171 berths will be sold under a farm-out contract. Which means that after these 40 years, our concession will run for another 35 years and we will be able to sell them again.

What will be the ratio of size of these farm-out sales ?

We were not optimistic about the smallest berths, but their commercialization has been a success. The distribution will be harmonious between the different sizes, knowing that we will keep some significant berth of 40-50 metres for visitors. And we must also specify that, in the Variation 3 we filed (more practical for the proper functioning of the port), we have planned a 70 metres berth, with its private area at the end of the wharf, that should be negotiated at high prices.

What use will be made of the remaining berths ?

These 70 berths will be dedicated to transit, for varying periods of time. This will allow us to optimize these movements and create a synergy with Monaco. For instance, we can consider a seven-month hibernation lease (from October 1st to April 30th) – 50 boats are currently on our waiting list – and dedicate these spaces to visitors during the high season.

Is a shipyard envisaged in Cala del Forte ?

In the Variation 3, the structure of the shipyard was improved by slightly enlarging it. Thus, the road in the middle was moved to the back, the entrance of the “travel lift”, too inclined, was redirected. We have currently some contacts, so there is no particular concern. The shipyard is part of the approved plan, we cannot not do it. There will also be a gas station.

There will be shuttles connecting the two ports…

Let me insist on this point, because rumours are running rampant. There will be no regular shuttle, nor any commercial services between Monaco and Cala del Forte. We will offer a service to our clients, the owners or their guests, connecting these two ports, as part of our synergy. This service will be private and upon request. The same will apply to the small helipad we have in Variation 3 that may occasionally welcome private helicopters. It is well on the way to, but has not yet been approved.

Have you considered transforming the port access and surroundings ?

We are bound by the city of Ventimiglia to a set of regulatory obligations, including the redo the port approaches and the entire Marconi street (to the mouth of the Roya river) : asphalts, sanitation networks, sidewalks, public lighting. This package also includes a vertical lift in the middle of the port tunnel leading to the old town, which will facilitate its access to yachtsmen and public.

What about shops within the port area ?

3500 m2 will be dedicated to shops. They have yet to be defined, but we already have many applications. We will make a selection. There will be shipchandlers, and most likely a small snack for the crew. Surfaces will be flexible according to the requests. Also note that, thanks to the Variation 3, we managed to create cellars behind these shops, which will give storage spaces for boats. When we mention that during commercialization, it’s the Grail.

There are 450 parking spots, mainly for yachtsmen. The car park has also been voluntarily oversized to accommodate their guests. We will manage the remaining spots as well, including the surface parking lot, whose revenue may be shared with the city hall. But this has yet to be defined.

Is there any plans for an urbanization program ?

The former owner had planned a building program, which, such as the port, he did not achieve. Today the land in question is for sale. And I understand that a serious developer is about to buy it. Having this whole area urbanized would be an undeniable asset. At the moment, we are consolidating the surroundings, taking into account potential future foundations, which will then make it ready for a real estate program. It will consist of luxury homes, and this developer should also buy two small hotels nearby. For us, this would finalize the entire port perimeter, outside our walls. It is important for our yachtsmen to have a view on a complete real estate program.

Marco Cornacchia at the head of Monaco’s third port

The new director of Cala del Forte is no stranger to managing port infrastructure, since Marco Cornacchia was since 2011 at the head of the Marina of Lonao, neighbouring city of Liguria, that can host more than 900 boats from 6 to 77 metres. Before that, this former sailor, who notably won a Louis Vuitton Cup, a Copa del Rey and Sardina Cup, plus five world championship titles in various classes, was also a partner and responsible of the nautical section of Fly Boat Srl and later a consultant for the Marina of Rimini (Italy). He is also a certified port facility security officer from RINA in Genoa. 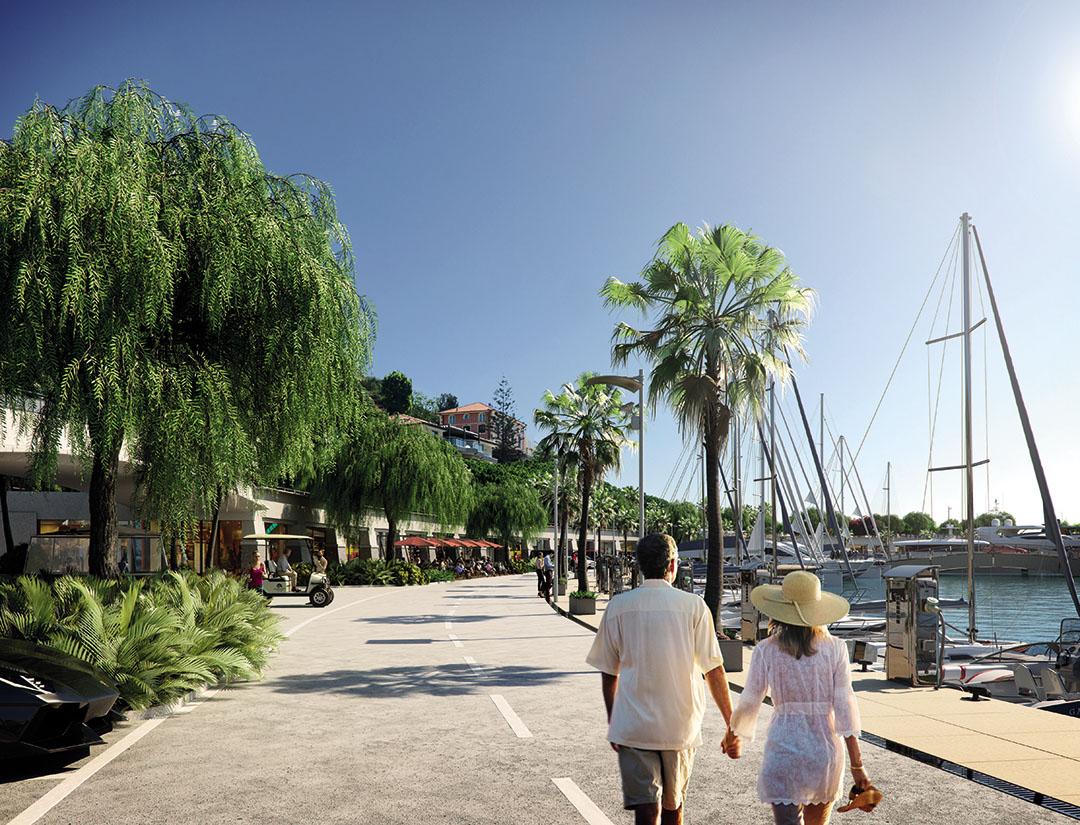 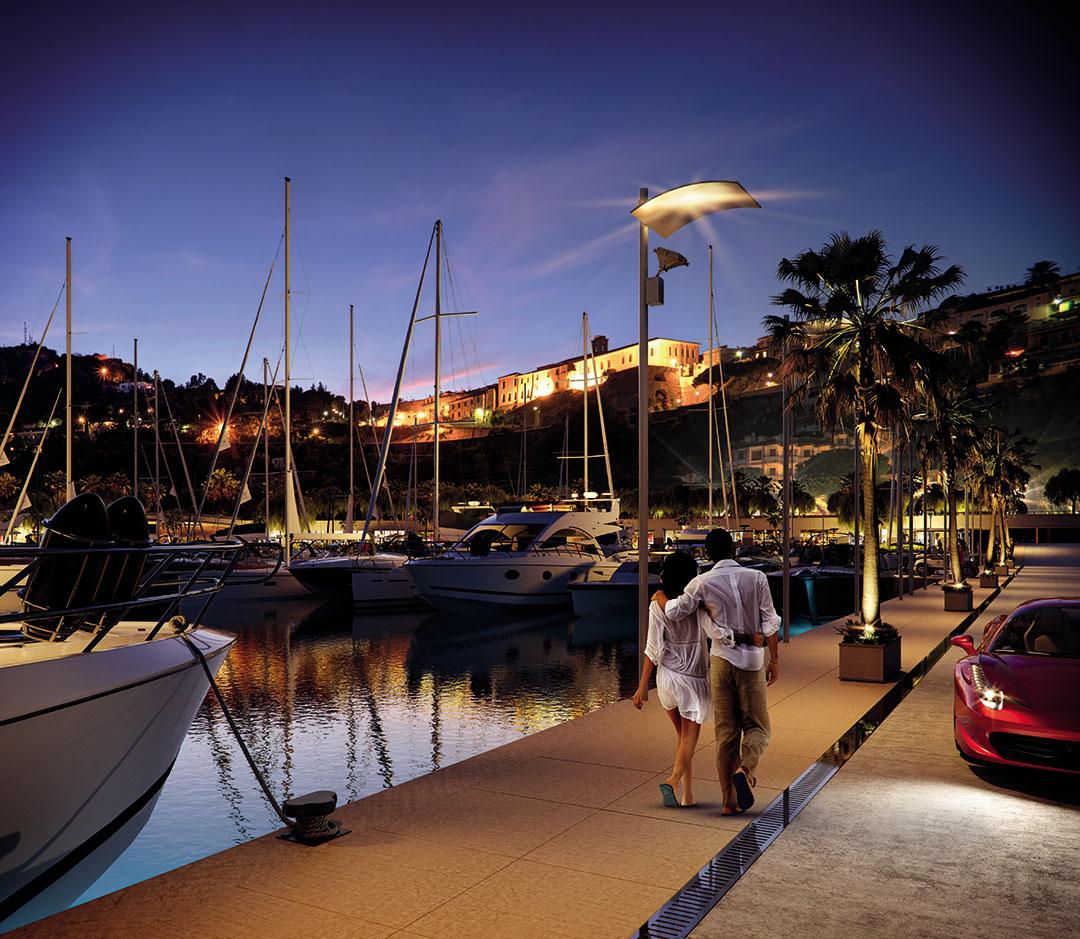 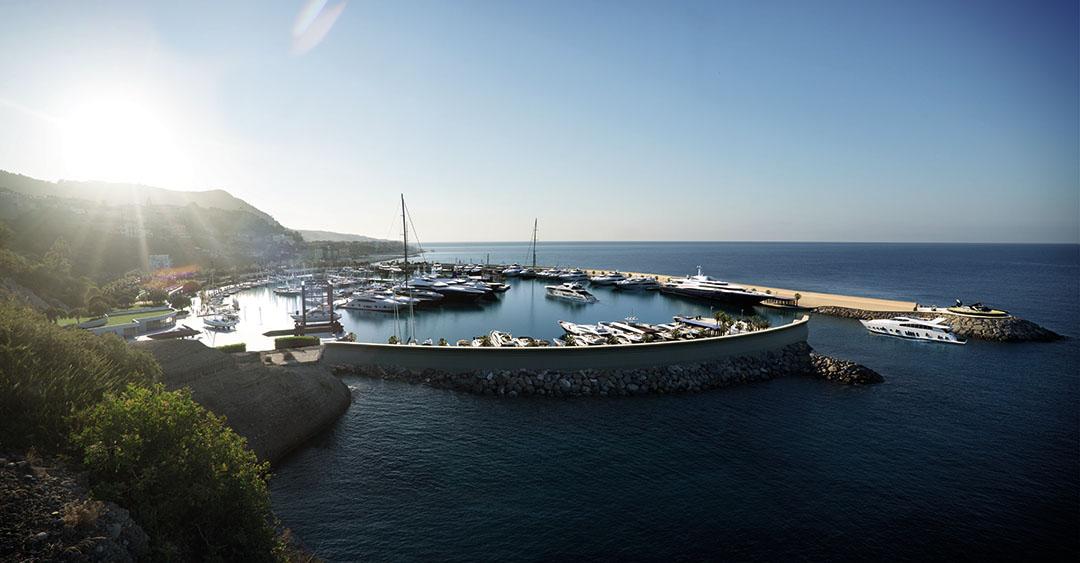 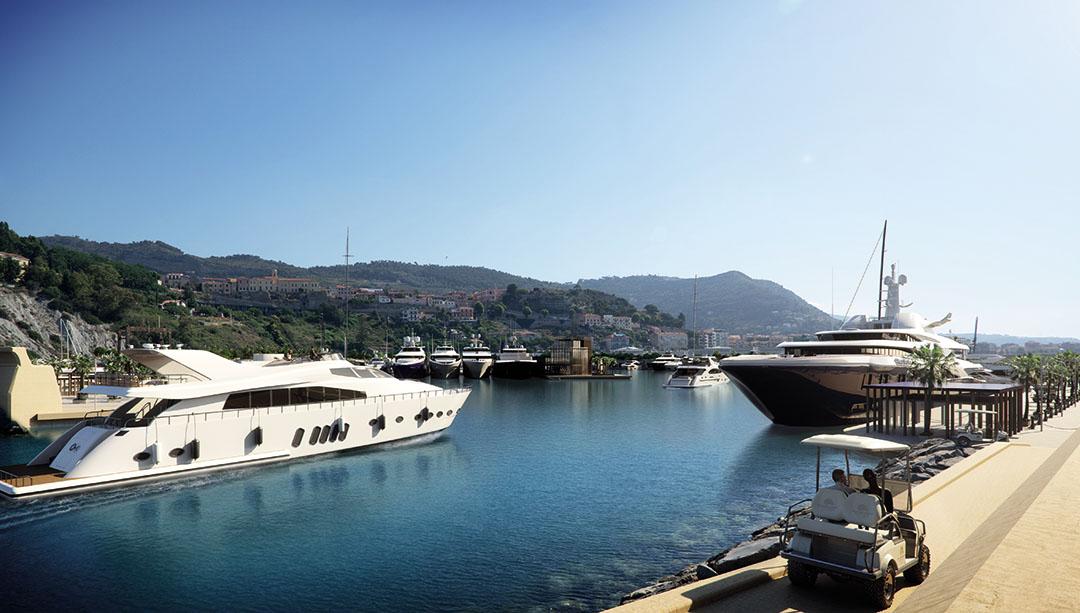 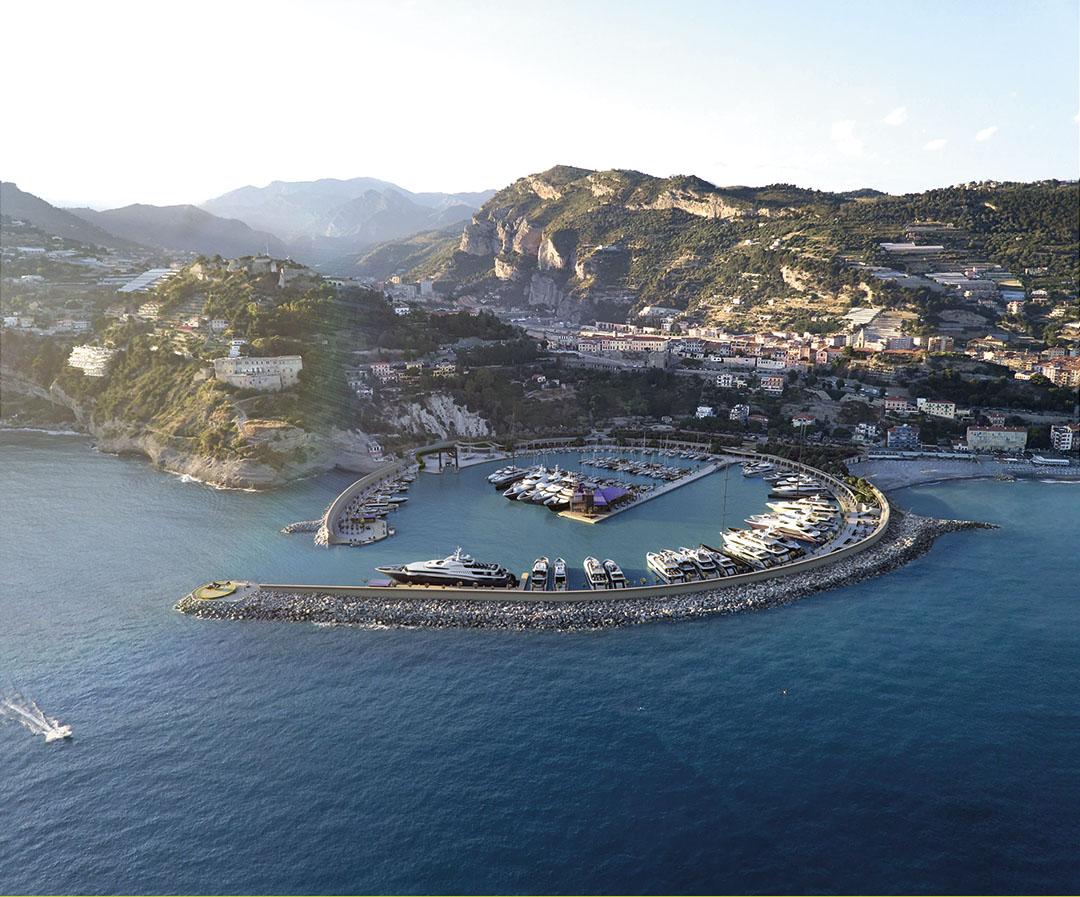