Seasoned and recognized broker, Jordan Waugh was entrusted with the commercialization of Cala del Forte, a task he performs with talent. It must be said that this project, only eight miles from the Principality, has many assets.

Tell us about yourself ?

I am a Canadian national living in Monaco since 1981 with a background in yacht brokerage that I acquired in companies including Burgess and Camper & Nicholsons International.

I was introduced to the sea at a very young age as my parents spent 8 out of the 9 months of my mother’s pregnancy on a classic wooden sailing yacht that they owned and operated both in the Mediterranean and in the Caribbean. Coming from a yachting background, I naturally joined the Yacht club of Monaco’s wonderful competition team where I learnt to sail competitively. After completing a masters degree in visual effects and computer graphics in my native Canada, I returned to Monaco where I worked from 2005 onwards as a yacht broker. In 2013, I opened a monegasque SARL called Supertoys Monaco and have been focused primarily on sales and promotion of Cala del Forte since August 2016.

How is the marketing of Cala del Forte progressing ?

The marketing of Cala del forte has been an uncommon venture, as the promotion of the marina began even before the purchase of the marina was finalized by SMIP (Société Monégasque Internationale Portuaire, branch of the Société d’Exploitation des Ports de Monaco) in December 2016. In fact, SMIP hired my services for a preliminary presentation of Cala del Forte during the 2016 Monaco Yacht Show and the project was received with mixed reviews from the visitors of the 2016 MYS. It goes without saying that a clear change in public opinion regarding this project can be noticed since our marketing effort officially begun in January 2017. Thanks to the help of the vastly talented Demner Merlick & Bergman agency of Vienna, responsible for our “NEED SPACE” campaign, as well as with the support in 3D Graphics and branding from Socrates of London, we have been able to successfully present what the future marina shall look like and notably change the public perception of our project. The accomplishment of our marketing campaign can easily be measured by the success in berth sales in Cala del Forte.

Tell us more about the berths sold ?

A : As it is customary, we began by contacting the 350 yacht owners currently on waiting list for a permanent berth in the ports of Monaco. As early as July 2017, these clients received a letter informing them of the availability to purchase long-term leases in the marina of Cala del Forte. A substantial number of these clients decided to contact us and to our surprise even the smaller sizes sold extremely well. By September 2017, many sizes were sold-out, and it goes without saying that we are enthusiastically awaiting the approval of Variante 3 in order to transform many reservations into purchase contracts

Starting in January 2017, our director Mr Borea d’Olmo and our lead architect set out to optimize the layout that was sold to SMIP in December 2016 (Variante 2). Specific attention was given to safe-maneuvering distances, services to users, security and circulation within the marina. This optimized version of the marina now offers 176 berths, a unique long-side 70+m berth with private dock space, a capitanerie with better visibility of yachts entering and exiting the marina as well as an improved distribution of berth sizes to suit our current demand. This modification to the building plan has been submitted to the Italian government and is currently pending final approval.

You are in direct contact with buyers. What arguments are they the most sensitive to ?

The first issue that buyers in Cala del Forte wish to clarify is security, and this is without doubt our first priority as we have allocated a substantial amount of funds to provide and maintain the highest level security possible. Access by sea, safety of the harbor by fowl-weather and the small “yacht-club-like” feel of a marina with only 176 berths have all been points that have encouraged clients to entrust us with their investment. Of course, the fact that we currently hold the title of longest concession in the Mediterranean is also without doubt a driving factor for berth sales 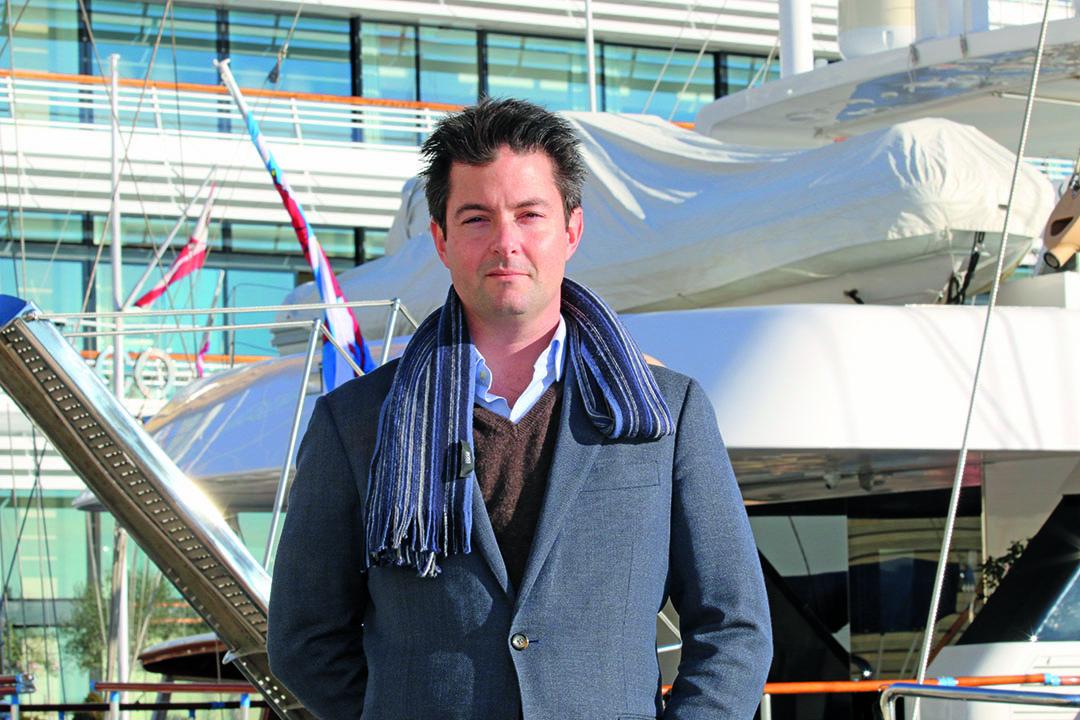