NEWS FROM THE TWINNED CLUBS (N°25)

In each issue, discover the latest news of all the yacht clubs around the world twinned with the Monegasque club.

63 moorings in the harbour will be managed by the Club

On 14th February, the Yacht Club Punta del Este (YCPE) celebrated its 97th anniversary by holding a cocktail party for its members in the Club’s main building. Taking advantage of the occasion, Commodore Juan Etcheverrito announced that the Presidency and the Ministry of Transport had granted the YCPE the management of the 63 moorings on Pier III of the Port of Punta del Este, as from 1st March 2021. This is a great challenge and a historic achievement for the Club and its members, who will logically enjoy special benefits.

Sport stronger than the virus

This summer (editor’s note: between December and March in Uruguay), we knew that we would have to face many difficulties in order to participate in our traditional races. Thanks to the support of club members, competitors from other clubs, classes and sponsors, it was possible to carry out an intense programme, while respecting the health measures. This meant that we saw Optimist children competing as well as experienced sailors, all of whom helped out and participated in numbers in each race. Thanks to them and the Club staff, we were able to run a total of 80 races over the summer! Each class participated as follows: Optimist 21 races, Laser 27, J70 28, Handicap 3 and 1 multi-class race. We can highlight the 2021 South Atlantic Circuit, which took place simultaneously in Buenos Aires (Yacht Club Argentino) and in Punta del Este (Yacht Club Punta del Este) for the Handicap and J70 classes. The traditional Seguros SURA Multi-Class Championship was a great success with 90 entries. As well as the annual Optimist Stage 1 ranking with 50 competitors, the Laser ranking with 35, and our traditional YCPE’s Cup J 70 in which 90% of the Uruguayan J 70 fleet participated! We also paid tribute to former Commodores and people who have left their mark and are part of our Club’s history, by naming the championships after them. Although this year has been difficult, it has also been gratifying to see how committed our members are to this wonderful sport, so let’s stay safe and keep sailing!

49er and 49erFX: hosting of the Olympic qualifying teams

The great Portuguese Yacht Club is still at work, with the organisation of two important regattas for the 49er and 49erFX classes. With the participation of some crews of the favourites for the gold of the Tokyo Games.The Clube Naval de Cascais is organising two events, one of which is reserved for the 49er and 49erFX, which are already assured of a place in the Olympic Games (to be held in Tokyo from 23rd July to 8th August, 2021). Indeed, this spring, the Clube Naval de Cascais will host two competitions for the Olympic 49er and 49erFx classes. The first event, which took place from 4th to 9th May, was open to all sailors, but from 7th to 12th June, only crews already qualified for the Olympic Games in Tokyo will be able to attend and race.
In addition to these dates, there are also some great confirmations in terms of the women involved. The Spanish boat of Tamara Echegoyen and Paula Barcelo, world champions of 49erFx 2020, the Brazilian boat of Martine Grael and Kahena Kunze, gold medalists in Rio 2016, the Dutch boat helmed by Annemiek Bekkering and Annette Duetz, 49erFx World Champions 2018 and 2019 and, as always, the boat of Americans Stephanie Roble and Margaret Shea, 49erFx World Championship bronze medallists… A great bunch! Not to mention a promising crew from Singapore, but residing in Cascais, formed by Kimberly Lim and Cecilia Low. Here are some of the boats that have already confirmed their commitment to compete in Portuguese waters. In total, in these races, four continents are represented – America, Europe, Asia and Oceania – and 15 nationalities, in total, will sail in the Bay of Cascais. These two events, which precede the Tokyo Olympic Games, have the support of Turismo de Portugal, Visit Cascais, Cascais City Council, Cascais Marina and Vista Alegre.

At the beginning of May, the Persico 69F Cup kicked off in Malcesine, on Lake Garda. The Young Azzurra team won this first round of the 2021 circuit. The team was led by skipper Ettore Botticini, with Federico Colaninno as flight controller, Francesca Bergamo and Erica Ratti alternating on the mainsail. Good start, and for the next two events, in July, the mixed Young Azzura team will be sailing on its home course, in Sardinia! The three days of sailing on Lake Garda were complicated by unfavourable weather conditions. On the first day, the races were even cancelled due to the lack of wind. Indeed, on the 1st of May, there was a light 6-8 knot breeze from the south/southwest, so the teams had difficulty foiling. Between Young Azzurra, the Yacht Club Costa Smeralda team and the Swiss crew of Okalys, the battle was close until the end, but Young Azzurra won with a victory and two second places which, added to their electronic points, enabled them to reach the top step of the podium.

The new coach, Gabriele Bruni is experimenting with…

Ettore Botticini, skipper of Young Azzurra, did not hide his satisfaction: “It was a difficult week, as we trained in a stable breeze to find completely different conditions once the race started. During our training sessions we tested a new formation suggested by our new coach Gabriele Bruni, with Erica and Francesca together on board. At the moment we are just trying it out, but it seems to show great potential for the future… This morning we went out knowing that the last races would be crucial, and we did what we had to do, and held off the Swiss team. We are happy with this result and we are already looking forward to the next races at home in Porto Cervo.” As they say in sports circles: Young Azzura will play at home!

From 27th to 30th May: 48th Trofeo de Vela Conde de Godó
Our magazine will still be in print when this regatta for the ORC and J-70 classes starts. The event is organised by the Real Club Nautico de Barcelona on behalf of the Spanish Sailing Federation (Real Federación Española de Vela) with the collaboration of the Catalan Sailing Federation (Federació Catalana de Vela). One may recall that the 2020 edition of this trophy was cancelled due to the pandemic.

From 14th to 17th July: Puig Vela Classica Barcelona
Under the aegis of the Real Federación Española de Vela (RFEV), the (Real Club Náutico de Barcelona will organise the 14th edition of the Puig Vela Classica Barcelona Regatta. This regatta, which brings together vintage, classic and large boats, is sponsored by Puig. This 14th edition is an event on the official RFEV calendar that counts towards the 2021 Spanish Cup for classic and vintage boats and the 11th Mare Nostrum Trophy. It will take place in the waters of Barcelona between 14th and 17th July 2021. 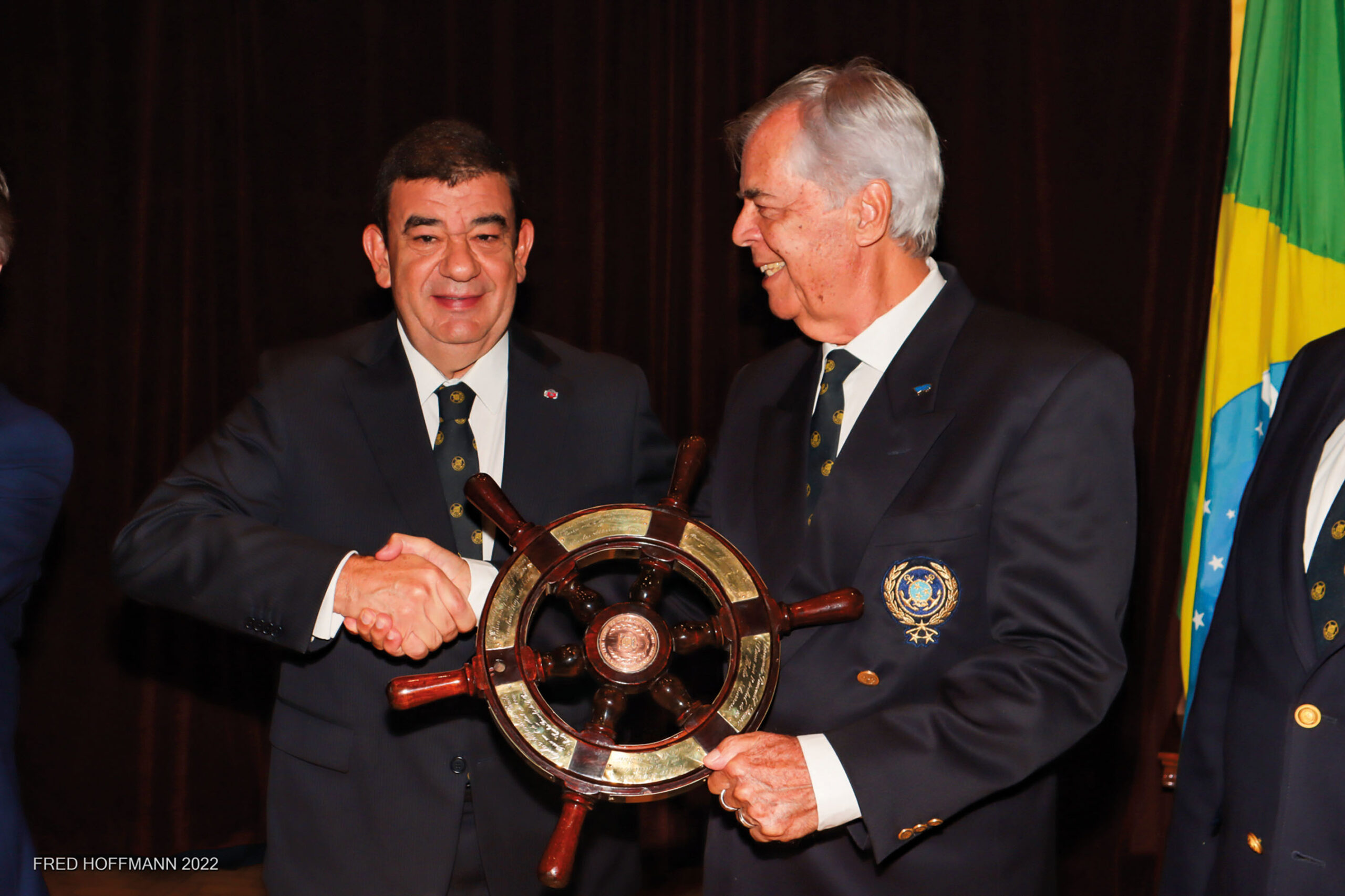 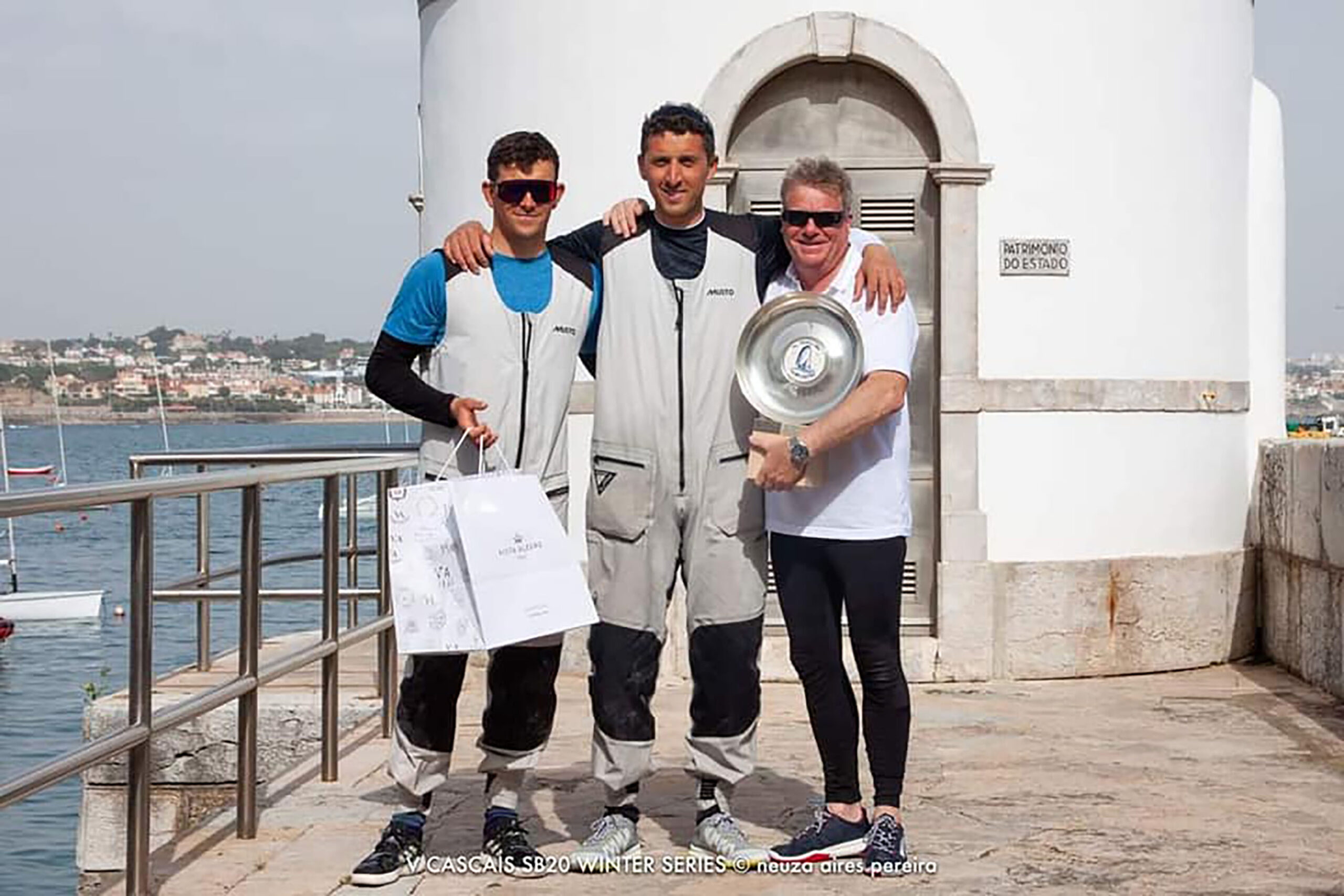 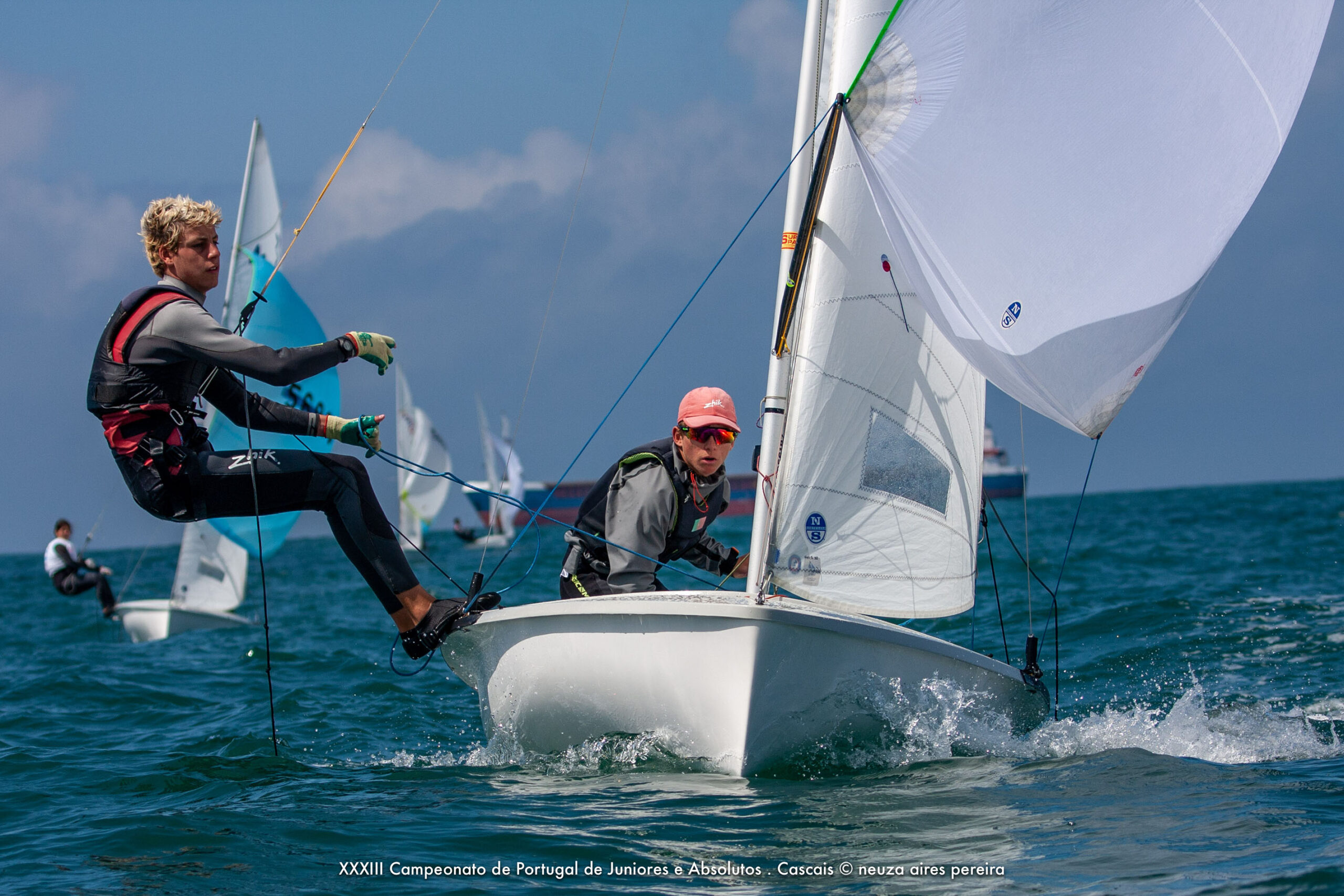 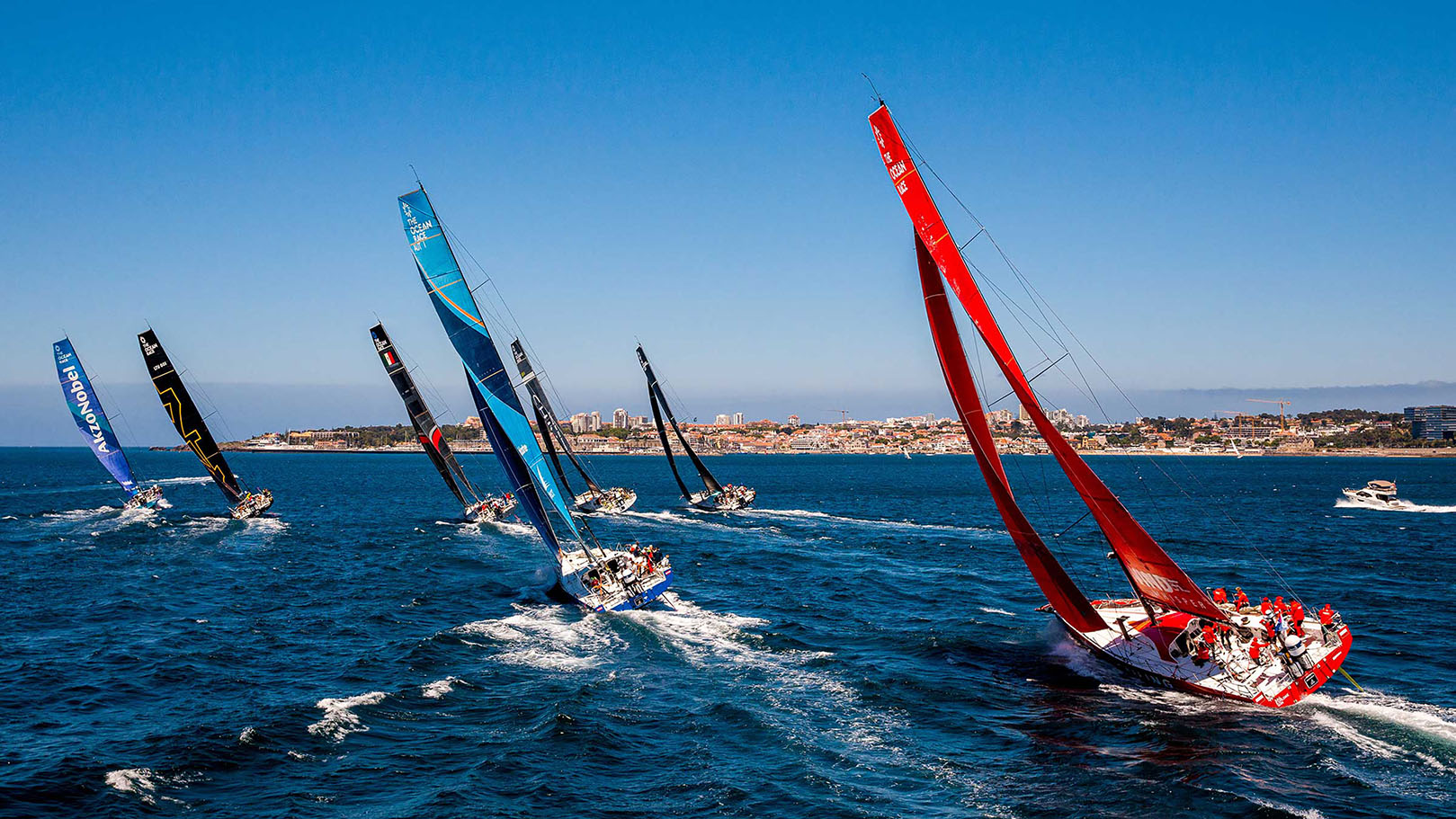 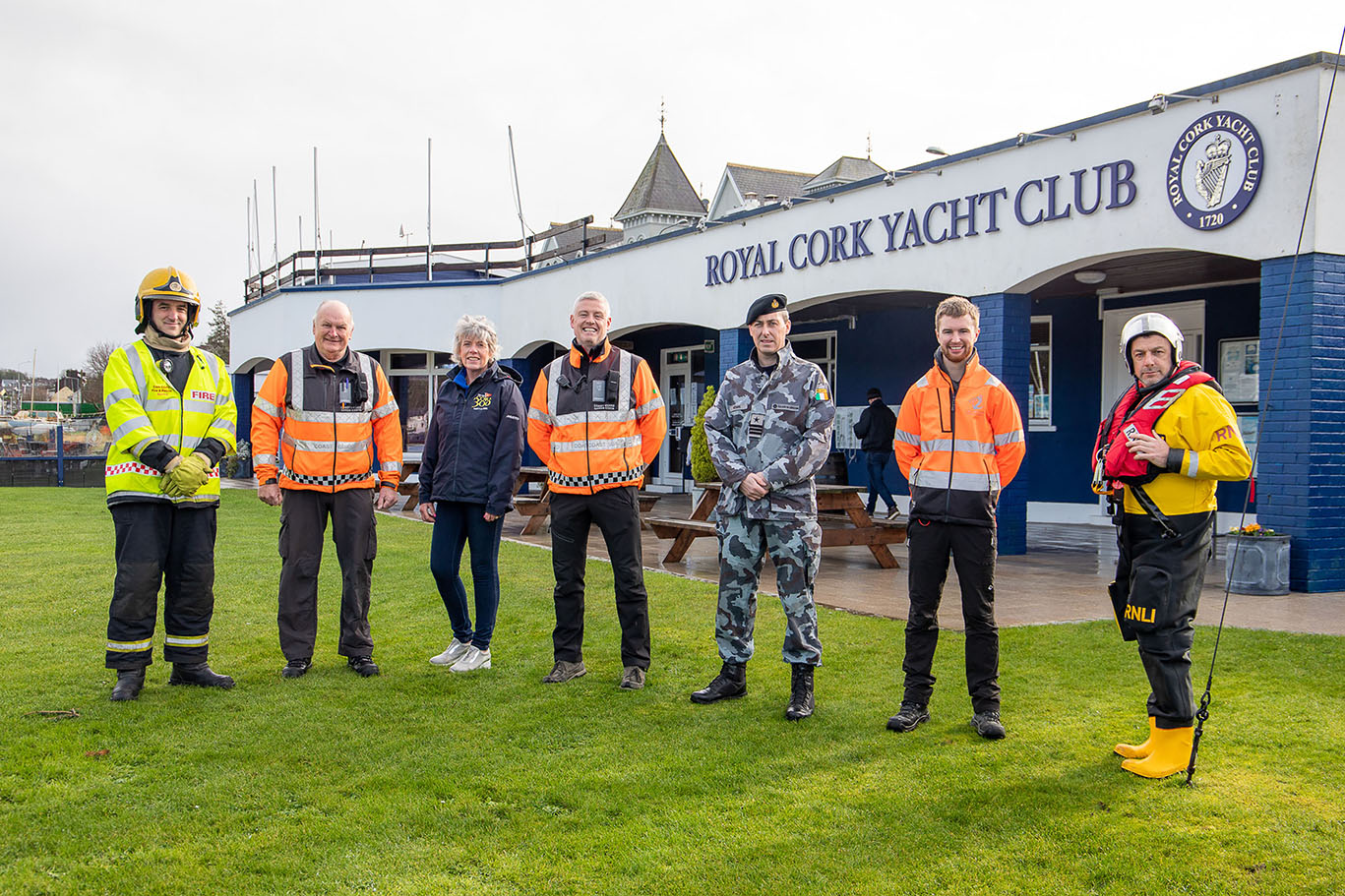 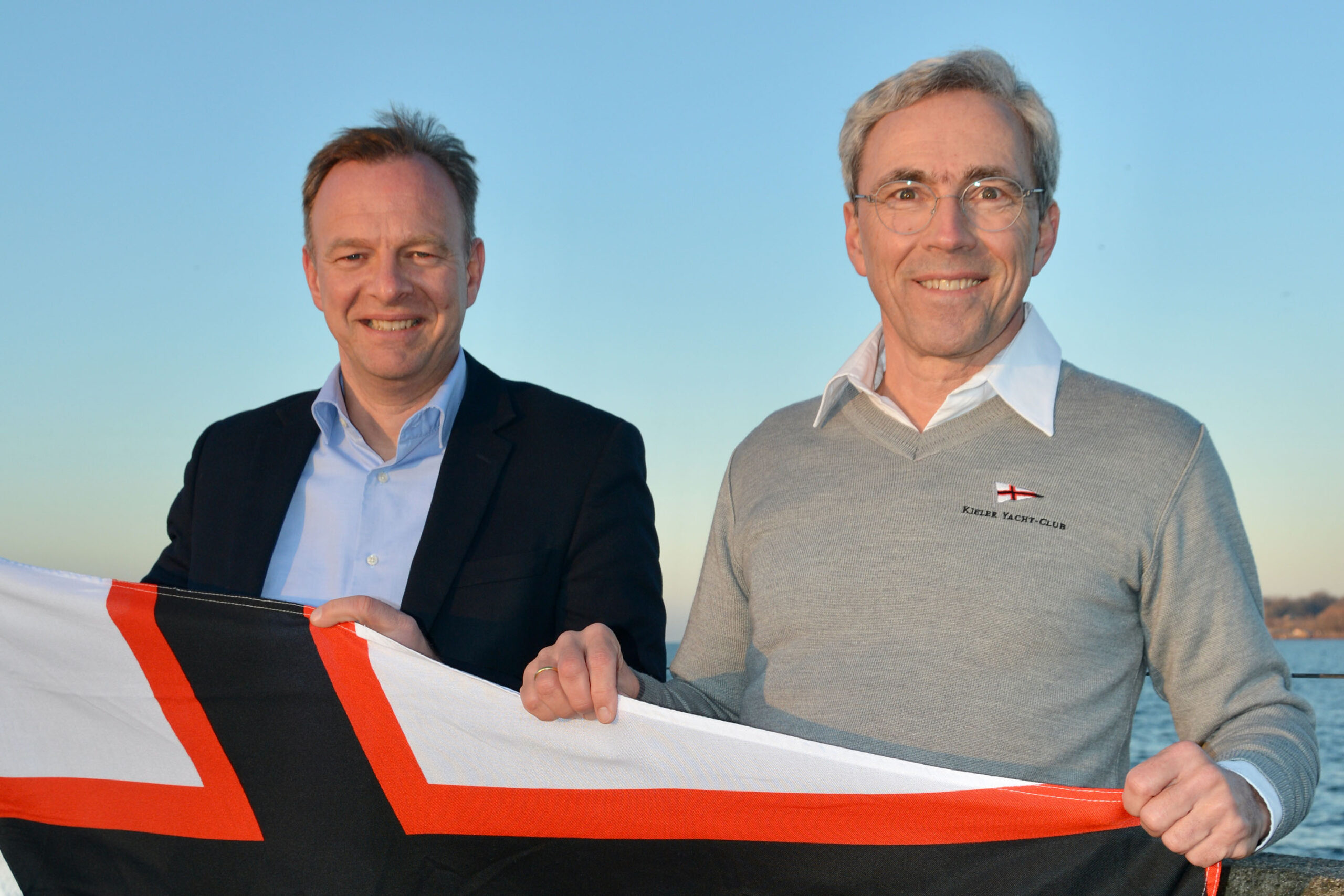 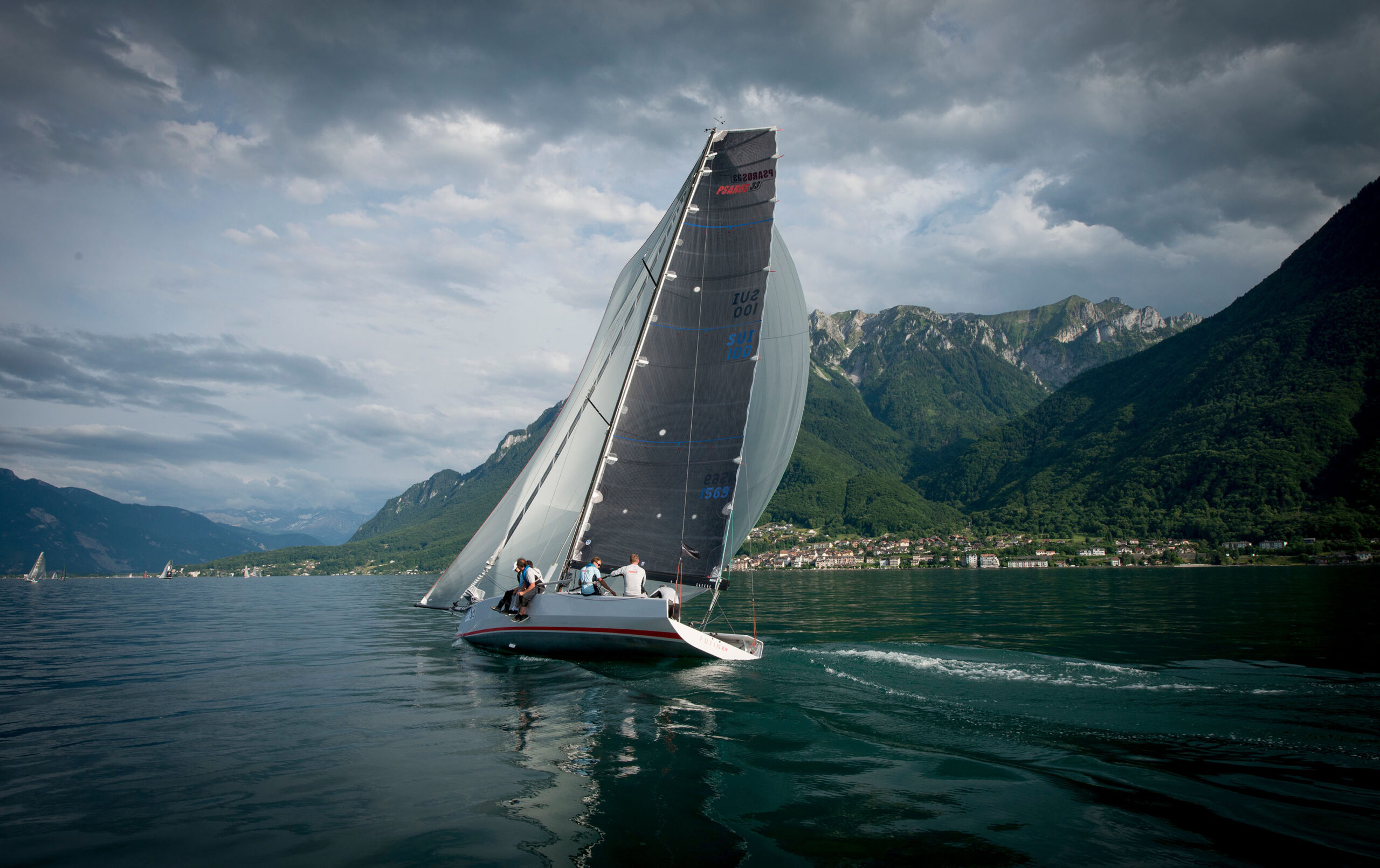 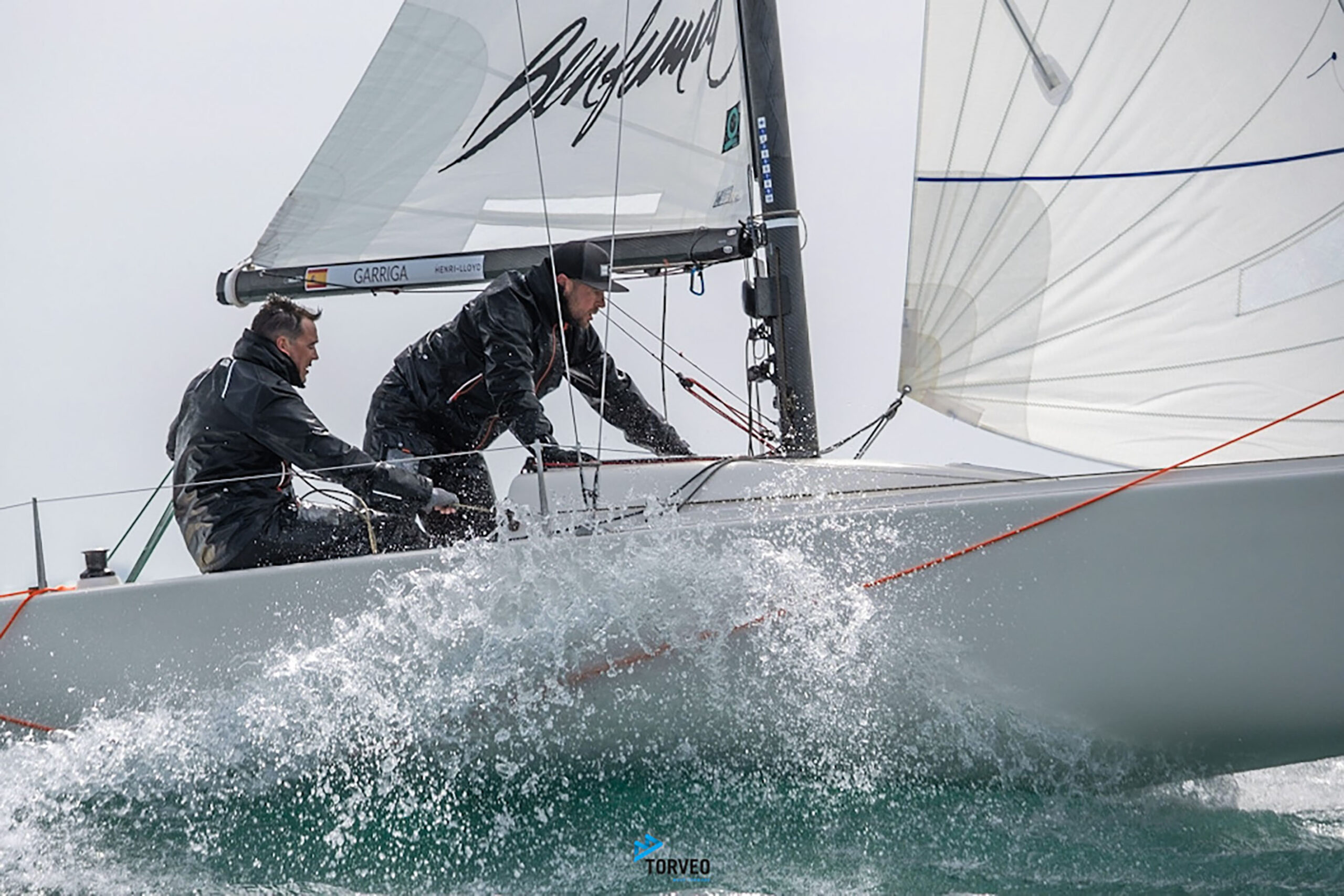 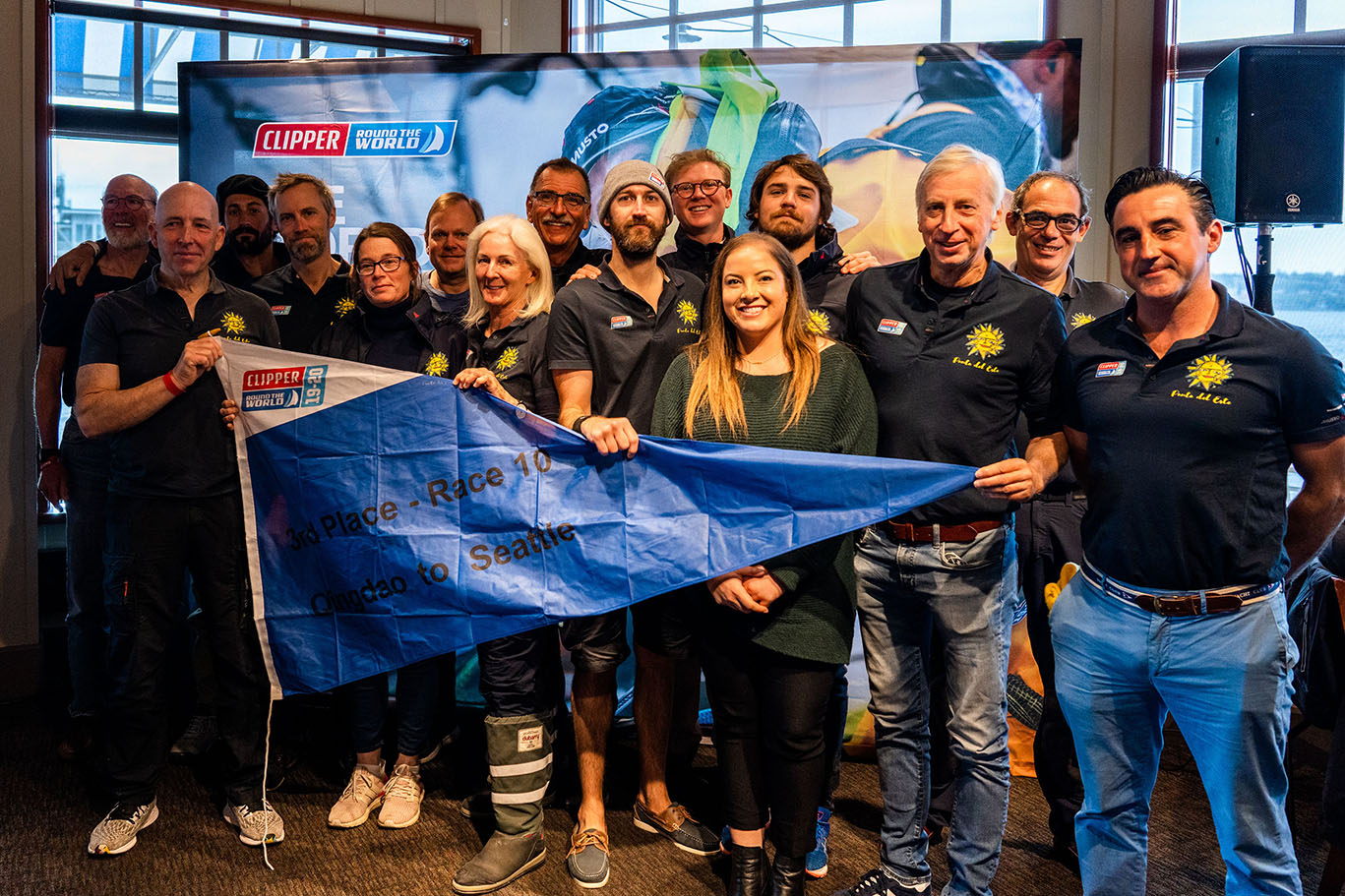 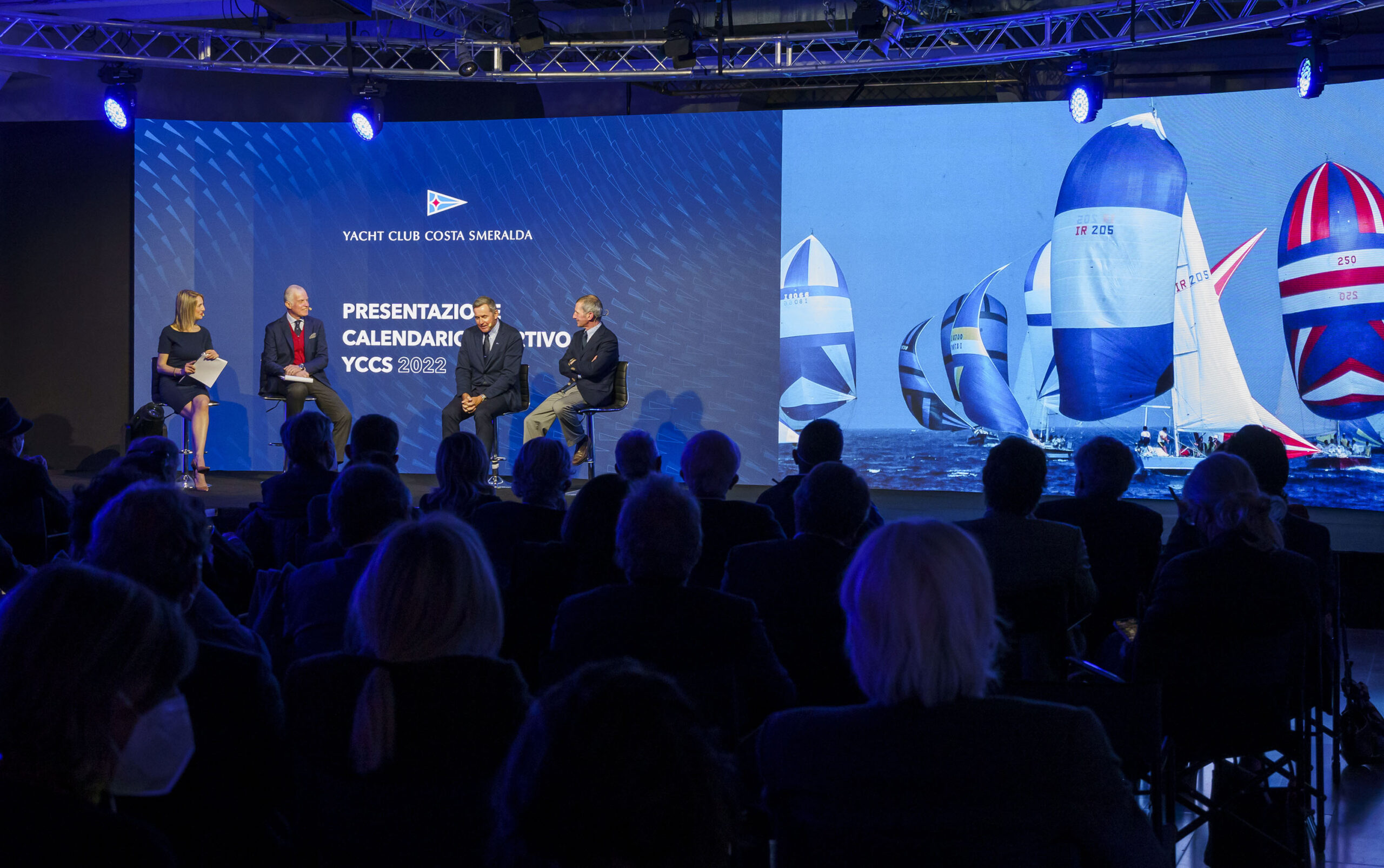 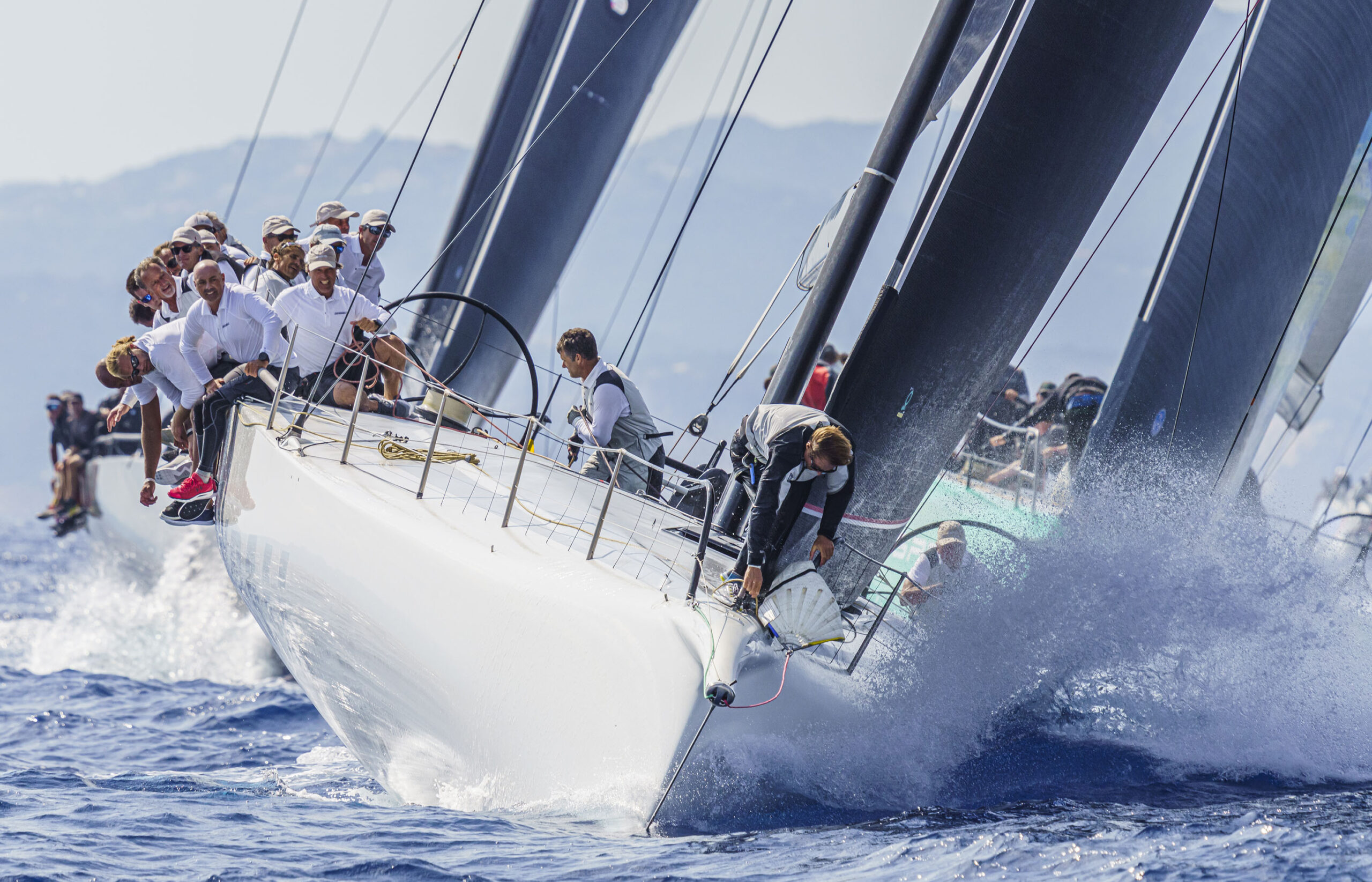