A new Commodore of the Clube Naval Cascais

José Sotto Mayor Matoso is a major name in the history of the Clube Naval Cascais (CNC). Dragonist emeritus, he has been present at all the decisive moments for the club in recent years, as vice president and president. And he will continue to be, now as Commodore, a role that he will approach from the perspective of the future of the club. José Sotto Mayor Matoso was born in Lisbon, married, father of three children and has had a long and successful professional career in business administration, both in Portugal and abroad. The same goes for his connection with the Cascais Naval Club, of which he has been a member since 1972. A sailor since his youth, and with an enviable record in the sport, he has been one of the most influential and leading figures in the CNC. For this reason, the current executive team unanimously considered José Sotto Mayor Matoso to be the ideal person to succeed Miguel Horta e Costa as Commodore of the CNC, position to which he was appointed last June. But let’s let him speak…

From Lisbon to Cascais

“I moved permanently to Cascais in 1963, when I was ten years old, and before that I sailed with my father, who had a 33-foot yacht. I remember that my first nautical expedition was to go with him from Belém pier to Praia da Rocha, I was about seven years old, and it is something I will never forget. Then came the passion of sailing: “I started at the age of 12. Always in Belém, because in Cascais the nautical activity took place mainly during the summer months. So I started sailing in Lisbon. The person who taught me how to sail was an instructor, and at that time, women who sailed could be counted on the fingers of one hand… I managed to get a Snipe from the Naval Brigade, with which I started sailing. It was the nautical section of the Portuguese Legion. Then I started to sail in a Finn, but I was already about 17 years old. She was a boat that I was very interested in because in 1971, the Gold Cup was organized in Cascais, and it was the most competitive class of all. We had 160 or 170 boats! It excited me, because all the champions were there, and I started to take things seriously.

Cascais as a reference point

“At that time, and also through the Finn Gold Cup, Cascais was becoming a place of excellence for sailing, even internationally. The Finn class was very rooted among us, also because the president of the class was Patrick Monteiro de Barros, Honorary Commodore of the CNC. An extremely organized person, who made things happen, I was even his secretary at the time, and there was a lot of activity during the winter in Lisbon, and the summer in Cascais. Then I went to France to buy what was one of the Rolls Royces of the time: a Finn Lanaverre! During this period I took sailing really seriously, becoming Junior National Champion. The highlight of this phase was the Olympic Games in Munich, where Kiel hosted the sailing competition. I was second in the qualifications, but was substitute. I did not participate in the official ceremonies, but I was in Kiel all the time, and the Olympic atmosphere was fantastic, even though the Munich attacks affected me a lot.

Although I continued to sail in Cascais, still in a Finn, after the 1974 revolution, I went to the USA to finish my mechanical engineering degree, and then I entered a business school at Columbia University. I stayed in the United States because I was hired by J.P. Morgan, and I did not leave again until eleven years later. I went to Madrid for four years and then to Italy, also working for the bank. In 1977, my father decided to buy with me, the Alvorada, a Swan 47. At that time, it was still possible to race with a standard boat, and, with some sailing friends, we won almost every race there was to win in Portugal. As the boat was competitive, we went to race in the Mediterranean. We finished third in our class. The following year we went to the championship in Sardinia, to the Yacht Club Costa Smeralda, then in its third year of existence. We organized competitions to promote both the region and the club, invited all expenses paid. I did not return to Portugal until the end of 1986, just after I got married.

The Golden Age of the Dragon

At some point, the Dragon class in Portugal was revived, by seven or eight sailors, almost all from the CNC. A little older than me, they bought a few boats together, then three more came along… I also bought a Dragon. I started racing just to participate, with a crew composed of one of my nephews and a friend, without much pretension… Being completely free from my professional obligations in 2007, I started thinking about the Dragon class again. It had grown a lot, so I decided to buy a new boat and do some more racing. And it exceeded all my expectations. I was able to get the dragonists to come and race here, because there was a dragon tradition in Portugal. Then I participated in most of the major international championships, I travelled all over Europe from regatta to regatta. I knew a lot of people and I was asked to become the president of the class… I said no, but I was the vice president for four years. It was much easier than managing the CNC, I brought some ideas that came from the club, which at that time already had great experience in organizing international trophies like the RC44 or the TP52. I believe I have some responsibility in the fact that the Dragon Class has made their international events much better. After ten very intense years, I stopped racing in Dragon regattas in 2017, and now I participate in a more recreational way.

At the Clube Naval de Cascais, we were at the end of the mandate of Miguel Magalhães, quite exhausted because this mandate was rather thankless: doing works and trying at the same time to make the club function was very stressful. I remember the club at that time, it looked like a camp of marines in Iraq! It was at that time that Gonçalo Esteves challenged me to come and manage the CNC. I had the time, I was actively sailing in the Dragon, and I took on the task with great pleasure. I was president of the club for six years, that is to say one and a half terms, in the second one I had to be replaced for personal reasons. I was replaced by Gonçalo, I was still vice-president for one term, and I have only been a member of the General Council for two years. They were kind enough to keep me on, and I also participate with pleasure. It was then that Gonçalo Esteves had this idea to replace me by Miguel Horta e Costa as Commodore! This adventure in the general management of the CNC has gone very well. The club has undergone a huge evolution, much bigger than we imagined. Our yacht club started to organize many more regattas, managing to get the attention of the municipality of Cascais for the big competitions. I must also mention the creation of “adapted sailing” (ed. note: for people with reduced mobility) at the initiative of Charles Lindley, a project that has been widely developed, as well as the Sailing School, which continues to be, and should remain, the most structuring part of the club. The school is the way to introduce and present this message, and then move on to competition, going all the way to the Olympics. This period coincided with a golden era of Portuguese Olympic sailing. We had eleven sailors at the games, one of the biggest delegations in Portuguese sport. All this required a lot of work. Adapted sailing started with one day a week; today it is almost every day. Everything became more and more complex, more professional. Many things have been done… I do not know if there is a singular moment that stands out more than others, although, as Miguel Horta e Costa has already pointed out, the presentation of the 75th anniversary of the CNC was a very beautiful official ceremony at the Belém Palace.

Ensuring continuity… This is precisely why I accepted the challenge of Gonçalo Esteves, as Commodore. The CNC being a member of the International Council of Yacht Clubs, the international representation of the club is increasingly important. We had the chance to be invited, with Gonçalo Esteves, to the European meeting in Marseilles. I must admit that we were not very impressed by the organization there. We were lucky enough to be quickly given the task of organizing the next European meeting. Also, all the experience we had in the complex organization of events, with demanding sponsors, led the president, when he finished the meeting here in Cascais, to say that the next organizer would have a difficult task, because the CNC had set the bar for this type of meeting at a much higher level … I also think it is good, for the first time, that we have in the Executive Committee a lady, Ana Champalimaud, as well as Ricardo Schedel, just over thirty years old, and representing the youth. Finally, a word about the contracts signed between the CNC and Rolex, and between the CNC and the Mirpuri Foundation: this is the result of a lot of work…” 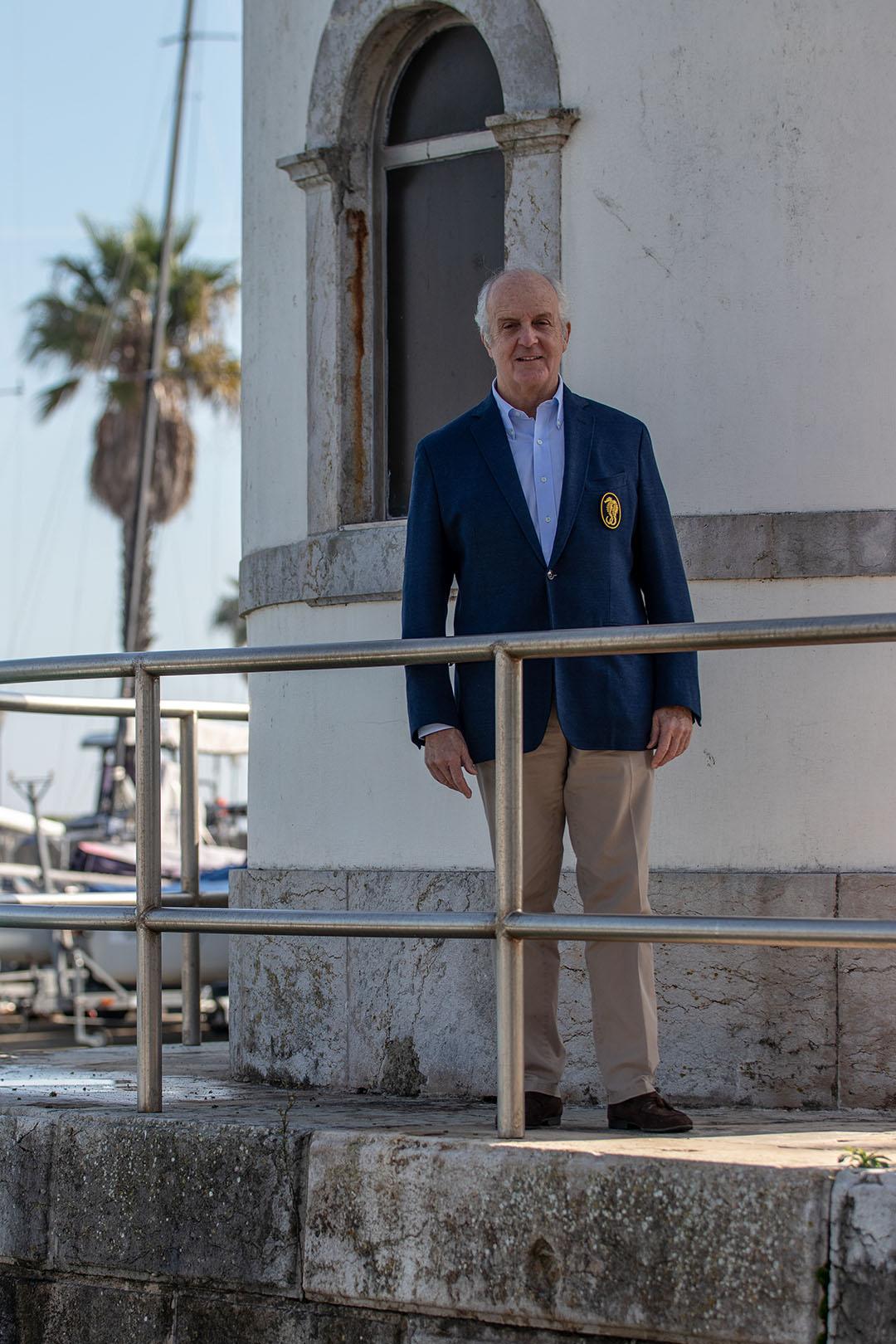 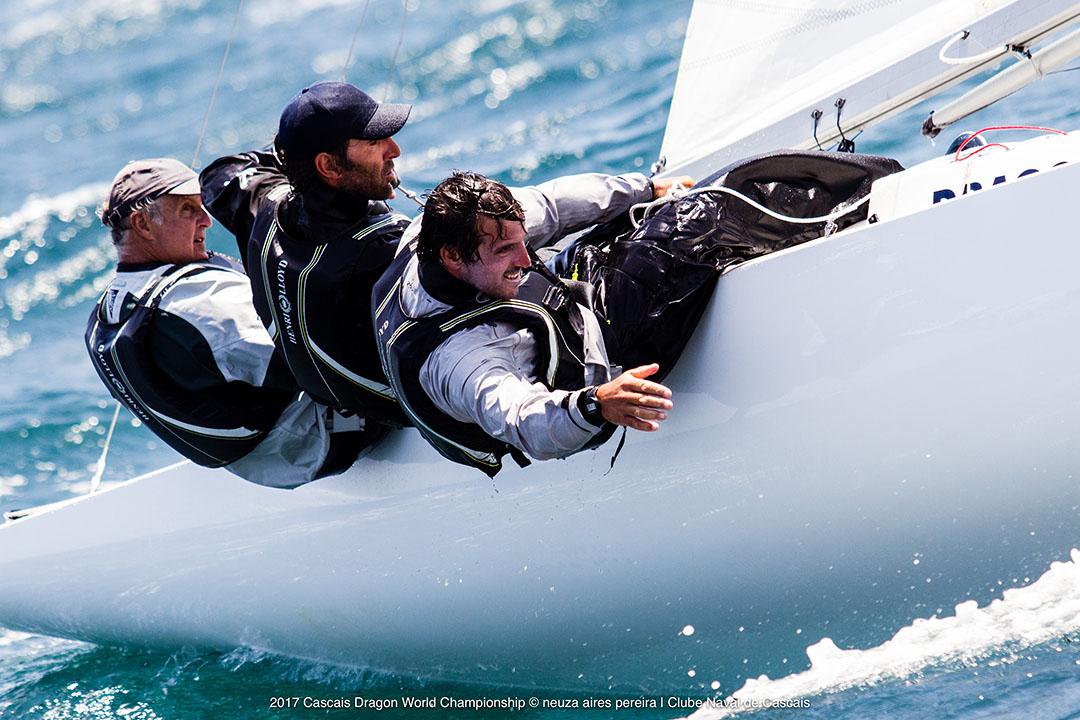 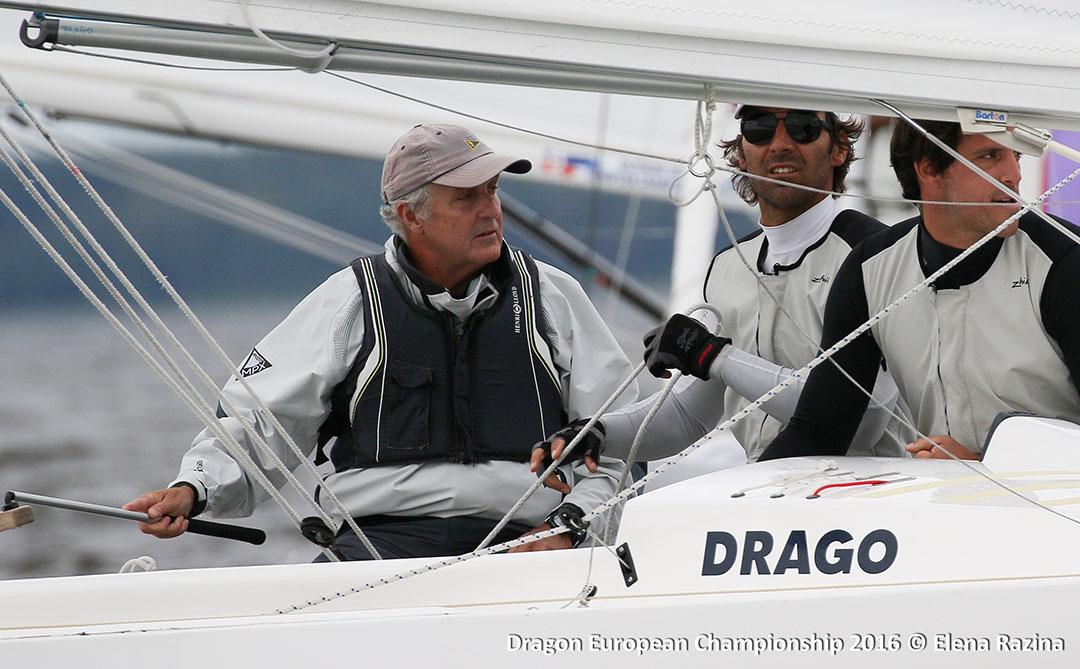 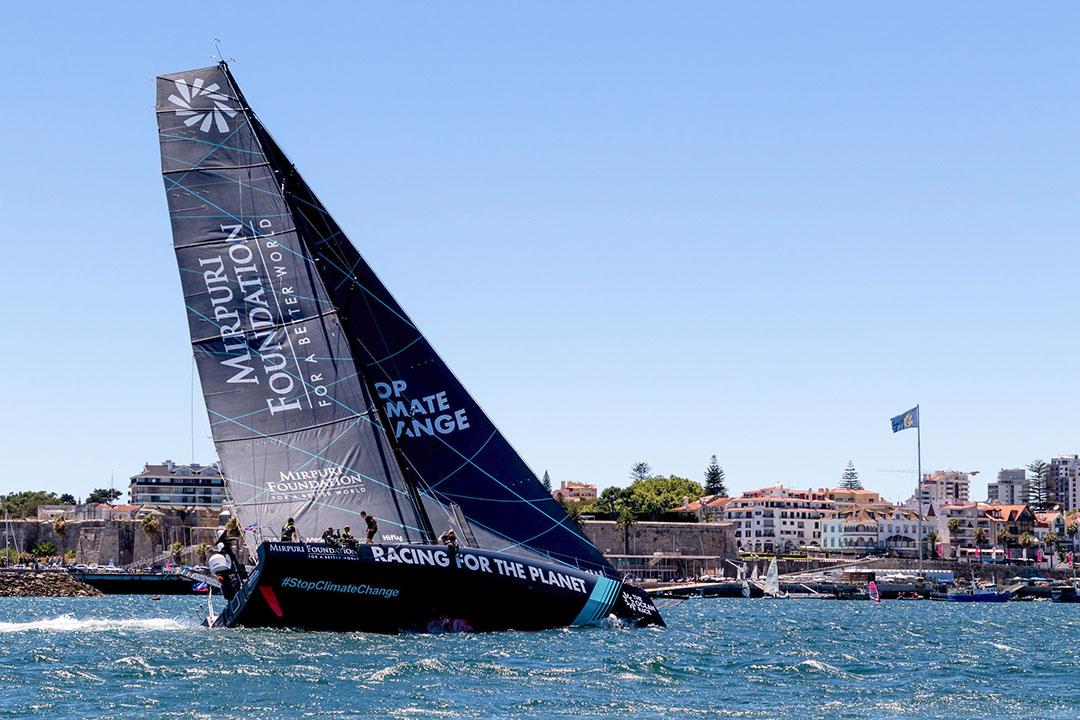 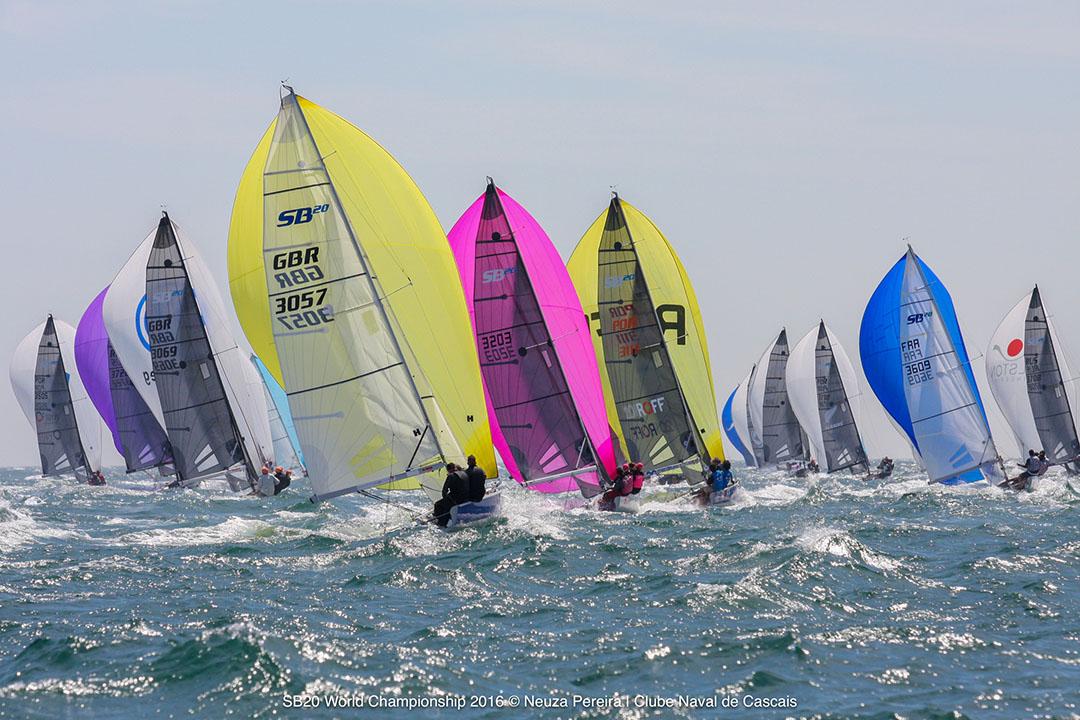 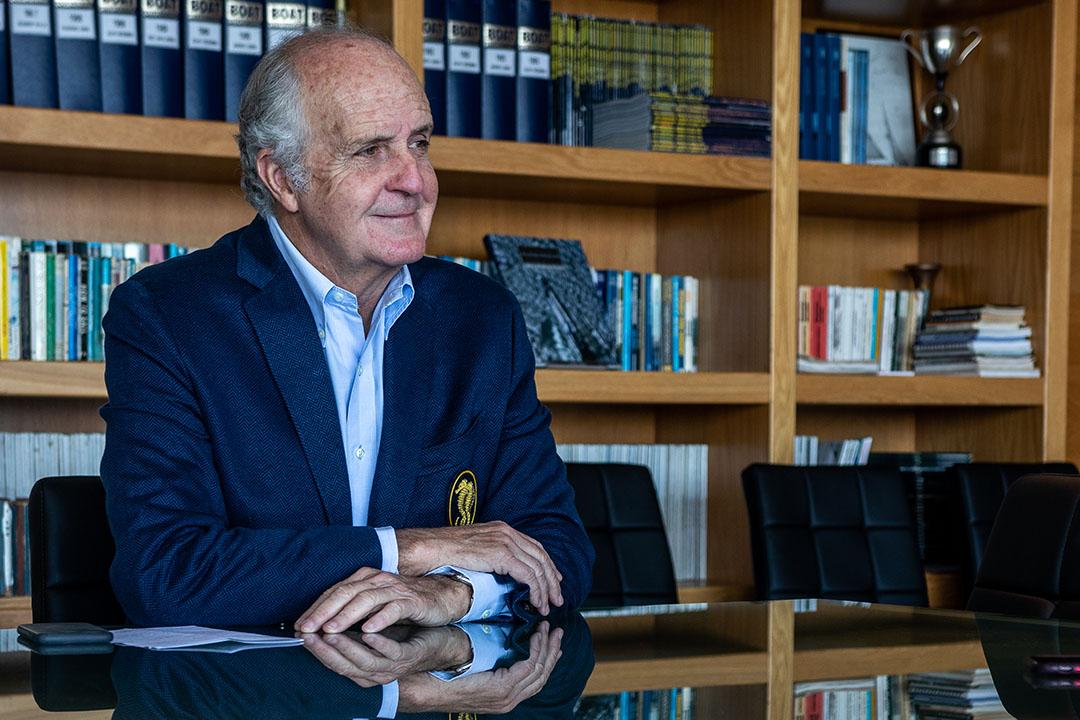 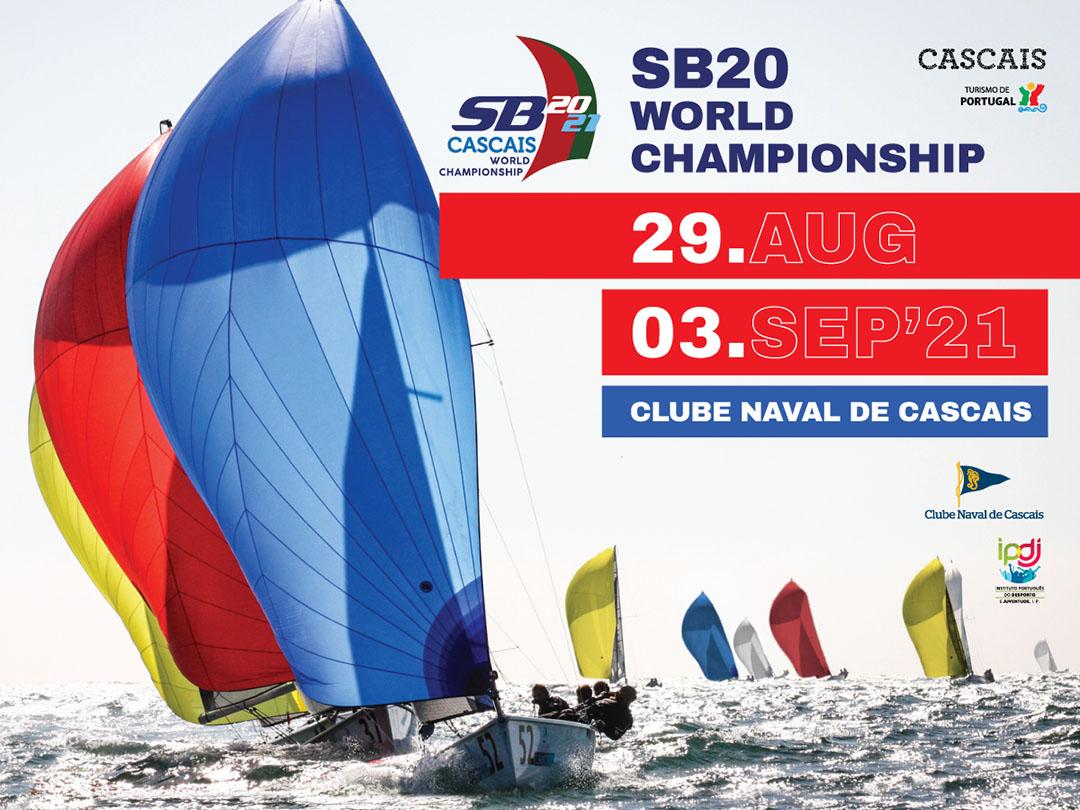