"To bring much morethan the other expeditions can"

Many years ago, Robert Calcagno, CEO of the Oceanographic Institute, has made of the environmental protection a battle. Now also head of campaign and missions of Monaco Explorations, he shares with us the logbook of the Yersin’s first mission in Macaronesia, off the African West coast.

About two days of navigation south of Madeira, in the middle of the Atlantic, the Selvagens are wild and uninhabited islands, surrounded by a rough sea, which, fortunately, have been protected for many years by wardens. This picture is somewhat the symbol of Monaco Explorations : modernism, technologies, environmental protection. We often free dive with very competent people, who can easily remain underwater for three minutes, to 20-30 metres or deeper, and film with 360° camera for virtual reality. Apnea is ideal for fauna observation, as there is no heavy equipment, hence no bubbles, making it possible to approach it more discreetly, with much more flexibility, agility and ethically more respectful of nature.

Behind the Principality’s return to scientific expeditions at sea is the Oceanographic Institute, headed since 2009 by Robert Calcagno. A powerful homage considering that this institution was created at the beginning of last century by Prince Albert Ist, “the Sailing Prince”, after years exploring the world, laying then the foundation of the Principality’s influence in marine science. Recently, the Oceanographic Institute had paved the way with test expeditions in the Palau archipelago and Tubbataha reefs in the Philippines, “which allowed to test the idea. Then, the Sovereign wanted to give more ambitions and means to these explorations, through a project bringing together all the sea-related Monegasque institutions : the Palace, the government, Prince Albert II Foundation, the Scientific Centre of Monaco, the Yacht Club de Monaco, including of course the Oceanographic Institute”, remembers Robert Calcagno, who is also now the head of campaign of Monaco Explorations, with the responsibility of “piloting, coordinating all the heads of missions to make sure that these all run smoothly to ensure an interesting and successful campaign”.

Could you explain us the two angles of attack – science and conscience – you have defined ?

These angles are capital. Monaco Explorations is not the only oceanographic campaign in the world. There are actually many of them, sometimes with more powerful vessels or more experienced teams. Monaco contribution to international actions is not meant to be quantitative, because we cannot multiply the number of campaigns around the world, but first and foremost qualitative. They aim to bring something more than the other explorations. Our special “thing” is that our campaigns are directly coordinated by our Head of State, with all the power, reputation and influence he has developed and strengthen for some ten years now, by protecting the oceans. This is unique. So, this is a campaign promoting science but also conscience, and this will to mediate the messages and researches to raise the awareness of the world population on the oceans issues. Prince Albert II’s mediation capacity, with the world leaders and the general public is crucial for one purpose – and that’s the subtitle of Monaco Explorations : reconciling humanity and the oceans, the mankind and the sea.

You have already described her in Yacht Class, the Yersin is the support, the tool for Monaco Explorations. Right from the start François Fiat intended her as a vessel that could deal with both science and conscience. As such, she can both welcome oceanographic researches and convey a message thanks to her “cleanship” label, when most exploration boats are, unfortunately, industrial ones. To promote a message about ocean protection, its instrument has to be virtuous.

Symbolically, one of the most important researches in Madeira was dedicated to the Mediterranean monk seal, whose scientific name “Monachus Monachus” partly explains the deep attachment of Monaco to this species once common. About thirty years ago, they were in Corsica, where Prince Rainier III saw some, on the Lerins Islands… This species is critically endangered in the Mediterranean and worldwide. Its global population is estimated between 500 and 1000, due to overfishing, which makes its food scarce, and habitat issues, as they need caves and beaches for resting and breeding. They are also endangered by pollution and hunting, deliberate “murders” by fishers who consider them competitors. On the Desertas Islands off Madeira, there is still monk seals. A dozen of them were identified 20-25 years ago. There are about 44 now which is exceptional. We wanted to understand the reasons why, study their living conditions and the protective measures in place… We observed them, recognized where they can rest, feed and breed, before inviting managers of marine protected areas from Greece, Turkey, Mauritania… on the Yersin to share this experience. It was the first time either Prince Albert II or I ever saw a monk seal. And this was also the first time these people met and exchanged on methods, in the hope to find more effective solutions to protect this species.

How would you assess the first mission in Macaronesia ?

I think we have realized that Monaco Explorations are meeting a need, precisely in science and conscience. The first missions in Macaronesia showed the enthusiast welcome our campaign received, in particular because of their ability to involve both local politics and scientists. Be it in Madeira or Cabo Verde, all our research projects were carried out with local science teams. We offered them with means they cannot have, which helped them to take a step forward in their studies. We were really able to give them a helpful boost. At the same time, there was a great interest from local politicians. I will give only one example : two Head of States, the Presidents of Portugal and Cabo Verde did mobilize. They met Prince Albert II and discuss with him these questions. The President of Cabo Verde also seized the opportunity to visit the Yersin. The President of the Madeira Regional Government even spent two days onboard with the Sovereign to understand the issue of the protection of monk seals.

As the demographic pressure increases, can we really ask the human kind to place nature first in the future ?

Make no mistakes about the meaning of Monaco and Prince Albert II’s actions. We are not putting forward the environmental defense against mankind, but for the humankind. Man is part of nature, and nature includes man. With the growth of the world population and its needs, men will rely more on an economic use of the ocean. It would be utopian to try to prevent it. But, a blue economy can be implemented. And that’s what defends the Sovereign. Whilst it is useful to look at the ocean, as it has major resources, for instance for biotechnologies, it is essential to implement rules, regulations, protected marine areas, to ensure their sustainable exploitation. In Madeira, for example, we visited a BuggyPower plant, which produces microalgae from its strain, sea water and CO2 produced by a nearby power plant. This carbon dioxide is captured, then injected in huge reactors where these micro-algae blooms, before being processed and turned into a nutritional supplement, rich in trace elements and vitamins. This is the blue economy we want to develop.

We took advantage of our crossing between Cabo Verde and Martinique to study the patches of Sargassum, which have been proliferating for the past 4-5 years and ending up on Caribbean beaches, where they cause major pollutions. It was important to understand this phenomenon. Our samples are useful to study their DNA, but also the fauna and microbiotic fauna, to see if there is any symbiosis phenomenon… that could explain this unusual growth. This will help us understand the impact of climate change, the currents variation, and the role of these patches in the submarine fauna, under which can usually be found many pelagic fishes. 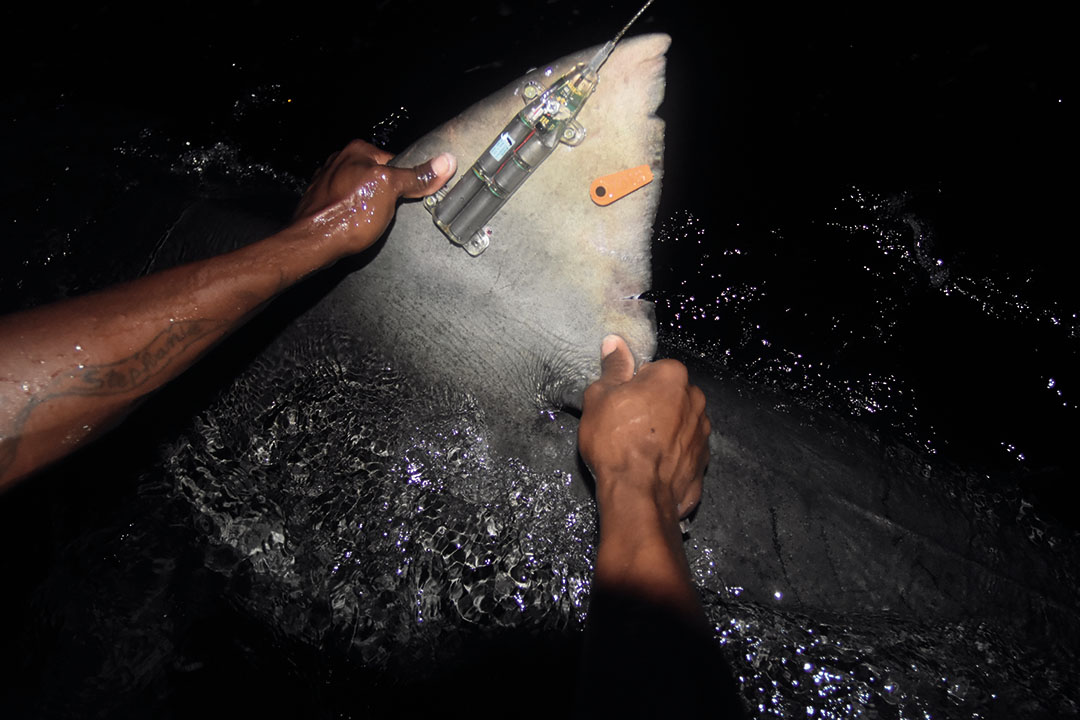 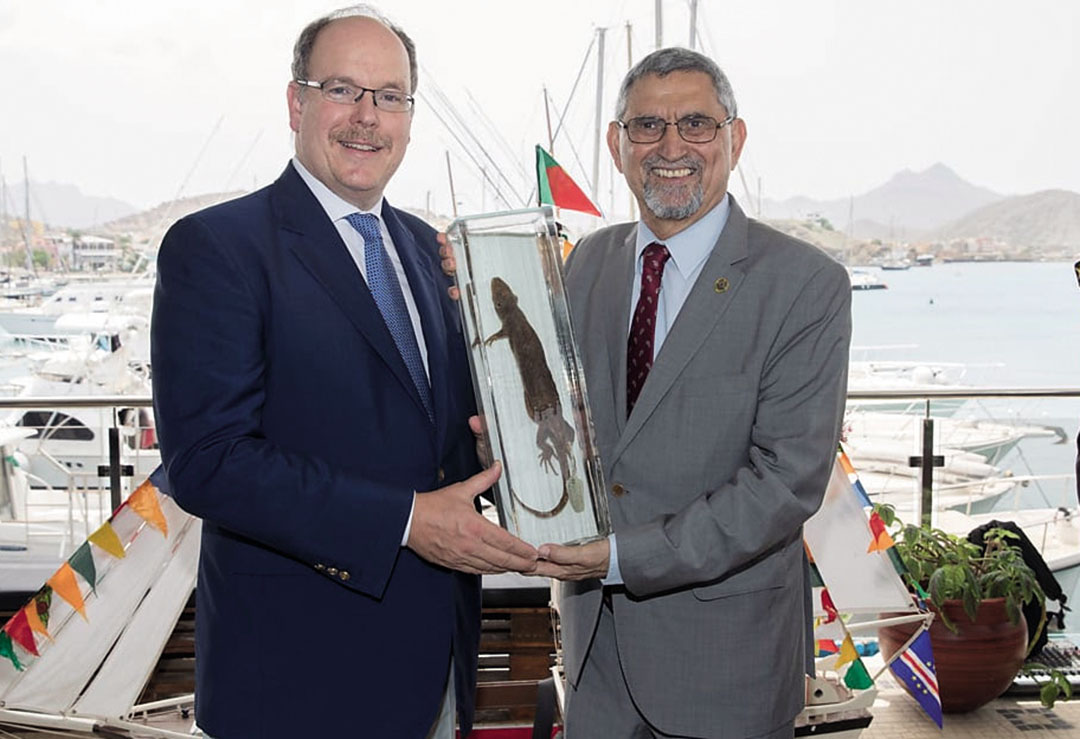 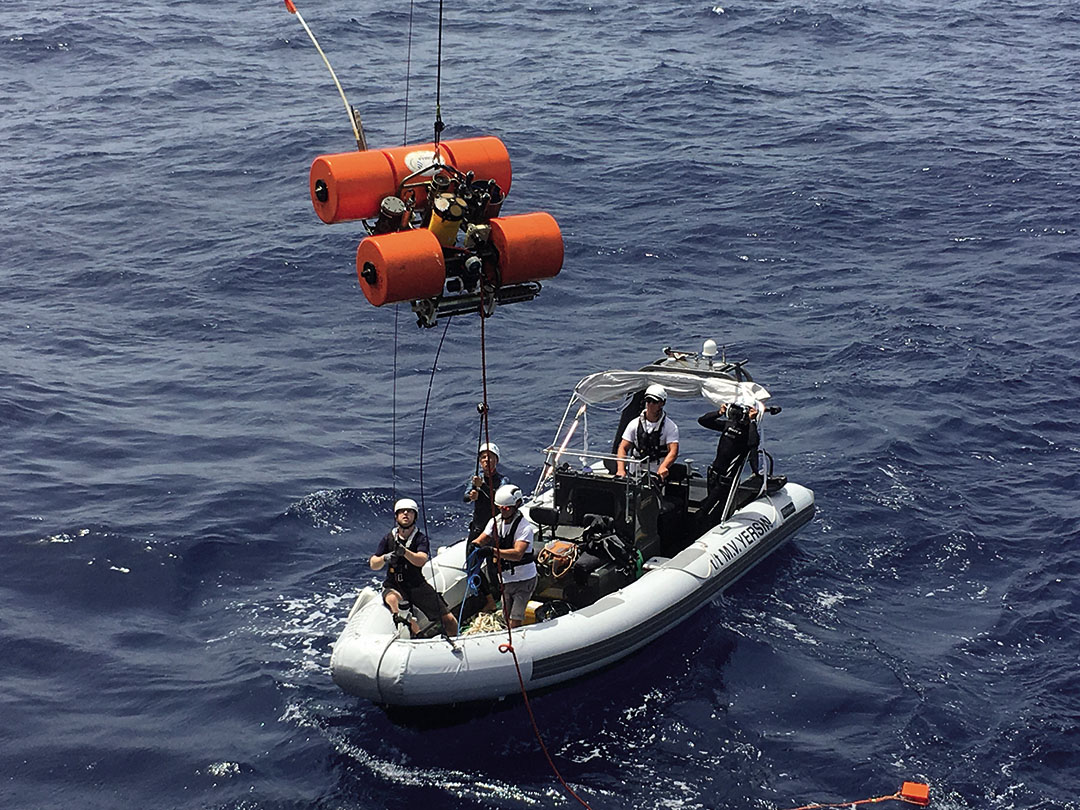 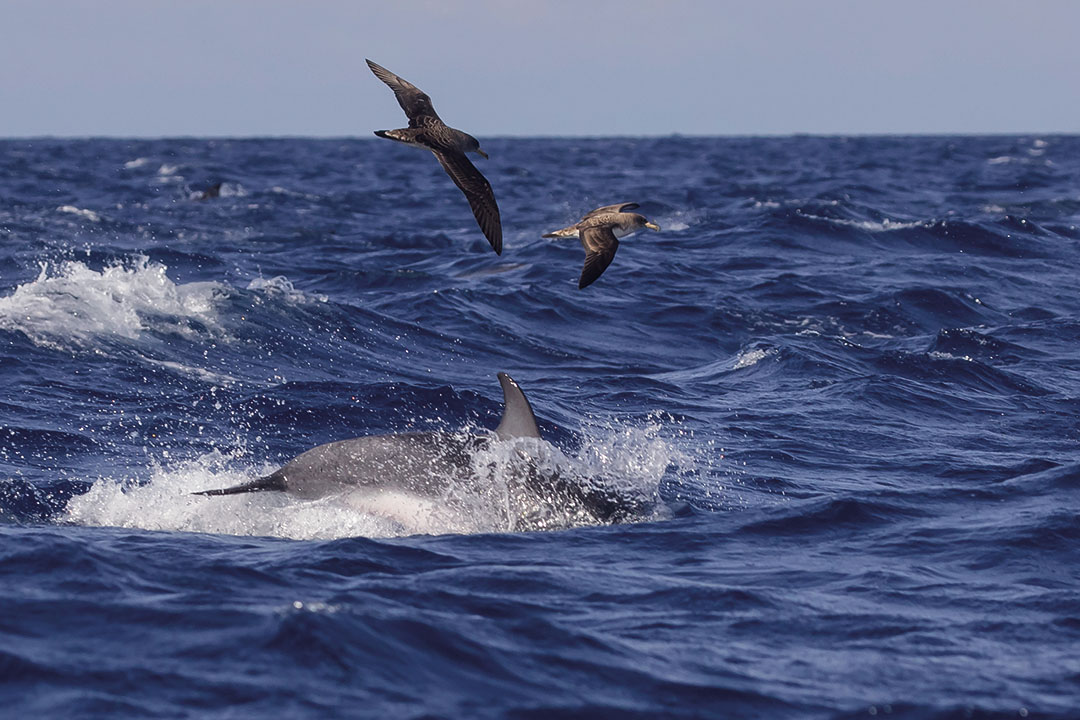 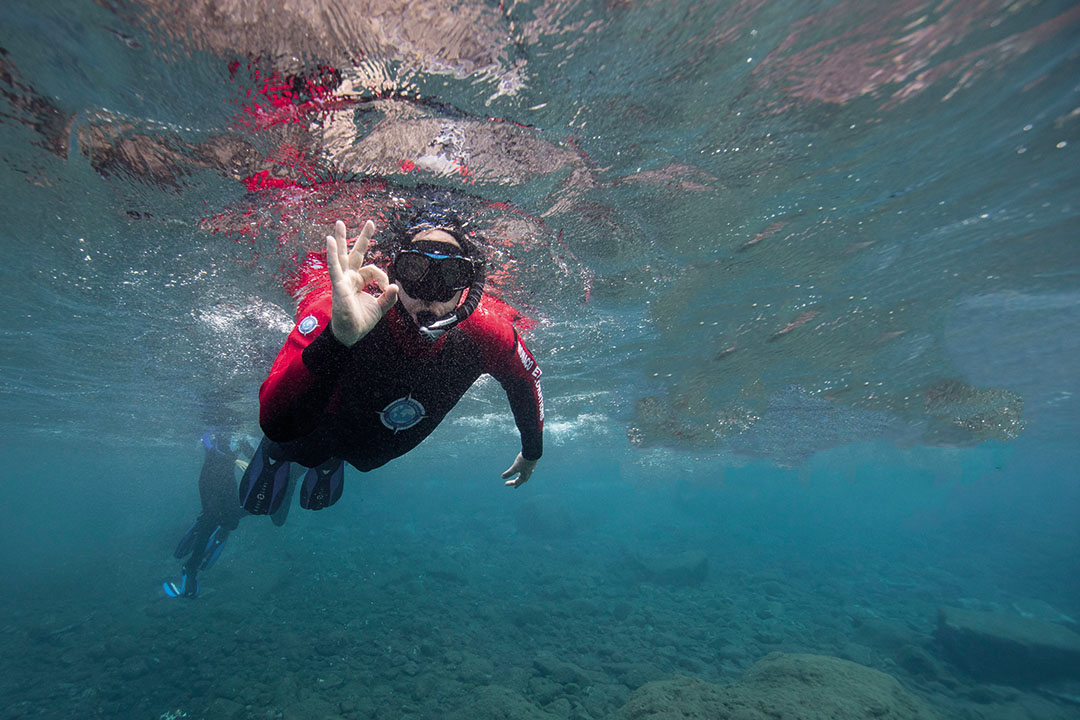 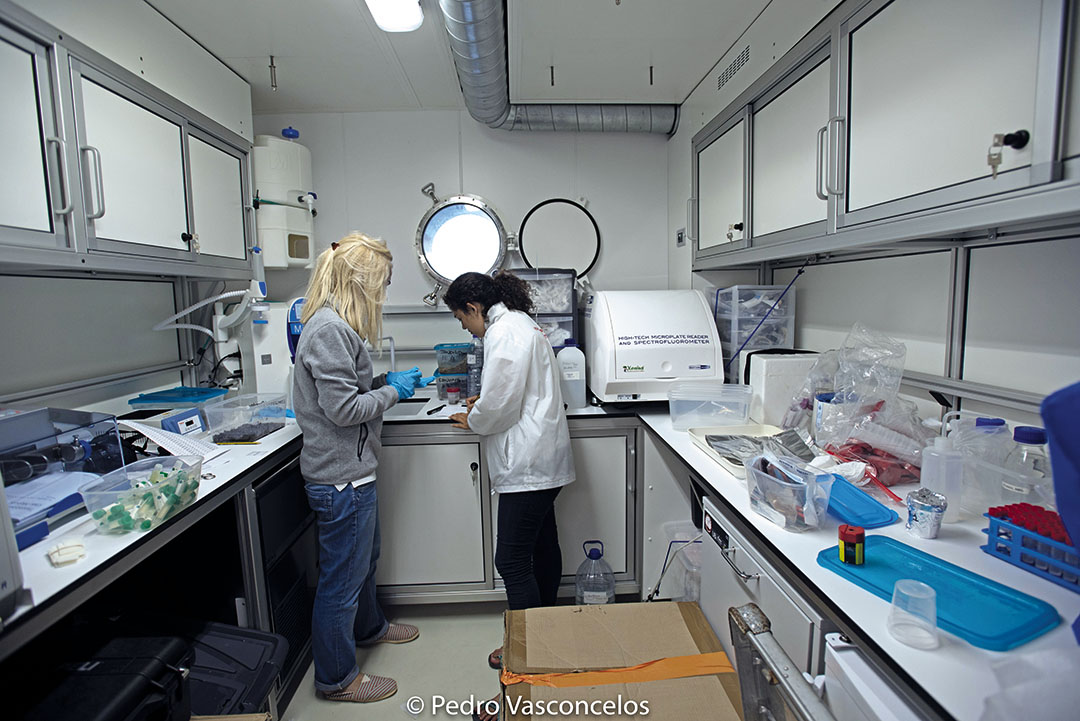 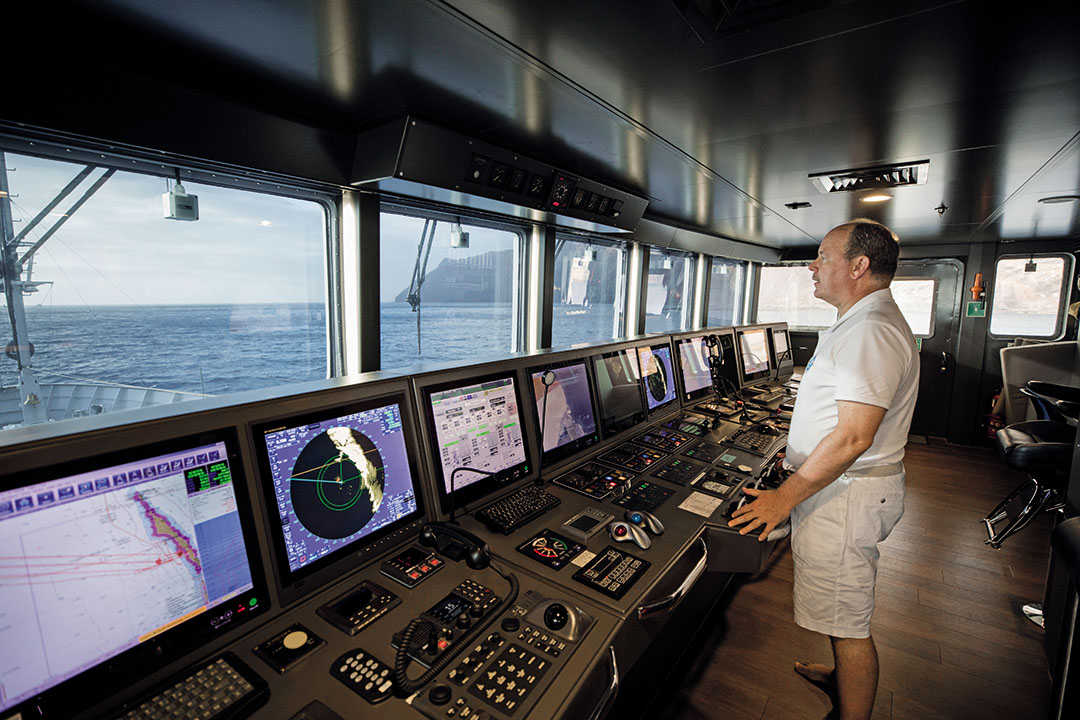 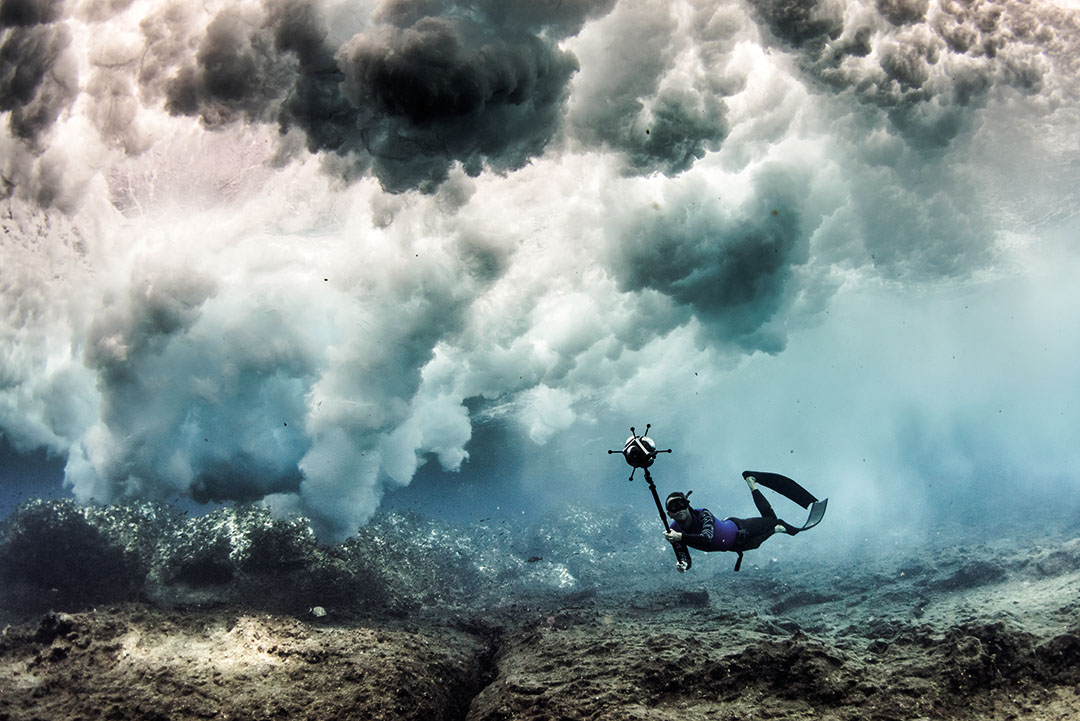 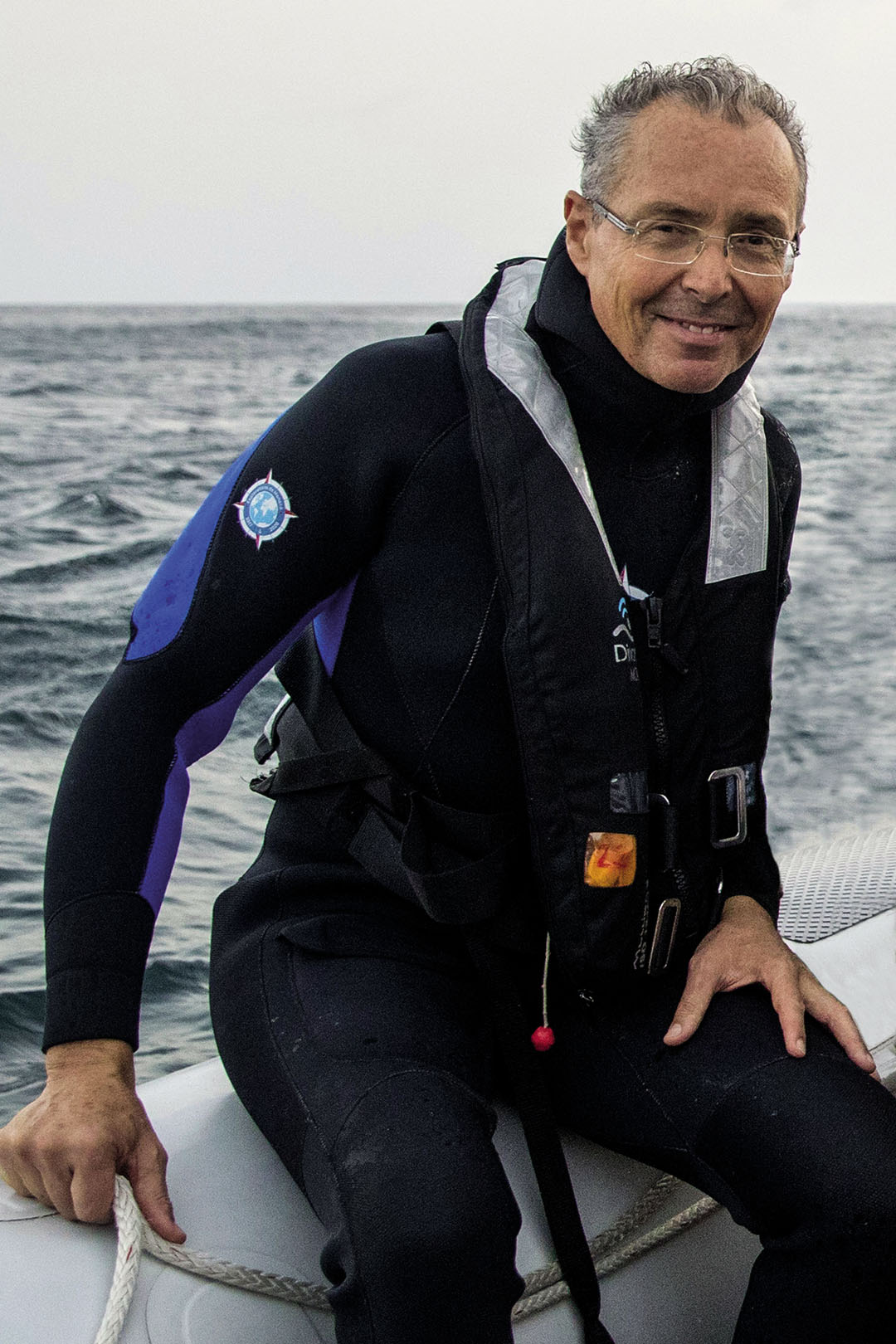 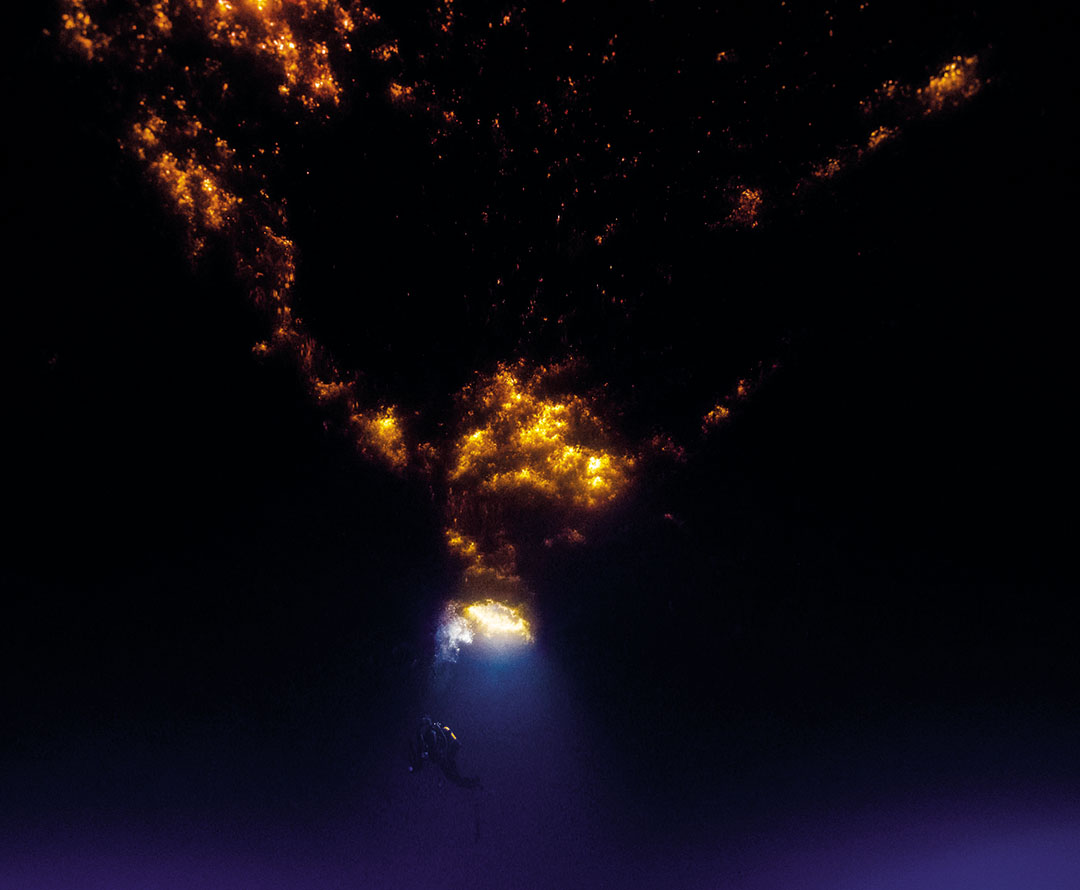 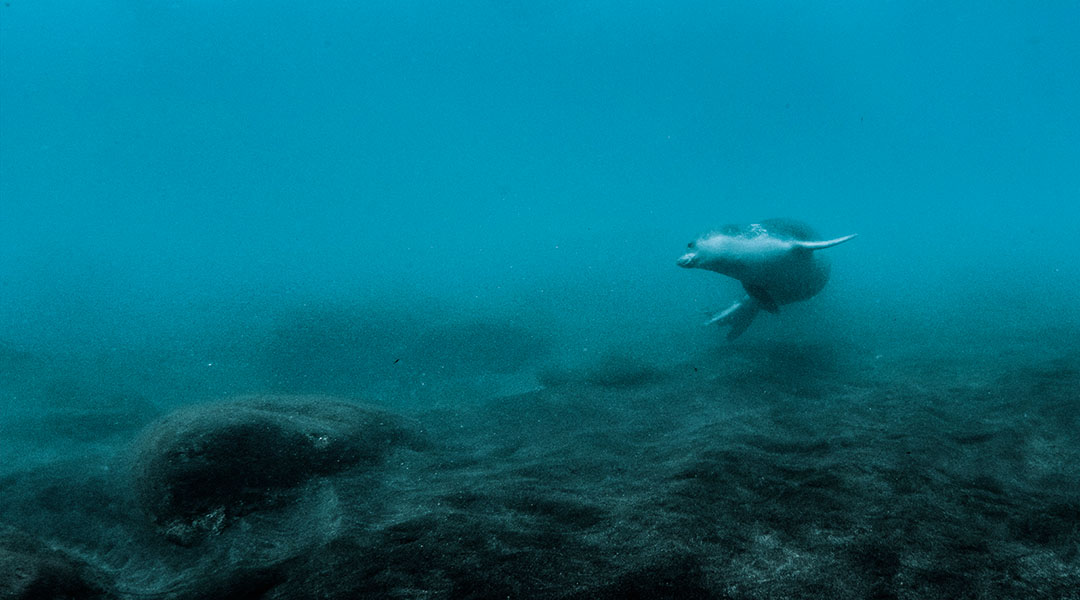 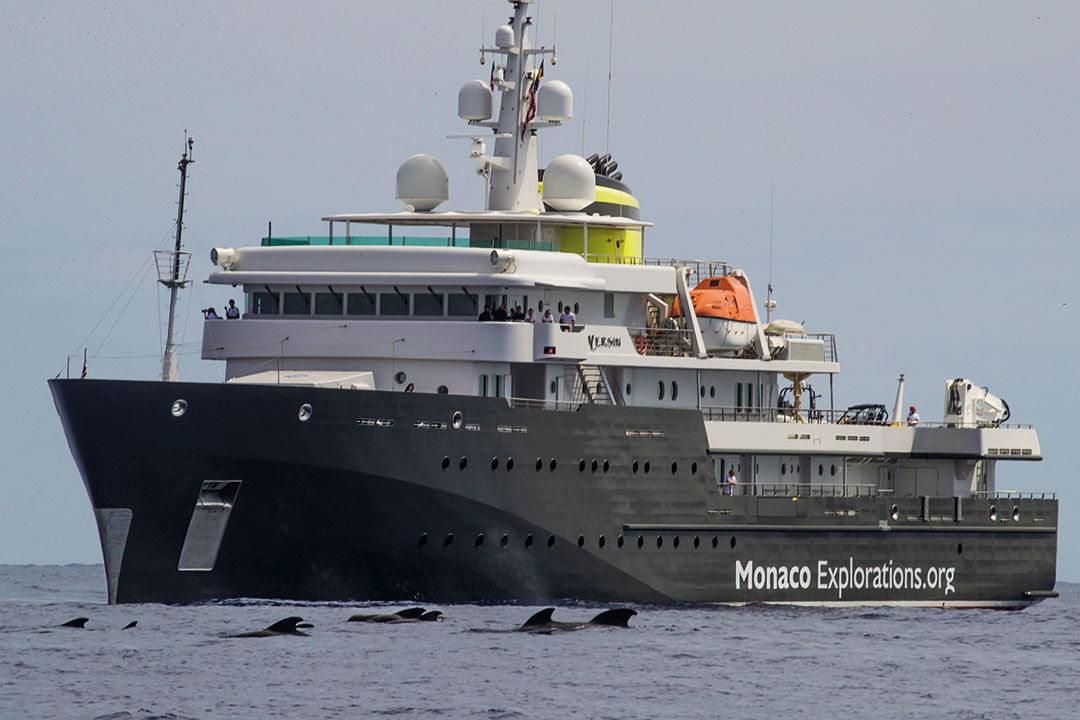