The Grail for solitary sailors

The Vendée Globe, imagined at the end of the 1980s by Philippe Jeantot, is a unique event, mixing technology, preparation, high standards, but above all a demonstration of tremendous character from men and women ready to face the solitude and the harshest sailing conditions for over two months.

This race is crazy! Every four years since 1989, this is a recurrent, imperative, immutable, captivating observation. On November 8th, 33 sailors (6 women and 27 men) set off from Les Sables-d’Olonne, in Vendée, to complete a non-stop single-handed round-the-world sailing race without assistance. The Vendée Globe remains an exceptional event in terms of its duration (over two months), its hardness and the level of the commitment expected of each skipper. Each edition has marked the history of ocean racing by the countless adventures that have punctuated it, be they funny or tragic, happy or distressing, technical or human.

At over 30 knots for the best ones!

With an incredible technological leap since the arrival of foils on ocean racing boats, the Vendée Globe 2020-2021 will undoubtedly bring its share of surprises, twists and turns, and a lot of drama. The Race Director Jacques Caraës, who was himself an amazing sailor, explained before the start: “The fleet will be disparate in terms of speed between the eight new generation foilers that can “fly” at 25, 30 knots, or even more, and the old straight daggerboard boats: there might be an ocean of difference between the first and the last. But this is the DNA of the Vendée, since it also allows small budgets to participate. And to complete the race is already an exploit.” Many hopes have been placed on Boris Herrmann at the helm of the SeaExplorer – Yacht Club de Monaco (Team Malizia), the first to fly the colours of the Principality on this competition. As we were wrapping up the magazine, any forecasting was impossible! 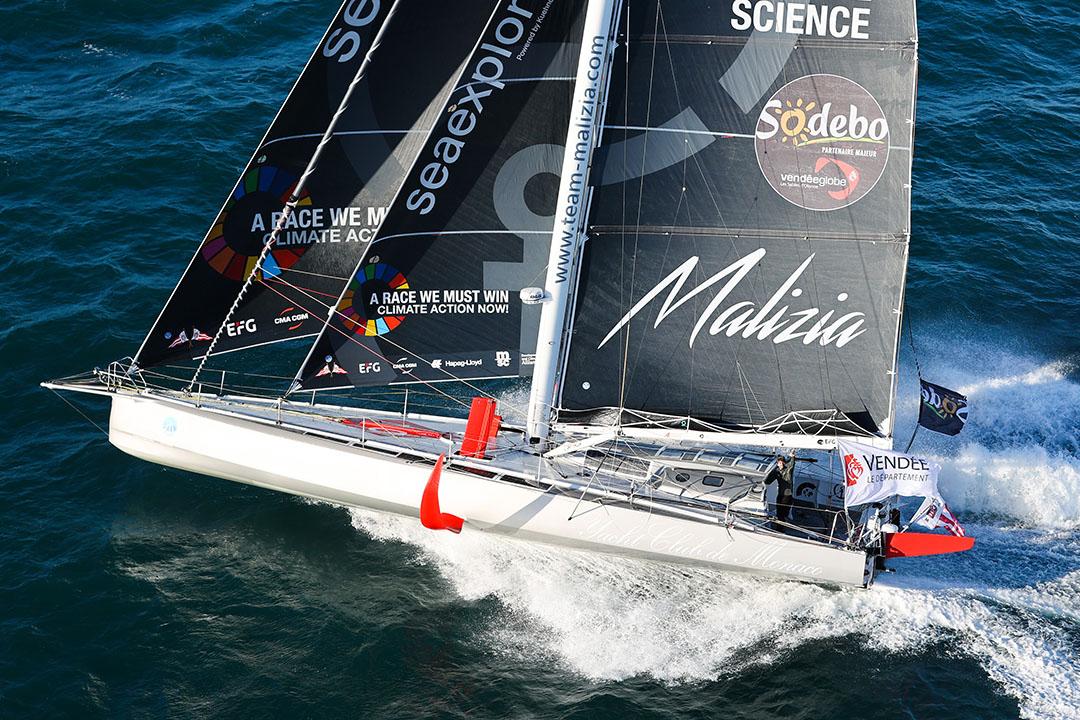