On April 10th, the Yacht Club de Monaco organised its eighth environmental symposium in the form of a dinner-debate during which the yachting actors presented and discussed the sector’s initiatives designed to protect the environment.

The Principality has made of the protection of the oceans its priority. And many of its actors also try to contribute to this ambition. Just like the Yacht Club de Monaco that, since 2011, organizes every year an environmental symposium. For its eighth edition, the members of the yachting industry had answered the call of Bernard d’Alessandri, General Secretary of the Y.C.M. The vice-president of the Prince Albert II of Monaco Foundation, Bernard Fautrier, opened the debate. He presented the projects supported or initiated by the Foundation, such as the protection of the bluefin tuna or the monk seal. The guests also discussed the technological innovations that will make the yachting cleaner. Such as the Sphyrna, the world’s largest civilian surface drone, 20 metres long and 5.20 m wide, whose design based on the Polynesian dugout canoes was presented by Fabien de Varenne from Sea Proven and Bertrand de Lesquen, director of Marines et Océans : “Our goal is to create an armada of drones of different sizes that could be made available to scientists and maritime countries to better understand the oceans.” Sphyrna will be moored at the Yacht Club pontoon during the Solar & Energy Boat Challenge in July. Another innovation, the flying boats presented by Jérémie Lagarrigue from the Hydros Foundation. Four years after the HY-X prototype, the first flying hybrid boat, he introduced his latest crazy idea : a boat with foils that can fly thanks to a kite. This project is set to go five times the speed of wind and cross the Atlantic in under three days.

Another presentation, another theme, extremely topical in light of the continents of plastic, the Plastic Odyssey project of Simon Bernard : “Every minute, plastic waste the equivalent in weight of three elephants finds its way to the oceans. Plastic Odyssey is a round-the-world expedition on a lab boat totally powered by recycling plastic waste. Waste will be collected at each port of call and recycled on board, the aim being to demonstrate that it is too valuable to end up in the ocean.” The principle is simple : the plastic is heat by pyrolysis that breaks down the molecules in a closed circuit, hence no production of toxic particles, and thus create a good quality fuel. About1 litre per kilo of plastic. The former naval captain now aims to make it accessible thanks to a reasonably sized technology in open source. Finally, the evening concluded with Erin Clarck’s speech, the owner’s representative of the 790-expedition yacht project at the Norbisbruk shipyard : “This 80m explorer yacht has electric diesels and every possible eco-friendly innovation, allowing her to have one single engine to sail at an economical cruising speed. With a 20 to 23 days autonomy, even with guests on board, this yacht will be able to access the remotest areas without having any impact on the environment.” 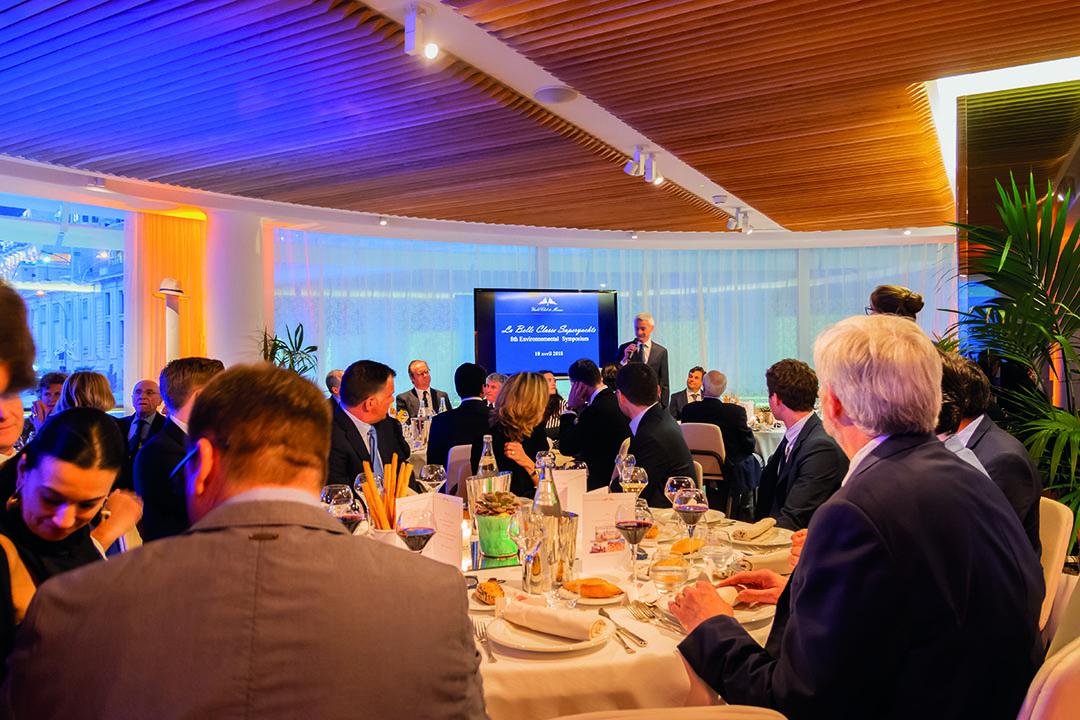 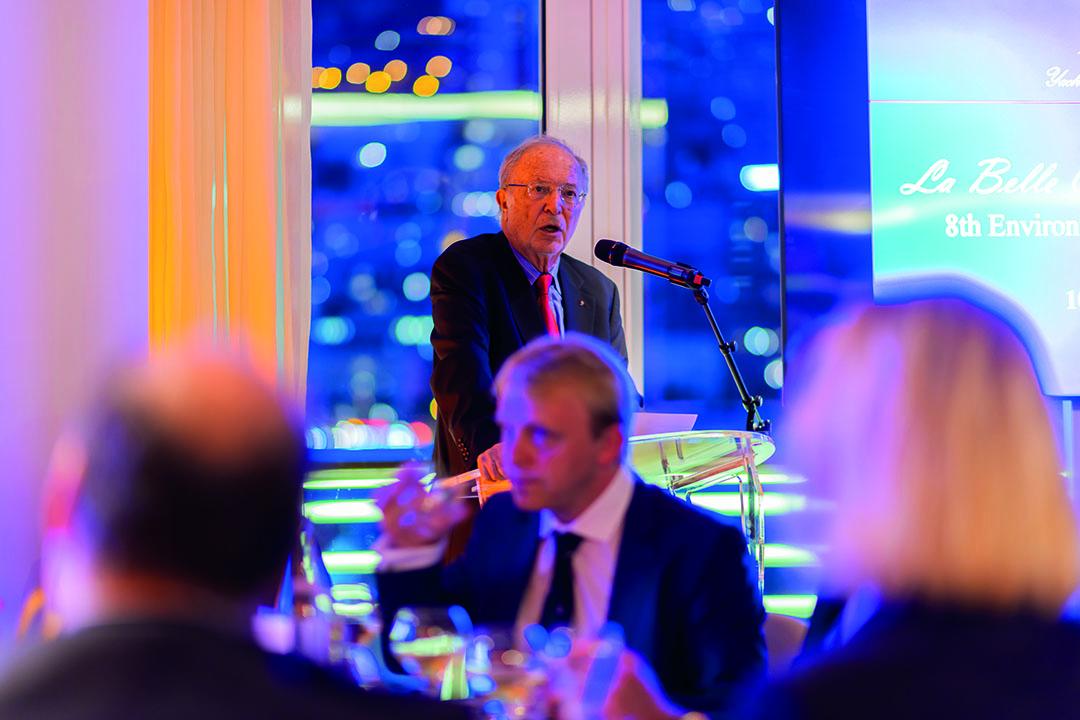 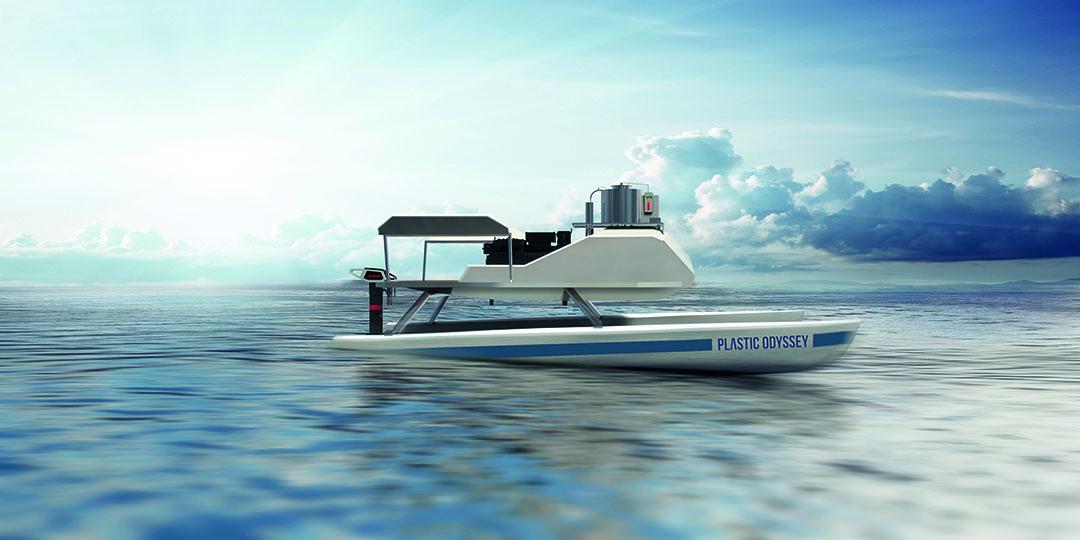 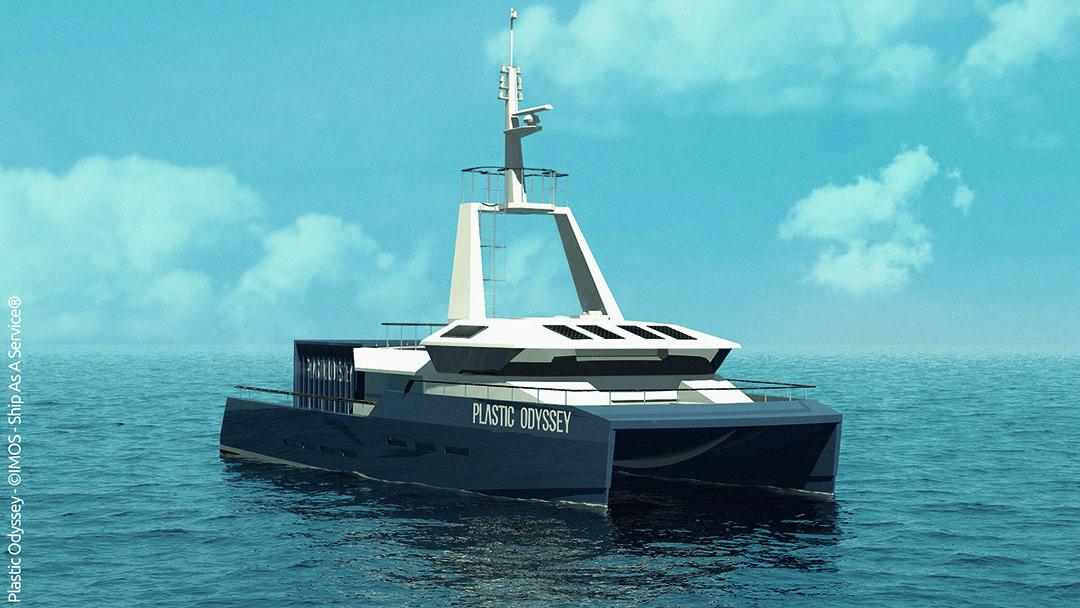 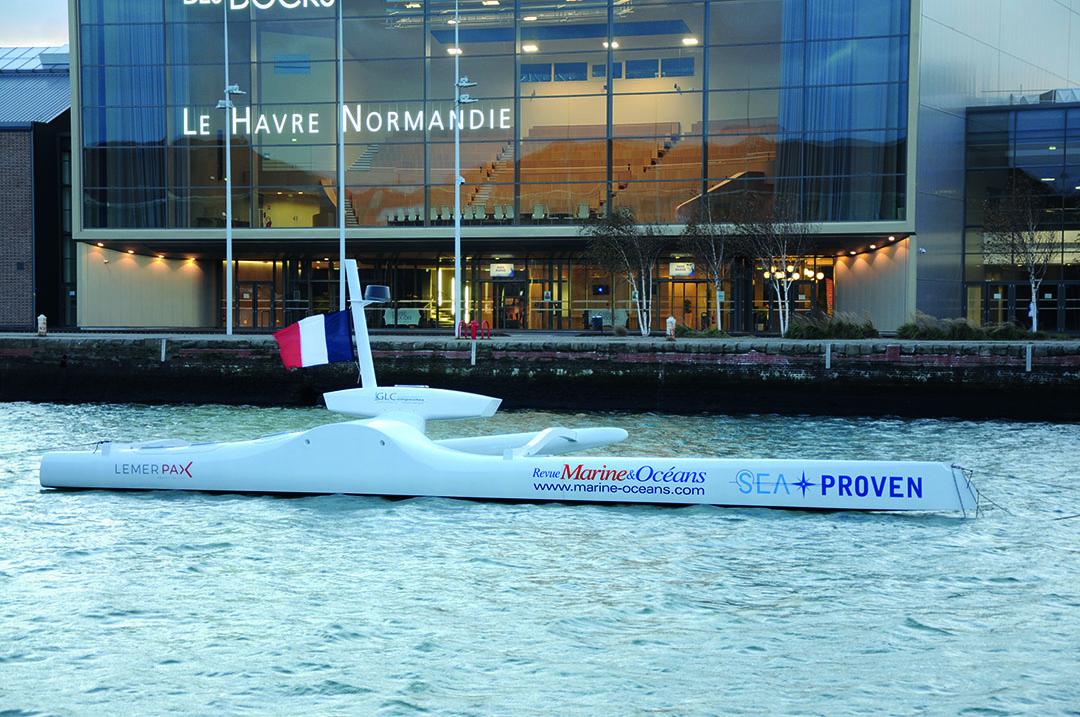