The return of the swans

For the second year in a row, Nautor’s Swan had chosen the Principality as the starting point of the Nations Trophy Mediterranean League, its annual regatta circuit. From April 9th to 13th, fourteen crews thus competed in the 2nd Monaco Swan One Design, which was unfortunately marked by the whims of Aeolus.

There is a famous French saying: “You don’t change a winning team”. After a successful first edition, the Finnish yard had once again invited its extended family of sailors on the Principality’s water body, for the Monaco Swan One Design. The first leg of its Nations Trophy Mediterranean League that will embark Nautor’s Swan passionate owners around the Mediterranean, to Scarlino, Palma di Majorca and Saint-Tropez, before the shipyard’s major biannual event, the Nations Trophy, which will be held in October in the capital of the Balearics. “We have three major events in the world: The Swan Cup, the Swan European Regatta and the American version, which historically have been very successful. Since we entered the one-design world, we thought it was the moment to create a dedicated an event for them,” recalls Enrico Chieffi, Nautor’s Swan vice-president. The Nations Trophy was then born two years ago for the 50th anniversary of the yard, followed last year by the Nations Trophy Mediterranean League. Its objective: maintaining a close and permanent connection with its family of shipowners thanks to a quality circuit, based on the principle of major competitions between nations, combining both racing and social events. And this new rendezvous pleased the shipowners. “We are growing in numbers this year. And we have almost doubled the number of participants expected for all the events,” says Enrico Chieffi. This second edition promises to break all records since more than fifty Swans are expected at the Nations Trophy.

Owners in the driving seat

In Monaco, there were fourteen boats, three more than last year, from eight countries: Italy, Russia, Austria, Belgium, Switzerland, Great Britain, Spain and France. “It’s the beginning of the season, there are fewer participants at the moment, but this is a very good fleet, especially in the ClubSwan50 class,” explained the vice-president. Indeed, this competition gathers three different one-design: ClubSwan 42, Swan 45 and ClubSwan 50. The first two, designed by the yard’s historical architect, German Frers are part of the “cruising racers”, suitable for both regattas and family outings. The ClubSwan 50 was born in 2017, for the 50th anniversary of Nautor’s Swan. The architect, Juan Kouyoumdjian, made her much more modern, and fitted with the latest technologies. “The 50 is a real breakthrough since we’re on a ‘big machine’, all in carbon,” explains Philippe Oulhen, Class president and Product Line Leader at Nautor’s Swan. “She has a new generation of hull with a larger bow, and two rudders for better control, so that the owner/ driver feels comfortable”. Indeed, on Swan, each boat must be helmed by the owner. This is a common and fundamental rule for all the shipyard’s regattas, which explains both their friendliness and success. “The rules of the class are very important. There is a limited number of professional onboard and new sails bought each year, so it’s very balanced. It’s not about who’s got more money” confirms Andy Bianchedi (Drifter Sail), a new owner of ClubSwan 50 who was attending his very first circuit: “It’s a beautiful boat, design, very fast, light, and very pleasant to sail. To reach a certain level is difficult, but it is easy and quick to have fun. And that’s very important for us gentlemen drivers”.

On the Monegasque water body, the three winners of the 2018 were back to defend their title: Leonardo Ferragamo (Cuordileone), president of Nautor’s Swan, on his ClubSwan 50, Luis Senis (Porron IX) in Swan 45 and Lorenzo Mondo (Far Star) in ClubSwan 42. Once again, a fierce battle was to be expected on this very tactical water body. Especially considering the track records of some professionals, such as the Olympic champions Fernando Echavarri (Skorpios /ClubSwan 50) and Iker Martinez (Mathilde / ClubSwan 50) or the America’s Cup and Volvo Ocean Race (crewed multi-stage round the world) veteran Ken Read (Cuordileone). The hostilities began on Wednesday with an easterly wind of 10 – 12 knots. The only regatta on the first day brought Dmitry Rybolovlev (Skorpios), Luis Senis and Lorenzo Mondo to the podium of the daily prize giving, a concept dear to Nautor’s Swan. “The concept of this event is racing, but the core of the event is to have fun, be together, become a family and share the pleasure of sailing. To reward each evening the winner of the day and to give him a trophy is a beautiful excuse. You take advantage of that immediately because, the next day, you can be last”, explained the vice-president. A good philosophy especially since, unfortunately, the next day, Aeolus, the god of the wind, played hard to get. On Thursday, the dead calm prevented the sailors from crossing the finish line, while on Saturday, the fourth and last day, no start was even given… Fortunately, the third day of competition offers to the crew two fine races, with a south-westerly wind of 10 – 12 knots, and a decreasing, rapidly shifting, breeze. With three victories in three races, Porron IX et Far Star once again reigned over their classes, while in ClubSwan 50, Leonardo Ferragamo won by virtue of consistency, as he scored two seconds and one third. The Swan fleet left Monaco with the exact same ranking as last year, with Italy taking once again the lead.

The ClubSwan division and Nautor’s Swan regattas are about to welcome a newcomer: the ClubSwan 36, which was officially presented in Scarlino (Tuscan, Italy) during the League’s second leg. Designed by Juan K., who also penned the ClubSwan 50, this sailboat has a distinctive silhouette, but also a sliding C-foil and two rudders. “It’s not a flying yacht, technically it is skimming”, explained Enrico Chieffi. “In high-speed reaching conditions, it will lift out of the water, but not completely. There is a very high efficiency while sailing up with no wind. The boat combines easy handling and safety. Aesthetically, she is very novative. Very aggressive and modern, stylisth as well”. With an annual production of 20 units; Enrico Chieffi expects six ClubSwan 36 at the Nations Trophy that will take place from October 8th to 12th in Palma de Majorque. There should be about 10 of them by next spring. 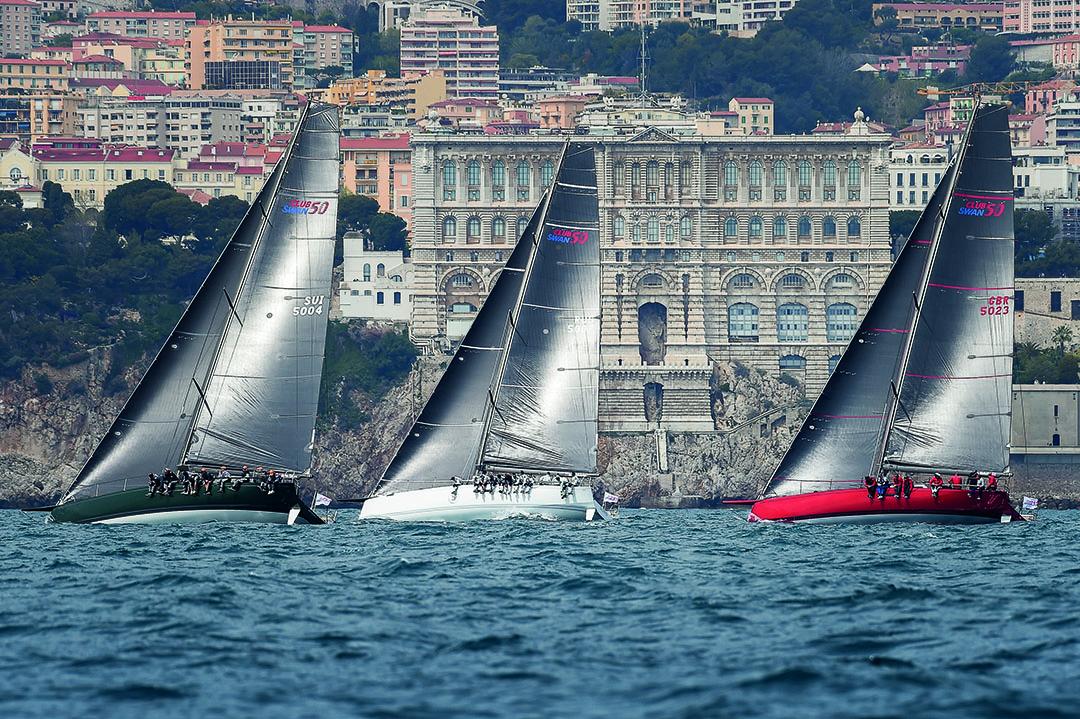 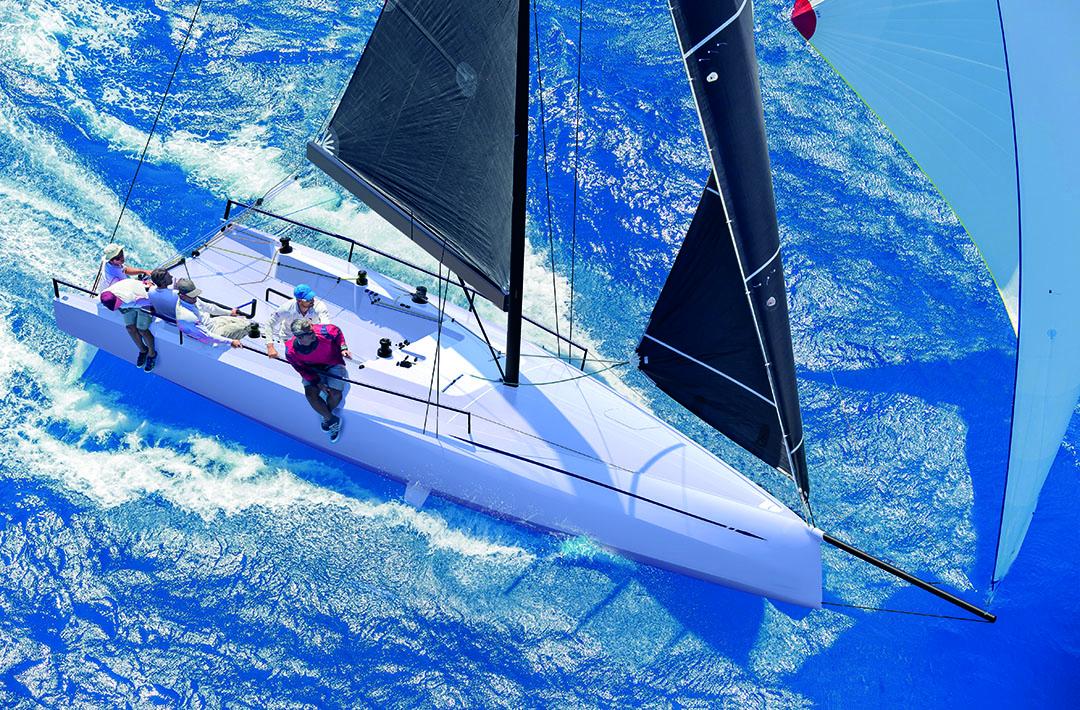 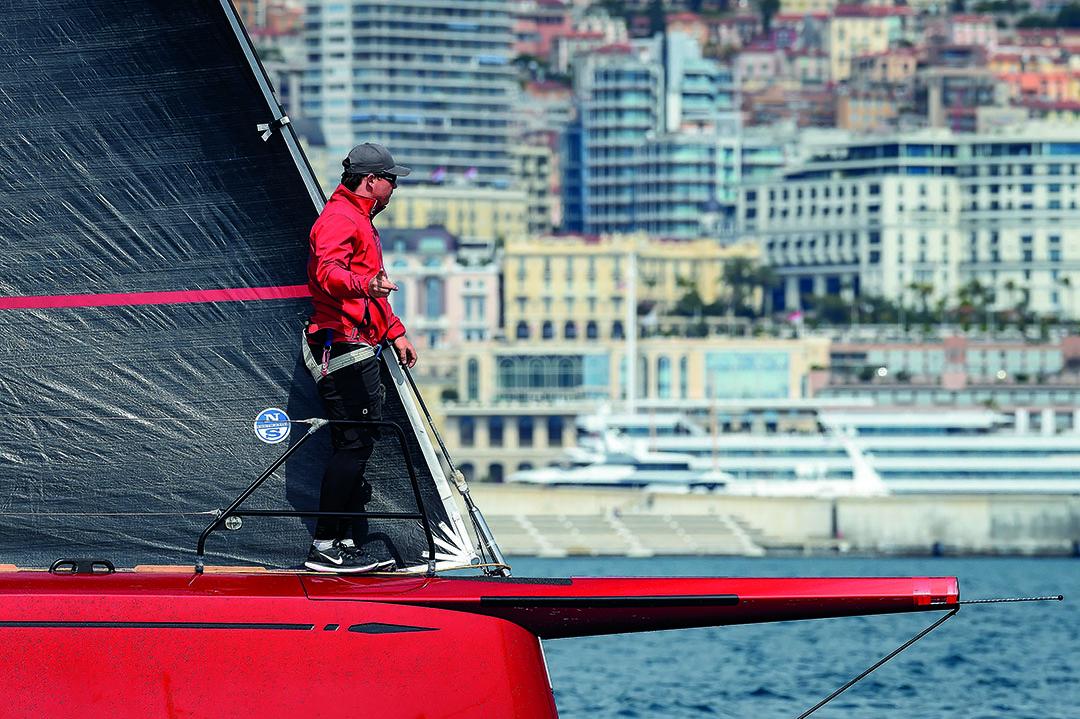 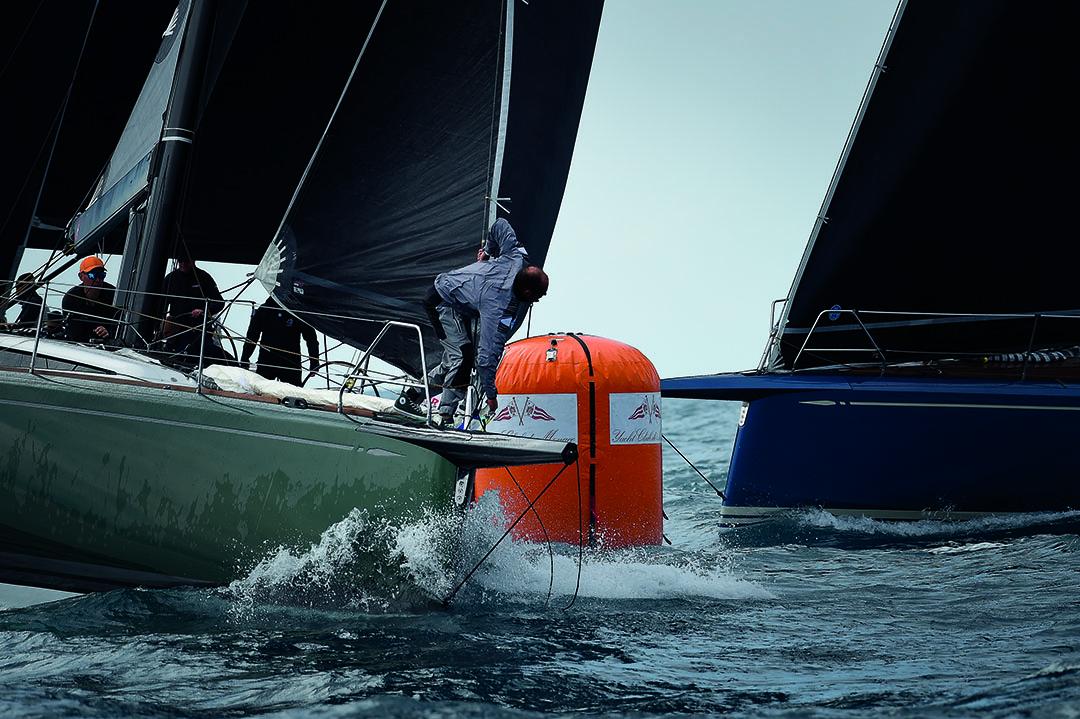 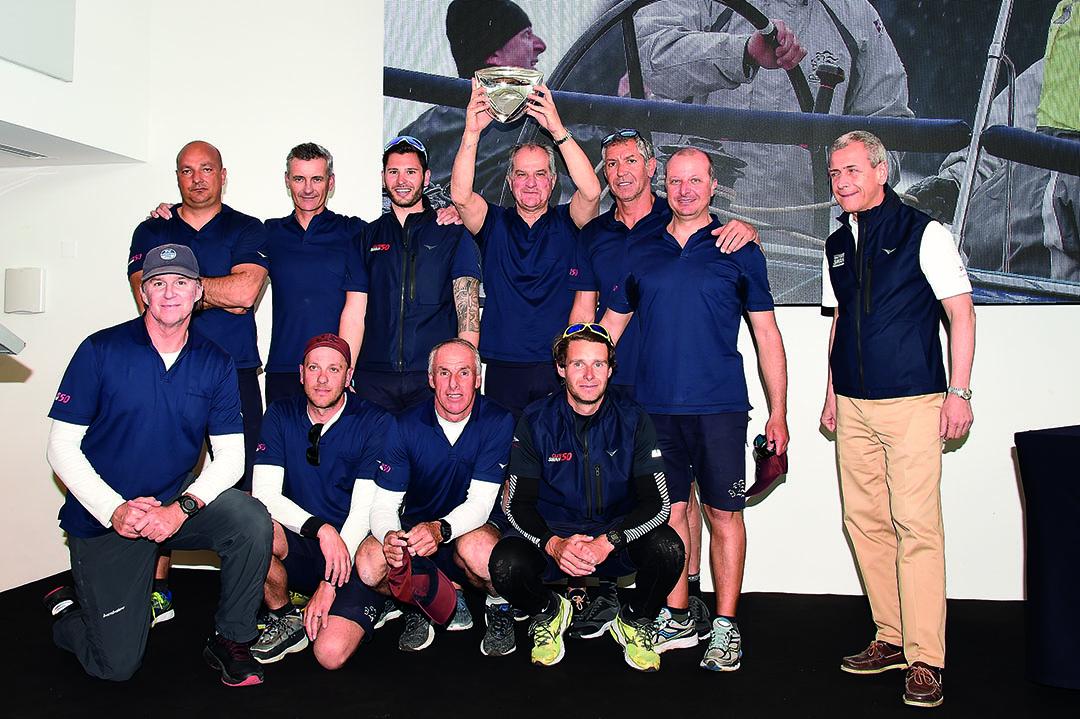 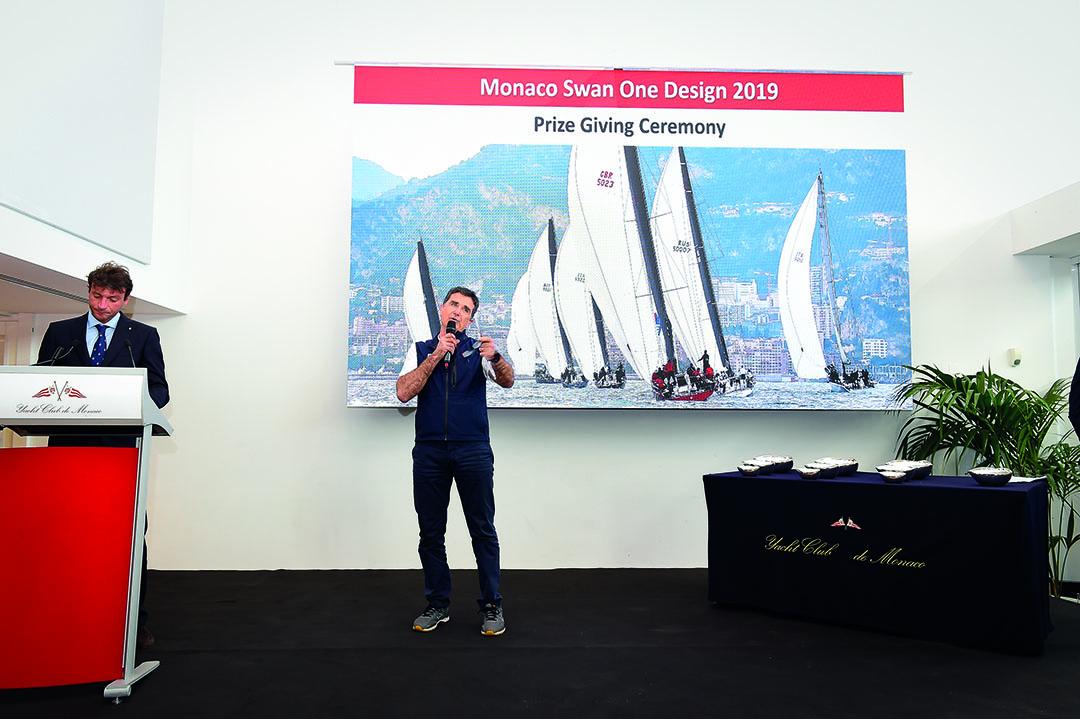 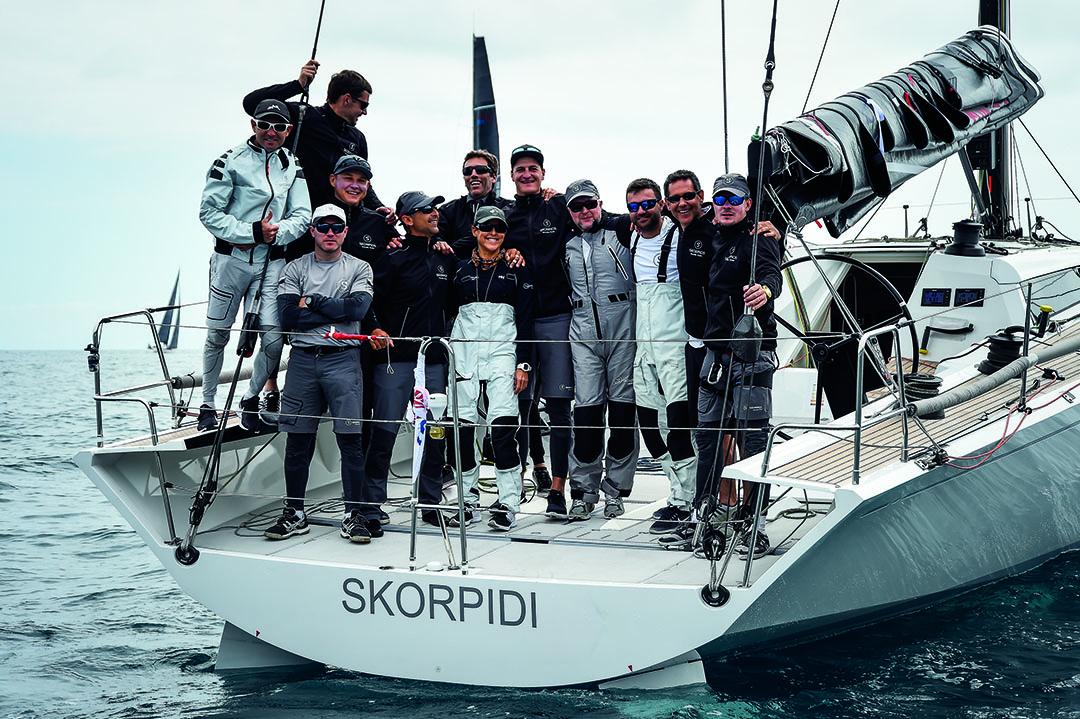