The Multi 70 feet Maserati was tested “in real life”, on two routes where there was a record to be broken. As a result, her skipper Giovanni Soldini, assisted by Pierre Casiraghi, on the record-breaking Wally (Monaco/Saint-Tropez), improved on the two “times”, and was very satisfied with his “Maserati” of the seas.

From Maserati’s trident to Neptune’s trident, the meaning is the same, the former emanating from Neptune’s fountain, in the city of Bologna, birthplace of the prestigious car brand… No false note, therefore, to see this symbol adorning the prow of this proud steed of the seas that is the Multi 70 Maserati (21.20 m x 16.80 m), piloted by Giovanni Soldini and his crew. A trimaran with extremely slender hulls, capable of holding a staggering average speed in heavy seas. In fact, at the finish of the record set between Monaco and Porto Cervo (195 miles), the Italian skipper could not believe it: “We crossed the finish line sailing at 35 knots! We knew it was going to be a risky window because of the light wind near Corsica, but we wanted to try anyway and we did our best, pushing our Multi 70 to the maximum, and we did it: we are all very happy, and exhausted!” And despite the speed of this multihull, with peak speeds of 38 knots in 25/30 knots of wind, it was not a simple affair… The Maserati crew had previously made an unsuccessful attempt, deploring a damaged rudder. But at the end of the second attempt, the multihull record held by Phædo3 since 2016 fell, in 7 h 50′ and 44”. But it was only a matter of 2 minutes and 47 seconds!

A few days later, Maserati, still helmed by Soldini, achieved another performance, beating the Wally Record, which consisted of sailing from Saint-Tropez to Monaco (48 miles), created on the initiative of the Monegasque shipyard, in collaboration with the Yacht Club of Monaco. In just 2 h 25′ and 44”, making the most of a 15 knots easterly wind (25 in gusts), the Multi 70 easily erased the mark set in 1999 by Knut Frostad (3 h 4′ and 40”) at the helm of Nariida, his 32 m ketch. Pierre Casiraghi, vice-president of the Yacht Club de Monaco, enjoyed being part of the crew (six crew members in total), saying: “I am delighted to be back with Giovanni. It is always a pleasure to sail alongside him and to test this 70-foot trimaran that has just come out of the yard.”
Two records on the programme for a 500 mile training phase in the Mediterranean, to validate the work done at the La Spezia yard. “After four months of work, we have implemented many improvements and are now starting a whole series of tests and adjustments” explained Soldini. Work that already seems to be paying off! 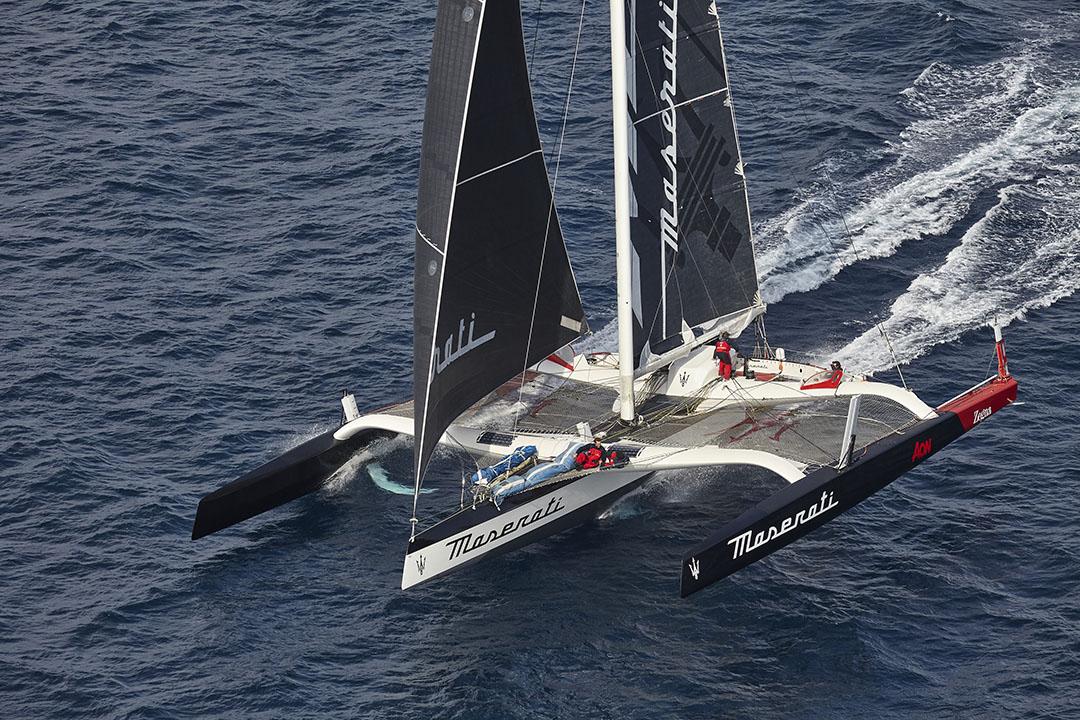 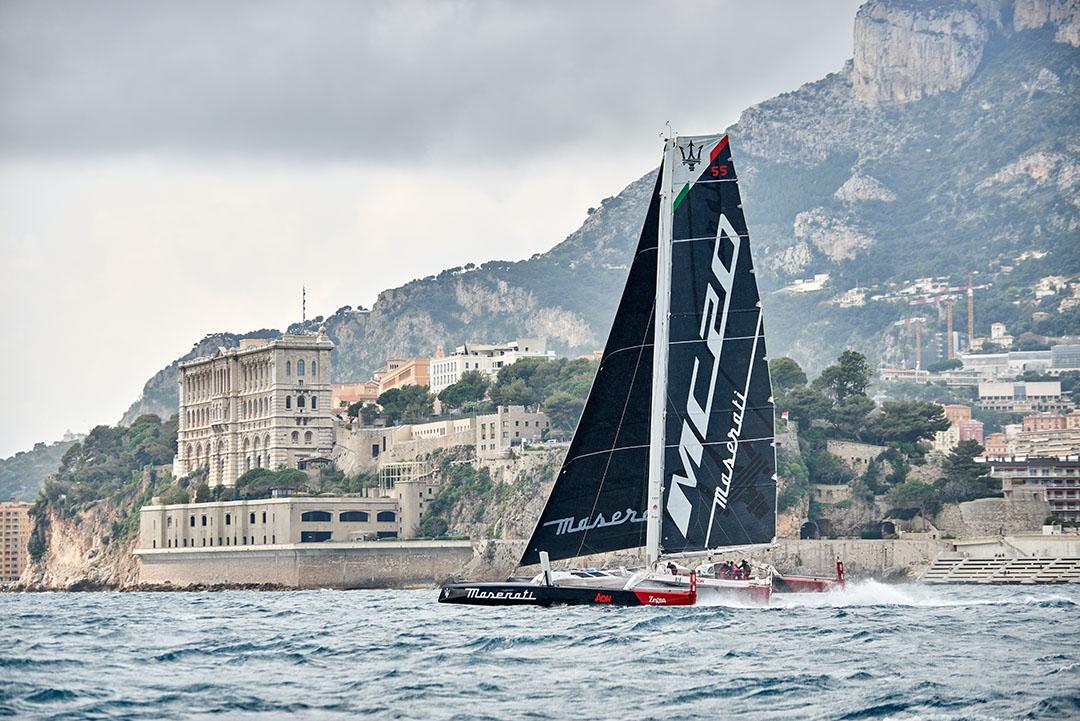