From CAP VERT to MALPELO

Since her departure from Cabo Verde, off the African continent, the Yersin travelled around 3500 miles, before stopping in Martinique, then in Malpelo, 215 miles off Colombia, in the Pacific Ocean. Review of the latest missions of Monaco Explorations.

Six months have passed since our last article. Six months during which Monaco Explorations were quite busy. After Macaronesia, its monk seals and giant skinks (lizards), a new research team thus boarded the Yersin. Its goal ? Taking advantage of the transatlantic leading the vessel to her second mission in Martinique to study the patches of sargassum. This brown alga that have been proliferating and washing up on Caribbean coastlines for the past few years. “These run into thousands of tons. These seaweeds are toxic. After washing ashore, they ferment on the sand before rotting, causing both an olfactory and a sanitary problem as they produce then sulfurated hydrogen”, reminded Thomas Changeux, the head of mission and engineer at the Mediterranean Institute of Oceanography. His research field is vast. This new ecosystem, which suddenly appeared in 2011, affects the entire Atlantic’s North Equatorial area, from Africa to the Caribbean. The Yersin’s crossing emerged as the perfect opportunity for his team since, despite having been extensively investigated, never before a transatlantic had been entirely dedicated to the study of this new ecosystem. The researchers spent 20 days of a true “hunt across the Atlantic, guided by satellite”, in ideal conditions. “The elements of comfort the Yersin are exceptional. Initially, she is a yacht, so there are sometimes inconveniencies for science, but it also presents significant advantages on a day-to-day basis for the scientist who is in good conditions for diving”. And they actually made dozens of these dives, during which the scientists encountered three different forms of sargassum and discovered there a true oasis supporting lots of small invertebrates and fishes. “We discovered there an extremely rich ecosystem. We brought back over 1 500 samples to help us determine if these are different species and study the food web (interrelated food chains within an ecosystem)”, explained the head of mission, satisfied. Today, as the analysis are being conducted, Thomas Changeux’s team hopes to get from their observations and samplings the keys of this new ecosystem : its origins, nutrient sources and the influence of external factors, its future migrations and evolutions…

The Megafauna project, from Martinique to Malpelo

School and officials visits, inauguration by Prince Albert II of Albert-Falco marine territorial natural reserve of Prêcheur… A heavy program was planned for Monaco Explorations in Martinique. Starting with some reconfiguration work on the Yersin. “The campaign was launched in December 2016 and the boat left Monaco on July 27th 2017. Due to this short deadline, all the changes required to welcome the structural science programmes selected by the Scientific Steering Committee (SSC) of Monaco Explorations in the best conditions could not be carried out. Thus, some improvements were made in Martinique (storage boxes, etc.)”, recalled Patrick Rampal, head of the SSC. During these few months at anchorage, “scientists from the Scientific Centre of Monaco and Villefranche, also took the opportunity to configure their materials. We also conducted sea tests of the underwater drone (ROV) plus also various technical studies to optimize the equipment to be integrated on board”, explained Patrick Rampal.

On the “expeditions” side, the Yersin also had a busy agenda as she welcomed the “Megafauna” project, a global mission that will accompany the entire Monegasque campaign. It aims a “better understanding of the spatial distribution of the marine megafauna (bony fishes, sharks, turtles and mammals mainly) in tropical waters to better protect it by identifying the essential habitats serving as the last refuges”, described David Mouillot, of the University of Montpellier, head of the project. “This distribution remains obscure because its members are rare, very mobile and stealthy. They avoid humans, making conventional census methods ineffective”. To carry out their mission, the team of six used an innovative and no-intrusive protocol, which consists of filtrating the sea water in search of environmental DNA (eDNA). The traces left by these species via their faecal materials, injuries or their urine, which remain in the water for about 24h, thus allows the researchers to retrace the megafauna diversity on the sampled sites. To this end, the research team also sampled fishes and deployed baited cameras to attract predators, film, and identify them. The megafauna project also accompanied Monaco Explorations in Malpelo, at 215 miles off the Colombian coastlines, on the Pacific Ocean this time. “One of the last sharks sanctuaries” explained David Mouillot who draws a very positive conclusion of the collaboration with the Monegasque campaign : “The Yersin’s capacities allowed us to access remote sites and deep waters that are still quite obscure regarding their megafauna composition. The boat will also be the first to offer a platform for real-time analysis of biodiversity thanks to labs and equipment dedicated to eDNA studies. Monaco Explorations also helps funding this sequencing.” Note that sharks were also at the heart of the other mission led by Sandra Bessudo, a French-Colombian marine biologist and oceanographer. Assisted by a team of free drivers, including the Monegasque Pierre Frolla, chief diver of Monaco Explorations, its objective was to equip these large mammals with GPS trackers to follow their migrations and understand them. They were joined for a few days by Prince Albert II.

Next stop : the Galapagos, an archipelago with a unique biodiversity. Once again, the Megafauna project will also participate in this mission, now planned for early 2019. “Since the vessel is only chartered for 6 months a year, she had to be returned to her owner in May. In November, a Californian shipyard will set up four equipment that could not be installed yet : an acoustic sounder visualizing in real time the shoals of fish and plankton layers, an acoustic doppler current profiler and a GASP tracking system to secure the ROV’s dives and ensure accurate survey of its position. A “continuous” water intake, which will provide “unpolluted” water for pollution measurement instruments, will also be set up”, stressed the head of the SSC. Will the calendar of the campaign be impacted ? “The scheduled missions will be completed. For example, the Galapagos one is simply postponed to early 2019. As a result, there has been some delay in our programme, which may lead us to prolong the three-year campaign”, specified Patrick Rampal, who is very positive about this first year of expeditions : “After an adjustment period, the various missions the Yersin hosted were able to combine proximity actions in support of local organizations (in Macaronesia and Caribbean), thus enabling quality mediations, and rich scientific missions whose results are expected in the coming months and should contribute to a better understanding of the oceans. After her upgrade at the end of 2018, the Yersin will be a real oceanographic boat and the rich calls for collaboration coming from the world’s major oceanographic centres lead us to expect significant breakthroughs in the knowledge of oceans. We cannot wait for 2019 ! 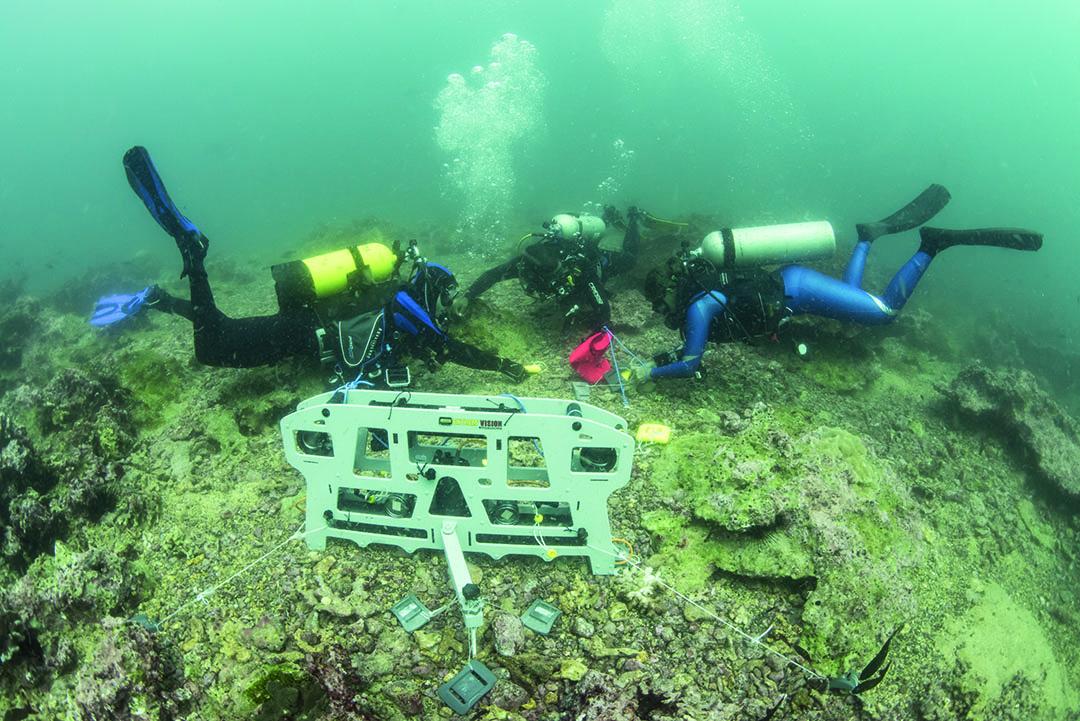 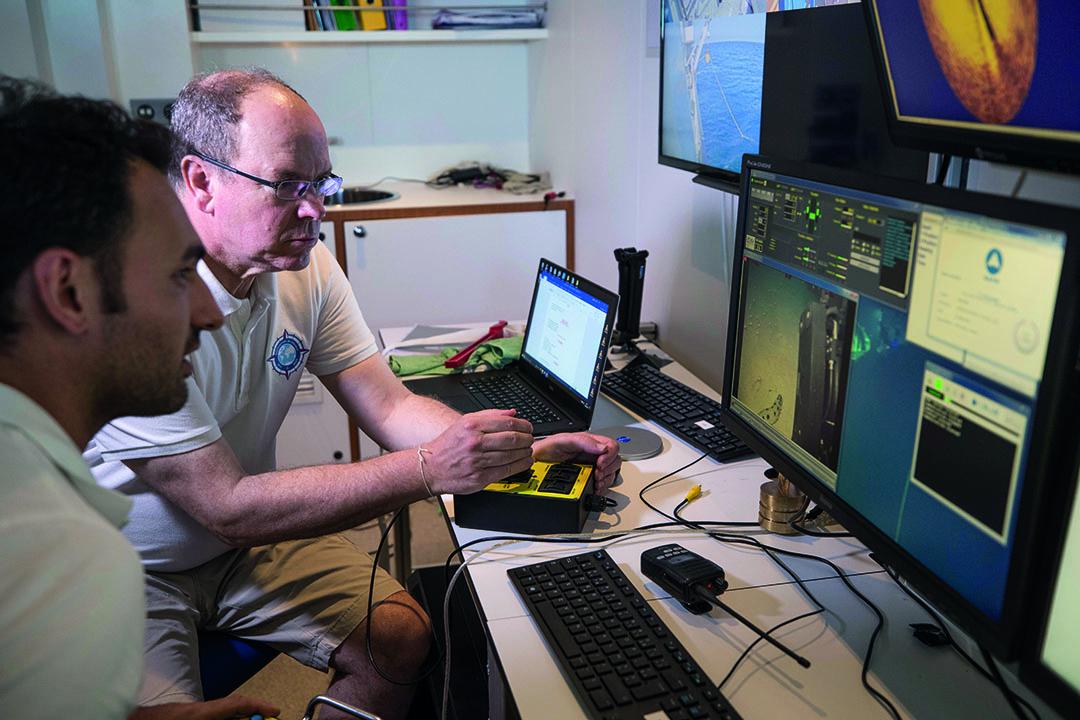 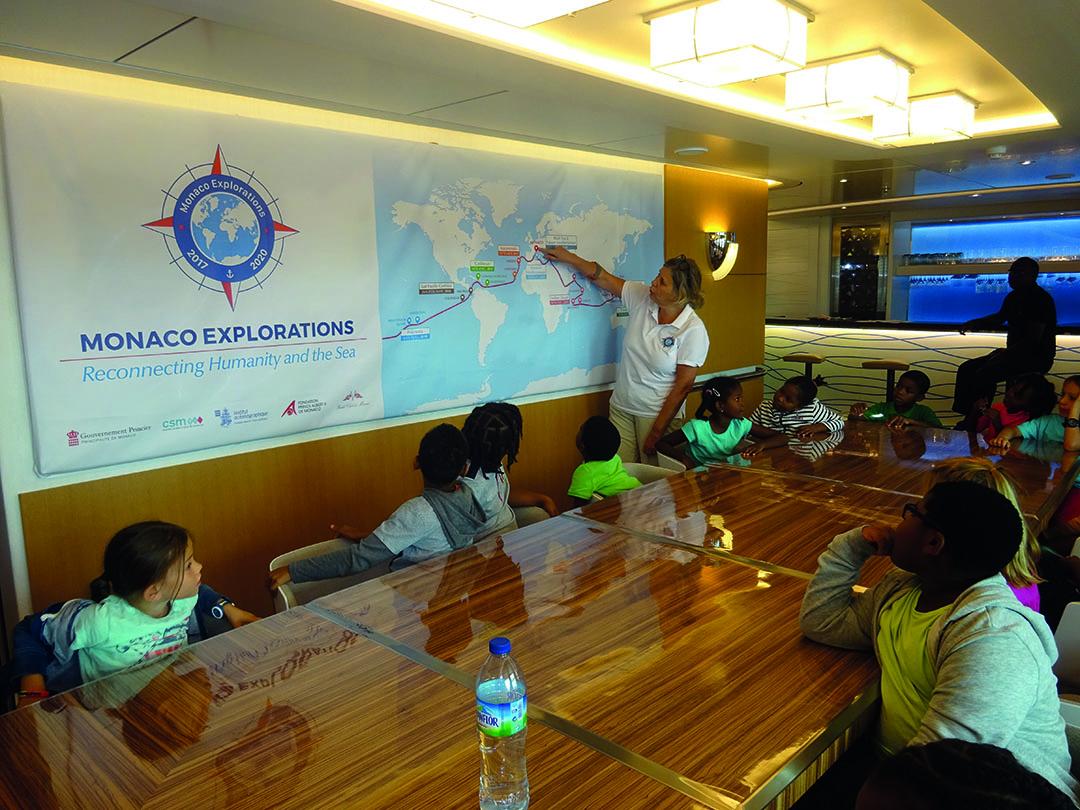 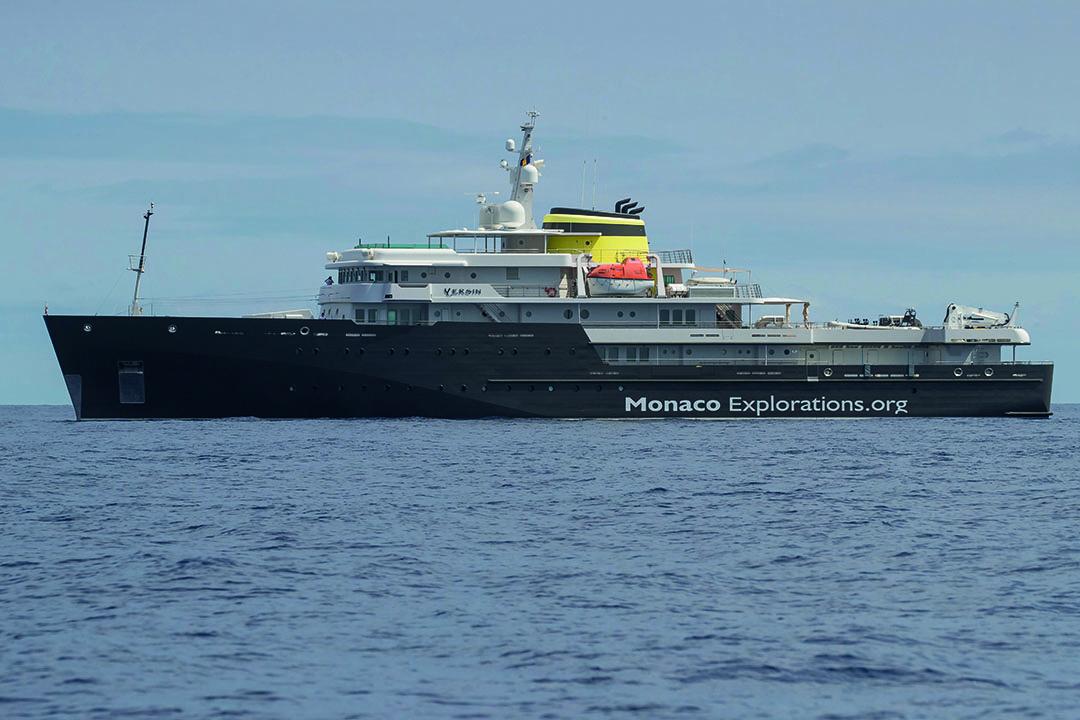 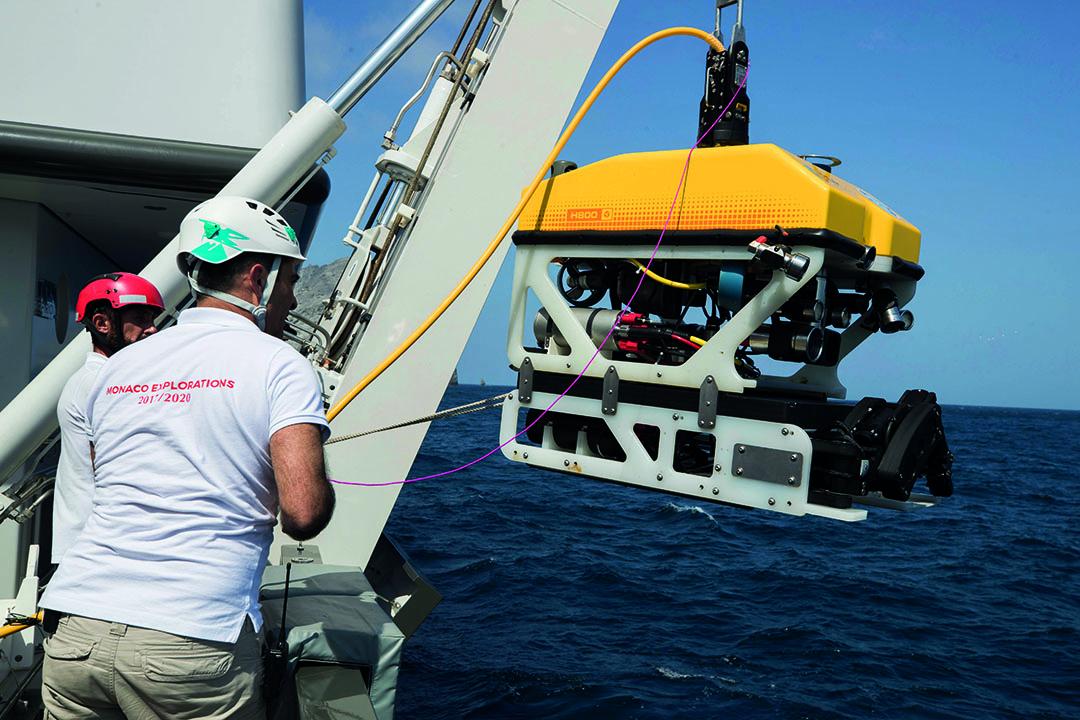 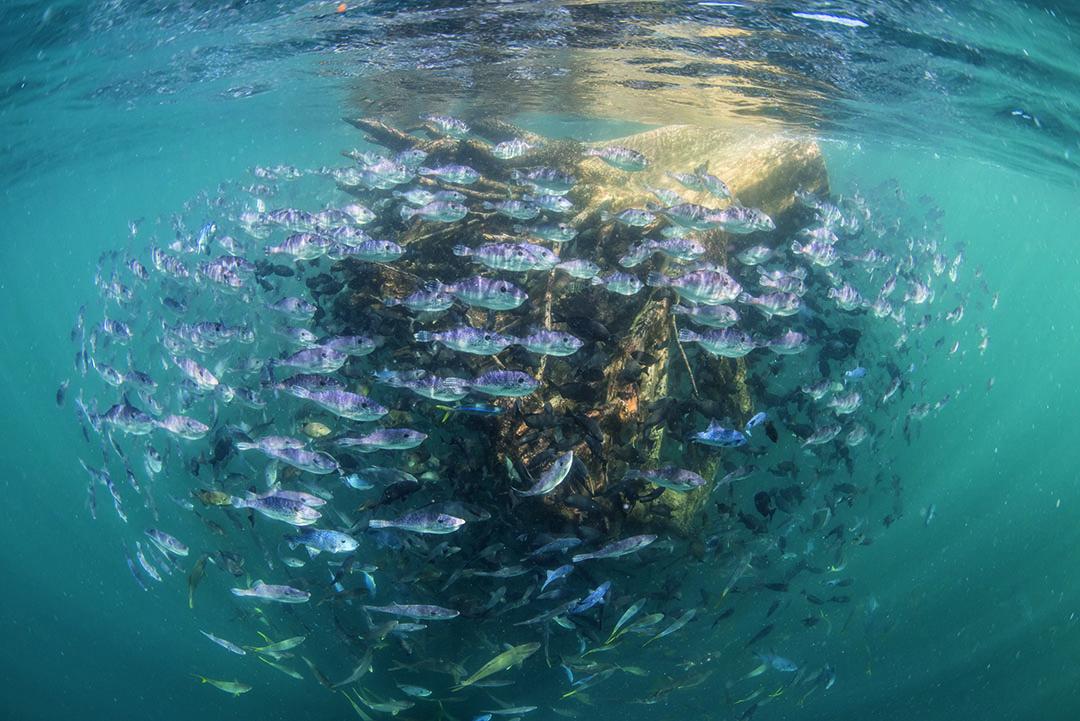 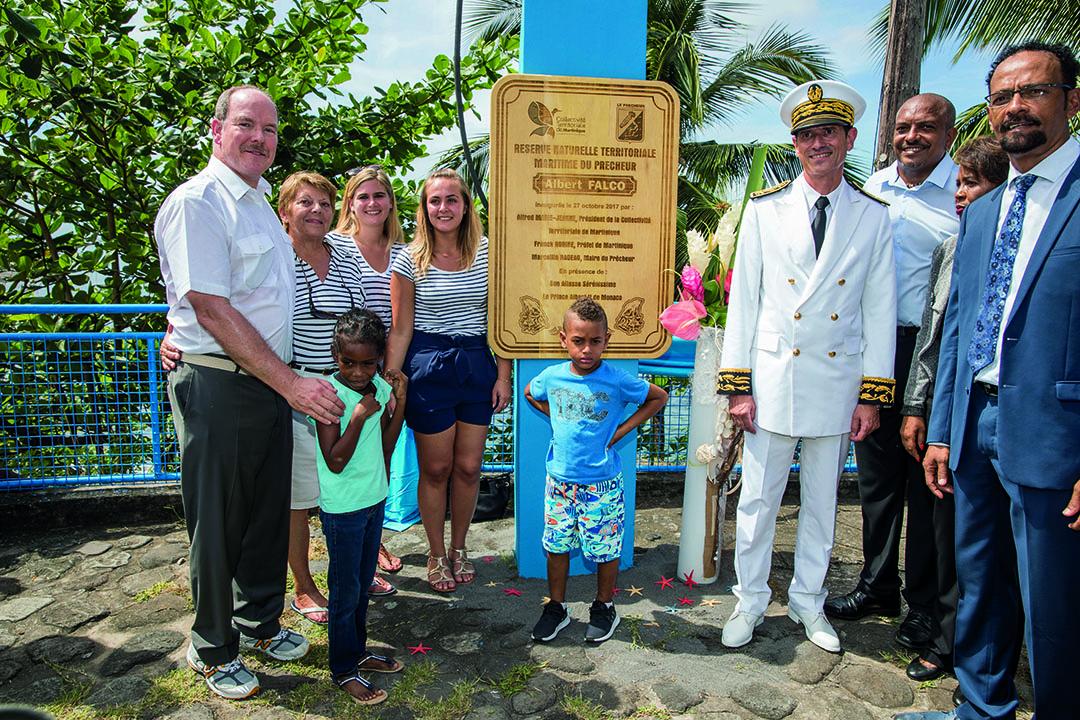 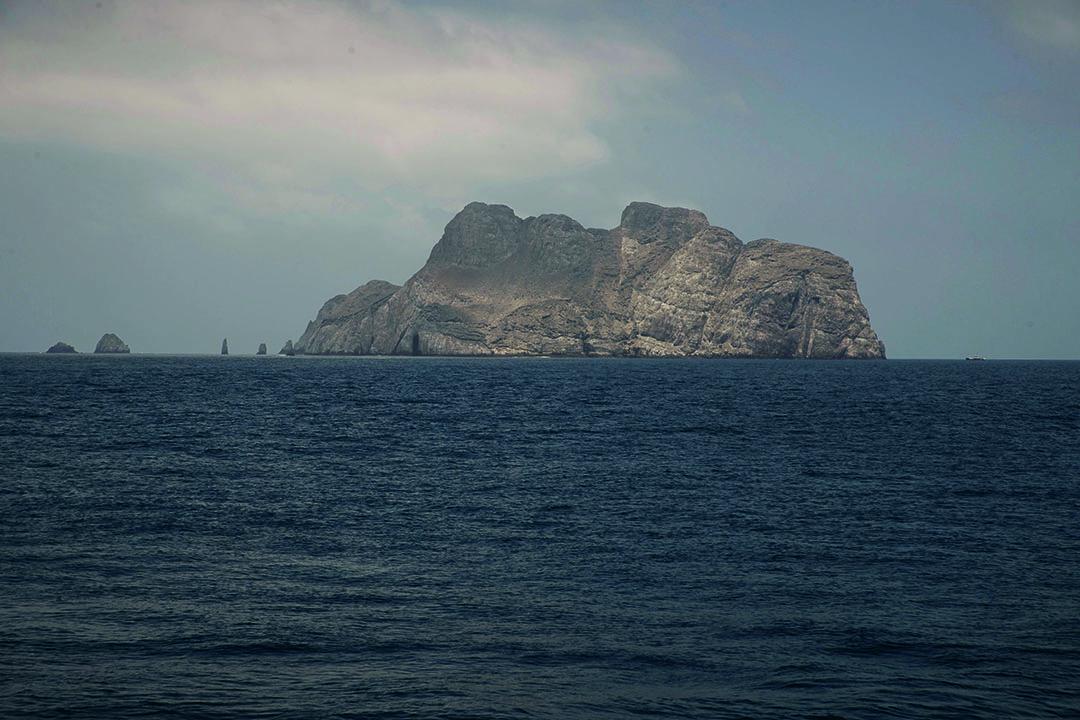 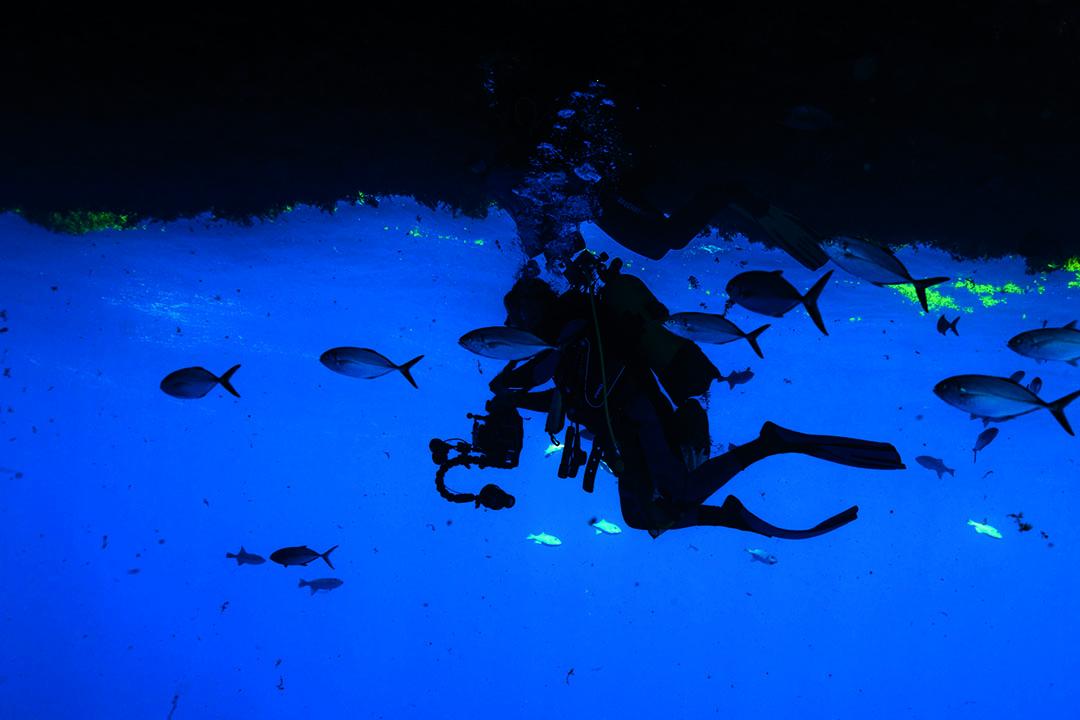 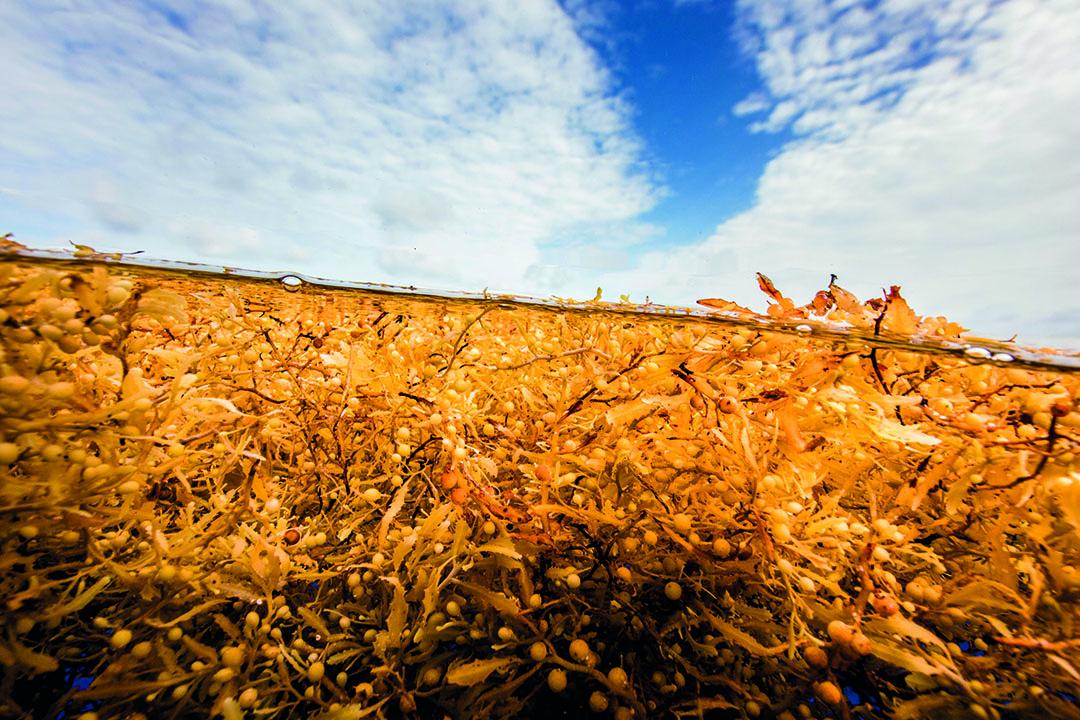 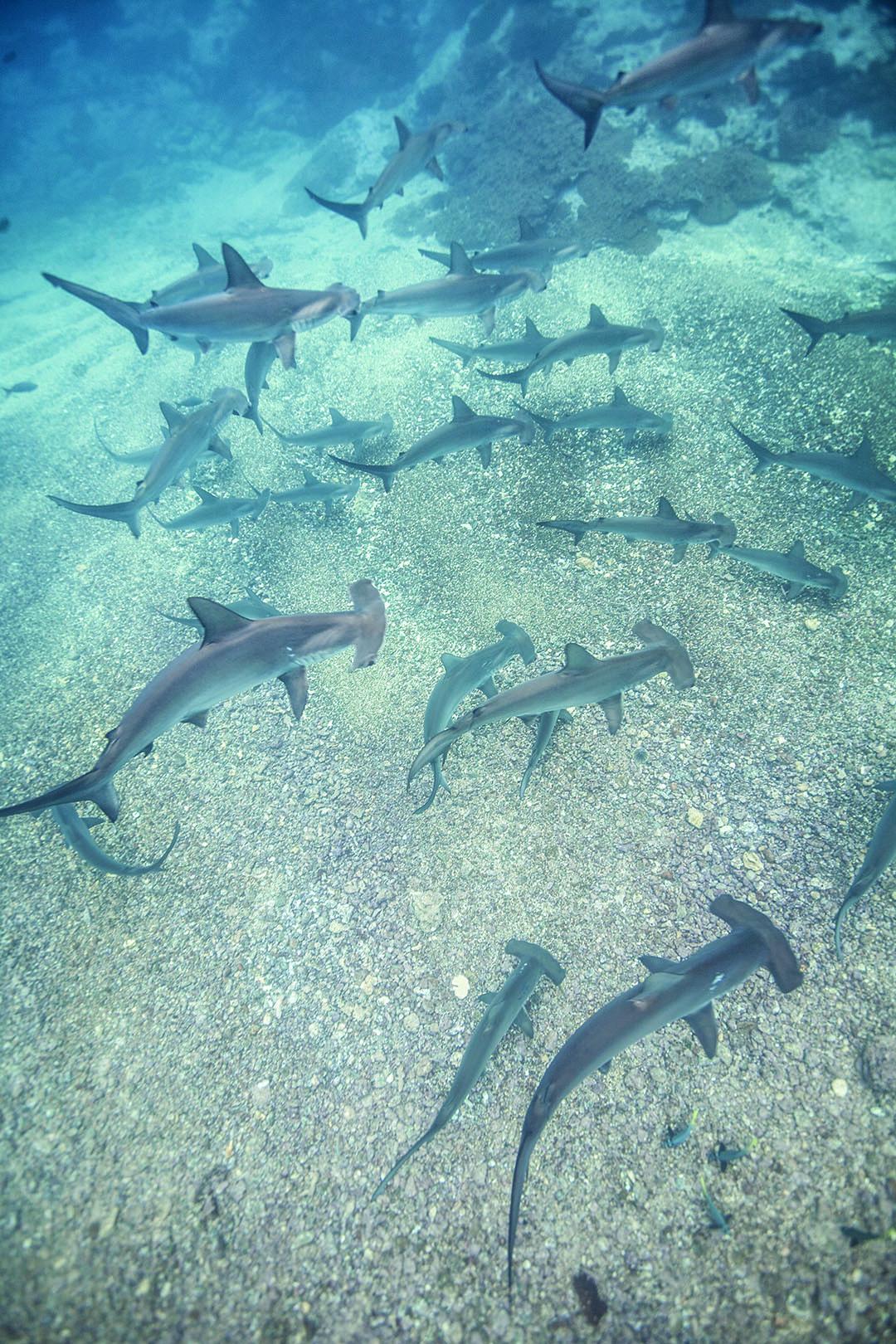 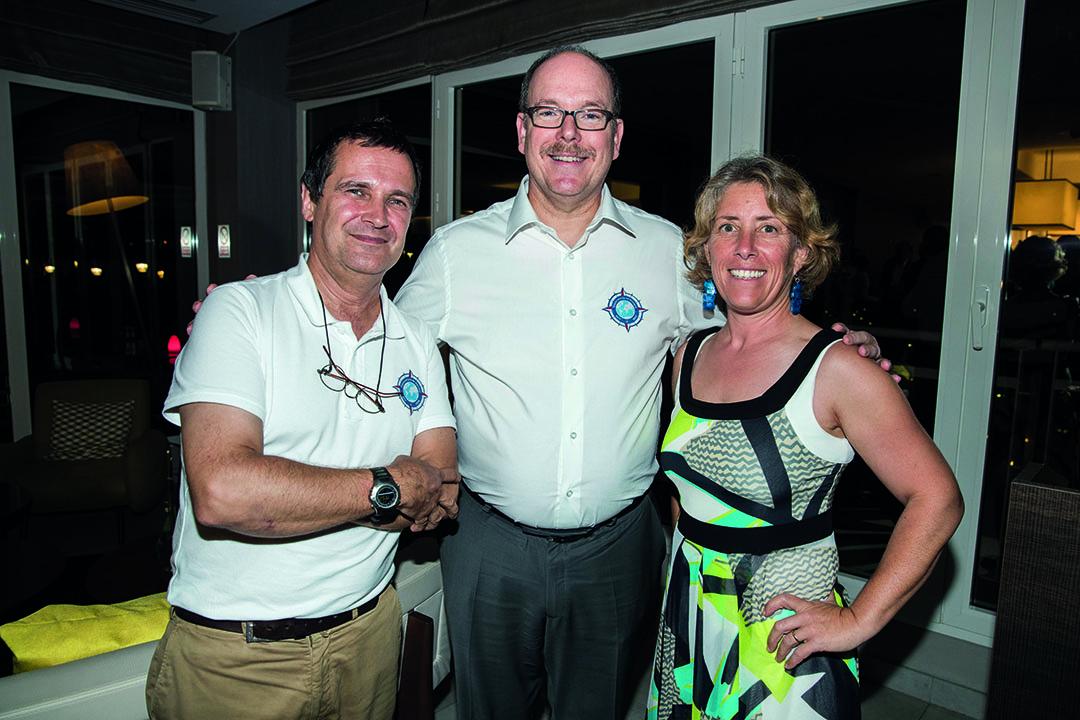 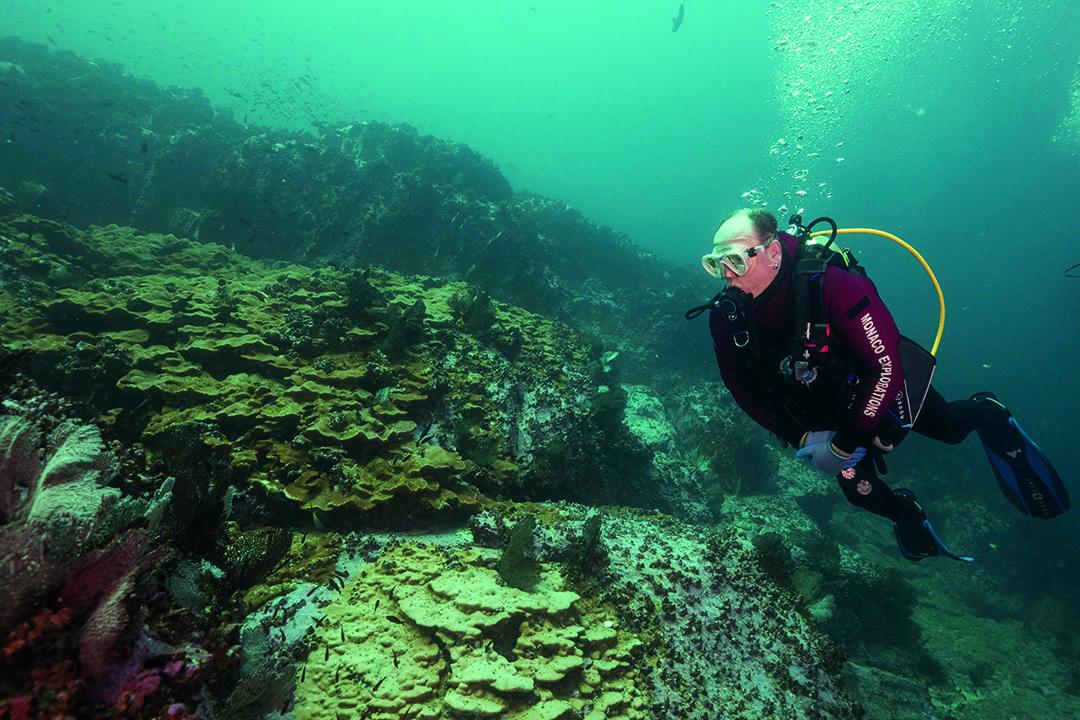 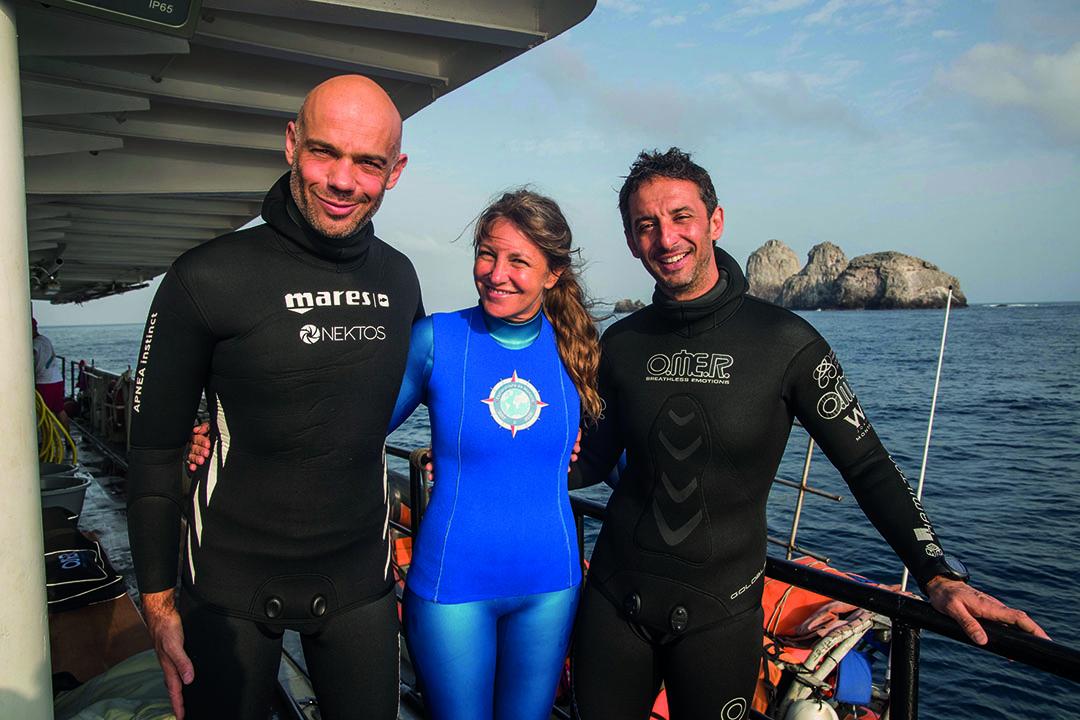 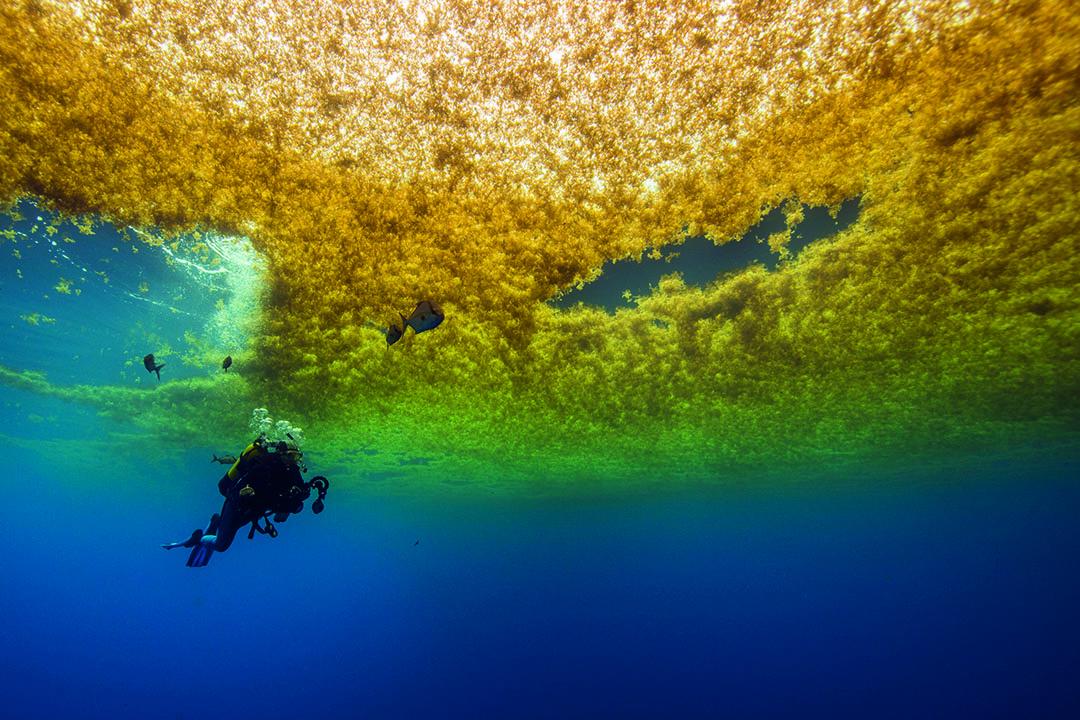 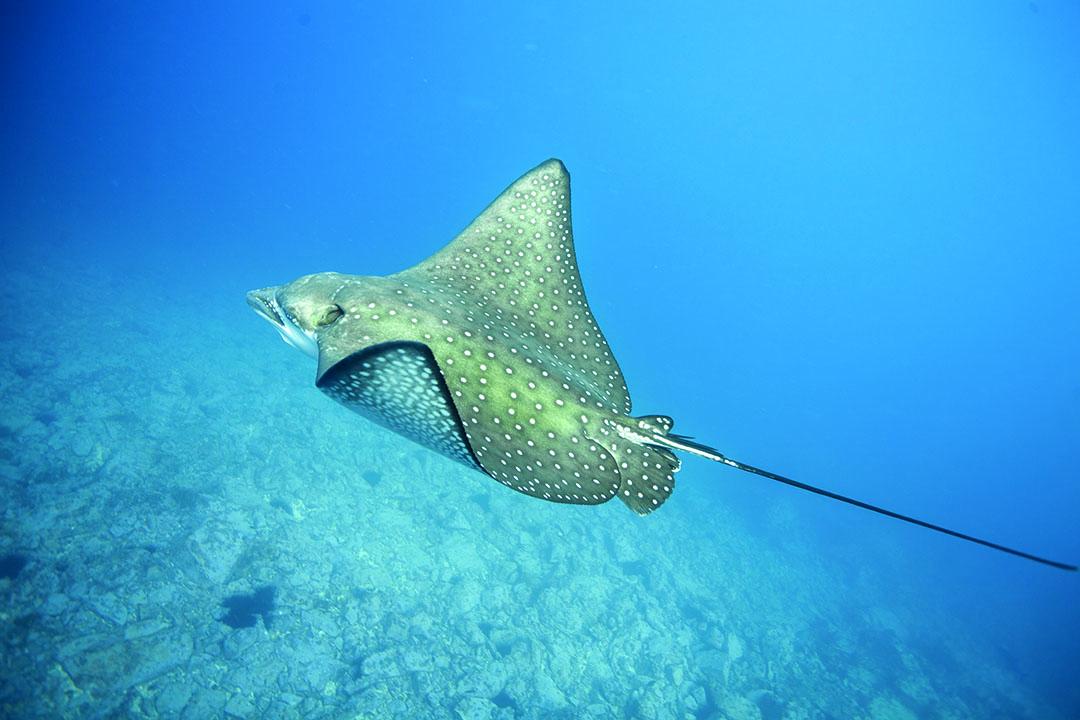 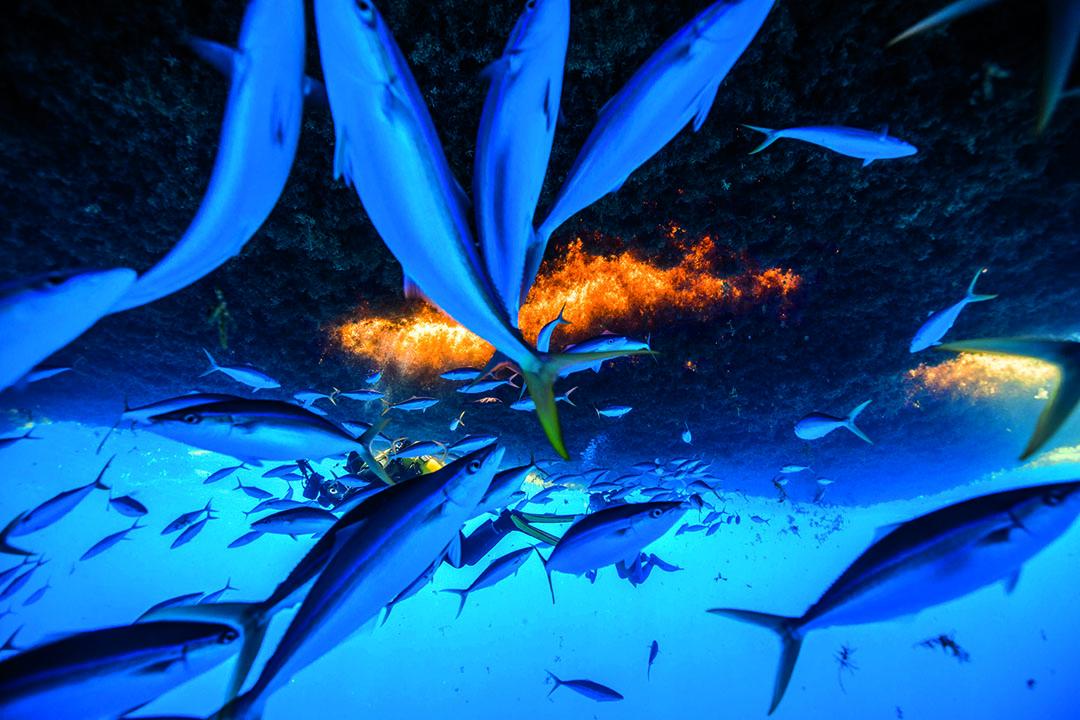