A lot new under the sun

Last February, the Yacht Club de Monaco welcomed nearly a hundred crews, divided into six class, for the 36th Primo Cup – Trophée Crédit Suisse. Less than two years before the J/70 world champion to be held in Monaco in October 2021, the club’s flagship set a record of participation, and this is promising for the future.

The Primo Cup – Trophée Crédit Suisse is one of those events that many sailors impatiently note each year on their calendar. The winter high mass of the one-designs, which also counts as the 4th act of the Monaco Sportsboats Winter Series (see our article p 194), marks the beginning of the season and offers the promise of high-level races and innovations to discover. And this 36th edition lived up to its reputation and attracted 450 sailors from about 20 countries. “We have a total of 97 boats, with a record participation for the J/70 – whose championship will be held from October 18th – 23rd 2021 in Monaco – with 61 boats. We really have a very interesting line-up, with two American boats but also a Spanish one, which is not frequent. There are always a lot of competitors from Northern Europe: Switzerland, Germany, Sweden, Denmark, England… It is a really nice edition, we’re quite happy”, Fanny Brouchoud, project manager for the event at the Yacht Club de Monaco, explained. Alongside the J/70, there were also two other major classes for the club: the Smeralda 888 and its Monegasque fleet, and the Melges20, mainly composed of Russian and Monegasque teams. The long-term attendees Longtze Premier were also present.

And like every year, the YCM has been at the forefront of new series and opened up to new boats in development: the L30 and the Onefly. “The L30 is an interesting new 30-foot with two steering wheels. Designed like a big boat, she is easily transportable on the road, but also easy to mast, get in and out of the water. It is designed for two competitive formats: with a 5/6 crewmembers like for the Primo Cup or double-handed offshore races, since it is in the running to be the boat for the Paris Olympic 2024 in mixed offshore double-handed”, Fanny Brouchoud highlighted. With a layout designed for racing, but also for “day sailing, family and offshore”, as her architect, Ukrainian Olympic medallist Rodion Luka, explained, this series has been rapidly growing since its creation last year. Koreans, Japanese, Ukrainians, Spaniards… There were eight of them on the Monegasque quays. “People are starting to train for the Olympic Games now. The French and the Koreans teams have bought two boats. It has become very professional,” says Rasmus Topsch, the class president.
Also new was the Onefly, a new small series in development. “It’s a foil dinghy which, at around 8 knots of speed, starts to take off from the water and accelerate. Its speed record is 28 knots” explains the YCM coach Thomas Champion, in charge of the Onefly for the event. That weekend, ten of them put on a show, alternating demonstrations, speed runs and regattas off the Port Hercule. And it aroused the curiosity of the sailors and the staff. “This boat is as light as a dragonfly. It brings together all generations, as it appeals to both young and experienced sailors,” confirmed Thierry Leret, the YCM race director and PRO of the event. Among them, Christopher Pratt, who has several participations in the Transat Jacques-Vabre and the Solitaire du Figaro, who attended this event and Nicolas Berenger “who finished second after eight races. He is a professional racer who has won several Primo Cup, on different boats, notably on Longtze boats and who now sails on Onefly”.

On the competition side too, this 36th edition once again kept its promises, with the added bonus of blazing sun and abnormally mild temperatures. “We had very nice conditions, especially on the first day. We sailed with 15 knots of wind (force of 3-4)” Thierry Leret said. “The next day had lighter easterly winds of 5/8 knots”. And despite the lack of wind on Sunday, the sailors completed four good races on this difficult water body. “It’s the first time I’m sailing in Monaco, and I figured that out. It’s a very technical place, very demanding, with a lot of wind shifts. Because of the bay, there are all sorts of distorsions coming from the coast line. You really need to know the spot”, Rasmus Topsch said. To become familiar with the specifics of the Monegasque water body in view of the world championship is what beckons a lot of J/70 teams. And it bodes well for the future of the class. “We can see an increase in both quantity and quality in J/70. Last year’s winners are not this year’s winners. The Russian Mikhail Sheremetev on Elf dominated the competition and was always well-positioned (three 2nd places and a 6th)”, Thierry Leret confirmed before adding: “The conditions weren’t easy, be ahead of 65 boats on a regular basis wasn’t not always simple. Some teams, including club members, won races, but couldn’t always keep pace. It was very competitive, it was never the same winner. Even the Russian winner didn’t win a single race, which means that it was a tough fight”. For the race director, the Monegasque Giangiacomo Serena di Lapigio (G-Spottino) who finished 3rd was also a great satisfaction. “He usually races in other series. He began sailing on J/70, probably for the world championship, and he keeps progressing from one act to the next. It’s promising”, Thierry Leret said. With less than two years to go before this great event, competitors are already in the front line, starting with YCM members keen to perform at home such as Ludovico Fassitelli, Tristan Le Brun or Loïc Pompée. “Our goal now is the world championship in Monaco, as well as the European one in Hyères a few months before. We’re trying to make progress over the months and years. There is a very good level in J/70, it’s an extremely competitive match. And it’s always the best who wins,” Loïc Pompée (Allo III) confirmed.

And this saying was also true for the other classes, where the battle was fierce. In Melges20, Valentin Zavadnikov (Oleg Reps) won on the second day of racing after a great comeback against the Russian rivals who had dominated the first two races. He was joined on the podium by another club member, Anatoly Karachinsky’s Path (3rd). In the Monegasque fleet Smeralda 888, this Primo 2020 had an air of revenge. Timofey Sukhotin, the 2018 title holder who finished third last year, won the first competition of the year for the class and took the provisional lead of its championship from Francesco Vauban (Botta Dritta) and Paolo Rotelli (Black Star). Charles de Bourbon des Deux Siciles, the 2019 title holder and class president, finished 4th. As for the Longtze Premier, the favourite Swiss team on Shensu lived up to its reputation and flew solo by winning 3 rounds. Also noteworthy was the beautiful third place of the club member Denis Lankin on a L30, who will have the opportunity to continue to practice on his boat since the class decided to extend its stay in the Principality to attend the last act of the Sportsboat Winter Series (March 5 – 8th 2020) alongside the J/70, Melges 20 and the Dragon. It should also be noted that next year the Primo Cup will take place in March. And will now count as the 5th and last act of the Winter Series. “February is very early for some Nordic countries, and in particular for the Swiss. This year, we have “champagne” conditions. It’s nice and not too cold, but we also had editions with snow, where the competitors were huddled together under heat lamp. By changing the date, we want to attract more people, in slightly milder conditions, with longer days that leaves more flexibility.” It’s also the perfect way to end the winter racing season and start a new one in the same way. 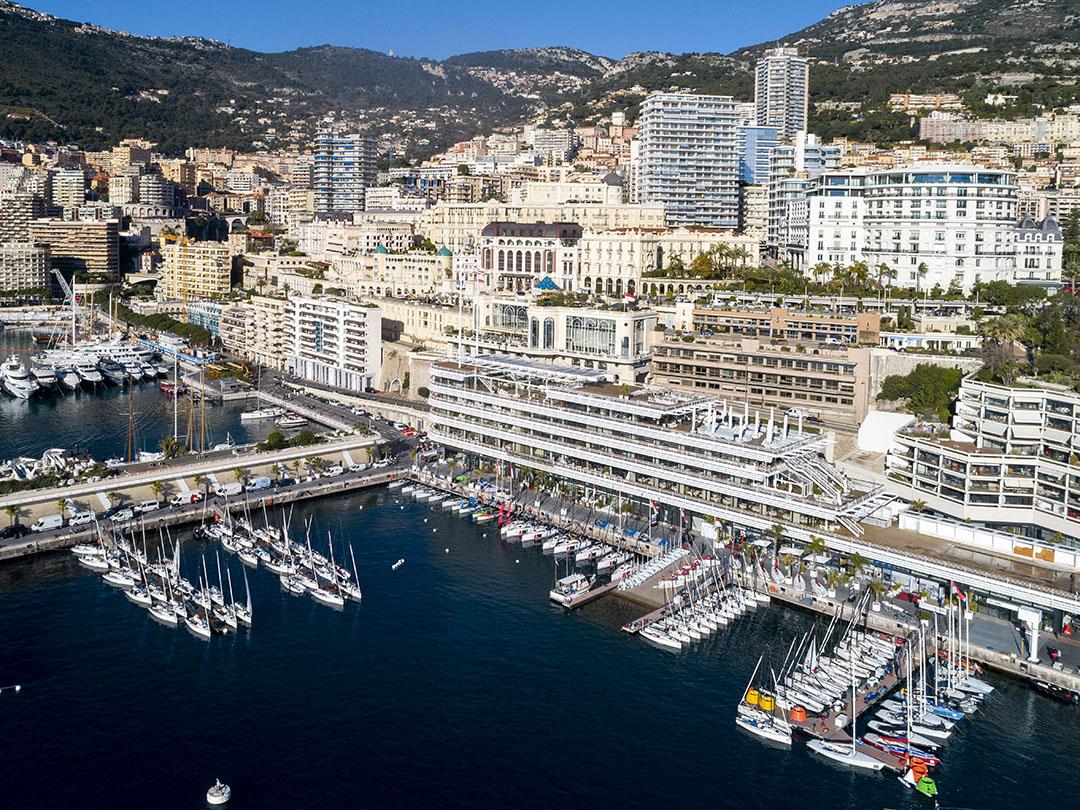 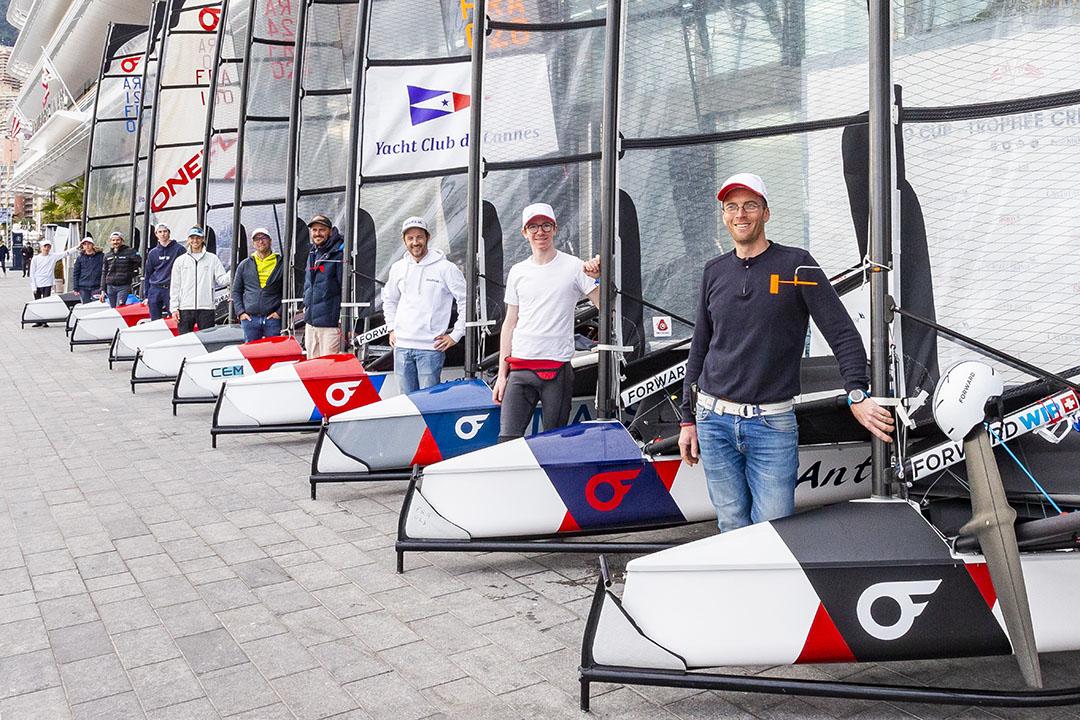 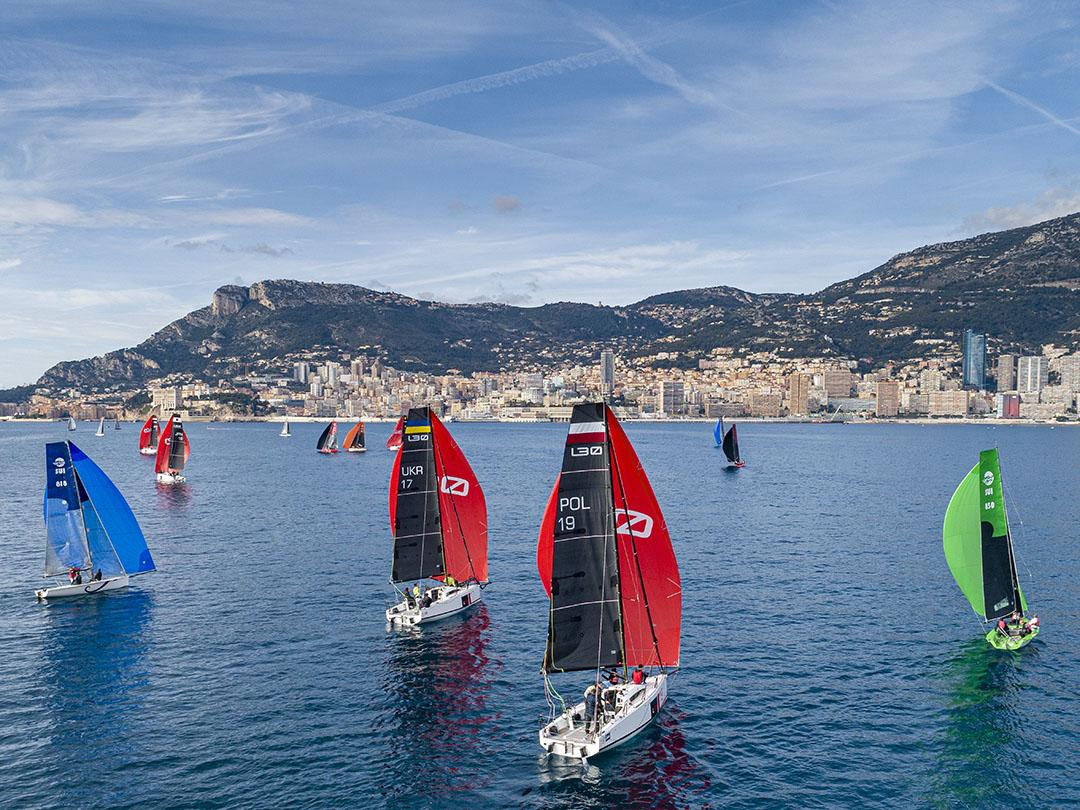 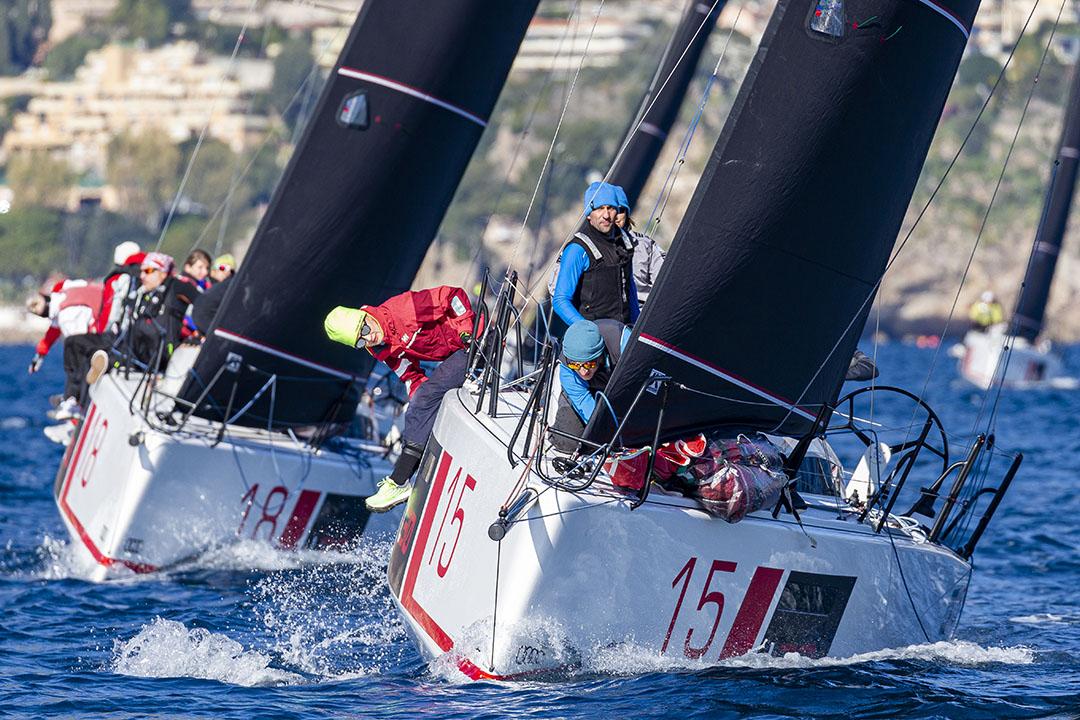 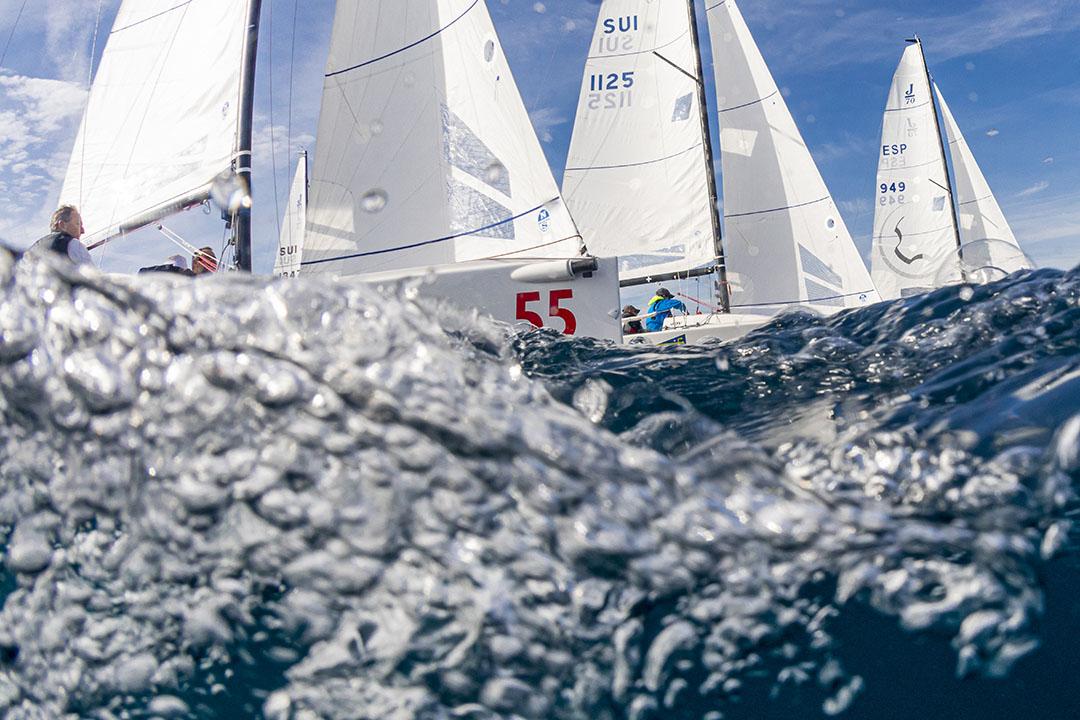 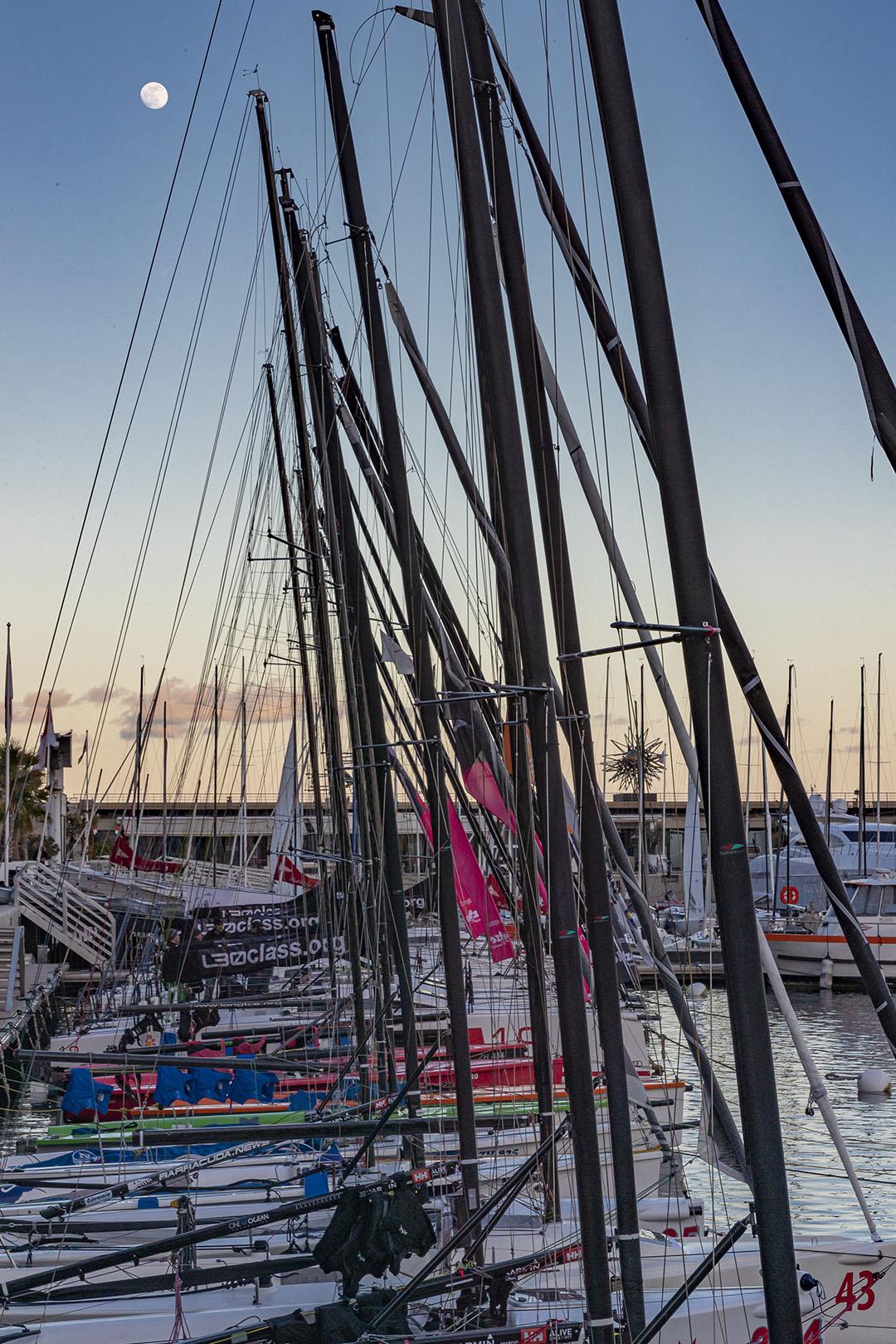 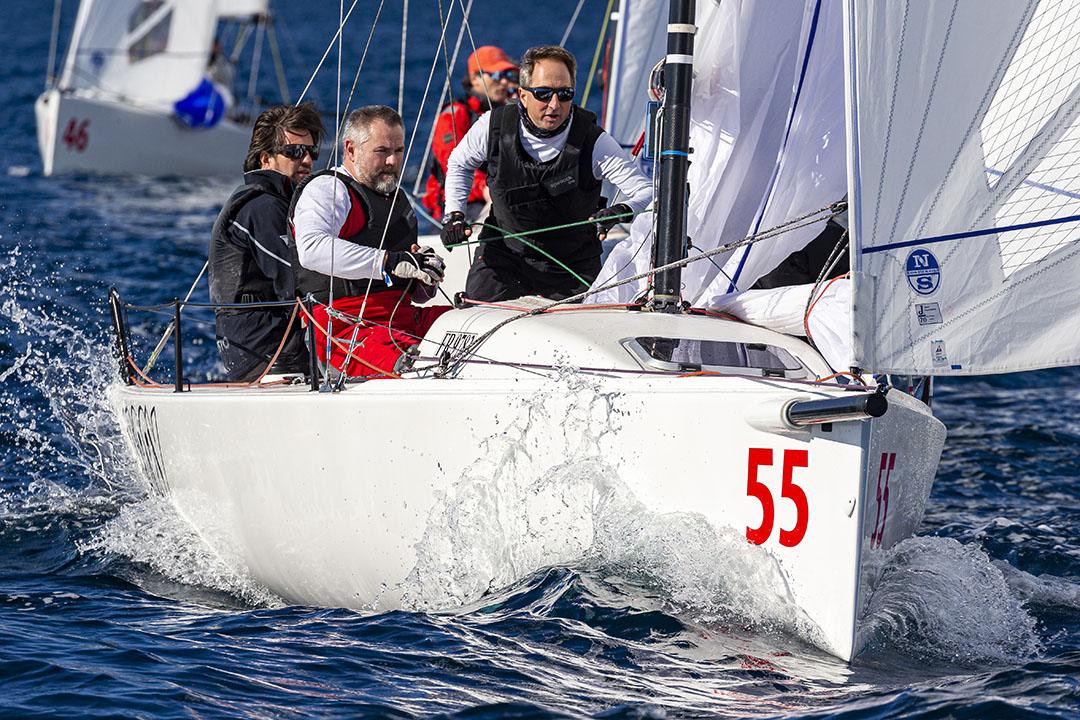 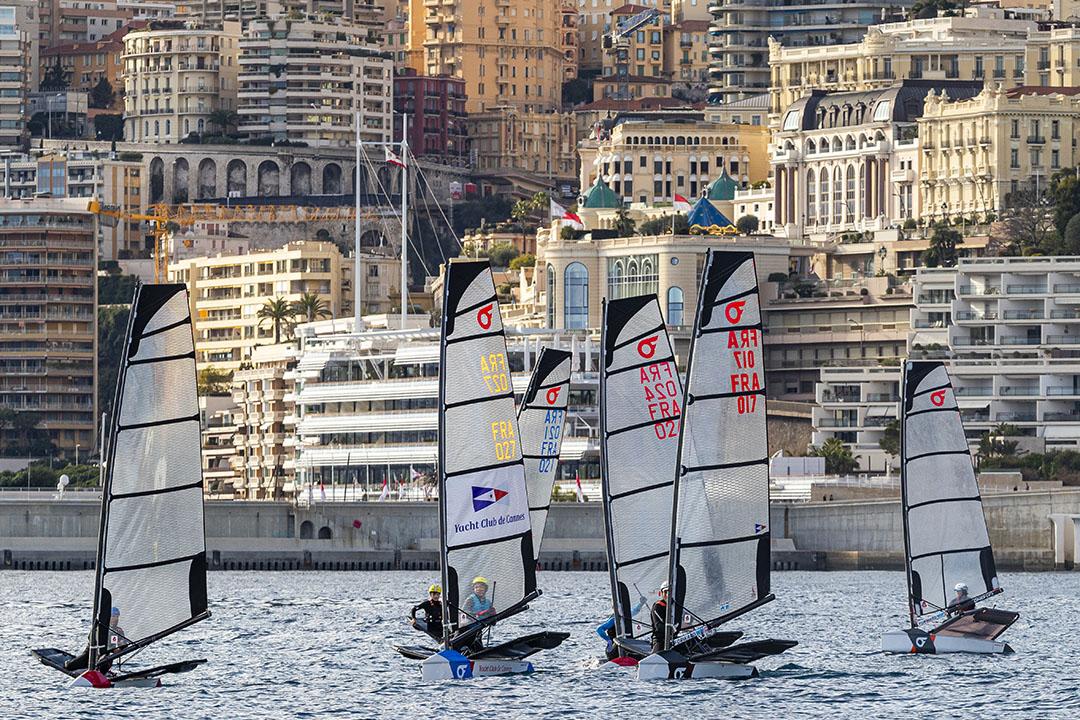 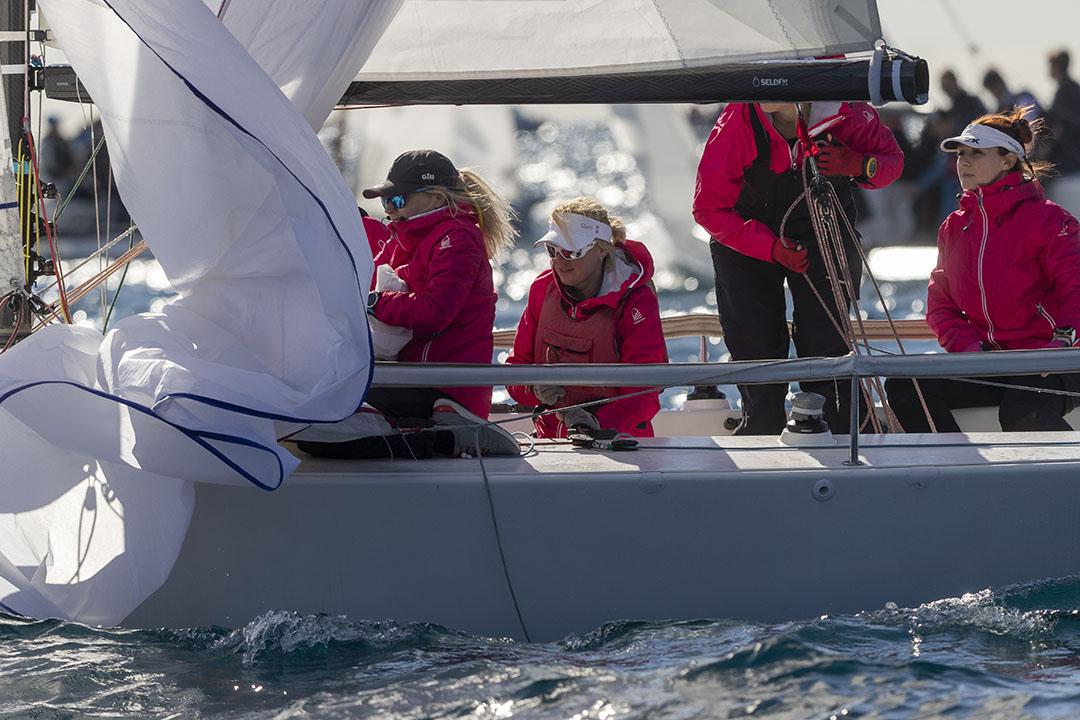