Under the test of the Mediterranean

For the third edition of its Water Bike Challenge, The Princess Charlene of Monaco Foundation saw two teams compete in a unique crossing between the Île de Beauté and the Principality. A 180 km charity adventure, far from being easy, completed in just under 23 hours and won by the Princess’ Team Serenity.

Reinventing oneself to aim even higher every time. This is the objective of The Princess Charlene of Monaco Foundation at every event. After having reached Monaco from Nice in 2017, then having completed a course off the Port Hercules the following year, the third edition of the Water Bike Challenge, which took place on September 12th and 13th, offered an even greater challenge: to reach the Principality from Corsica on these water bikes that can reach speeds of up to 13 km/hour. “Together with my brother Gareth, General Secretary of The Princess Charlene of Monaco Foundation, we wanted to give a new dimension to the water bike race by taking on a new sport challenge”, Princess Charlene explained. “The historical ties between the Île de Beauté and the Principality have always been very strong. Saint-Devota is our common patron saint. Calvi is a beautiful city, the beauty of the landscapes between sea and mountains that reminds me of Monaco, enchants me. The idea of crossing the Mediterranean was a natural choice, especially as the distance of 180 km between the start and the finish is optimal for a 24-hour crossing”.

An ambitious and unprecedented challenge

With ”The Crossing: Calvi – Monaco Water Bike Challenge”, the challenge of the Princess Charlene of Monaco Foundation has certainly taken on another dimension. Not only because of its newness, but also because of the distance and duration of this relay race. “A 180 km non-stop is not the same as the 17 or 20 km that we did in previous years. You had to take some rest time, to sleep, to eat, it wasn’t easy”, emphasized the Monegasque gymnast Kevin Crovetto (Team Notorious). Present on all three editions, this third adventure turned out for him to be “much more physically demanding, more technical and strategic. The other years, the format was quite short. So even if you ‘burned’ your legs, there wasn’t much time left. This year, considering that we did between 6 and 8 rounds each, it was very complicated to get burned in the first or second round.” It must also be said that this third edition features only four athletes per team, and not five like the previous ones. On the water were competing the Team ”Serenity” of Princess Charlene, the only woman of the event, accompanied by the Australian cyclist David Tanner, Brandon Green, and Mathew Bennett (world record holder of the fastest Atlantic crossing) and the Team ”Notorious” of Gareth Wittstock, Jérôme Fernandez (former French international handball player), Kevin Crovetto and the osteopath Guido Belinskis, who replaced Conor Mc Gregor at the last minute. Athletes who volunteered for this event, as Princess Charlene pointed out. “The athletes who wished to take up this sport challenge came forward to join me and my brother in this human adventure. Some are great athletes, others are less well-known, but their common feature is to have a mind of steel”.

Everybody thus had rendezvous in Calvi for this unprecedented adventure. For several weeks, Princess Charlene had set up her base camp there, and underwent rigorous sea training. “Going out on the sea on a water bike may seem easy, but beyond the physical condition, you also have to know how to deal with the natural elements (wind, swell, rain….)”, underlined the Sovereign’s wife, who took advantage of her presence in Corsica to monitor the organization of this competition, which required long months of hard work. “My Foundation, the local authorities, the volunteers and with the support of the population, all rallied together to organise this unprecedented race, and I would like to thank them warmly. Without their involvement over the months, none of this would have been possible”, Princess Charlene reminded. And, for the occasion, the Corsican city had put on a big spread to make this event, and the race start from the Quai d’honneur Marc-Linski, a moment of celebration and sharing, in front of a large crowd. Perfect to give courage to the brave racers for whom the crossing wasn’t going to be easy. Because if the storms of the previous days had given way to a blazing sun and a summer heat, the wind and the swell had invited themselves. In fact, the departure, initially planned for 2 p.m., was brought forward. And shortly before 1 p.m., Princess Charlene and her brother Gareth Wittstock set off, under the eyes of the Sovereign, Princess Gabriella and Hereditary Prince Jacques, who made the crossing at their sides on the 33 metre Custom Line ”Best Off”. “We didn’t want to leave too late so that each team could at least do a relay before nightfall and acclimatise. We didn’t have a precise knowledge of the competitors’ physical conditions, their level on the water bike and above all how they were going to behave at sea… Such an adventure had never been attempted, we had no idea how long it was going to take”, explained the race director and multiple world champion of sea rescue, Stéphanie Geyer-Barneix, who was already in charge of the two previous Water Bike Challenge.

To the last ounce of strength

Accompanied in their journey by several boats – one for each team, plus the command post ensuring the links between the competitors, the relay boats, the head of security and the medical assistance – the racers had a complicated first few hours. “In the beginning, we had some rough winds, and the swell was pretty big. Obviously we just had to push against. When we got to the mid of the sea, it started calming down, it worked in our favor. Each member had to do about 1h/1h30 and sleep afterwards to recover. Most of us did not sleep anyway. I’m one of them. I got sea sickness, which was one of my fear”, Gareth Wittstock said. Fortunately, as expected, the wind and swells calmed down in the evening, despite some bustles during the night. “When you go out to sea, you take the on-going conditions. The competitors really had to adapt to everything. They were remarkable, very concentrated,” said the very proud director. All the more so as pedalling at night, in the open sea, with no visibility, could easily become a challenge in itself. “You feel safe on the catamaran at night. But when you’re alone on the bike… At one point, I was about twenty metres from the boat, in the open sea, with no light apart from a lamp on the bike and my headlamp. You feel lonely and you tell yourself that there can be anything, anyone coming out of anywhere. It was quite impressive,” Kevin Crovetto confirmed. But if the athletes had a hard time, no one has ever flinched. “Even if the legs obviously count, the mind is the most important thing. At one point, we were almost 2 km behind, but we managed to take the lead and keep it. I think that the mental has played an important role in the second part of the race”, explained professional cyclist David Tanner, for whom this particular bike has nothing to do with the sport he has been doing since he was a kid. “The only similarity is that we pedal. Everything else is different… The water resistance is so different, and in fact, in the end, it all depends on the sea conditions. It’s nice when it’s flat, but it becomes difficult with big waves.”

If both teams stayed neck and neck for part of the race, the leadership changing 5/6 times, Team Serenity finally took the lead around 2 o’clock in the morning. And it kept it until the finish line that Princess Charlene, who took the last turn, crossed with her teammates at 11:31 am, under the enthusiastic applause of family and friends, who came in force to greet the competitors at the foot of the Yacht Club de Monaco. With her face and body bearing the marks of emotion, but above all of the intensity of this physical feat that lasted 22 hours and 33 minutes, Princess Charlene knelt on the ground, before falling into her husband’s arms and embracing her children. A moving reunion followed by new scenes of joy 14 minutes later when Gareth Wittstock and his Team Notorious arrived. It must be said that by taking up this challenge, everyone contributed to further highlighting the actions of the Princess Charlene Foundation, since beyond the sporting and human adventure, the aim of this Water Bike Challenge was to “continue to promote the actions of My Foundation. My aim is to raise awareness and remind people of the importance of drowning prevention in aquatic environments. The appeal for donations launched by My Foundation for the race was a great success and I am very happy (close to 603 912 euros as we are about to wrap up this magazine, editor’s note). I would like to emphasize that the preservation of our environment, be it on land or at sea, is also very close to my heart. I share this cause, which is dear to me, with my husband, Prince Albert II “, Princess Charlene stressed. Mission accomplished. 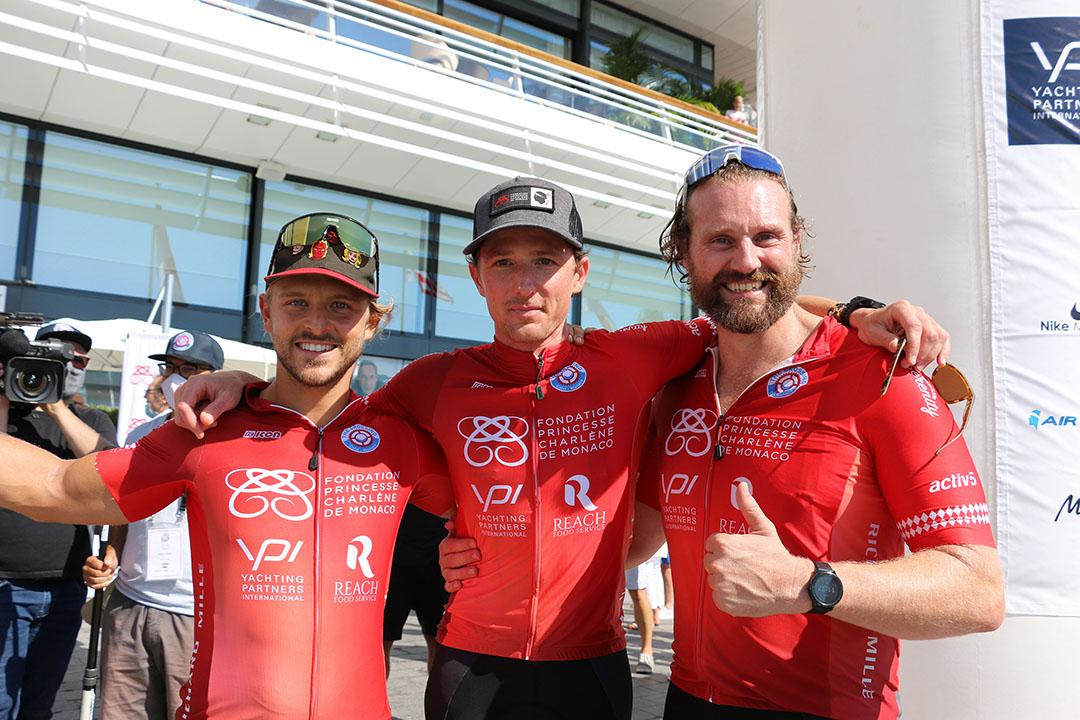 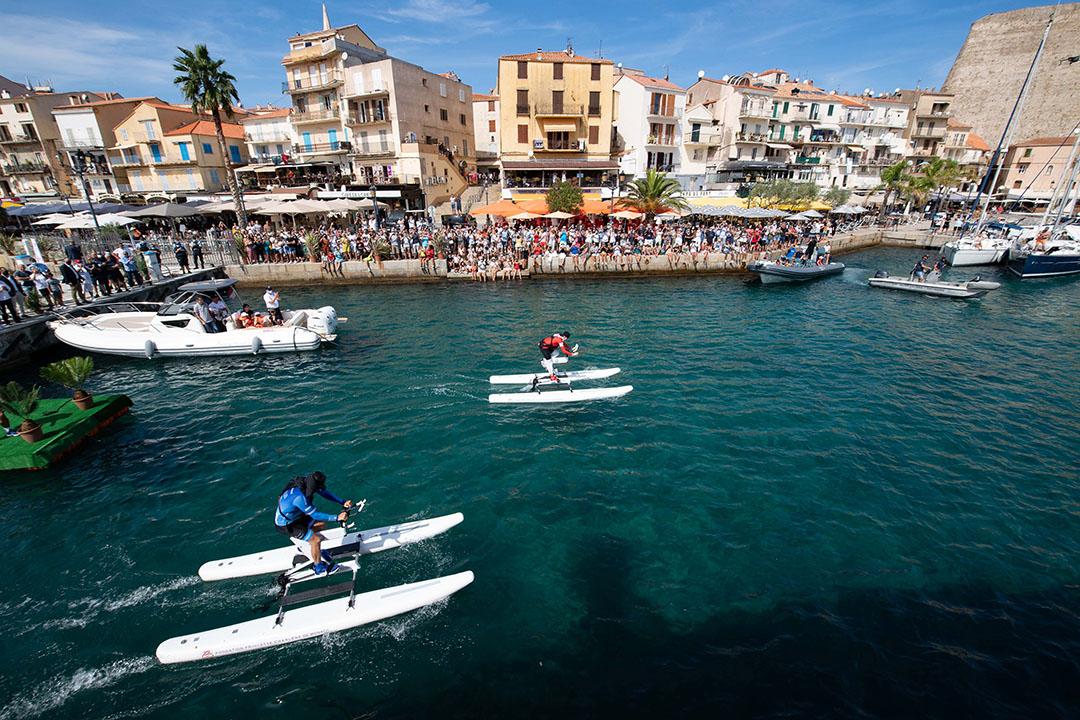 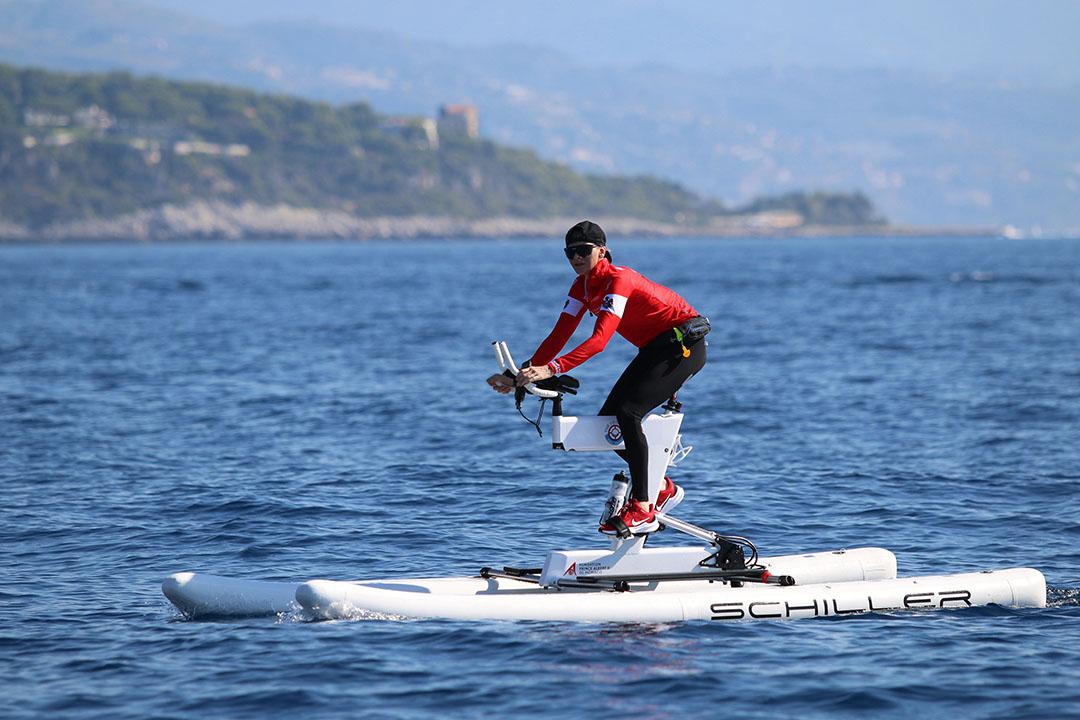 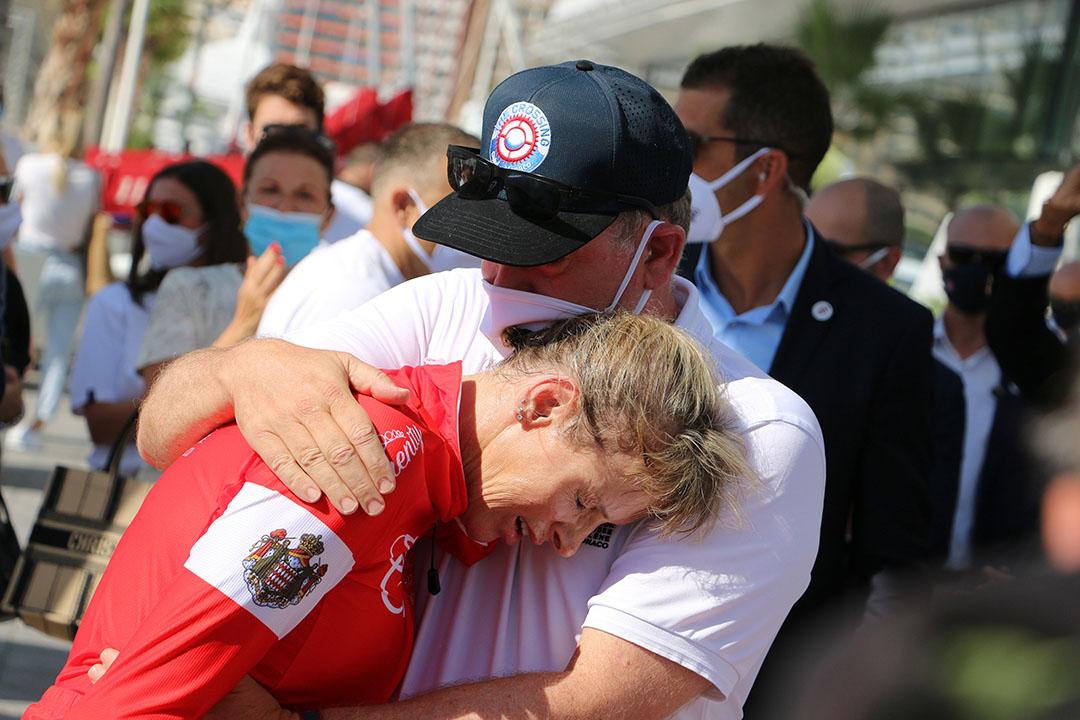 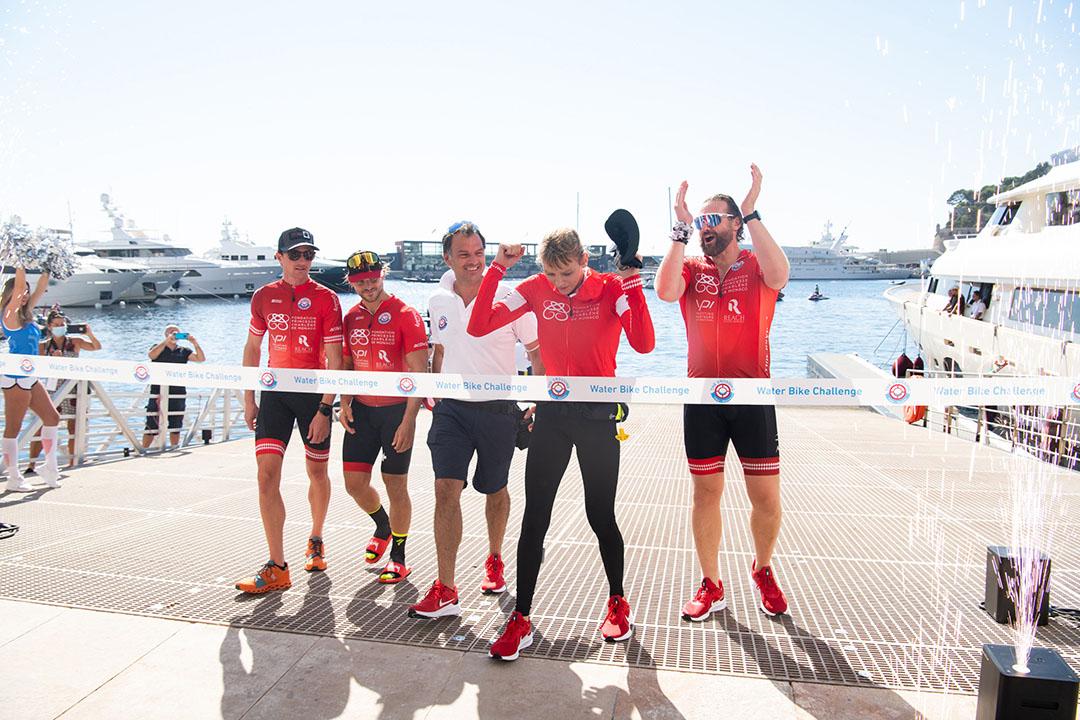 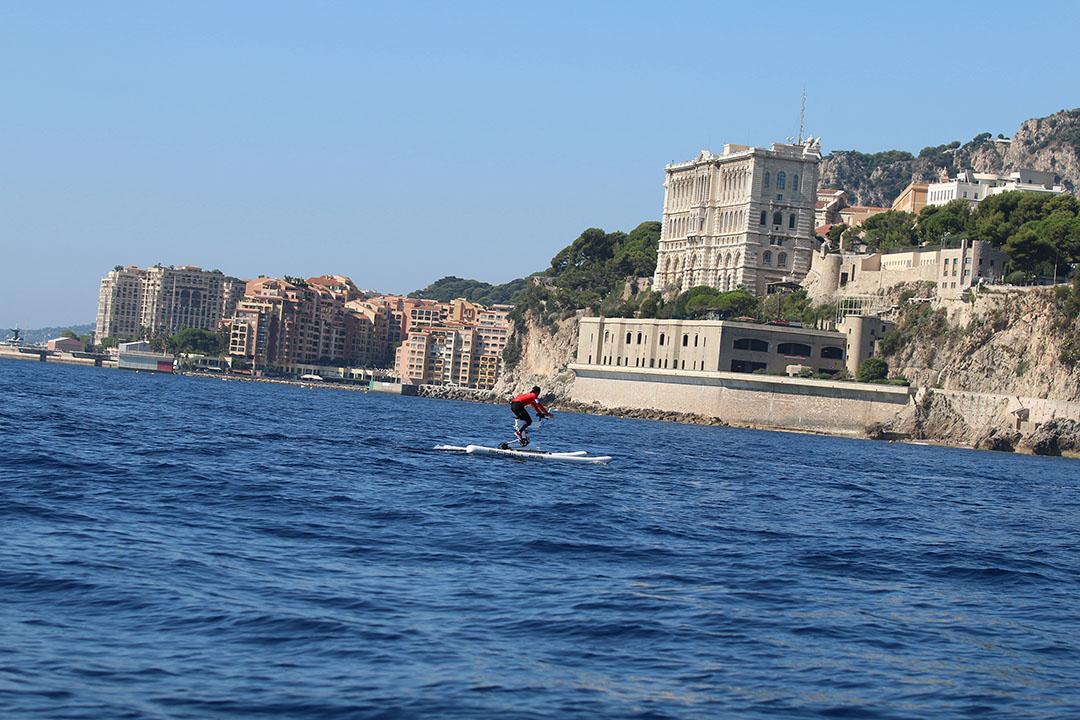 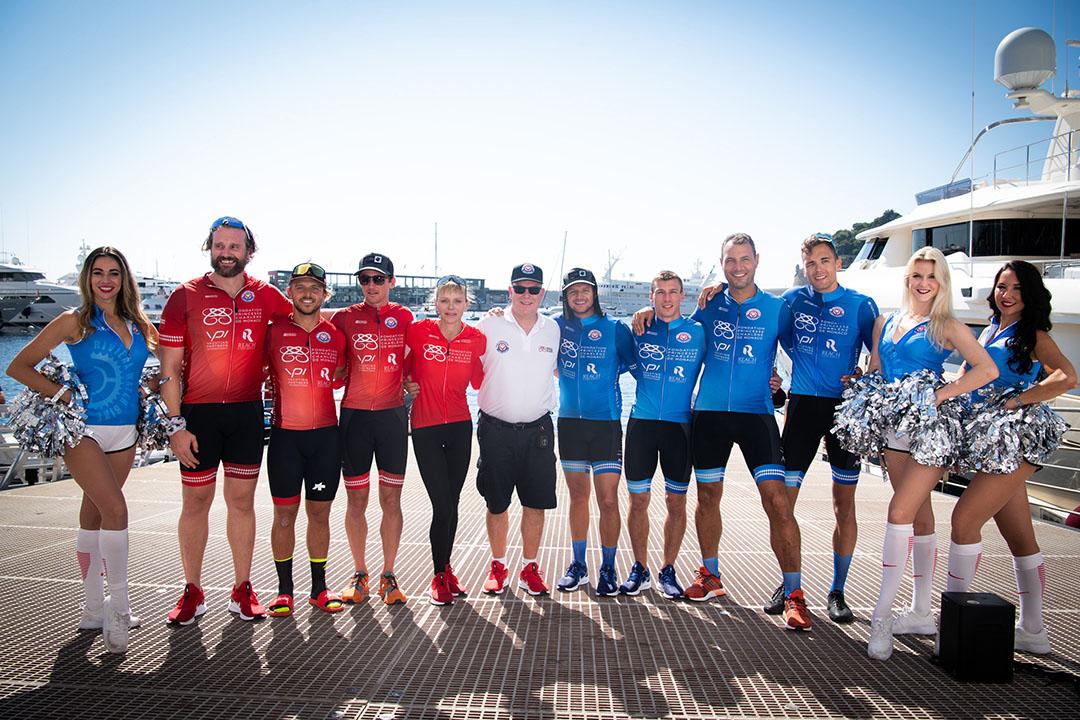 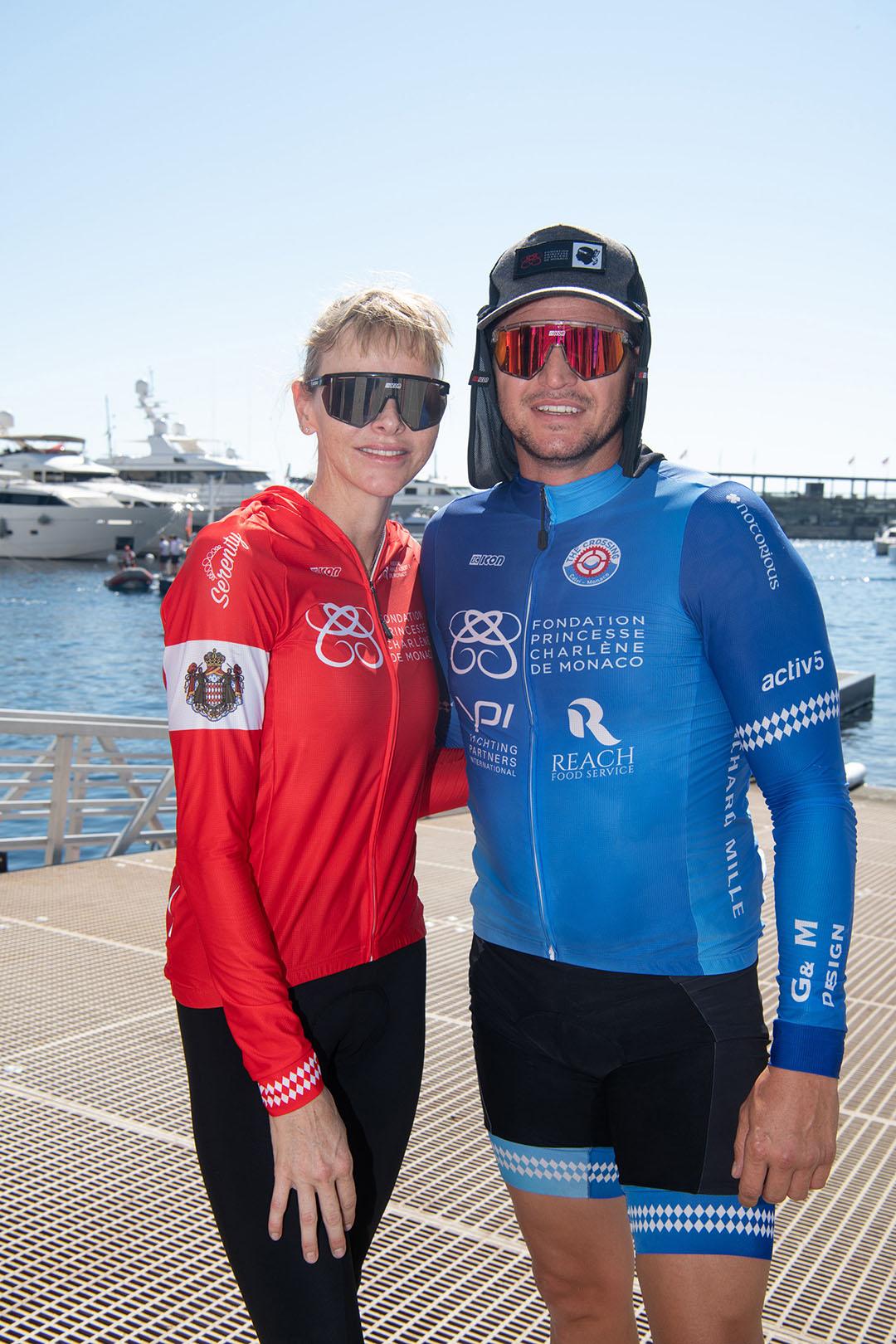 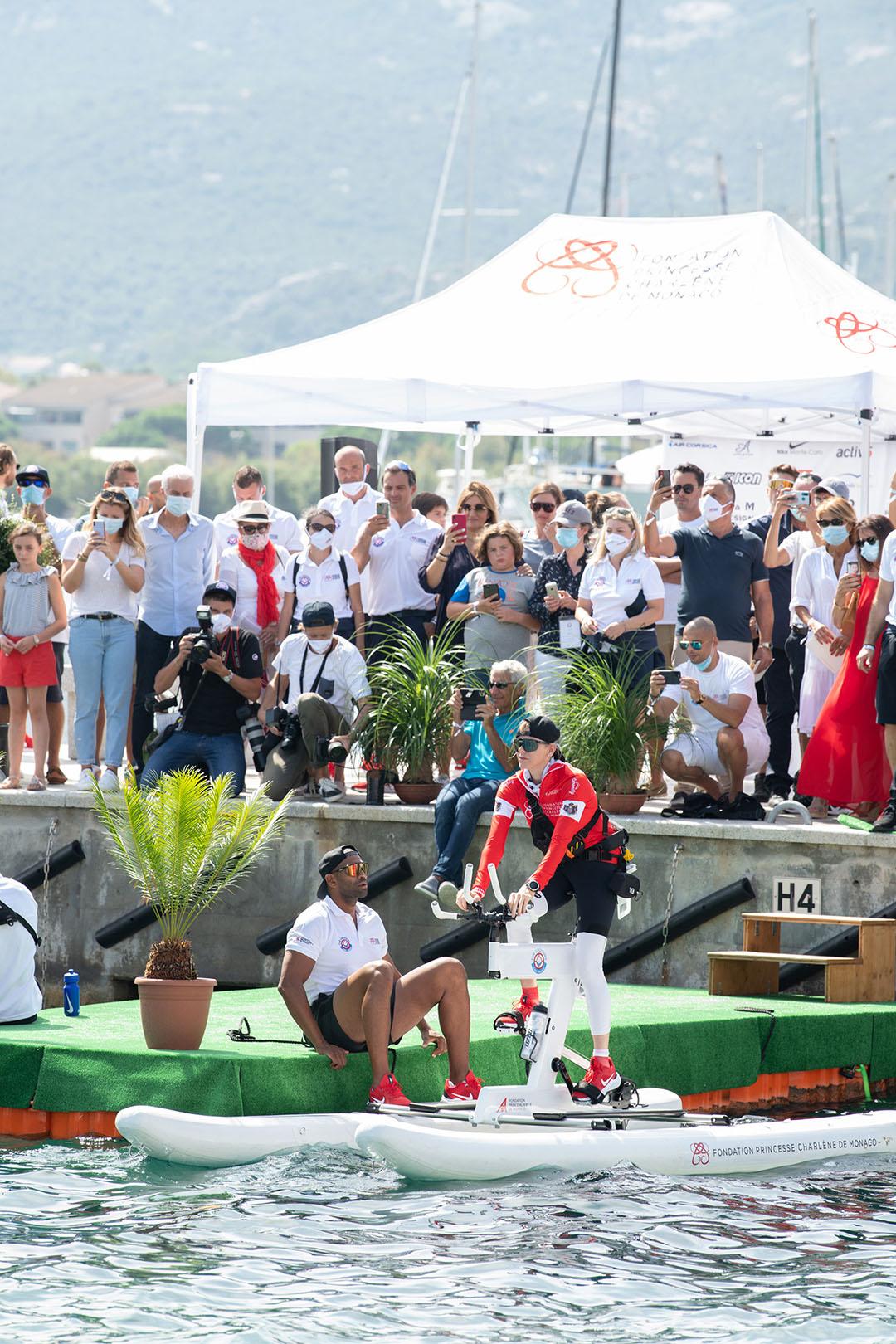