Of regattas and acts

Created in 2013, the Monaco Sportsboat Winter Series (MSWS), the monthly training regattas of the Yacht Club de Monaco for one-designs, has over the seasons become a championship in its own right. They now attract teams from all over the world, who set up their winter base in the Principality.

Last November, when winter sports aficionados had already their eyes on the first snows, other sliding sports enthusiasts – water ones this time – were back on the Monegasque water body for the first act of the 7th edition of the Monaco Sportsboat Winter Series. Since its creation, the winter programme of monthly training regattas for one-designs has never stopped growing. Each of its five acts gathers the discipline elite, and especially the Primo Cup – Trophée Crédit Suisse, its culminating event (see our article p.185). “We can say, without showing off, that this is the biggest regatta of its kind in one-design keelboat racing,” explained Fanny Brouchoud, the YCM project manager for the competition, instigated by the club member Valentin Zavadnikov. “He was looking for a winter training base for himself but also to bring his friends sailing in Melges 20”, Thierry Leret, the YCM race director, who was then in charge of the sports section, recalled. “At that time, we were organising two regattas a month in J/24, but only for members. Valentin Zavadnikov got the idea to create events open to racers from outside the club. The MSWS is a bit of a mix of both”.

The concept quickly took off. From around twenty boats on the first edition, the last season brought together fifty crews divided into Melges 20 and J/70. It has to be said that the YCM offers a “turnkey” package. “The logistical support is interesting. The sailors come in November for the first act and they can leave their boat here until the last one, in March. At the end of each championship, they are craned and then stored with their mast on a trailer on the other side of Port Hercules. Which makes the logistics a lot easier, because the crews can come by plane,” explains the project manager of this event, which mobilises around sixty people within the club (sports section, catering, flotte des commissaires…) With success. “Here, you get not only a good fleet but a beautiful weather and the YCM service is exceptional,” confirmed Charles Thompson, the British skipper of the J/70 Brutus, who has attended the event for the past five years. “People sometimes say us that we should go to Spain or Portugal where there is more wind. But it’s more complicated to get there. So yes, sometimes there is less wind here, but there is nothing better than racing in a fleet of 40/50 boats. In Great-Britain, we might be 8/10. You don’t get the same intensity, you don’t learn so much.”

Intensity is the key to success to prepare the upcoming season. As the winter sets in and the sea conditions becomes favourable to regattas, many are thus “migrating” to the Principality. On the quays, English, Russian, Brazilian and Finnish can be heard… The MSWS are also very popular among Nordic teams looking for a southern base. And in Monaco, quantity goes hand in hand with quality. The armada often includes big names in sailing, such as the Jean-Baptiste Bernaz, a loyal to the event, but also YCM members who regularly distinguish themselves on the international scene like Nico Poons, Loïc Pompée, Ludovico Fassitelli… “It’s actually weird to talk about training regattas. Given the style and level of the competitors, it’s a real winter championship”, Fanny Brouchoud said. Which is confirmed by last season’s winner Ludovico Fassitelli. “I call it the Monaco Winter Championship. It’s a real small European championship, because we have about 35/45 boats for the duration of the competitions. It’s exceptional”, the skipper of Junda – Banca del Sempione added.

The new generation in ambush

Fine-tuning their techniques, reflexes and gain experience are common features of all sailors at the beginning of the season. But for some of them, it makes even more sense. Every year, the club uses the MSWS to introduce the young sailors from its sports section to high-level regattas. Four teams competed in J/70 during the 2019-2020 season. Both athletes from the Monaco Sport Academy, who usually train on catamarans and Laser, experimenting another format and discover the world of top-level sailing, but also J/70 specialists. “For the past 4 years, the club has put together a specific crew for this class”, their coach Marco Stevenazzi explained. “This year, we have two boats. One is performing well, they finished 9th overall last year. The second boat is sailed by a rising new generation”. Among them, some are even participating in their first regatta. “I told them to have fun because not many people can compete against the world’s elite on their first competition. And, even if they’ll probably rank low, they’ll hang on and that’s how you learn. By watching the others, talking on pontoons, plus thanks to my analysis”, Marco Stevenazzi added. Since last year, the YCM has also launched a new major project: an all-female boat. “The idea is to put together a team capable of competing in the 2021 world championship. A couple of them are springing up and we’d like to remain among the forerunners in the development of women’s boats”. And the coach has great hopes for his female racers. “On board, there are young sailors and more experienced ones with already results in SB20 and world titles. On paper it’s a successful team. Now it’s all about creating a team spirit, and the training sessions make me very optimistic”.

An attractive programme for J/70

The 2021 world championship is on everyone’s lips. The Monegasque water body is expecting 180 boats and about 900 crew members, plus the technical staff and accompanying persons. A great showcase for the Principality, which has one of the most active and important fleet on the Mediterranean, with 20 boats as part of the J/70 Monaco Class Association. The YCM already feels this “world championship effect”. “More teams want to come and sail here during the MSWS to get to know the water body”, Fanny Brouchoud confirms. But in the meantime, the sailors will be able to sharpen their strategies on a brand-new championship: the J/70 Med Cup. “The organisation of these championships will definitely create a craze for the J/70 on the French Riviera, all the way to Marseille and even beyond. And the sailors need regattas to be able to sail”, explains Leonardo Magni, the general secretary of the J/70 Monaco Class Association, who initiated this event. Organised in collaboration with the Italian and French classes between October and June, the six-event circuit will take them from San Remo to Marseille, and in Monaco of course, as two of the five acts of the MSWS will count for this brand new championship. Something to always remain ahead of the game. 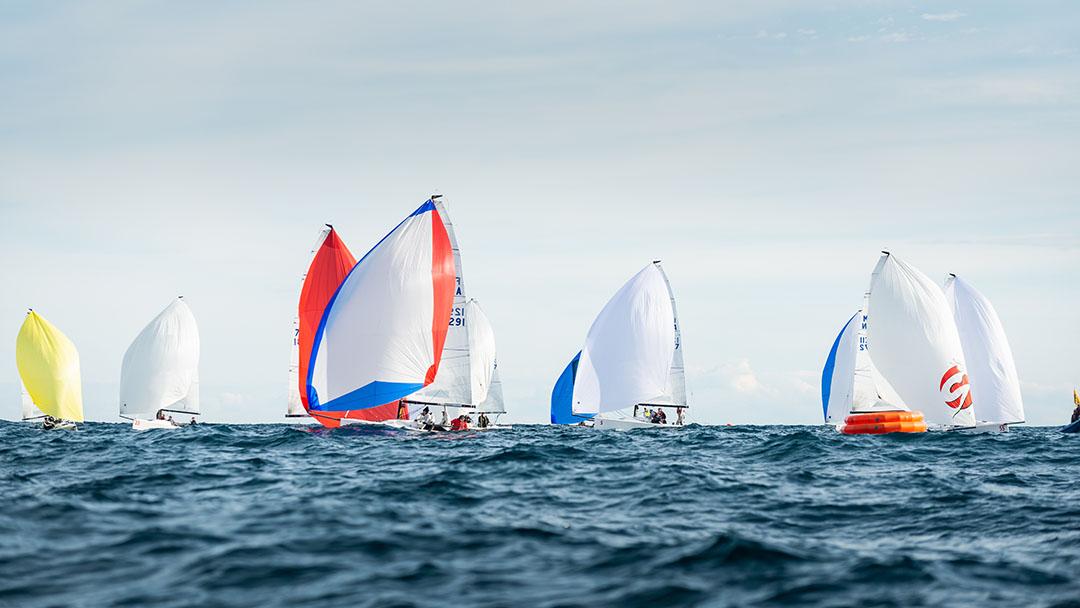 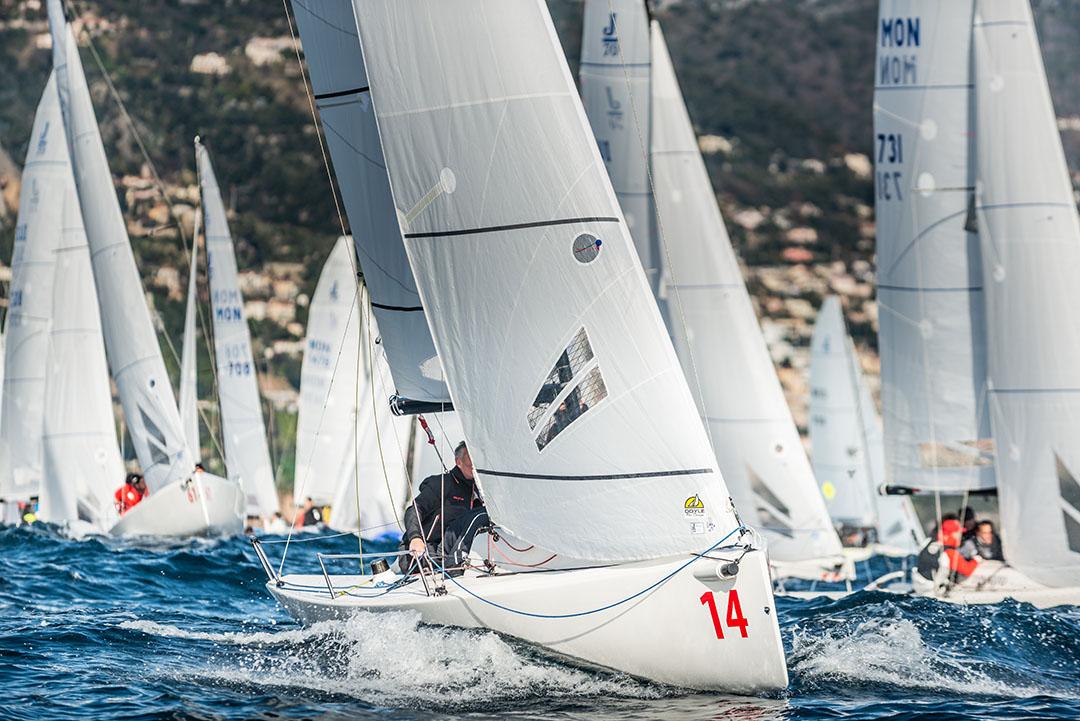 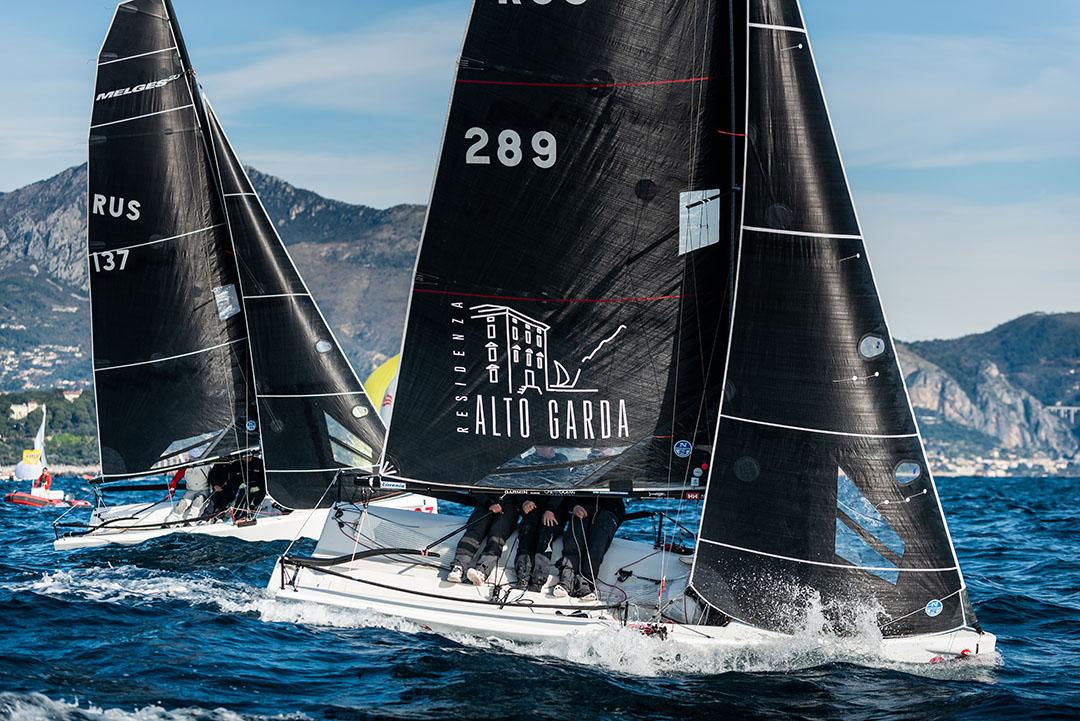 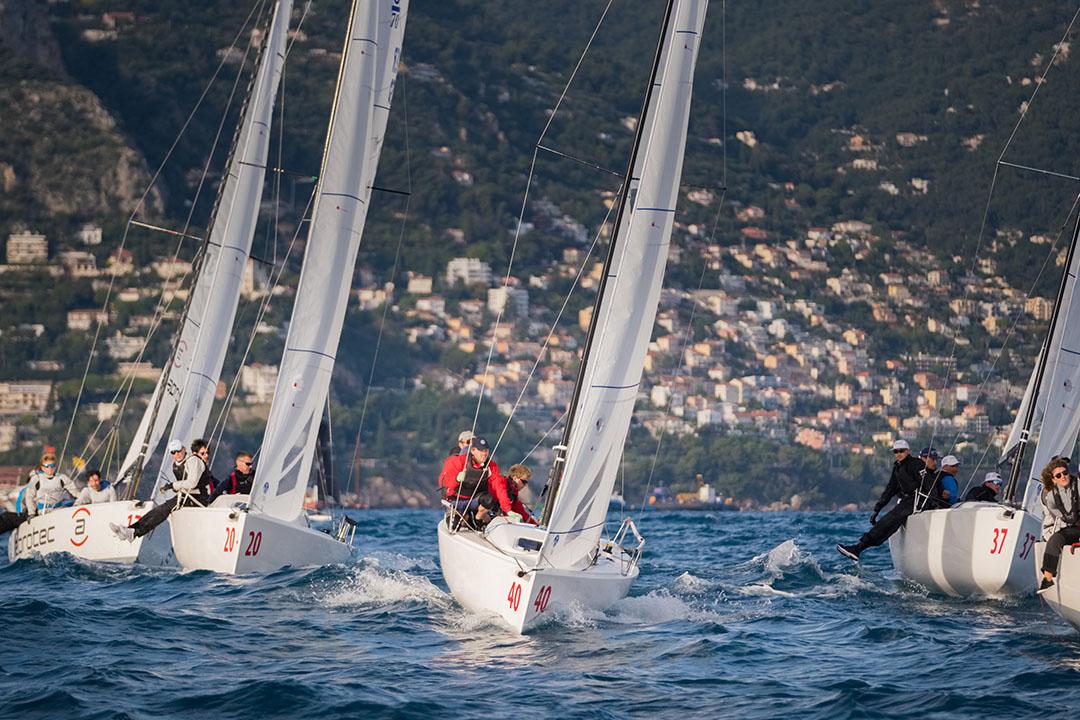 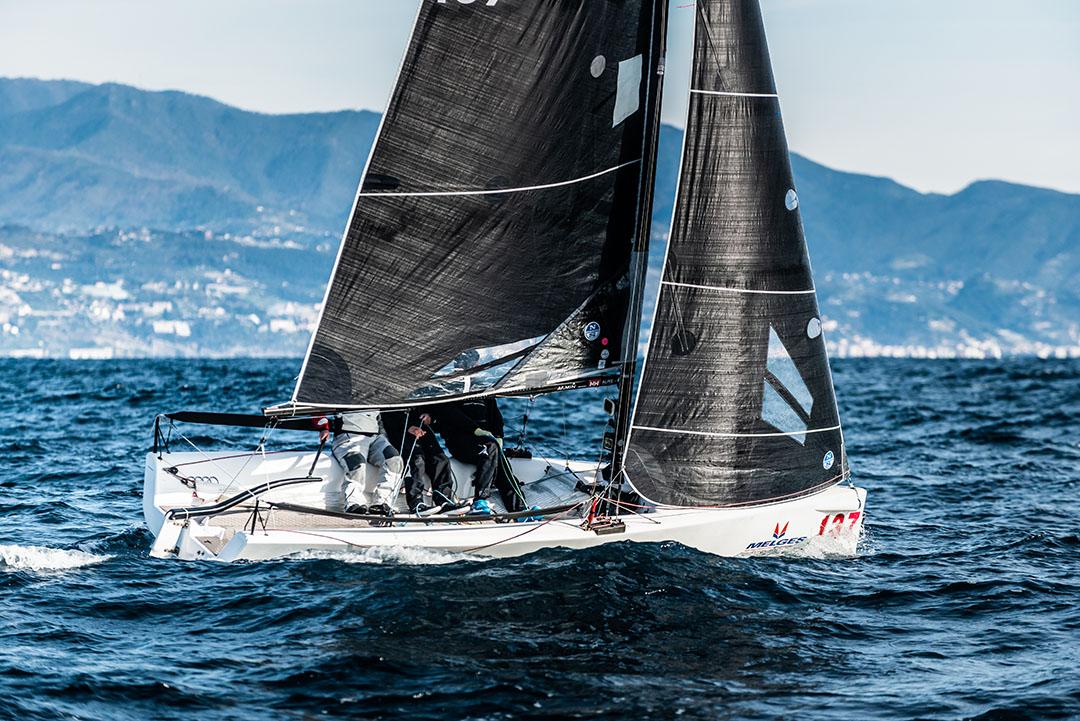 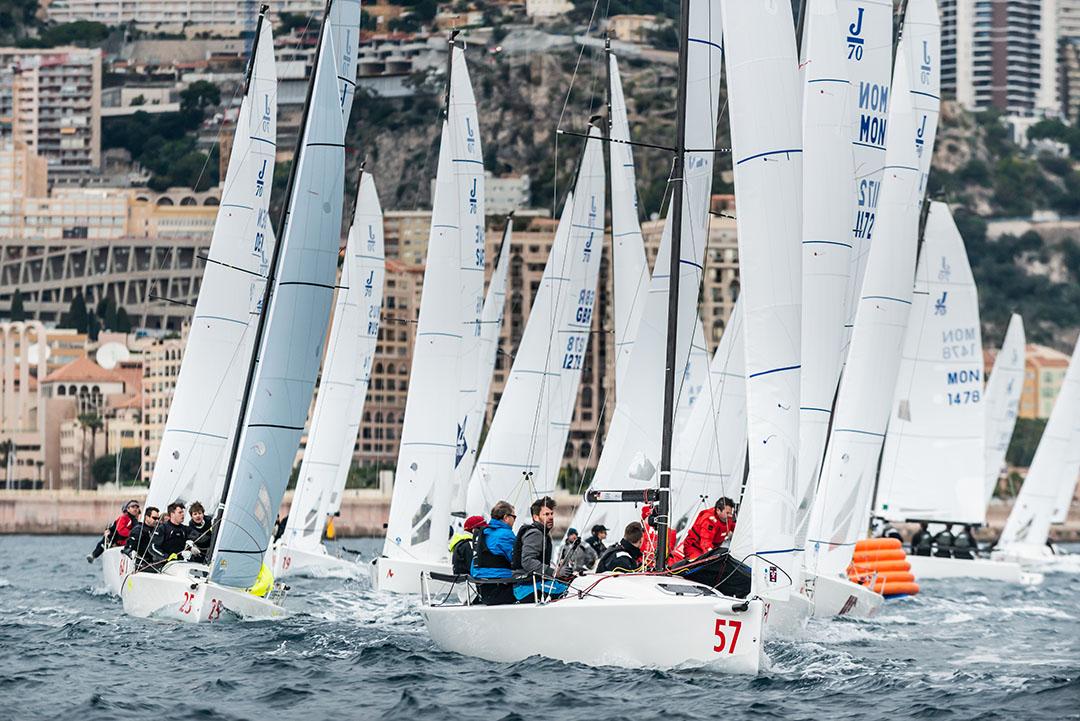 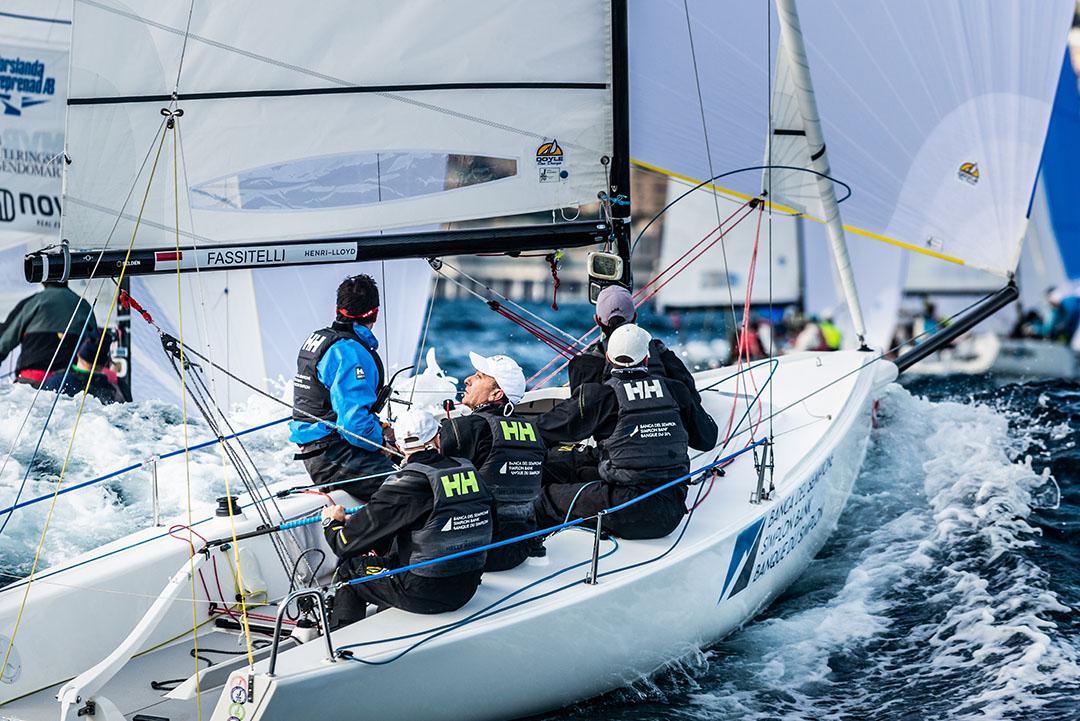 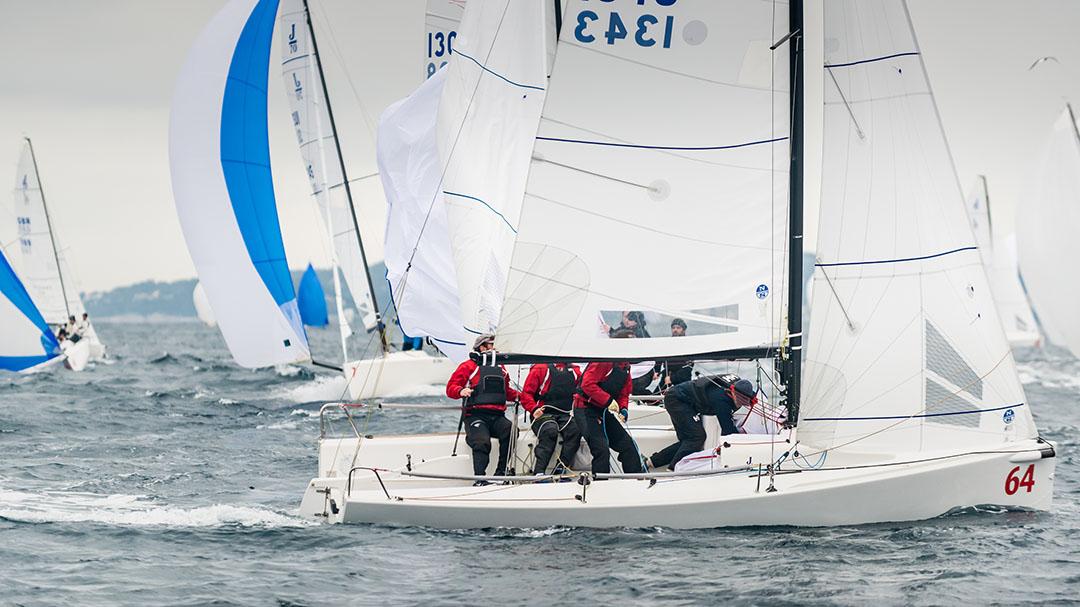 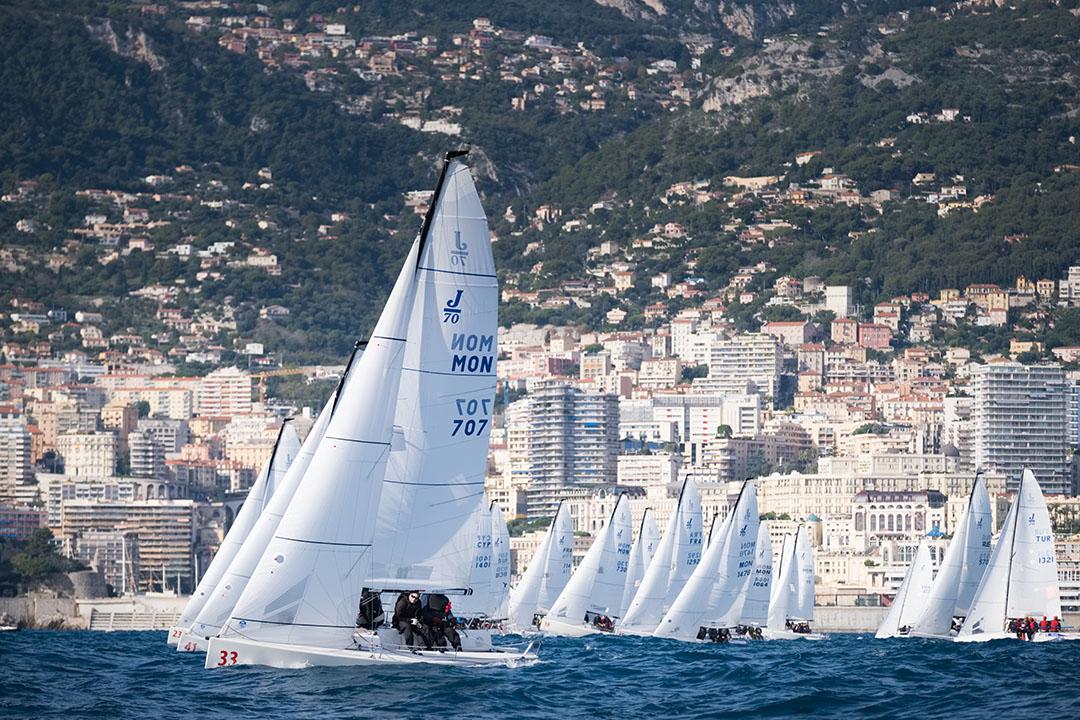