In June, nine IMOCA 60 took part in a brand-new event organized by the Yacht Club de Monaco: the Monaco Globe Series. The first stage of a new circuit of regattas, qualifying for the Vendée Globe 2020, that will also award in 2021 the Class world championship title.

Another regatta, another great event at the Yacht Club de Monaco! Just a few weeks after Nautor’s Swan One Design, the first stage of the Finnish shipyard’s new regatta circuit, a new adventure has started on its waterfront: the IMOCA Globe Series 2018-2020 world championship. An unprecedented circuit of seven events, based on two major races per year, including the Route du Rhum 2018 or the Jacques Vabre Transat 2019, that will come to a climax with the Vendée Globe 2020. Nine crews took part to this great first double-hander, non-stop race on the Mediterranean. A four-day course of 713 nautical miles in rough conditions that brought the best of these sailors used to tame the world’s largest oceans.

Official boats of the Vendée Globe

Opening ceremony attended by the Monegasque authorities, two days of exhibition runs, a meeting with schoolchildren… the Yacht Club laid out a real spread for the first offshore race ever organized on the Mediterranean for the IMOCA class. But what is exactly an IMOCA 60? “This is a 60-foot monohull, mainly dedicated to the Vendée Globe, the single-handed non-stop race around the world without assistance. They are extremely efficient and designed to sail for a very long time,” explained Antoine Mermod, president of the IMOCA class. With their standardized masts and riggings, these 60-footers, designed in 1986, have been the official boats of the Vendée Globe since its creation in 1989. And they have evolved along the race. “Every year, the class rule has progressed to ensure increasingly efficient, reliable and spectacular boats”, explains the class president. Over the years, their aft widened, canting keels were fitted, more and more advanced computer systems equipped the navigation screens … For some of them, this new decade saw the appearance of the foils that make them take off from the water surface and give them a speed boost.

Only thirty chosen ones in 2020

On the starting line: nine sailboats, each manned by two team members, among whom three women. Almost all of them share the same goal: 2020. Because if the Globe Series will determine the IMOCA world champion for the period 2018-2021, this series of events is also qualifying for the Vendée Globe. A two-stage process explained by Antoine Mermod: “To be qualified, they first need to achieve a solo transatlantic race, regardless of their ranking. Since only 30 places are available, if 35 are eligible, there will be a selection those who finished the last Vendee Globe or with a new boat will be given priority. The remaining places, between 15 and 18, will be allocated to the skippers who had sailed the most miles during the Globe Series races”. So, it’s better to attend all the events and first of all to complete them. A point that will be crucial for Malizia II and her skipper, Boris Herrmann, both to win their selection and gain the experience essential for this single-handed circumnavigation, without stopover nor assistance, the sailing world has named “the Everest of the Seas”. “It takes years and years of preparation to be mentally ready for a round-the-world on his own. Plus, these boats also require years of technical, physical, sports training…”, confirmed Antoine Mermod, who added that “when you sail alone, everything is about anticipation. The sailor must always stay ahead of the game to anticipate the manoeuvres and, to some extent, proceed as scheduled.“

In the end, experience pays off

Anticipation. A difficult method to apply when sailing on the capricious Mediterranean Sea. Despite their experience (many already have a great track record, sometimes one or several Vendée Globe), this race actually left a strain on the sailors’ nerves. “The Bretons – the majority of skippers here – are not used to sailing on this type of waterbody, with changing and quite light winds, at least at this time of the year. It required a lot of changes of sails and maneuvering. They had a few moments of hesitation. Establishing a long-term strategy on the Mediterranean is quite difficult, even if its great assets is to open up the game”, explained Guillaume Rottee, race director. After a departure given by Prince Albert II, the nine sailboats set sail towards South Corsica and the Strait of Bonifacio along the west coast. A “very demanding passage, with very changeable conditions, alternating between windy and not windy areas with, in addition, thunderstorms and rain. They had between 0 and maximum 10-12 knots of wind during the crossing, and then 30 knots of wind for some in the Strait”, explained the race director. Initially, their next stages should have led them to the Gulf of Mondello in Sicily, then to the Balearics, for a 1200 miles overall journey. But the light conditions forced the race committee to adapt the initial route and finally opt for a descent along the east coast of Sardinia, before heading back to the Principality, via Port-Cros Island. An interesting tactical passage, since all the fleet, already quite compact in South Sardinia, arrived almost at the same time near the Var coasts despite their different strategies. After that there was a little “concertina” effect, explained the race director, for whom “in the end, experience paid off.” Indeed, one of the favorites, SMA managed to break away. “Since the beginning of the year, Paul Meilhat (2016 Vendee Globe participant) has sailed a lot on this boat. His IMOCA has no foils, but he knows her in all configurations, and that’s what made the difference.”

A year after her arrival in Monaco, Malizia II and the pair Casiraghi-Herrmann ranked seventh. “The wind was light and not necessarily foreseeable. We constantly had to manoeuvre, it was more difficult than a transatlantic race”, explained Boris Herrmann. “But, with Pierre (Casiraghi), our team’s strength is to have this fighting spirit and smile in all circumstances, and to give it all. We were in the game, in particular with the second just a few hours before the finishing line particular. We are a little disappointed to rank 7th. But that’s what sports is. This proves we had a strong set and that, in the end, the best ones finish ahead”, said the skipper who definitely plans to take advantage of the coming two years to show that the boat of the Principality is not there to just go through the motions . 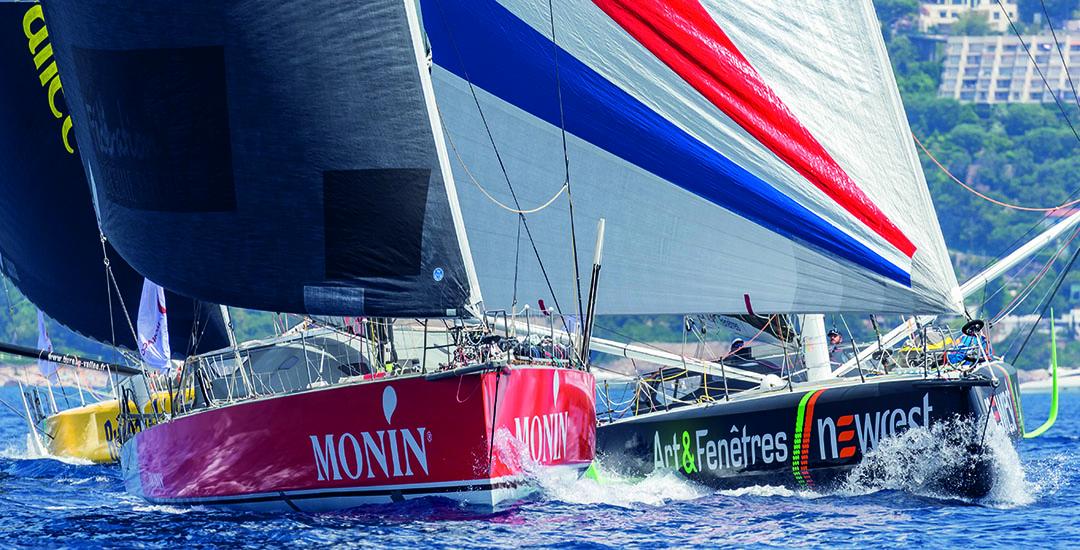 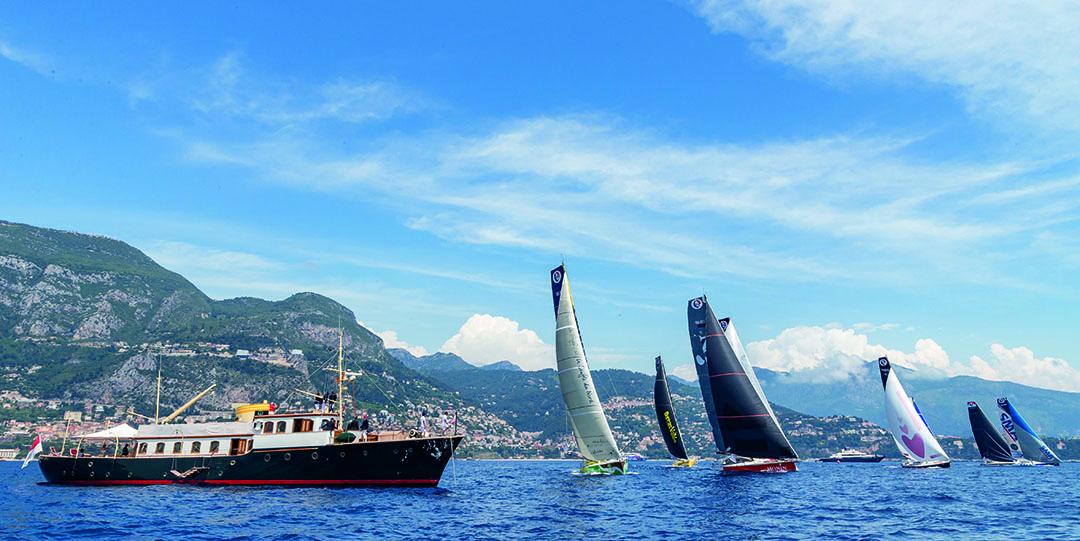 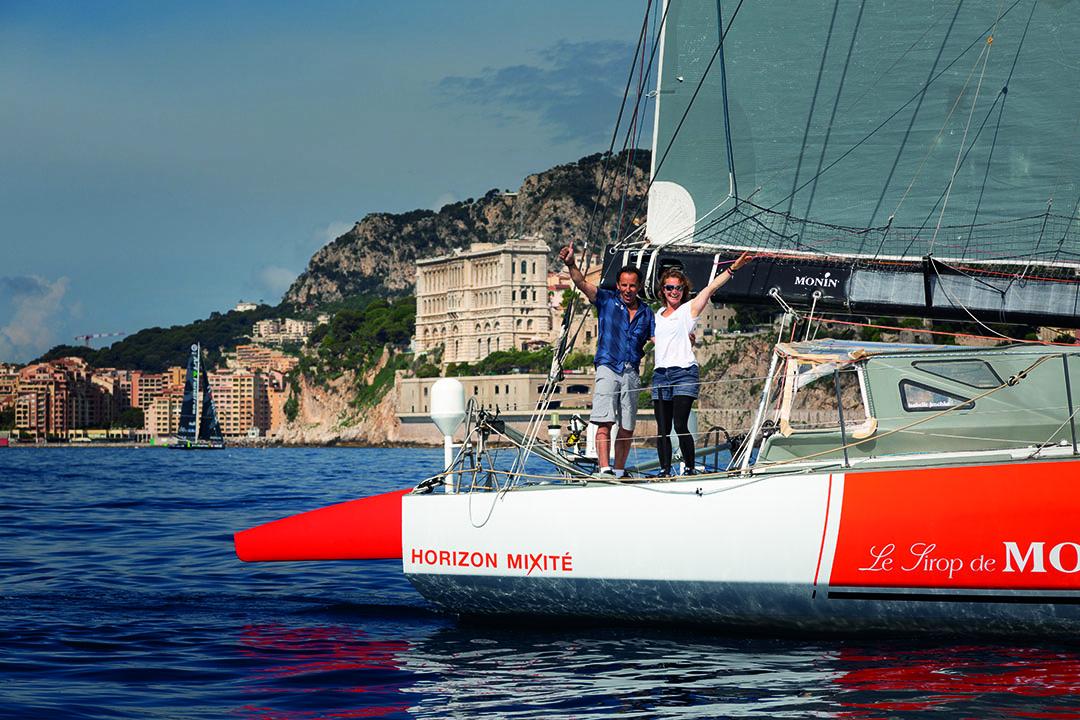 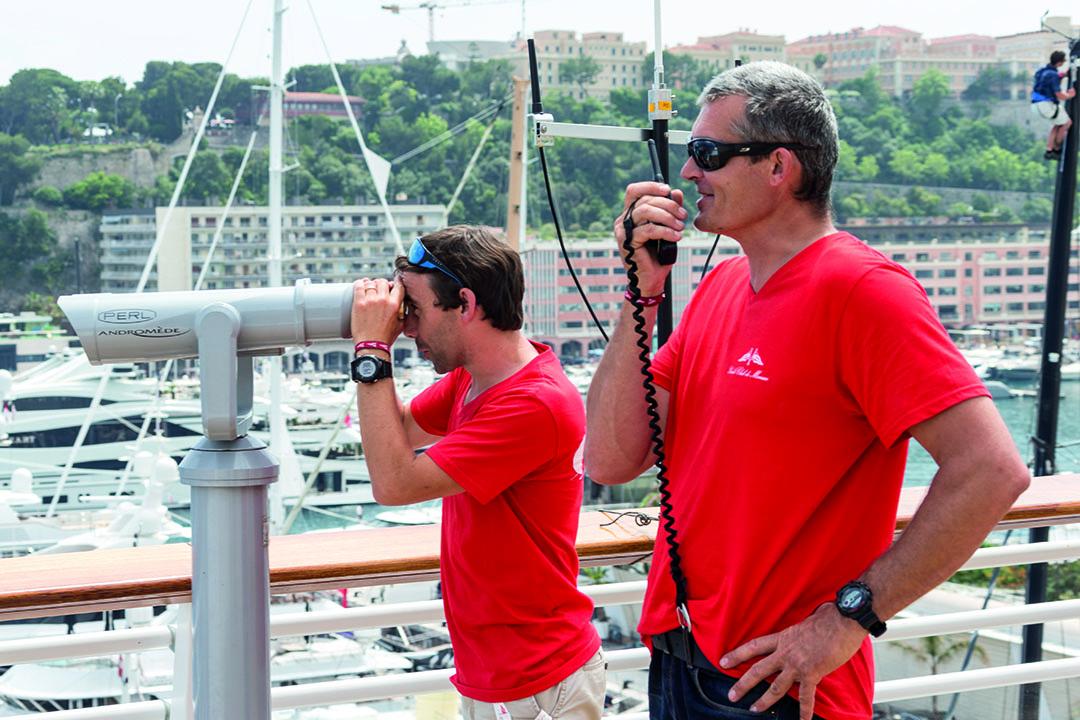 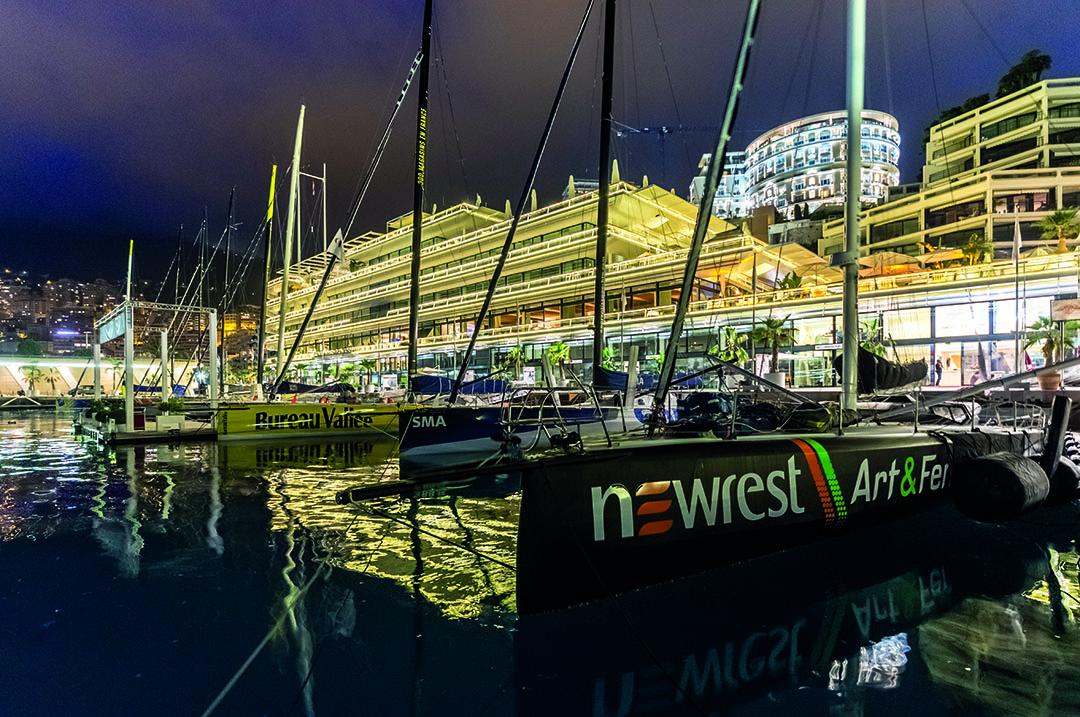 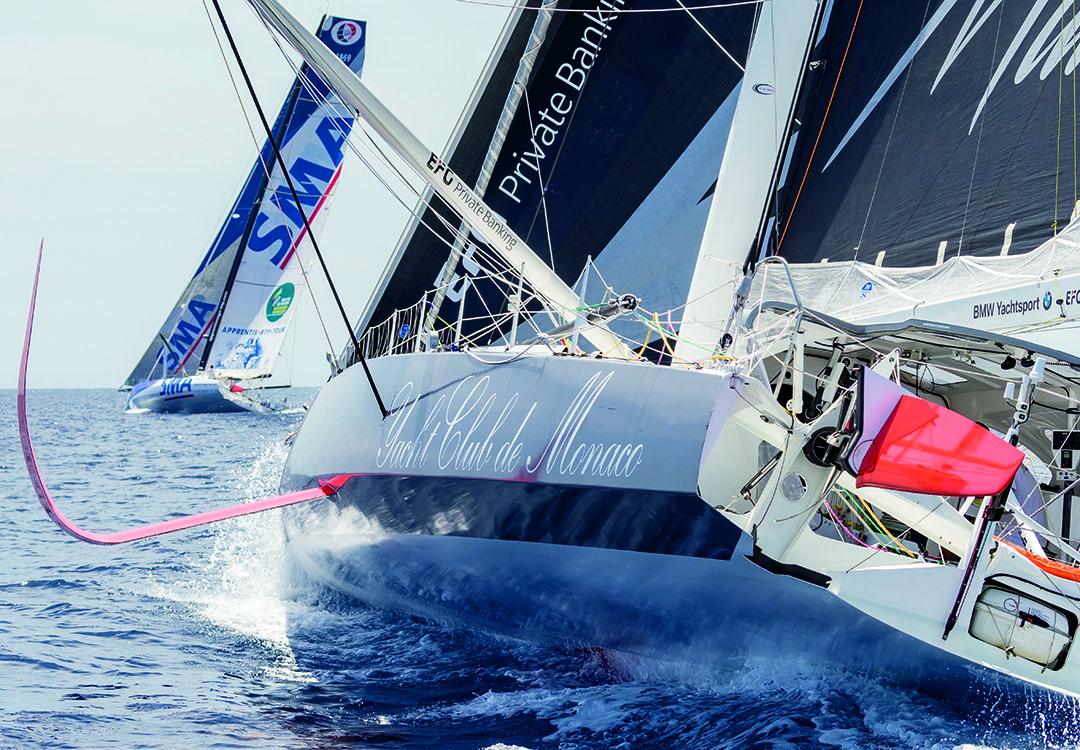 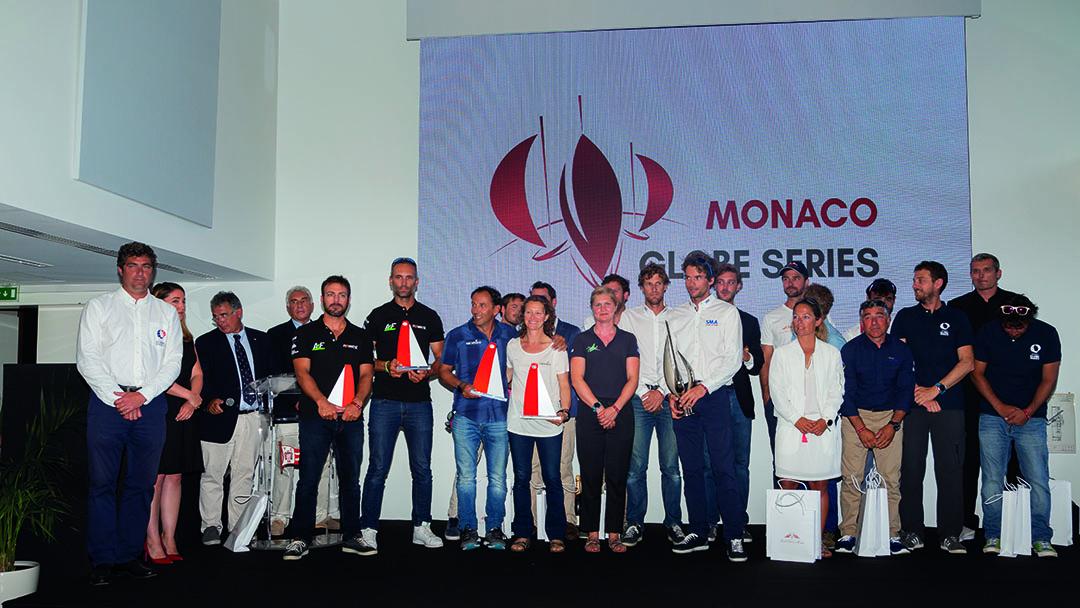 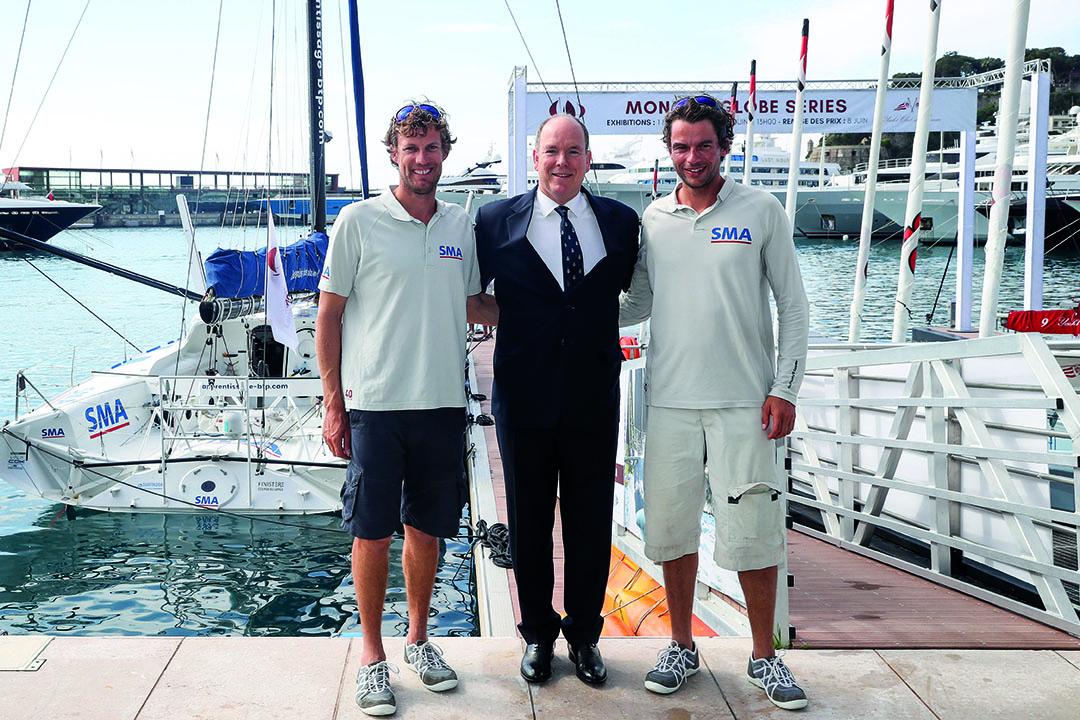 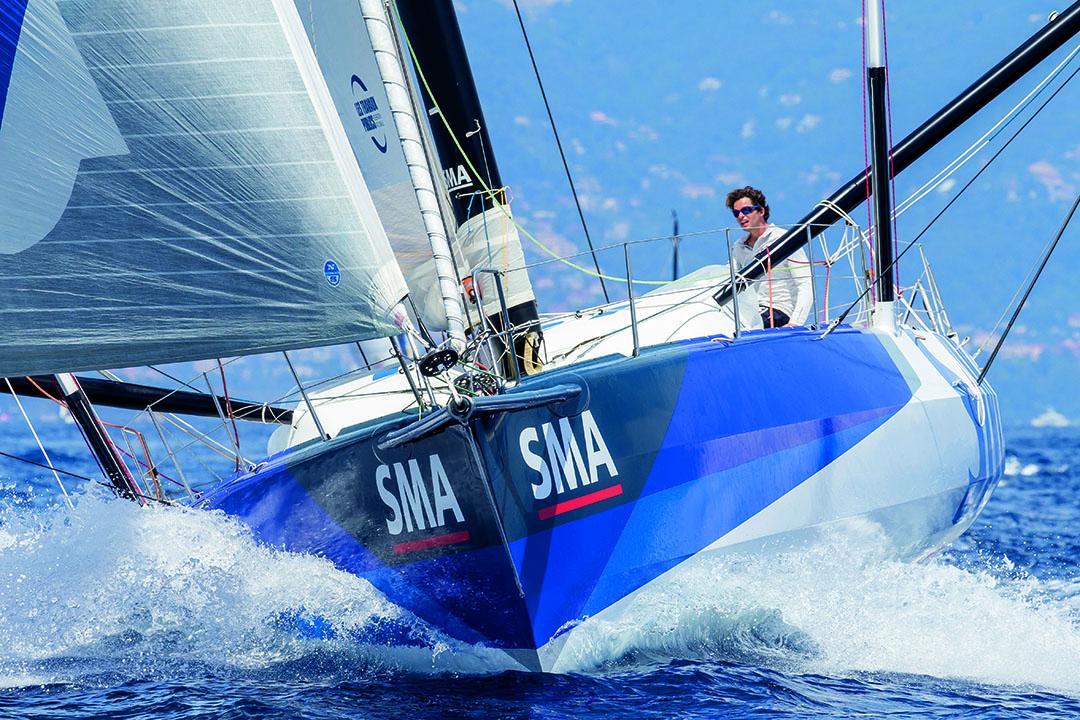 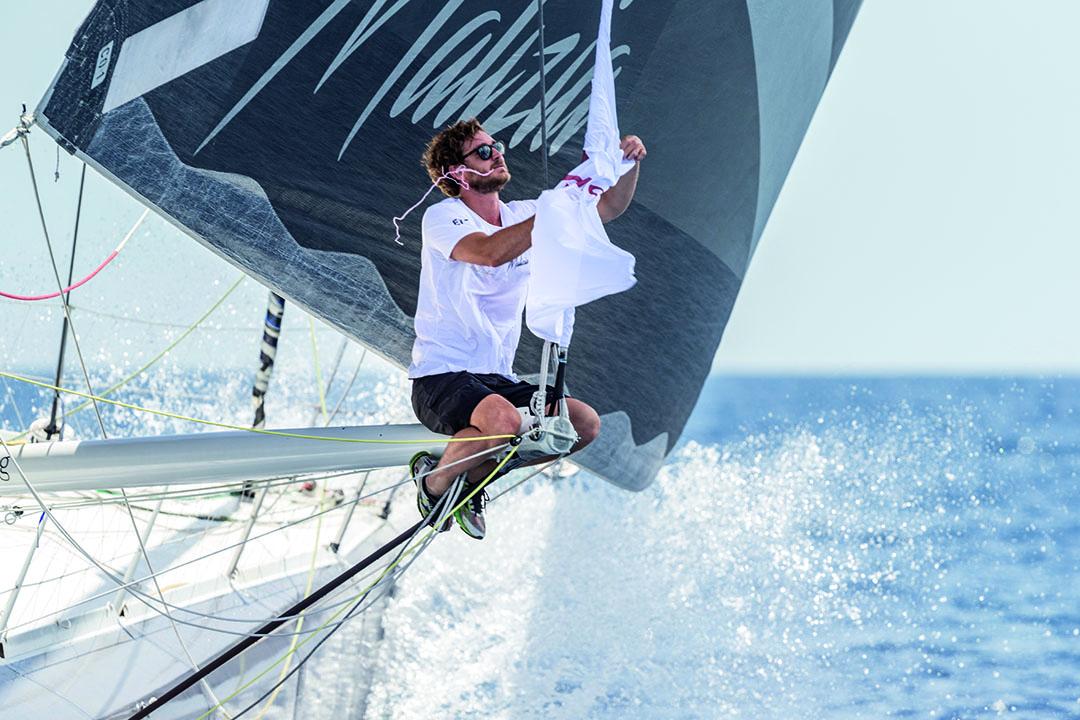 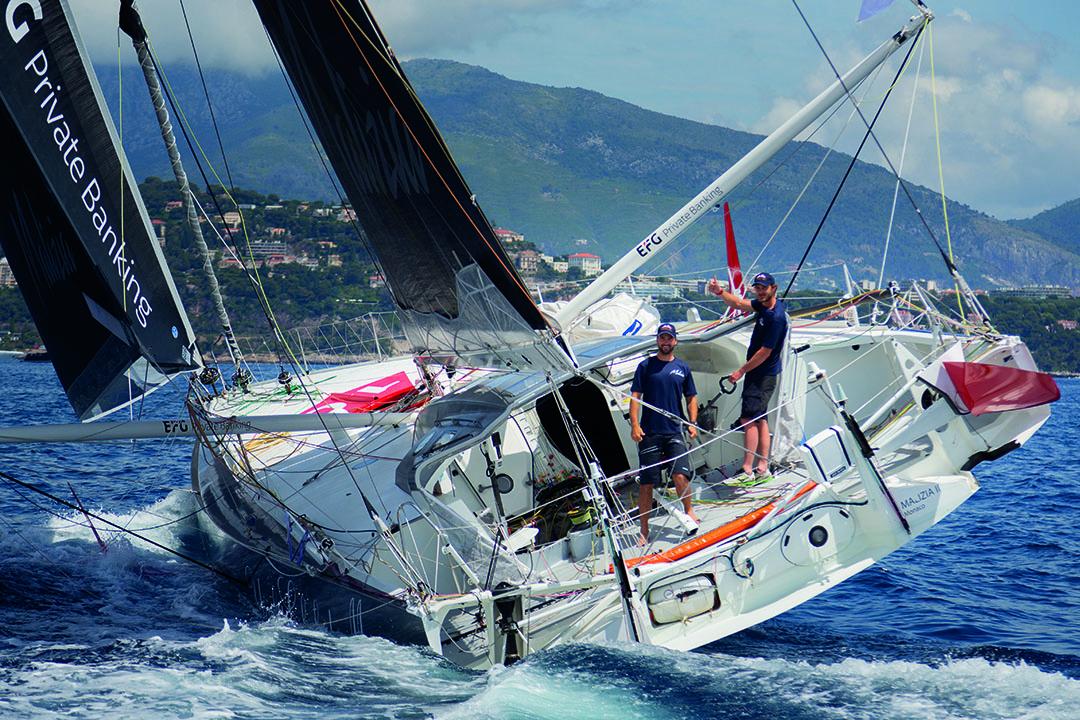