Aleco Keusseoglou became in 2008 a Monegasque citizen, after arriving in Monaco from Greece in 1972. He grew up in the Principality before continuing his education in Switzerland and the United States. He travelled around the world, then took over the family-run luxury cruising business, Sun Line Cruises, and made it prosper before selling it in 2000. Back to the Principality in 2003, H.S.H. Prince Rainier asked him to lead the Société d’Exploitation des Ports de Monaco (SEPM). Enthusiast about this task, Aleco Keusseoglou also has strong competences in both the maritime sector and company management. His career in Monaco and abroad gives him legitimacy in other areas. Director of the SBM, member of the board committee of the Yacht club de Monaco, he also manages his own wealth management company, in addition to a busy time schedule. We met with a chairman, inspired by his mission and driven by a particular affection for the ports of Monaco, in his office… overlooking the port, of course.

What is your role in the SEPM ?

I am its executive chairman. But I was lucky to put together an extremely competent team of 42 people, including the managing director, Gianbattista Borea d’Olmo, a deputy director, Daniel Realini. There is also a Chief Financial Officer, Alberic Savigneux, who after ten years with us is about to retire. Olivier Imperti, from the government, will replace him. My role as the chairman is to show the guidelines, to establish the strategy, but also to empower the teams to achieve our objectives. I know what happens in the company, without being invasive. I let the management do its job. I help them, I correct them if necessary. They follow my instructions. But I appreciate that we all get together in a room to discuss and say what needs to be said and set a guideline.

The Principality, international capital of yachting: what impact does this have on the port management?

The success of the ports of Monaco has undoubtedly contributed to make Monaco the major capital of yachting. In 10 years, we have gained momentum. Our occupancy rate has reached 98 % and we have attracted more and more prestigious boats. Everything sped up with the new Yacht Club premises, which gave a greater stature and importance to the role of Monaco in the yachting sector. It is a vector of excellence and expansion, but also a building of excellence. Its extremely efficient team does a great job. This has really helped to increase this fame. But I think that the SEPM has played a major part in this reputation.

Between accommodation capacity and hospitality quality, what is the most important criterion?

The quality of our hospitality is certainly the most important for us. Our port is public, not private. Everyone must be able to coexist in the harbour, no matter its size and type. Our mission is to provide to each and everyone the highest quality of hospitality. Undoubtedly, large boats require more logistics than a 7 metre boat. Yet, looking at recent investments, we have done more for small yachting than for superyachts. We are very attentive to its needs. I have always said from the very beginning that the beauty and the charm of a port lie in its diversity.

The capacity of Port Hercules and Fontvieille are not unlimited, so how came up this opportunity in Ventimiglia?

Four years ago, we alerted our shareholder, the government, that we were reaching saturation point, both in terms of berths and income. The only growth margins were then to raise prices… which is not our perspective. We increased them at the very beginning because our rates were significantly lower than our neighbors but also because Port Hercules had finally been secured thanks to the creation of the dike. It was not the case previously and our rates reflected this. But let’s not forget that even today our prices are much lower than neighboring ports, especially for small boats.

Four years ago then, we decided to look for external developments, to orientate our research in two directions that can be complementary. First of all, an operational direction: in other words berths in the neighboring harbors. Then came the marketing strategy: we considered new markets that could bring more clients to Monaco. Naturally, we first looked towards Cap d’Ail. It made so much sense even though it does not have many places, especially for the large boats we target. But the concession runs until 2027. 15 years was far too long to wait. But, my successors will for sure respond to a call to tender to the new concession in 2027.

Then came up this opportunity in Ventimiglia, which presented very interesting elements. The operating company had received an 80 years concession, which is very unusual. They are now usually capped at 30-35 years max. In addition, the port was only partially built – both an advantage and a disadvantage – which meant that we could tailor it to meet our needs. And finally, its location at 7 miles from Monaco makes it accessible in 15-20 min depending on boats. We seized the opportunity because honestly we thought that we could acquire this company at a reasonable price. We knew the cost of the works to complete it. It required an envelope of 80 million: 31.5 for the acquisition and about 50 to complete it. After the very first contact three years ago, the negotiations were long and difficult because it was legally very complicated … But, now, we are 100% owners during 75 years.

What obstacles did you face to purchase it ?

The group that held the company was not in a good financial position. In Italy, the anti-bankruptcy laws are very strict. If an asset is purchased at a price well below the market rates, the judge can say: “You sold it too low, we cancel the sale.” Or adjust the price. We did not want to take that chance, so we put all the necessary safeguards in place. This transaction had to be included in their restructuring plan and validated by all the creditor banks… it was complicated to get a consensus.

How many berths will be available?
For what type of units? Who will benefit them ?

In total, 1350 boats operate under the Monegasque flag. In Fontvieille and Port Hercules, we can accommodate 660 units. This means that 700 of them are split up in other ports. Naturally, we will offer the very first berths to them. The Port of Ventimiglia has 170 places, so we can realistically assume that 10 or 15% of these 700 will want a place there. I perfectly understand that the Monegasque with a berth here will not go in Ventimiglia. But the foreign resident sailing under the Monegasque flag who can’t get a spot in Monaco, will be interested. Yet this is only one part of the market. Actually, 150/160 additional boats are on this waiting list. We could fill the port with them, without any external marketing. Out of these 170 places, we will sell under farm-out contracts for 20, 30 or 40 years the berths under 30 metres and maybe one or two largest places. This will allow us to reimburse most of the initial investment as quickly as possible. But we want to keep around thirty places for 30 metre and over. We need these. Since the port of Fontvieille cannot accommodate units over 27 metres, we have to “juggle” with about forty places in Port Hercules to accommodate up to 150 boats a year. This is not easy.

An extension of Port Hercules was not possible?

Impossible! Purely and simply because the seabed falls abruptly and very deeply at the port exit. This would cost a fortune.

The port is in Italy, which regime will manage it ?

The port will be placed under the Italian regime. It will be subject to the Italian legislation, which is similar to the Monegasque laws. The same goes for billing. Don’t forget that the owner is an Italian company, and we owe the latter. The port management will thus be given to this company. In other words, this means that Monaco has two ports today, and tomorrow it will be three. The management will be common. It will be governed by the Italian laws, but operated by the SEPM.

Even though Ventimiglia is not far from Monaco, how do you plan to join the Principality?

A rapid shuttle will constantly join the two ports. We also consider the possibility to create a helideck on the port. But this is only possible for one-off flights, not for regular routes.

Can its location be an obstacle?

I don’t think so! Let’s take the winterization for example, the crew will be happier to be in Ventimiglia because life costs there one-third of what it costs here in Monaco.

The MYS regularly turns down exhibitors due to a lack of berths, did you consider the extension of the Yacht Show in Ventimiglia?

Absolutely! Like Cannes and Port Canto. We closely work with the Monaco Yacht Show. If it considers that there might be a need for additional berths there, then why not! But we need to cost out the operation and assess if the additional cost is justified. This is not on the agenda, but we may well conceive it.

Will you reserve some berths for the professionals as a part of a sale?

Unfortunately – I say unfortunately because I have a lot of sympathy for yachting professionals, which is a very important industry – this is not the purpose of this acquisition. Its purpose is to serve ship-owners and, first of all, new residents. This is why this port is so important for the attractiveness of Monaco. Today, we face an important influx of high-calibre residents moving to Monaco. And one in four owns a boat. Finding an apartment of suitable size is already rather difficult, let alone finding offices, if in addition we cannot even offer them a place at the port… that’s a lot. For me, these 30 or 40 additional berths for large boats are essential for the attractiveness of Monaco in the upcoming five/six years.

When do you think the port will be operational?

Will there be shops around the port (restaurants, shipchandlers…)?

What about worldwide communication?

We will have an international advertising campaign, with presentation in the various yachts shows, etc.

What will be the name of this port?

We have kept its original name: Cala del Forte. 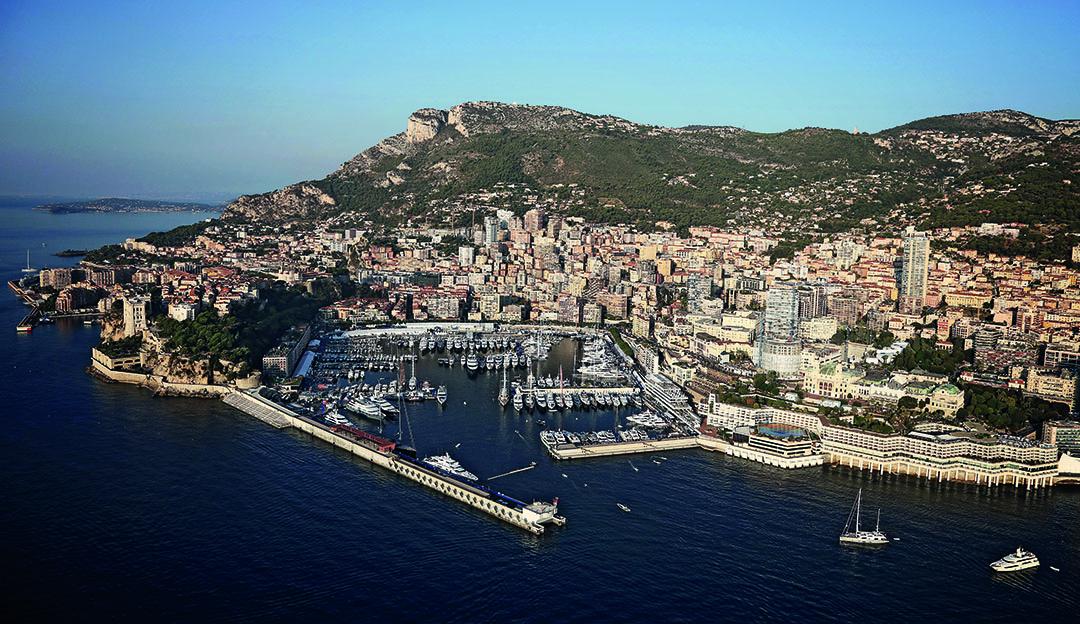 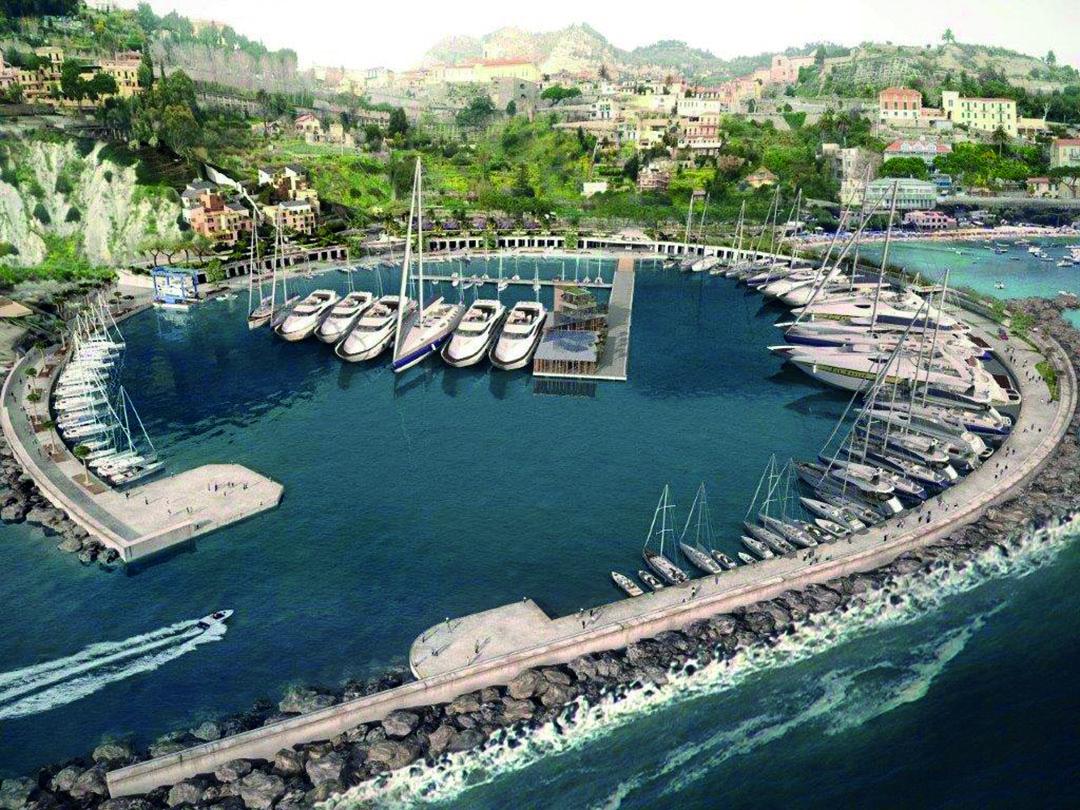 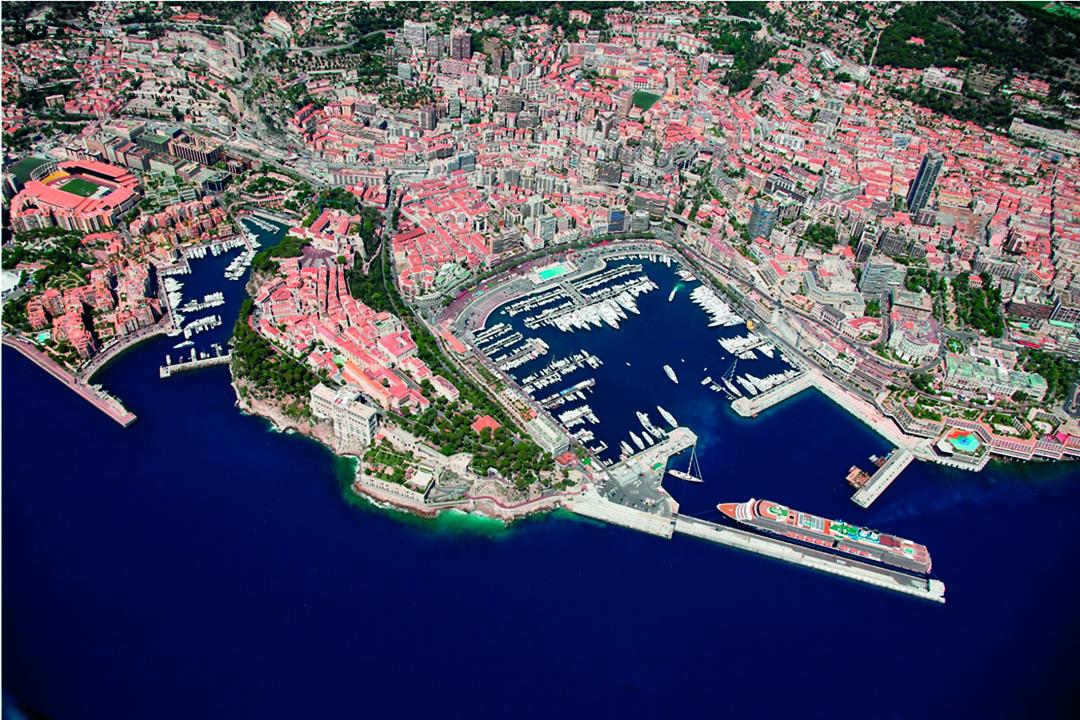