A breeze of novelties

As every year, the Yacht Club of Monaco held during the first weekend of February its famous Primo Cup. But this 33rd edition brought its share of novelties.

Monaco has a special place in the world of water sports and the Yacht Club de Monaco is no stranger to this. And everybody knows that February naturally rimes with Primo Cup – Trophée Crédit Suisse. Emblematic event of the YCM, this regatta brings together each year hundreds of sailors on different classes. And this 33rd edition reserved some novelties. Thus, in contrast with the last year, which gathered eight fleets on the Monegasque waters, this Primo Cup was divided into five classes. A reduction driven by the new format of this edition held over one single weekend, instead of two, for the first time since its creation in 1985. As the Yacht Club explained, it intended “to give each class more space” and “to open up the choice of tactical possibilities compared to previous years where up to six classes were sometimes rounding the marks at a time”. Enough to give a new breath of fresh air to an event that never lacks of it, despite the many whims of Aeolus at this time of year. Another novelty for this 33rd edition: the M32, ultra-modern multihulls in carbon, who put on an additional show, along with the great classics also present such as the Smeralda 888, Melges 20, J/70 and the Stars. Let’s review, class by class, this 2017 edition of the Primo Cup – Trophée Crédit Suisse.

Five in number, the newcomers were undoubtedly not disappointed by their travel to the Principality. Such as the sailing enthusiasts who enjoyed the show from the shores. On day one, off the Larvotto beach, the Swedish on Team Flux dominated the four competed raced. But this rising hegemony was contested the next day, on the eve of the grand finale, by the Italians on Italia Sailing Team who took the top of the general classification. A scenario that predicted a fierce Sunday between these multihulls! And indeed, the fight was fierce and beautiful. But finally the Swedish on Flux Team snatched victory on the final day, after nine races in three day. The Monegasque Guido Miani (Team Neverland) ranks 4th, just behind the Italia Sailing Team and the Cape Crow Vikings. A successful premiere for this class.

With eight participants in Smeralda 888, the emblematic class the Yacht Club de Monaco places a great emphasis on the host of the competition, since they were all flying the Monegasque flag. Out of the seven races they completed, six were retained. In the only class where the owner must be at the helm, the battle came to a quick end, especially for the leading trio. Indeed, on the second day, the many wind shifts caused the novices to see the most experienced ones take off. It was thus inconceivable for Beppe Zaoli and Valter Pizzoli (Smeralda 2), Timofey Sukhotin (Beda) and Frédéric Bourguet Maurice (Vamos Mi Amor) to be caught up. This ranking did not change during the last race, and this trio stepped on the podium in the exact same order.

This category is dear to Monaco and we often see them sail off the princely shores. And among the sixteen registered, three were operating under the Monegasque flag. Among them, Matteo Marenghi Vaselli on Raya finished second right behind the Italian Achille Onorato on Mascalzone Latino. Fifth during the latest world championship, and rightly considered as one of the best in this category, he sailed to victory all weekend long, winning three out of six races. Highly competitive until the very last race, the first place eventually went to the Neapolitan, even though they finished equal on points with Vaselli. The International Melges 20 Class Association president, Manfredi Vianini Tolomei (Maolca) took the third place.

With fifty J/70 boats registered, including 15 boats operating under the Monegasque flag and 12 nationalities, this is by far the biggest fleet of this event. If the tough conditions on the first day brought a lot of thrills to the competitors, it perfectly suited the Brazilian crew on Mandachuva who quickly stood out. And the adage “the first will be last” and vice versa, did not apply to them. By winning all four races, they were never threatened by their opponents. Indeed, despite his tenacity, the French Adrien Follin (Give me Five) could not catch up with the Brazilians but he outdistanced Ludovico Fassitelli, the first sailor flying the Monegasque Flag and 3rd on the general ranking.

For the former Olympic series, the Primo Cup was also the second stage of their winter circuit. Such as the J/70, the second largest class of this event could only sail two of the three days of regatta. Similarly to other series, the ranking of the first day was the same as the final one. The World champion 1991, Roberto Benamati, proved he has lost nothing of his superb as he won two of the four races and made second on the other two. He was closely followed by the Swedish Tom Lofstedt (2nd) and the German Reinhard Shmidt (3rd) who ranked in the end second and third. The only sailor flying the Monegasque flag Orlando Filippo, managed to take the 5th place, a very good performance considering that he was 12th at the end of the first day. Perfect to end a very spectacular weekend. 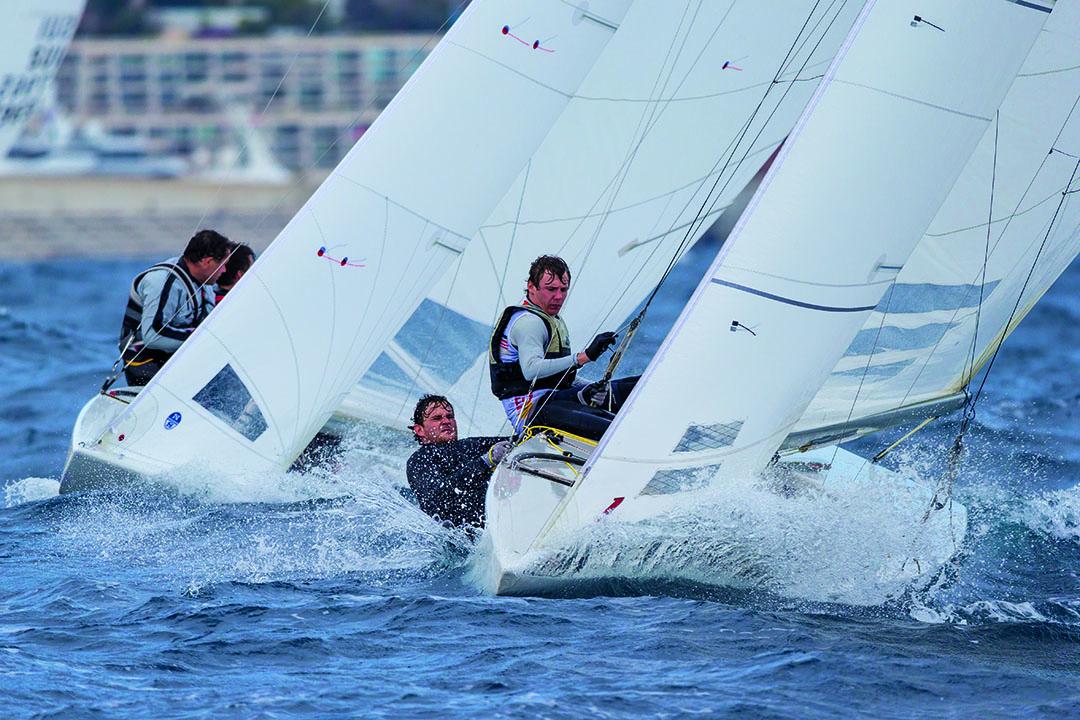 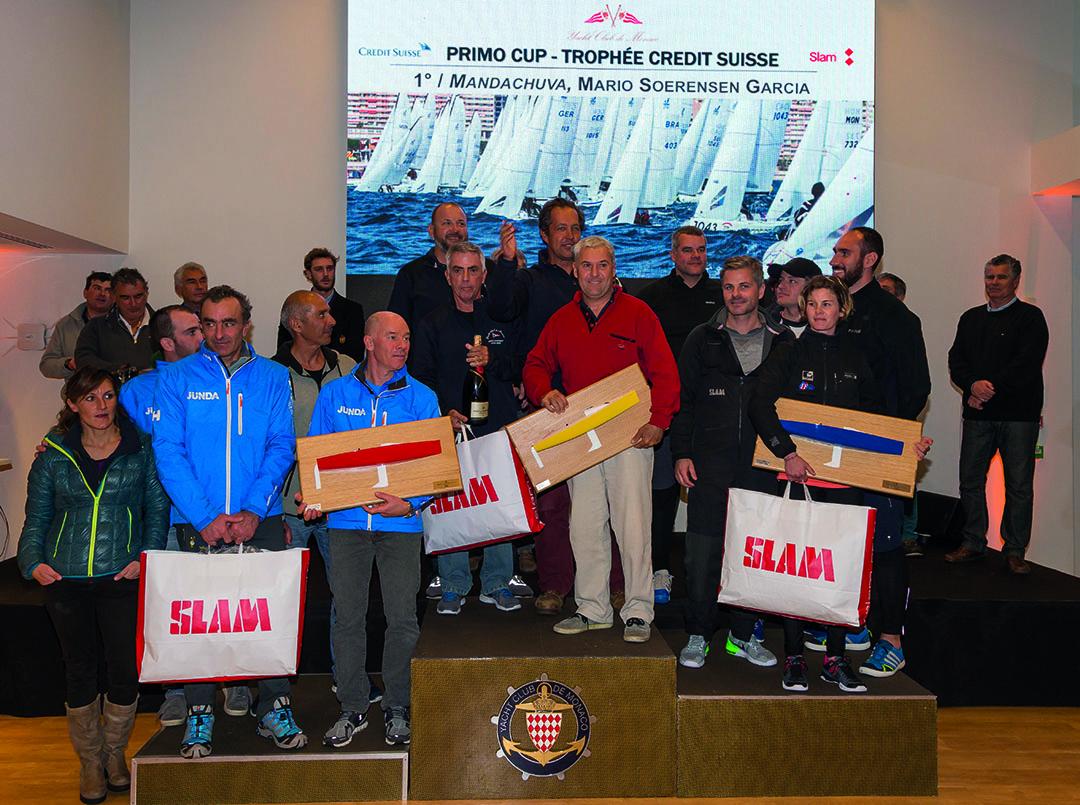 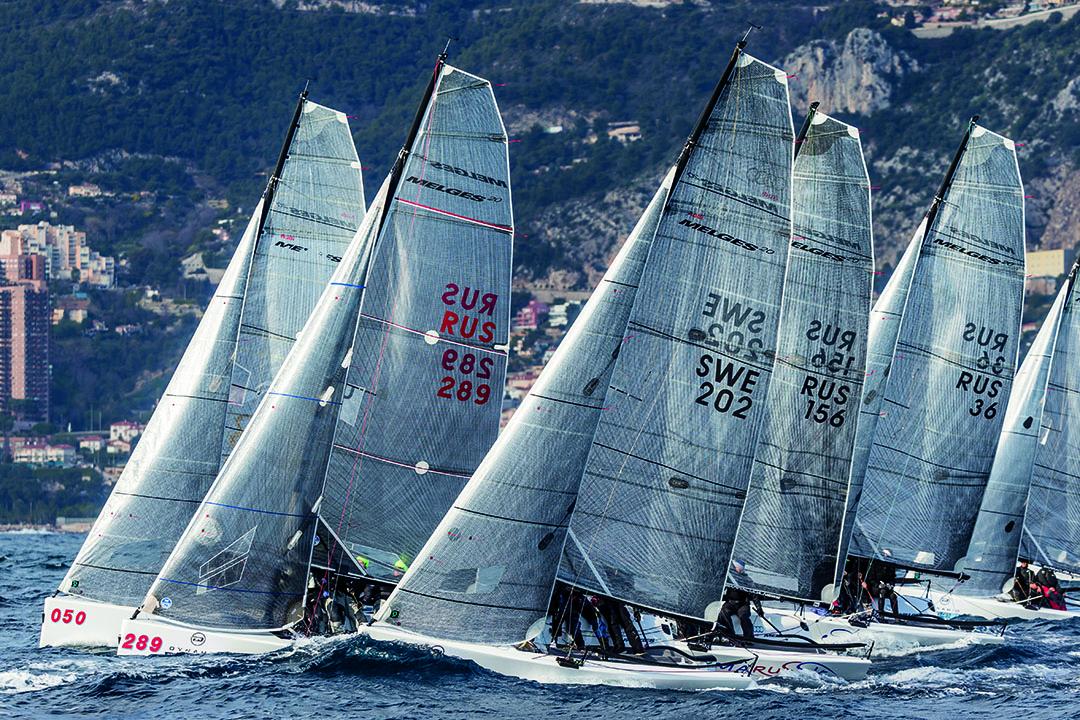 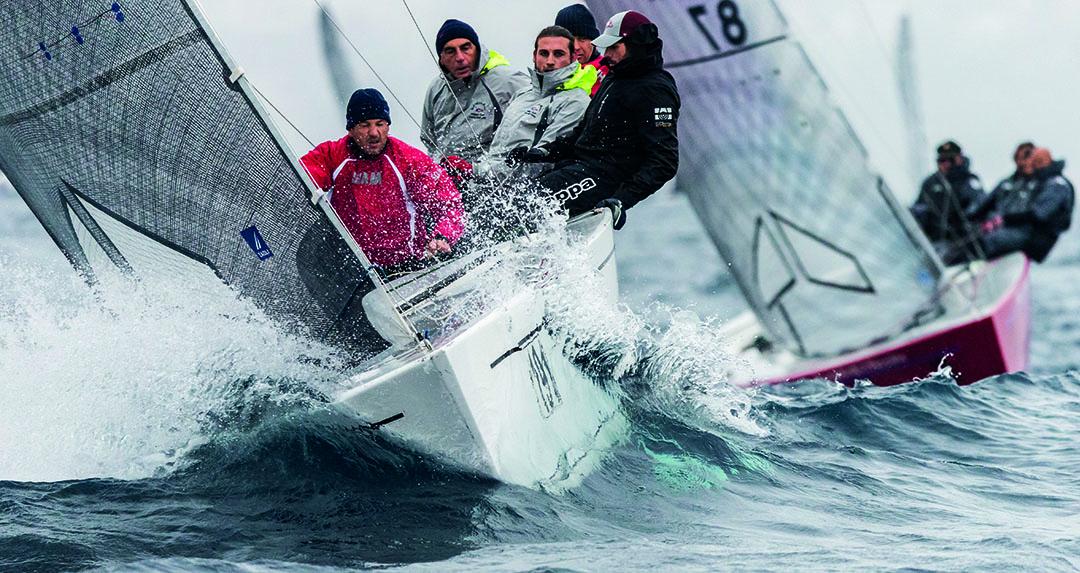 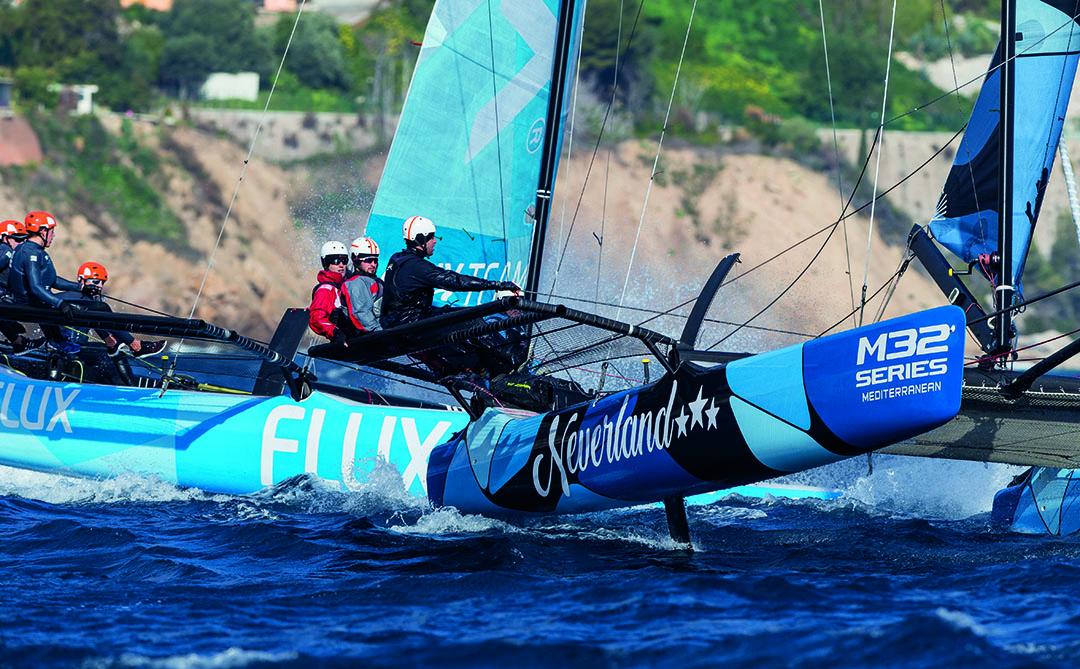 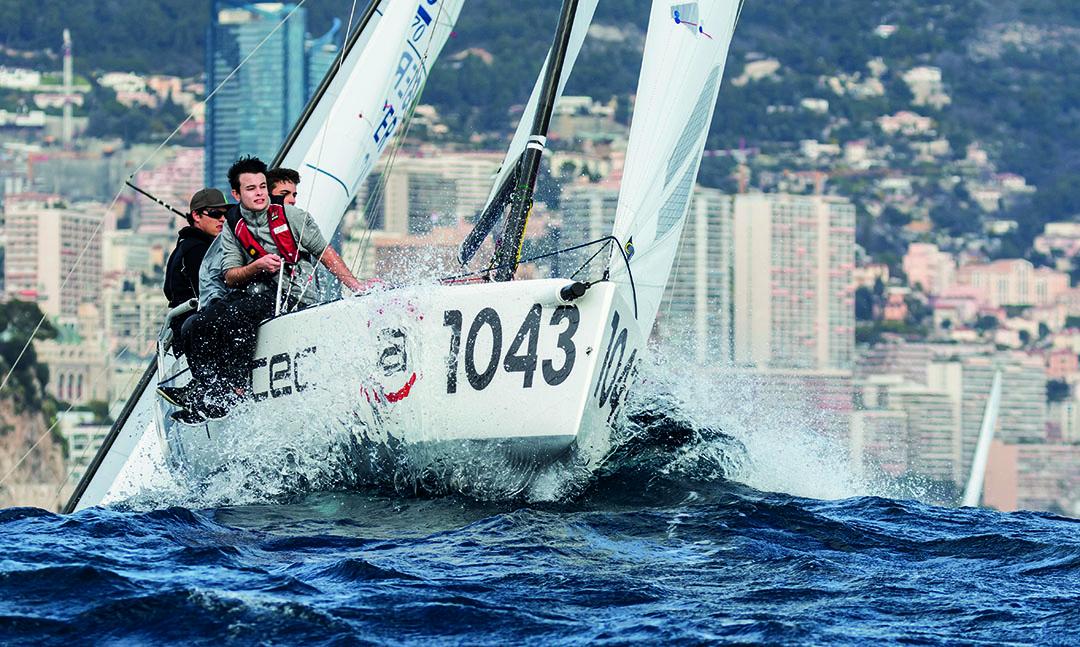 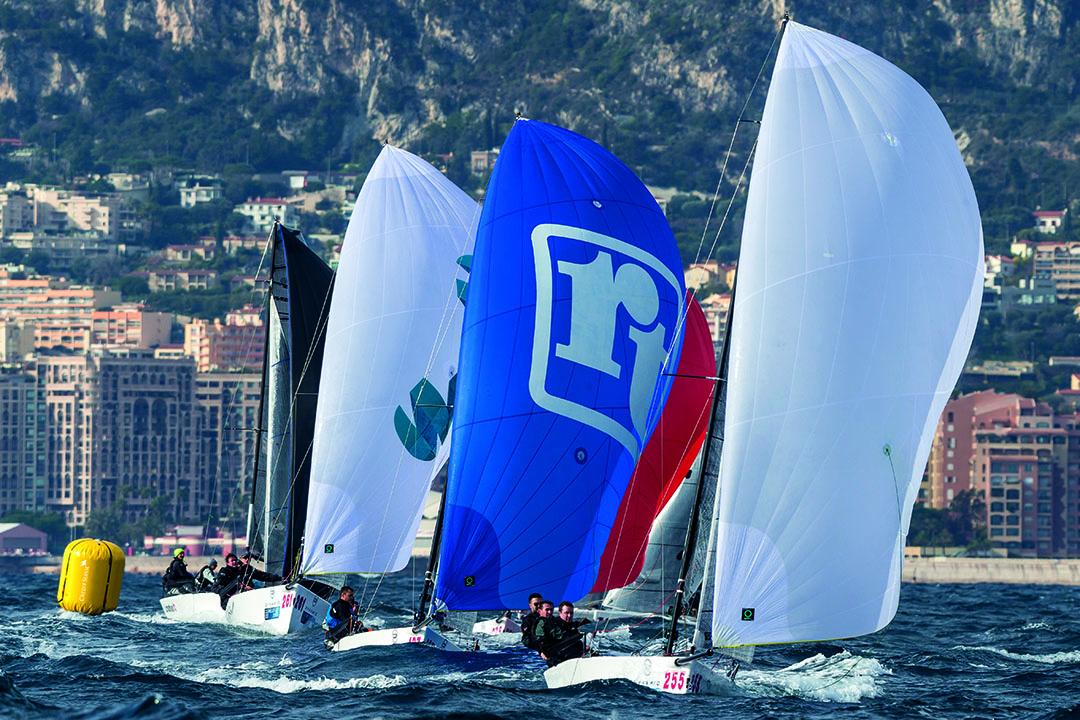 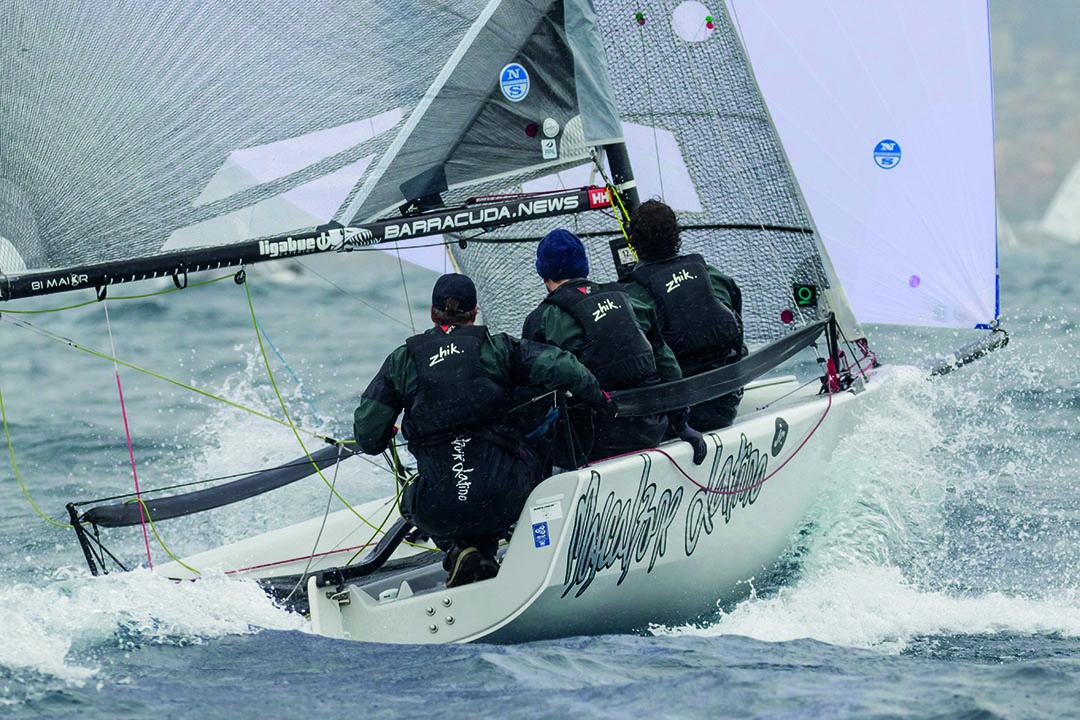 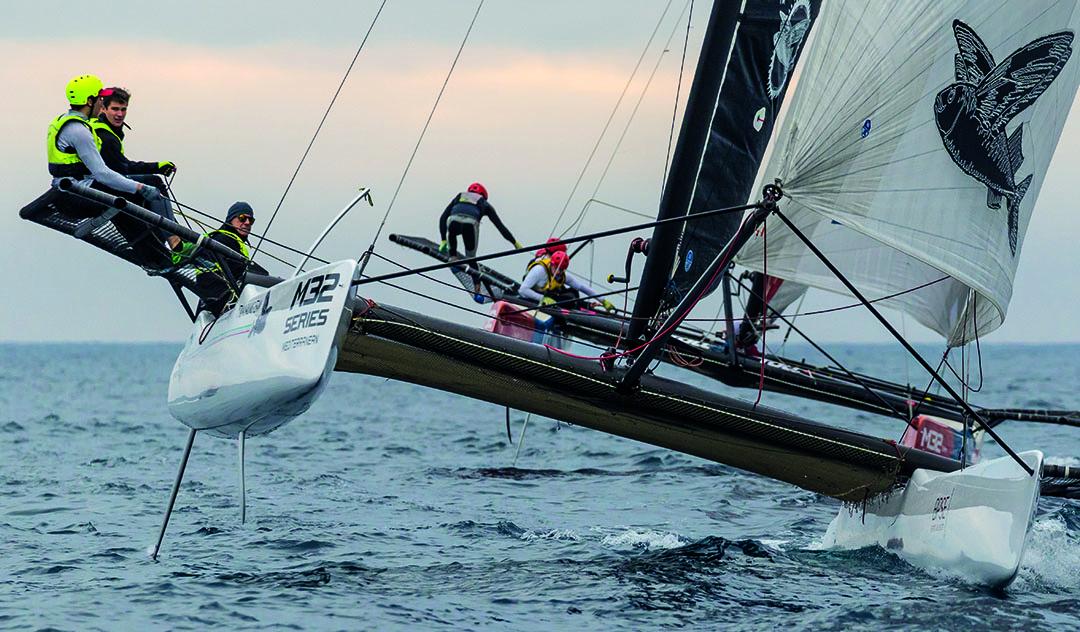