Sails of the past

Every two years, the Yacht Club de Monaco Marina welcomes old sailboats for a few days of regattas and an elegance contest. Once again this year, the Classic Week unanimously pleased the sailing enthusiasts.

Written by Romain Chardan – Photos : C. Borlenghi, F. Ferri, S. Gattini, A. Pisapia / Studio Borlenghi
Tradition is dear to Monaco. And its Yacht Club is no different. Since 1994 and the creation of this rendezvous for lovers of ancient times, the Classic Week has been an on-going success. This 13th edition, held from September 13th to 17th, is exception. More than 150 units were present this year, including 21 big boats (over 25 metres), nine more than two years ago. Echoing the first powerboat meetings at the beginning of the last century, these few days in history offer a great opportunity to admire these old units and the costumes of this period. Regattas, contests, exhibition, parade … everything has been made to ensure that this week, on the theme of the “Roaring Twenties”, show the importance the Yacht Club de Monaco’s attaches to tradition.

Regattas for all sizes

Elegance and time travel are the most visible aspects of the Classic Week, yet both the sports and competitive aspects are not forgotten. On the agenda: regattas for all the various boat categories (15m IR, Classic Boats and dinghies 12′). And the first to kick off the racers ball were the 15 IR Class along with the classic sailboats. From the very start of the competition, all crews have redoubled their efforts to reach the highest step on the podium. In the 15 IR Class, Mariska, skipped by Benjamin Redreau, took the lead on the second day and never let go of her well-deserved leadership. Winning three of their six races, the British sailboat confirmed in Monaco her successful year, after her first victory in the Balearics. Her coronation finally happened in Saint-Tropez, the third and final stage of the “15 Meter Class Association Annual Trophy”. Note that classic sailboats also put on a show. If Creole won the best Maneuver trophy, she could not find her place on the Big Boat category podium, monopolized by Cambria, Moonbeam IV (once owned by Prince Rainier III under the name Deo Juvante) and Elena of London. That was actually a great consecration for Cambria, the only 23 Metre IR Class still afloat. The ballet of ancient also opposed vintage gaff or marconi and classic sailboats (see results). As for the fleet of 12’ Dinghies, present for the last three editions, they restored the spirit of this one-design competition. Trecivette, flying the French Flag, won the race, closely followed by two Monégasques: Pupi and Cice.

Speed is not everything

As La Fontaine explained: “slow and steady wins the race”. This maxim took on its full meaning with the regularity trial for motorboats. Around 40 of them participated in this speed-restricted race, including a dozen Rivas. A tribute was paid to the creator of the small mahogany motorboats that captivated the jet set in the 1950s. The Yacht Club de Monaco Marina hosted a parade, before releasing balloons, in presence of the Riva family. Turquoise blue, the trademark colour of the famous yachting brand, was de rigueur, of course. But Riva were not the only participants to the regularity trial, as Chris Crafts and Hacker Crafts also attended the event. Symbolically, it was won by Why Not, a 1967 Riva Junior. During this week, both vintage motorboats and sailboats also had to take part to the elegance contest, rewarding the most beautiful boat present. And to this end, many criteria came under consideration, including the crew’s attitude, the boat details or the passengers’ attire… Note that, even ashore, the folklore was ever-present and it was quite common to run into people wearing “Roaring Twenties” costumes while the sailboats were parading. As for the contest, Albatros prevailed in the motorboat category, while Elena of London won in the sailing yacht one.

While most of this ancient week was happening at sea, those without a searing foot could also enjoy the effervescence ashore. An exhibition of photographs from the Palace archives retraced the evolution of Port Hercules over decades. There was also a village gathering artists, craftsmen, antique dealers, painters and sculptors, just in front of these sailing boats which attracted many curious. And the same was true for the two old cars parked in front of the Yacht Club de Monaco. The old Maserati made quite an impression, while the red Rolls Royce prompted many strollers to stop for a souvenir photo. Among the onshore highlights, there was also two competitions, including La Belle Classe Restoration honouring ship authenticity. After conducting an inspection on the sailboats to appreciate their preservation and valorization of heritage, the jury presented the prize to The Blue Peter, a 1930 Marconi class. The other contest was the Chefs Competition, which required the crews to combine dishes and champagne. Following this presentation, the jury composed of Jacques Maximin (president) Christian Plumail (Yacht Club de Monaco), Christian Garcia (Prince’s Palace), Philippe Johannes (Fairmont Monte-Carlo) and Eva Casanova (Moët Hennessy) gave first prize to the three-mast schooner Trinakria. But the highlight of the week was the Monaco Classic Week Trophy, given to the boat with the best marks in the “La Belle Classe Restoration Prize” and “Elegance Parade”. It was awarded to Viola, belonging to Kostia Belkin, an YCM member. Designed by William Fife III, famous naval architect, this 1908 gaff cutter is considered in France as a historic monument and listed as a maritime heritage. This prize was presented by the jury president, Sir Robin Knox-Johnston, the first man to have sailed solo non-stop round the world. A perfect way to close this 13th Classic week. Rendezvous in two years! 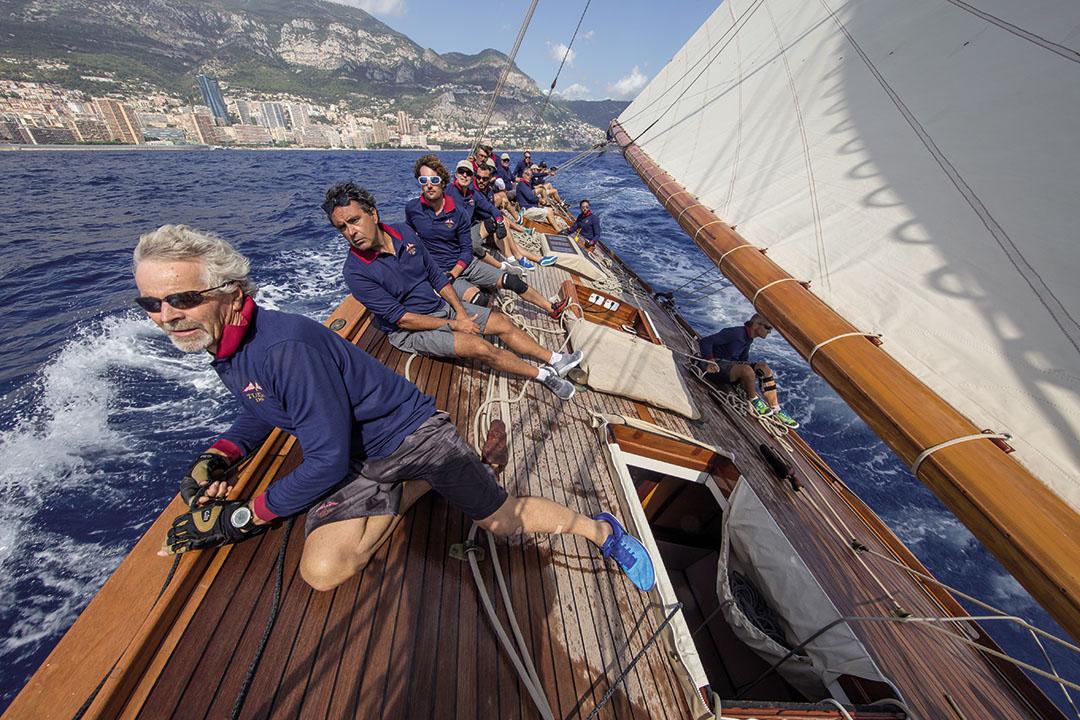 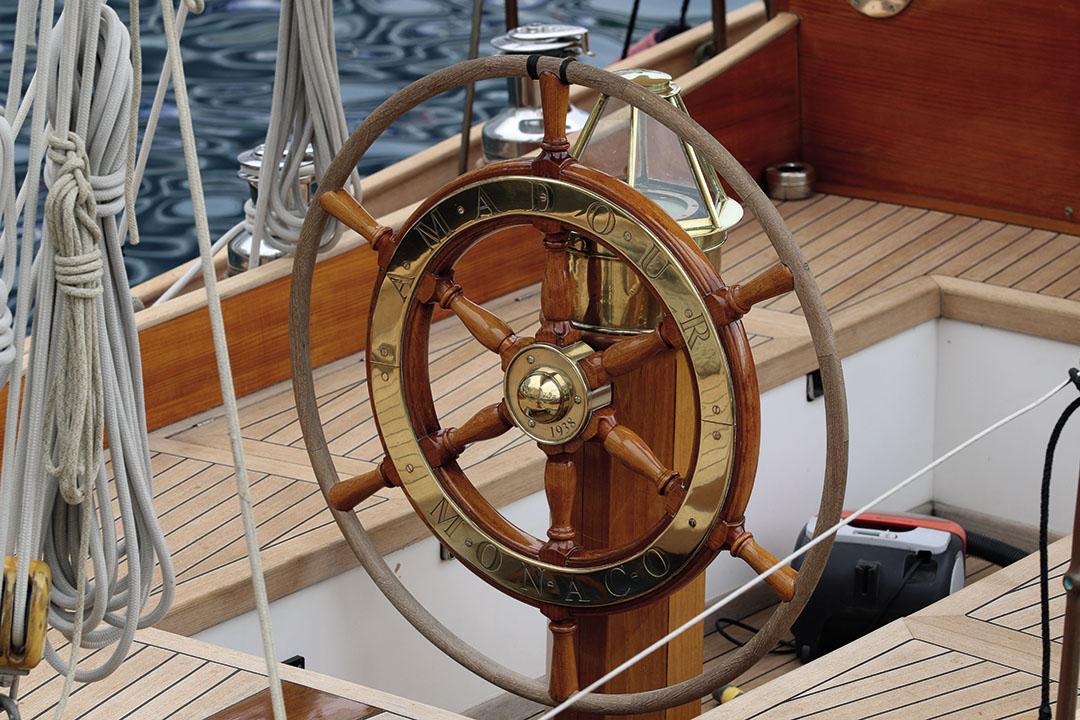 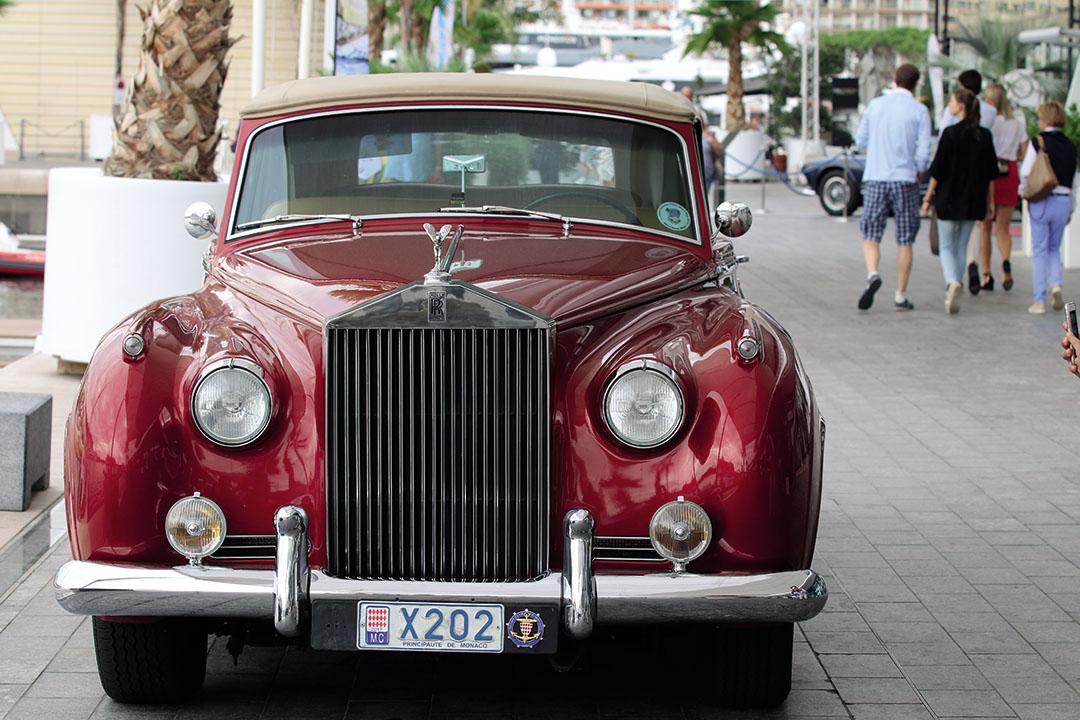 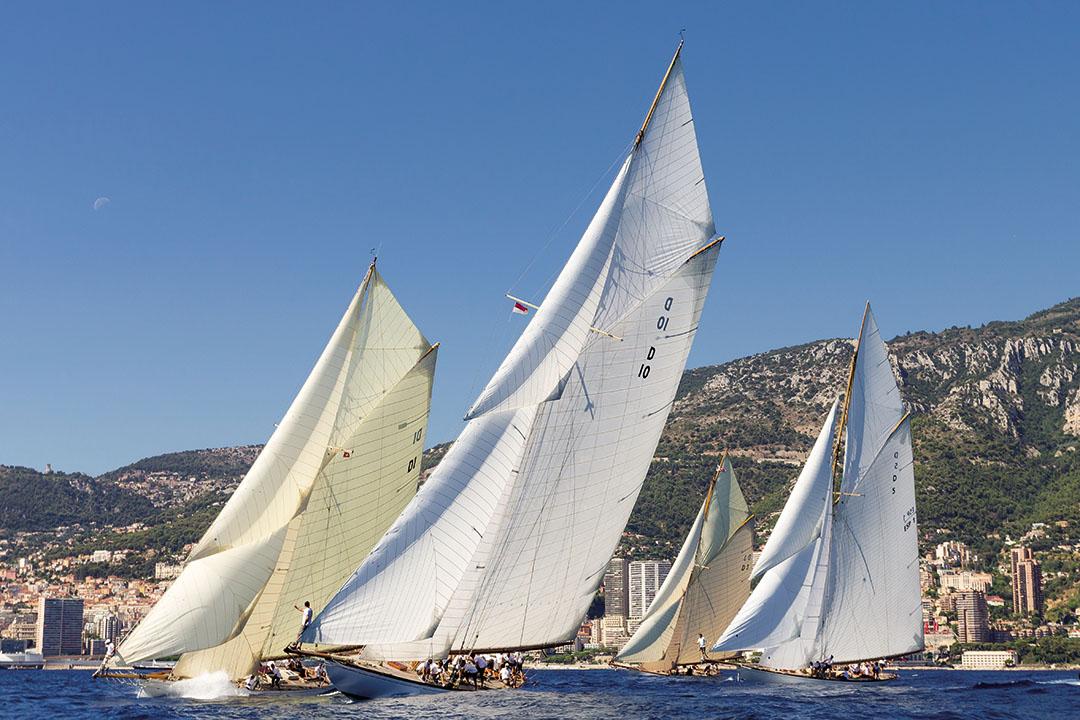 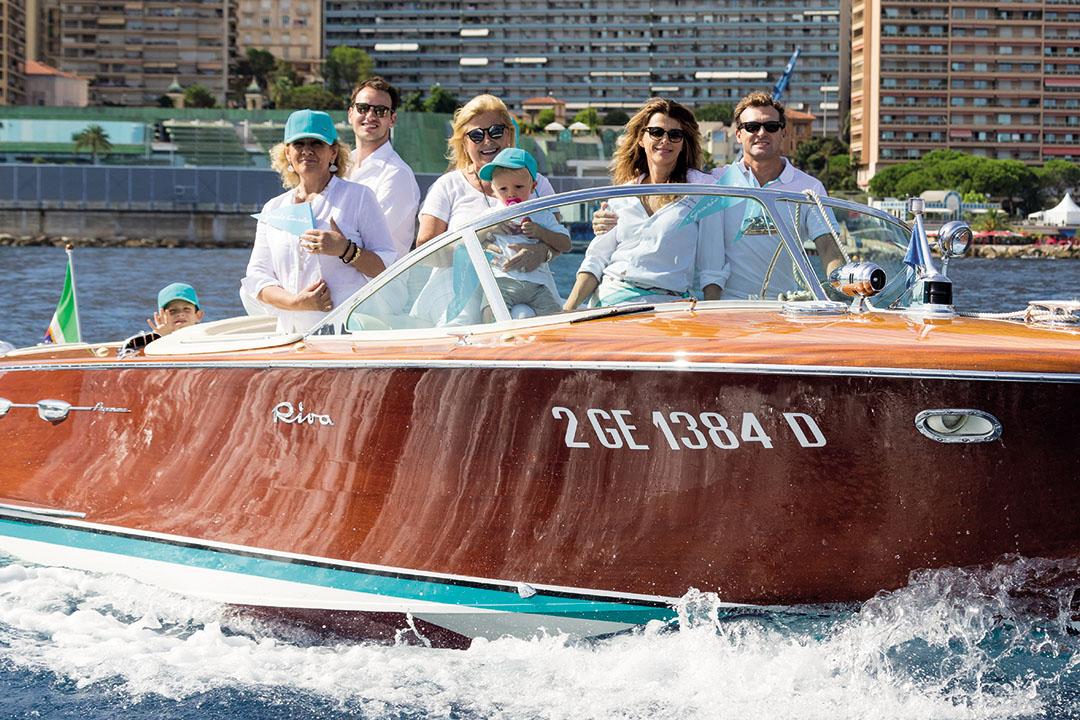 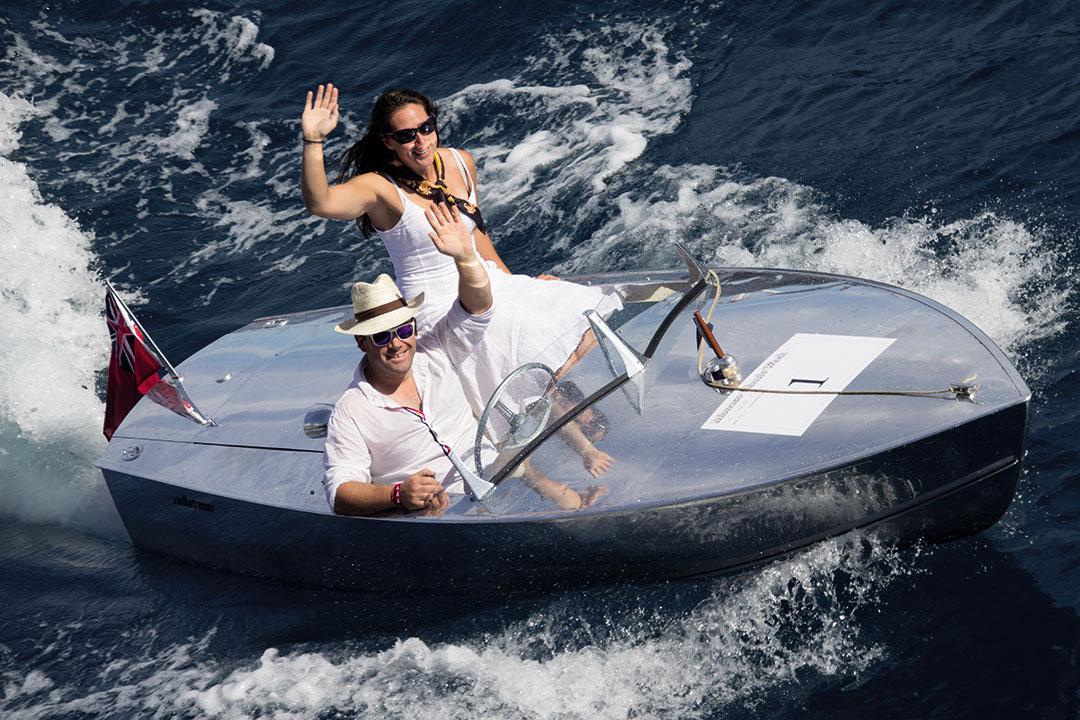 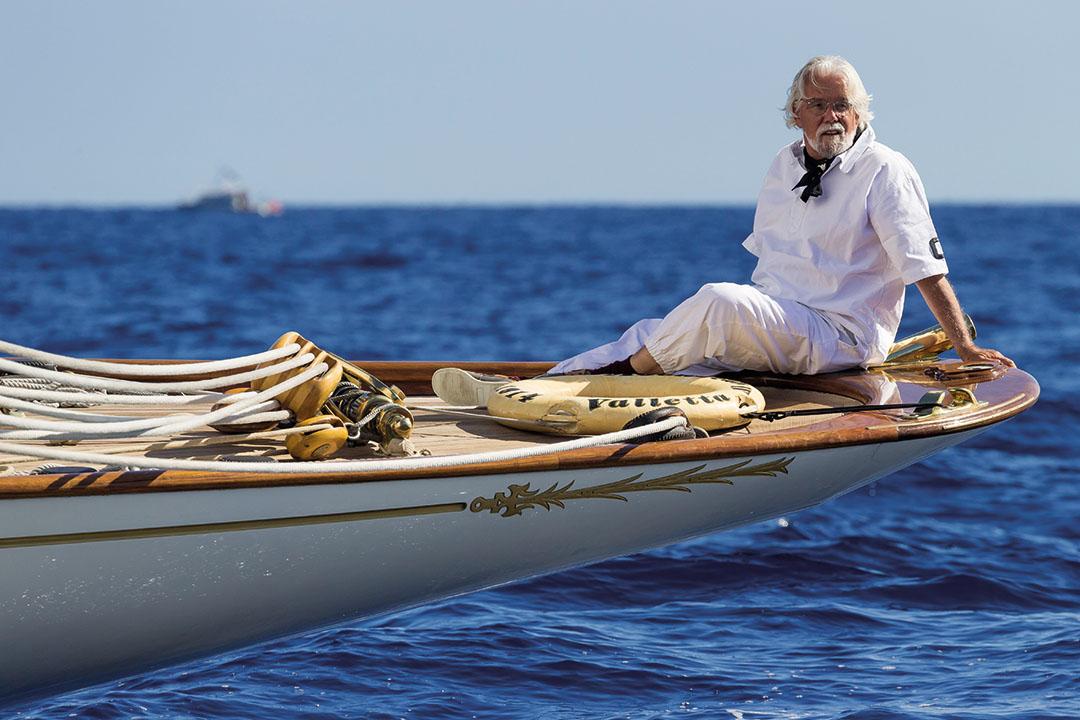 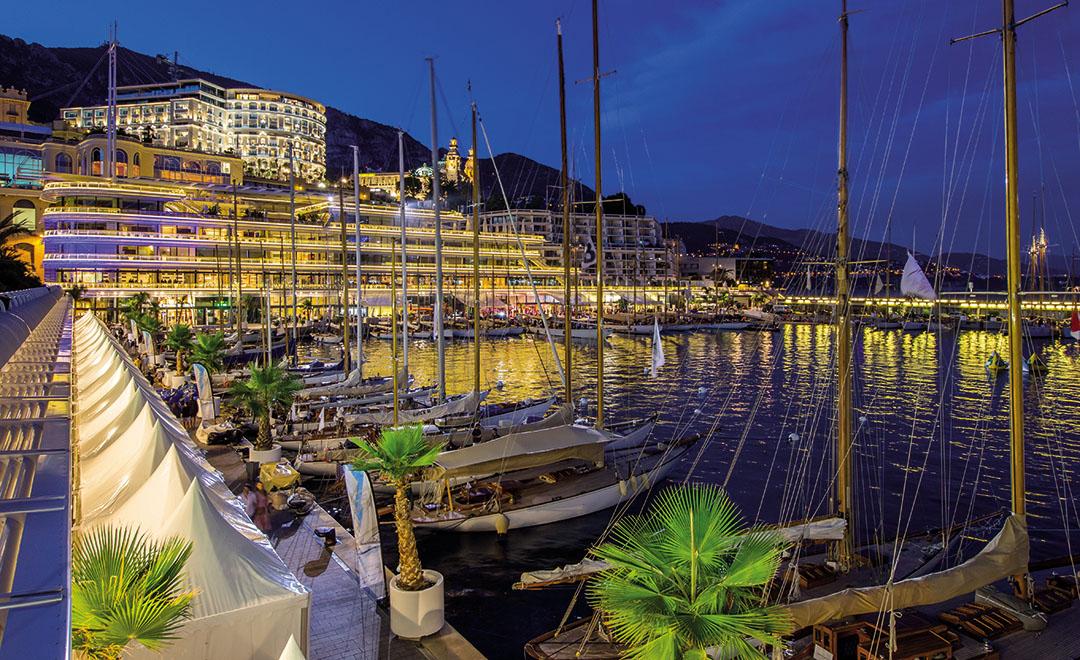 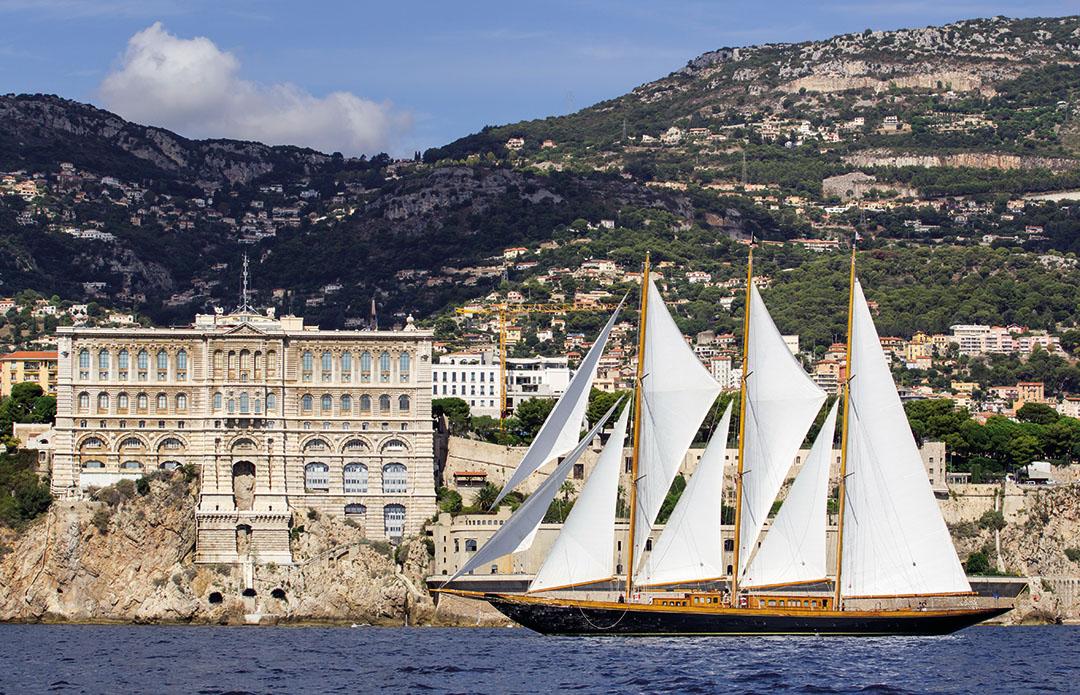