"To defend and promote the sea values"

Despite the absence of a water body in its vicinity, the Yacht Club de France is one of the most dynamic clubs, offering or sponsoring high-flying regattas, but also events ashore.

“To contribute to the development of recreational boating in all its forms; in cruising or racing, to defend and promote the values of solidarity, courtesy and moral elegance animating all seafarers”. Such has been the vocation of the Yacht Club de France (YCF) since its creation in 1867, under the name “Société d’Encouragement pour la Navigation de Plaisance”, under the high patronage of Napoleon III”. As it was involved in the development of the yachting policy in a national and international framework – which is still its mission today – it was in Paris, where authorities are located, that the club naturally settled by the will of its founders. And despite the absence of a nearby water body to organize nautical events, its dynamism is widely recognised.

In addition to the numerous events, conferences and meetings organised each year in its salons of the 16th arrondissement, the club also encourages a certain number of sea events through its sponsorship. Since the end of the 1950s, it has been building up a circle of allied clubs with the same approach to the sea and its values. Patron of the Tour de France à la Voile since its creation in 1978, the club is also a partner and technical supplier for the next Vendée Globe. Since 2016, it has also been supporting the Dhream Cup / Grand Prix de France, an ocean racing event created by club member Jacques Civilise, which celebrated its third edition last July. Every year, the YCF also organises the Yacht Club de France Autumn Cup, a race for classic yachts from the site of the Regates Royales (Cannes) to the Les Voiles de Saint-Tropez”. The YCF is very active at the national level, but also on the international scene. Last year, it was invited to the Rolex New York Yacht Club Invitational Cup, organised by the New York Yacht Club, which brings together the 20 most prestigious international yacht clubs.

Its members regularly excel in major international competitions, like the Fastnet that last year saw its crews win in three categories of racing. The club has also recurrently taken up the French challenge for the America’s Cup, France being the only country with the United States to have participated in all editions since 1970. With 500 active members today, the Yacht Club de France has seen some of the most famous navigators sail under its burgee: Jules Verne, Virginie Hériot, Alain Gerbault, Commander Charcot, Guy de Maupassant and Eric Tabarly. Today, it boasted famous personalities including Gérard d’Aboville, Marc P.G.Berthier, Catherine Chabaud, Olivier de Kersauson, Franck Cammas, Michel Desjoyeaux and Jean-Michel Barrault. Note that to become a member of the Yacht Club de France, one must be recommended by two sponsors. Candidates are chosen on merit, based solely on their attachment to the values of the club. Owning a yacht or civil, citizen or military recognitions is irrelevant.

A member of the Yacht Club de France since 2005, Philippe Heral has quickly became involved in its institutions. First a member of the Legal Committee, he then joined the Council in 2011, and from 2015 his Bureau as Vice-President for Home Affairs. He was elected president at the Club’s Annual General Meeting on May 23rd, 2018.

What are the specific features of your club ?

The Yacht Club de France was founded in 1867 as a society for the encouragement of pleasure boating at the instigation of Napoleon III, an association recognized as serving the public good by the Decree of July 30, 1914. The Yacht Club de France’s undeniable statutory aim is to contribute to the development of pleasure boating in all its forms.This is certainly its first specificity since its mission goes far beyond the sole interest of its members to serve the cause of all yachtsmen, both nationally and internationally, by its contribution to the development but also to lightening of regulations on the practice of sailing and motor boating.Its second particularity is to be located inland, far from the coast, but to be involved there and offshore through its Allied Clubs – about sixty in France and abroad – and its very active members, be it in itinerant navigation but also in coastal or offshore racing.

We have 500 members, like the Royal Yacht Squadron, except that we do not have a numerus clausus and that we continue to develop the club and the diversity of membership by, in particular, rallying a larger number of members. Currently about 8% of them are foreigners, all sharing our passion for the sea and sailing.

What are the key events organized by the YCF?

The Yacht Club de France, at the origin of famous races such as the Giraglia with the Yacht Club Italiano in a fraternal and sporting reconciliation process with Italy in 1952, is present in many renowned nautical events that it sponsors. It is directly involved as an organizing club in some events such as the Coupe d’Automne du Yacht Club de France, a traditional and very popular event between the Régates Royales de Cannes and the Voiles de Saint-Tropez, this year’s Drheam Cup – Grand Prix de France de Course au Large – between Cherbourg and La Trinité-sur-Mer and as a partner in the 2020 Vendée Globe.In addition to participating in many other events at sea, rallies and meetings, it also brings together all year long members and guests ashore around our passion subjects for conferences, themed dinners, site visits and training areas. Finally, the Yacht Club de France has committed to a performance-based approach by creating the Yacht Club de France’s Racing Pole, which aims to bring together talents, to be present on top-level circuits.At the same time, it is actively involved in an approach to implement standard-setting and disseminate guiding principles aimed to encourage the active consideration of the imperatives of protection of our maritime environment.

Your best memory as president?

On a sporting level, it is unquestionably to see so many young people joining the Yacht Club de France to form crews and take part in the most beautiful races. It was also to see three boats manned by “more senior” members win the Fastnet 2019, each in their own category and with such crews.

In your opinion, what are the advantages of a twinning with the Yacht Club de Monaco? How do these take concrete form?

We are happy and proud to be Allied Clubs since the end of the 1980s. This is a very conducive environment for the accomplishment of the missions we share, by our complementarity, our same thirst for excellence, our common requirement to promote naval etiquette and crew spirit. We work closely, within the framework of the International Committee of the Mediterranean, on the development, evolution and update of the tonnage of classic boats. And we are working in the same way on the issues of environmental protection, of which the Yacht Club de Monaco is an undisputed and respected reference. 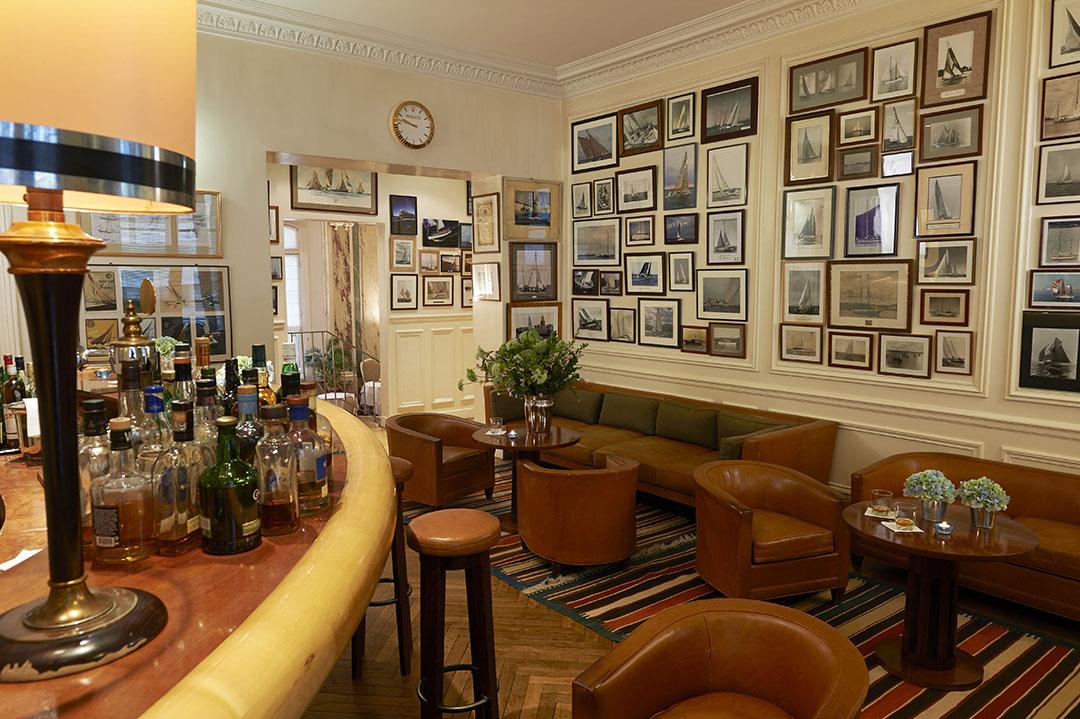 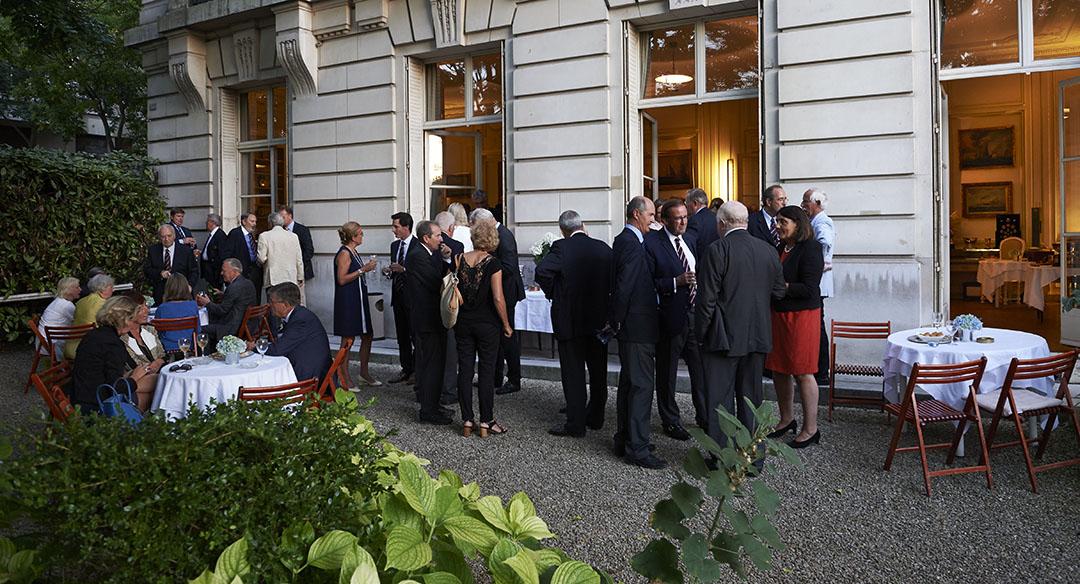 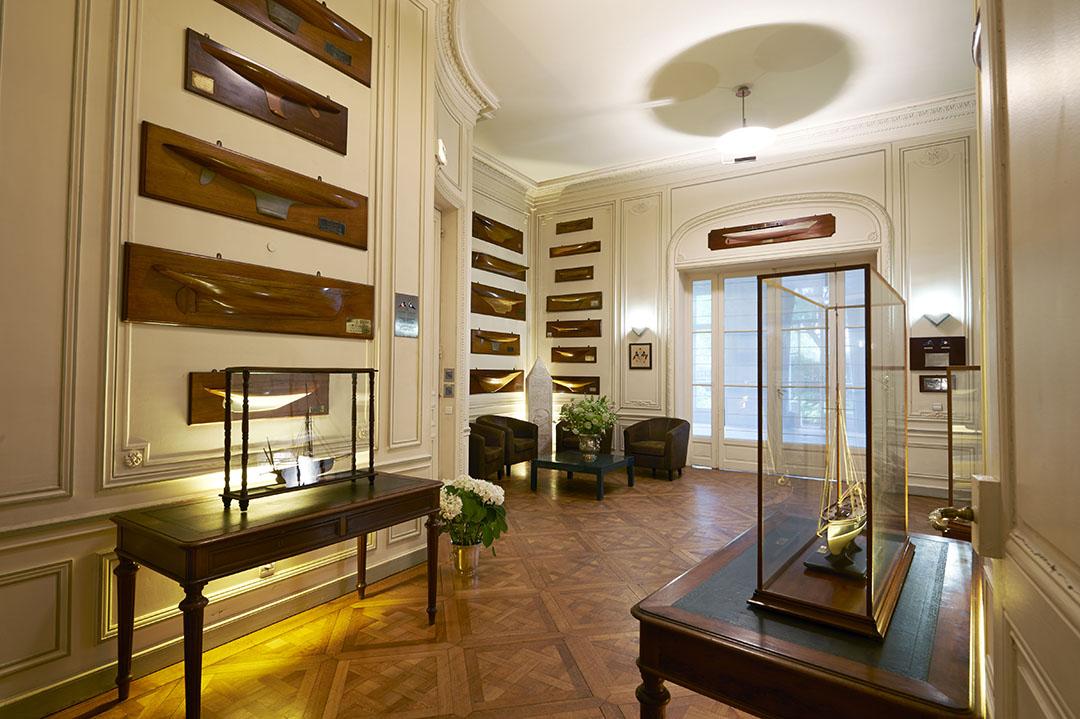 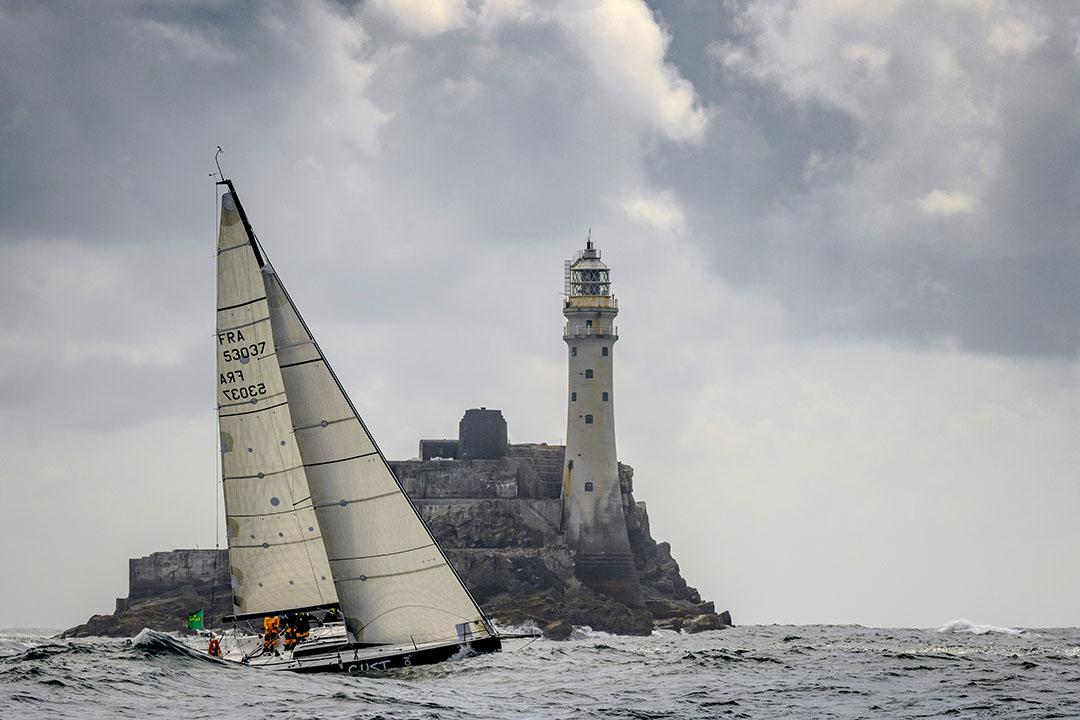 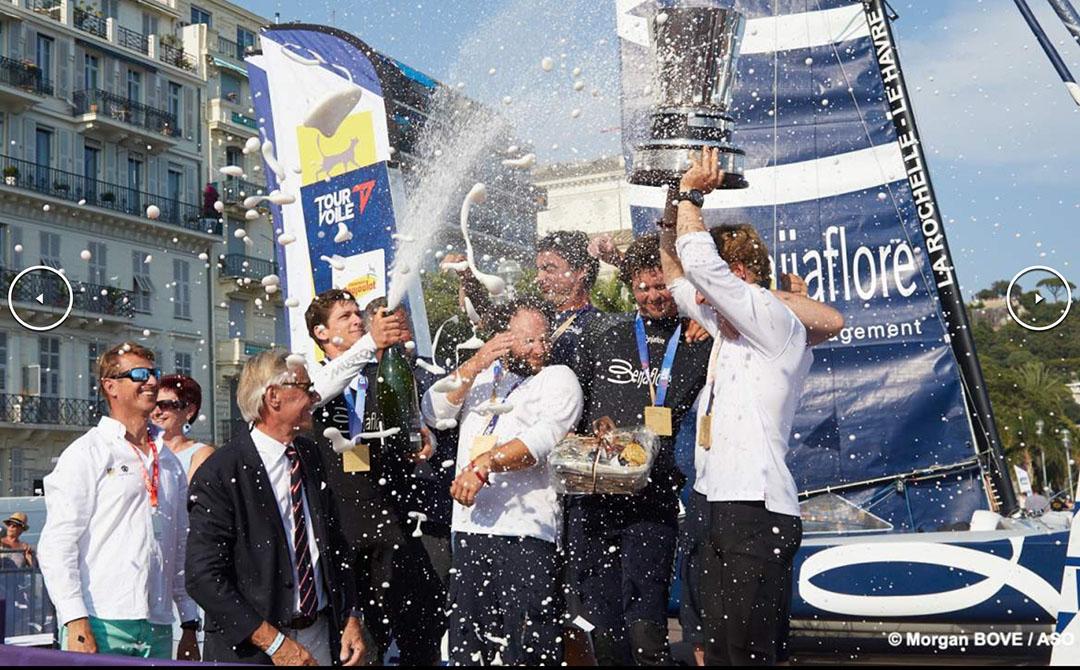 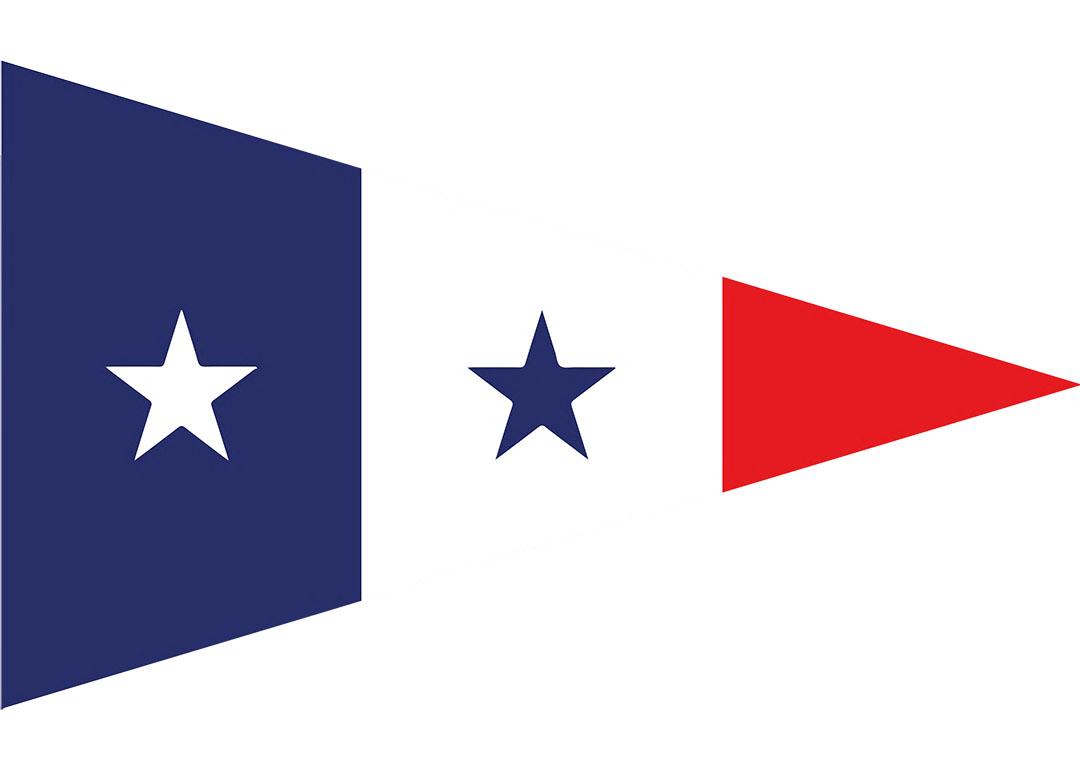 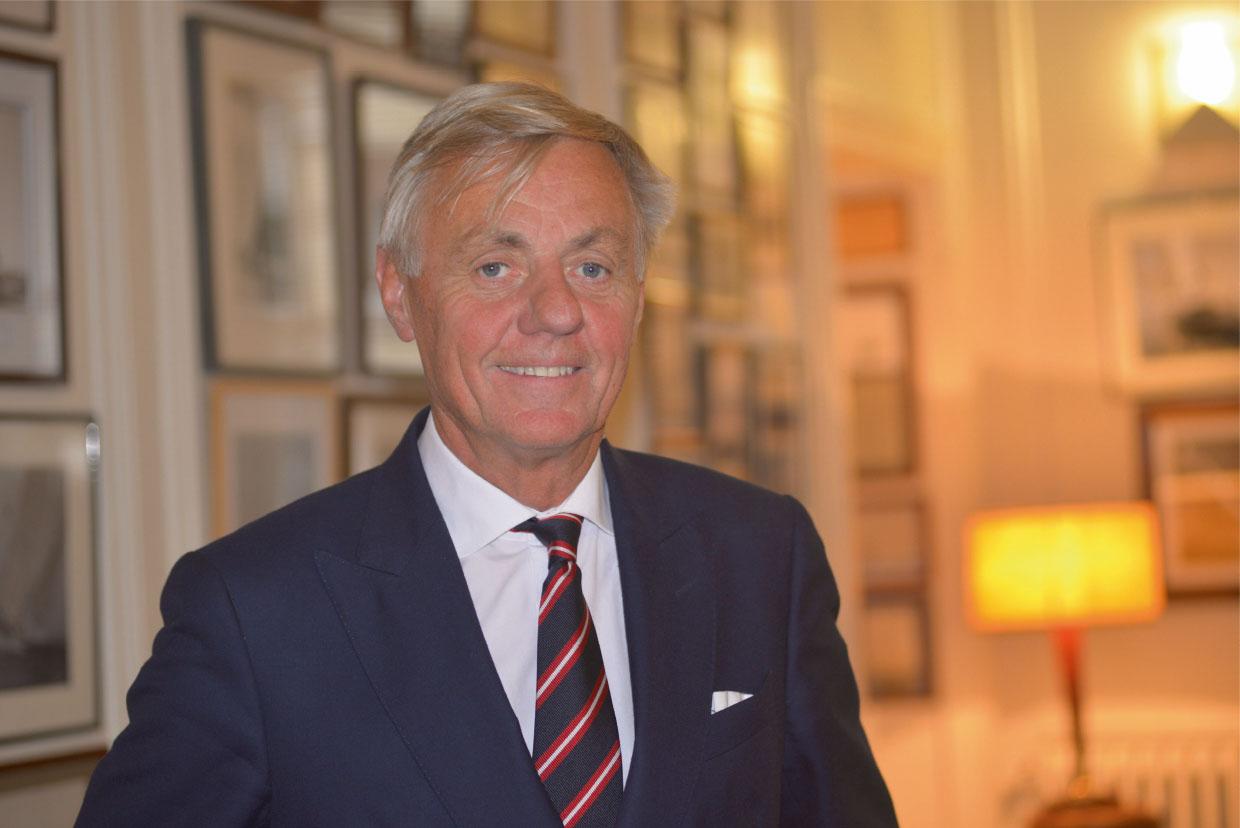